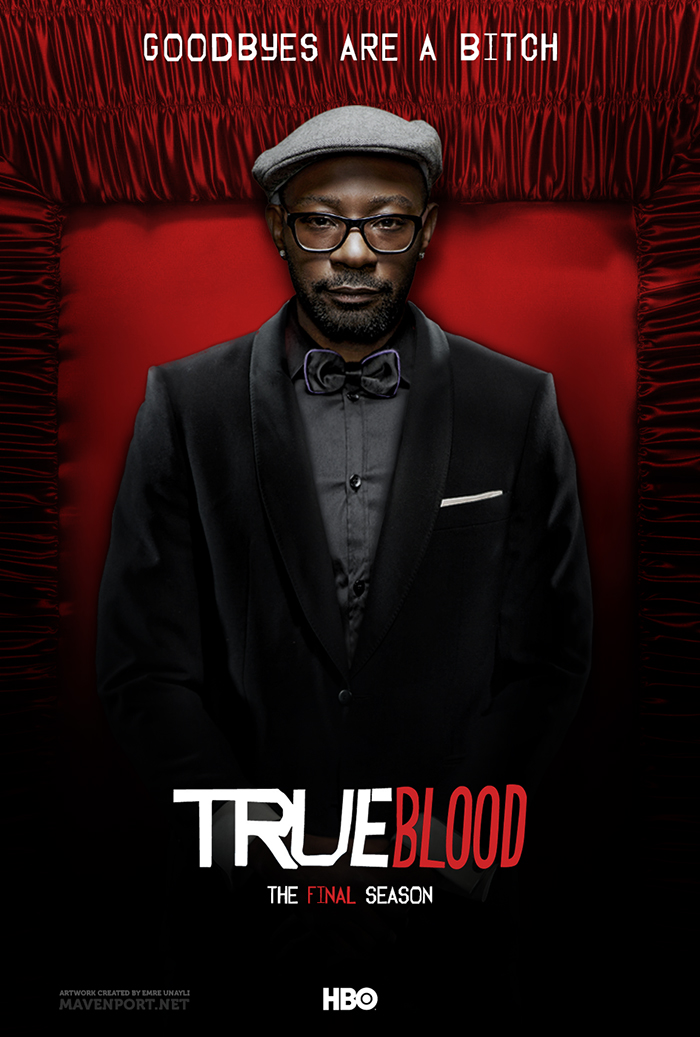 If you’re a regular reader of my weekly True Blood recaps here on HL, then surely you’ve caught onto the fact by now that I haven’t thus far been a big fan of the show’s seventh and final season.

Quite frankly, the first three episodes of Season 7 just plain bored me, with little happening and far too much of a focus on characters I couldn’t care less about.

Just as I was wondering if maybe it was best to throw in the towel, along came last night’s exceptional episode, which seemed to be tailor made for fans like myself, who were pretty sure there wasn’t much bite left in this old dog.

‘Death is Not the End’ was the episode I’ve been waiting for, and for the first time this season I’m actually excited about the show being back on the air.

The thing I’ve always loved most about True Blood is the characters, who are an absolute blast to hang out with. Last night’s episode FINALLY put 99.9% of the focus on those main characters, effectively reminding me why I fell in love with each of them in the first place.

Jason was equal parts goofy and badass, Sookie was equal parts annoying and charming, Eric was just plain badass and all the others spent most of the episode acting the way we love them to act, making the episode a real treat for us fans who have been along for the ride since the very beginning.

In the opening pre-credits segment, Jason and Sookie were respectively tasked with calling Hoyt and Alcide’s father (Robert Patrick!) with the bad news we bore witness to in Episode 3, which allowed for the return of two characters we haven’t seen in a while. Jason’s phone call to Hoyt, informing him of his mother’s death, was particularly emotional, tinged with the sadness of Hoyt having no idea who his former best friend even is – last time we saw Hoyt, he was of course glamoured by Jessica, erasing Jason completely from his memory.

After making us feel all the feels, the episode then treated us to a particularly awesome series of flashbacks, with Eric and Pam reminiscing about their past, while flying back to Shreveport – Eric decided to take a detour to find Willa, before they go on to track down and eviscerate Sarah Newlin.

I’ve been ragging on the flashback sequences that we’ve seen thus far in Season 7, because they’ve ultimately felt kind of pointless, but I have absolutely nothing bad to say about these ones, which told the origin stories of Fangtasia. As it turns out, Fangtasia began its life as a video rental store that Eric and Pam were tasked with running in 1986, as punishment from the Vampire Authority.

The scenes in the video store were absolute bliss for those of us who have strong nostalgic attachments to the old mom and pop video shops, the shelves stocked and walls lined with VHS tapes. Jumping from 1986 to 1996 and then to 2006, the flashbacks tracked the evolution of those shops, from VHS to DVD to ‘Going out of Business’ sales. We also got to see what Eric looked like as a 90s video store clerk, which was smile-inducing, to say the least.

Through the flashbacks we learned that Ginger worked at the video store with Eric and Pam, and it was in fact her who came up with the idea in 2006 of turning it into a vampire nightclub – though Pam glamoured her for the purpose of taking the idea and making it her own. While most of the flashbacks we’ve seen this season felt like nothing more than time-filler, these ones were both entertaining and meaningful, adding a fun new layer to the True Blood mythos.

The Fangtasia origin story was also a smart idea because it allowed for the writers to segue right into the episode’s main attraction, with Sookie finding out from Holly that Fangtasia is the building the H-Vamps are hiding out in. In the wake of the realization, Sookie rounded up all of our favorite characters in an attempt to storm Fangtasia and save Arlene, Sam’s gal pal and whoever else was still alive in the basement, a quest that began with the rehabilitation of Jessica.

Jessica hasn’t fed since devouring Andy’s fairy daughters and as a result, the bullet wound she sustained in Episode 3 is healing in pesky human time. Sookie convinced Jessica to feed and it was from Lafayette’s arm that she agreed to drink, essentially so that an already awesome episode would be made all the more awesome by a Lafayette appearance – which it indeed was.

The gang all together – Bill, Sookie, Jason, Jessica, Willa and even Eric and Pam – they carried out their plan on besieging Fangtasia, ending the episode on an insanely gory and intense note. Using Sookie as faux bait, Eric entered Fangtasia and told the H-Vamps that they could feed on her fairly blood – sip, don’t chug, he instructed – setting the stage for the rest of the characters to storm in, guns blazing, and turn the villainous vamps into puddles of blood.

Before they were able to do so, however, Arlene suffered several bites and was barely holding on to life, with Sookie and an uninfected vamp swooping in just in time, to save the day. The almost-death was incredibly powerful on an emotional level, with Arlene having visions of her late husband Terry, and finding herself torn between going into the light or staying alive. Ultimately, she decided to stay alive for her kids, saying goodbye to Terry once more.

I cried. I totally cried.

Sookie held Arlene and shared a moment with Eric as the screen faded to black and Bob Dylan’s ‘Death is Not the End’ escorted us out, the song serving as an awesome period on what was surprisingly quite an awesome episode.

Feeling very much like a mid-season finale, last night’s episode was hands down the best of the season thus far, delivering everything that I was hoping this season would deliver. Not only were the main characters the main focus, but so too have they finally started to band together to fend off a common enemy, putting aside differences for the betterment of Bon Temps. The whole episode actually felt like the beginning of the end, for the first time this season, which was nice to see.

Again, I love the characters of True Blood a whole heck of a lot, and seeing them be them, and work together, was a real treat. As I’ve been saying all along, that’s the kind of thing us longtime fans deserve from this final season, and I can only hope that the momentum of last night’s episode is kept up, throughout the next six of them.

I guess this old dog has still got some bite left in her, after all. After a dull first three episodes, True Blood finally feels like its back.