“Pushy parents can drive you nuts.”  –Greta Gibson, A Nightmare on Elm Street 5: The Dream Child

We’ve all seen them. That mom or dad on the baseball (or soccer or football or……) field who cheers their kid on from the stands believing that if they just scream loud enough and be the most obnoxious parent in the rafters, it’ll give little Johnny that winning edge. Well, movies are just like that in their own way. Whether behind the cameras or in front of them, there is someone who believes in someone or something so much, they don’t realize that people are rallying around the idea of them being attacked by rabid dogs. Nowhere in cinema (with the exception of Mommie Dearest) is this more true than in the horror genre. Below are, in my opinion, the top ten worst parents in horror.

This guy thought he had it all figured out. Buy a house where murders allegedly took place, don’t tell anyone (not even my wife), then proceed to utterly break the balls of my only son to pieces. BAM! What tie should I wear when I receive my “Father of the Year” award? Never once did Mr. Walsh bother to ask poor Jesse how his day was or when he was finally going to come out. Like any good father should, he accused his children of tampering with the gas line, doing drugs and shoving cherry bombs up the butts of household pets. I was just waiting for Freddy to pull the jack ass through the door like he did to Nancy’s mom. 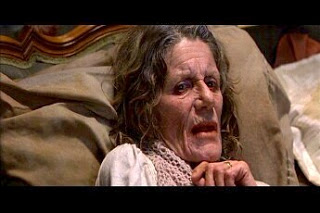 Generally as a parent, there are only a few things you can do that will screw your kids up for life. Number one on that list is to constantly remind them that they are unwanted. That’s exactly what Willard’s mom does to him. Even goes so far as to tell him she hates his name and tries to give him a new one (Clark) as a grown man! Bottom line, if she hadn’t died before Willard let the rats move in, I’m pretty sure that Ben would’ve eaten her face. 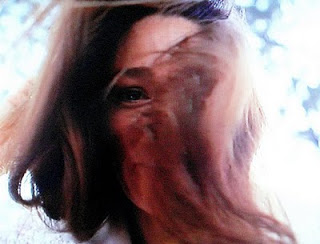 When we meet Norman Bates for the first time in 1960, we are told of his beloved Mother, and the horrible things she used to do. It was not until the very underrated fourth film that we know exactly what she did. This woman was an incestuous masochist of the worst kind. Tickling little Norman at his father’s funeral, then slapping him across the face for laughing at his father’s funeral (“Have you no respect for the dead!”). Let’s not forget some of the sexualities she allowed her son to be exposed to. It’s a wonder Bates kept her around. 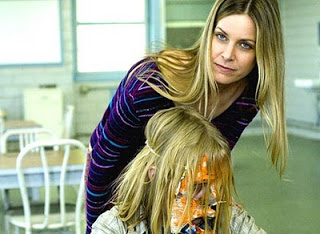 Unlike most parents on this list, Deborah actually loves her children. Sadly, she let herself get wrapped up in a terrible relationship with Ronnie. One night, he got drunk and fell into an empty swimming pool, confining himself to a wheelchair until he can recover. She allows him to stay in the house where he berates, verbally and mentally abuses Michael and talks about Deborah’s underage daughter in a sexually explicit fashion right in front of her. I don’t understand how anyone would tolerate that kind of behavior in front of their children for more than five minutes over the course of a lifetime, and these kids deal with it everyday at breakfast. And she wonders why Michael was crazy…… 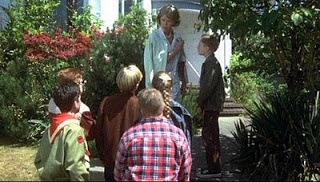 If I could put her in the top 5, I would. I just don’t feel good about it since in a 3+ hours miniseries, she gets less than 10 minutes of screen time. But she packs a lot of smothering into what little time she had. “Don’t take showers with the other boys, Eddie; I don’t want you to catch their germs.” What a wacko. And either way, poor Eddie is screwed. He’s a mid 30s virgin living with his mother in the movie and in King’s book he marries a woman who is just as much a ball buster because it’s all he knows. I think I’d rather have Pennywise bite my arm off. At least I’d float.

We’re not going to let the fact that McCulloch was an uncle and not a parent keep him off this list. He had an alternate death sequence where he was beaten to death with the stick that Jason pulled out of his ass. He’s that bad. And the worst part about him is that he doesn’t even realize what a douche he actually is. Telling the son of a ship captain he doesn’t know how to navigate? Throwing your niece in the middle of the lake to teach her how to swim? The first time I saw this movie, I thought he must have been the school principal. The way he was telling everyone who misbehaved he’d see to it they’d repeat senior year. Really? I think you’re an English teacher on a power trip. And honestly, if my senior trip was a cruise to NYC, I wouldn’t think twice about repeating. I might miss another cool trip if I graduate.

4. Racine Gibson (A Nightmare on Elm Street 5: The Dream Child) 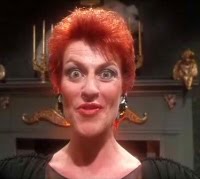 I have never been the kind of person who thought outward appearances were the end all/be all of a person’s existence. Then again, my name was never Racine. I think that Racine was the beginning of what we now know to be the “Pageant Mom”. Assuring us that there is no rest for the wicked, this cold shrew forces her sleepless daughter into a dinner party just to try to get her a modeling contract that Greta doesn’t even want. Just another sad old harpie trying to live vicariously through her hot daughter. I wonder who she dolled up after Freddy killed her daughter. The party guests probably shunned her based on Greta’s poor table manners. 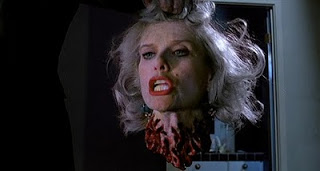 Sorry about having so many Nightmare flicks on the list. But you have to admit, there has been some pretty lazy parenting on Elm Street. I promise you, Kristen’s mom is the last one on the list. She made the list for several reasons. One of them being her voice. I just couldn’t stand to hear a word she said. Freddy cut her head off and she still wouldn’t shut up. The fact that her daughter was in a psych ward didn’t seem to bother her too much. “She’s just trying to get some attention, that’s all”. Really? Slitting your wrist is a pretty big attention getter. She seemed more concerned about missing her garden club. And by garden club, I mean vodka. The only thing I hated more than all of that was “Ondelay!!!!” I still don’t know why her screaming Spanish bothered me so much, but it did. And drugging your daughter with so many sleeping pills it changed the color of water? I’m still not even sure that Freddy was what killed poor Kristen. 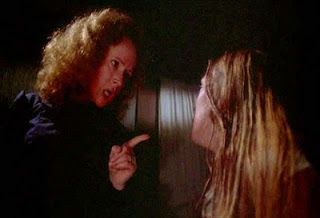 You knew she was on this list before you even started, didn’t you? This woman preached hellfire & brimstone the likes of no televangelist past, present or future. If it was fun, you bet it was sin. If it was bad, you were being punished for your sin. If the sun came out, it was a sin. Now get in your closet and pray. What’s sad is that Margaret is clearly insane, but it was brushed off as just being a religious fanatic. That wild look in her eyes that she gets when she’s walking down the stairs with that knife is still something that creeps me out just to think about.

Where to start with this one, huh? Poor Lionel could never catch a break with Mum. Every time there was something around the house to be done, Lionel did it all. He couldn’t even go on a date without her snooping around in his business. Next thing you know, she’s bitten by a rat monkey, eating dogs and decapitating nurses. Despite all of that, Lionel was still a loving and dedicated son. You know, until the lawnmower scene.