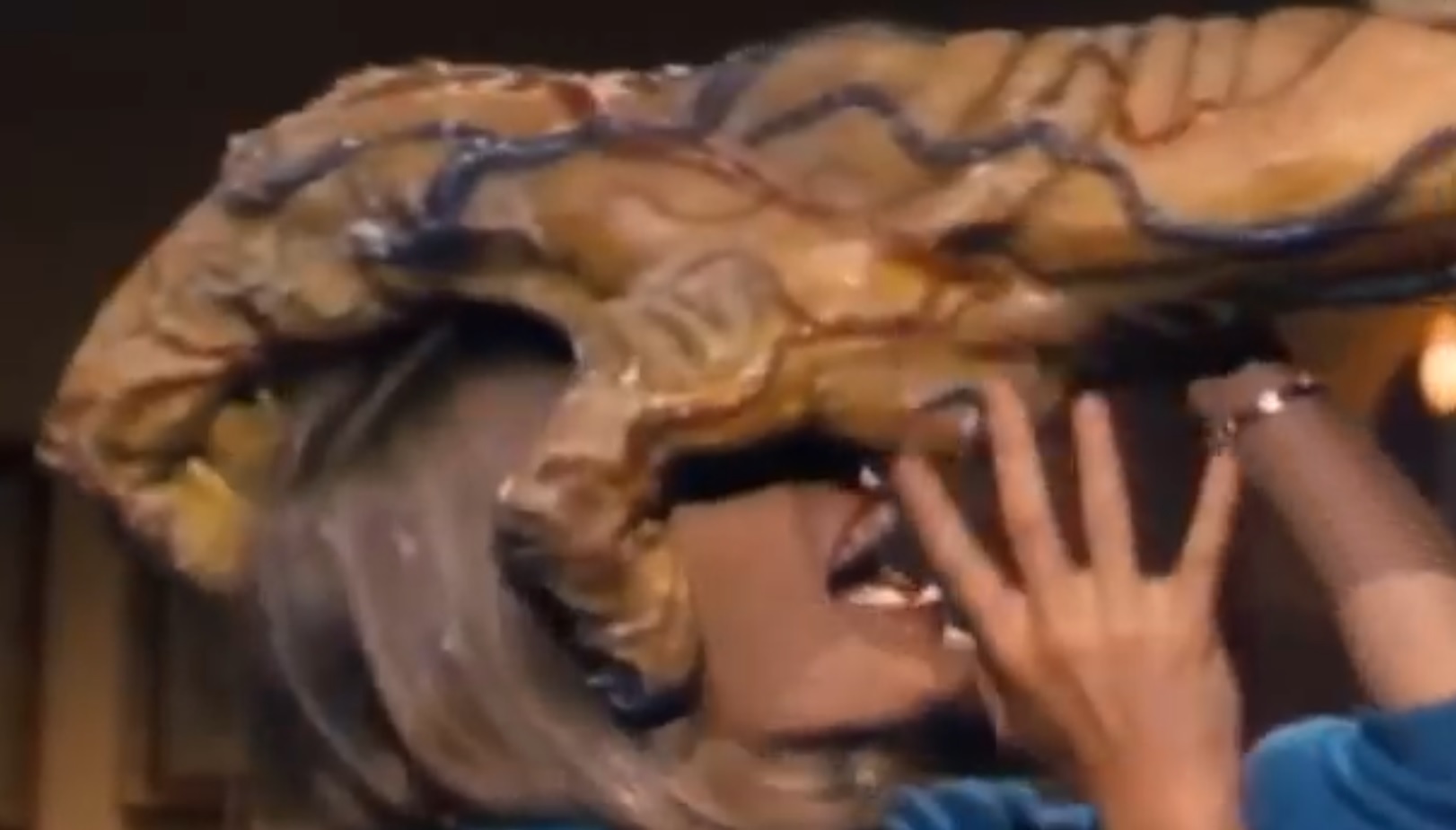 Though December the 25th is of course the most joyous day of the year, a celebration of the birth of Jesus Christ that brings families together and bestows presents on all the good boys and girls, even the most sacred of all holidays isn’t without its dark side. From the Grinch to Krampus, Silent Night, Deadly Night‘s Billy to those pesky little Gremlins, Christmas is a holiday that’s seen its fair share of curmudgeons and scrooges over the years, holiday villains that have threatened to destroy all the joy.

But there’s one Christmas villain that just plain don’t get no respect, and it’s that Rodney Dangerfield of holiday horrors that I’m here to shine the red and green spotlight on today. His name is The Grither, and if that’s a name you don’t recognize, then allow me to remedy that for you.

Though the second episode of HBO’s Tales From The Crypt TV series, titled And All Through The House, is the Christmas-themed horror television episode that tends to get the most recognition around this time of the year, Tales From The Darkside actually brought a tale of Christmas terror to the small screen several years prior.

The precursor to Tales From The Crypt, though heavily inspired by the EC Comics that soon thereafter got their own television adaptation, the George A. Romero-created Tales From The Darkside aired from 1983 through 1988, a direct product of the success of 1982’s Creepshow. A total of four seasons comprised the series, and it was episode 11 of Season 3 that we’re here to talk about today.

Originally airing on December 29th of 1986 (my birth year!), the episode Seasons of Belief infused ample doses of the Christmas spirit into Tales From The Darkside, the show giving birth to a holiday villain that gave the Grinch a run for his money. Written and directed by novelist Michael McDowell, the episode starred Creepshow‘s E.G. Marshall as a mean father who tells his kids a bit of an untraditional story on Christmas Eve, not about Santa but rather about his evil counterpart; The Grither.

The Grither, he says, lives in a cave on the other side of the mountain that Santa resides, housed inside of a wrecked and abandoned ship. The Grither hates nothing more than to hear himself talked about, you see, and it’s the repetition of his name that brings him to life.

Of course, like all of us who heard the legend of Bloody Mary in our childhood and then soon thereafter found ourselves standing in front of the bathroom mirror, the kids repeat his name over and over again, believing in the character as much as a teenager believes in Santa Claus. But by the end of the night, a certain creature will be stirring, all through the house…

Take 20 minutes out of today’s festivities to watch Seasons of Belief, which you’ll find below. And whatever you do… DON’T SAY HIS NAME!