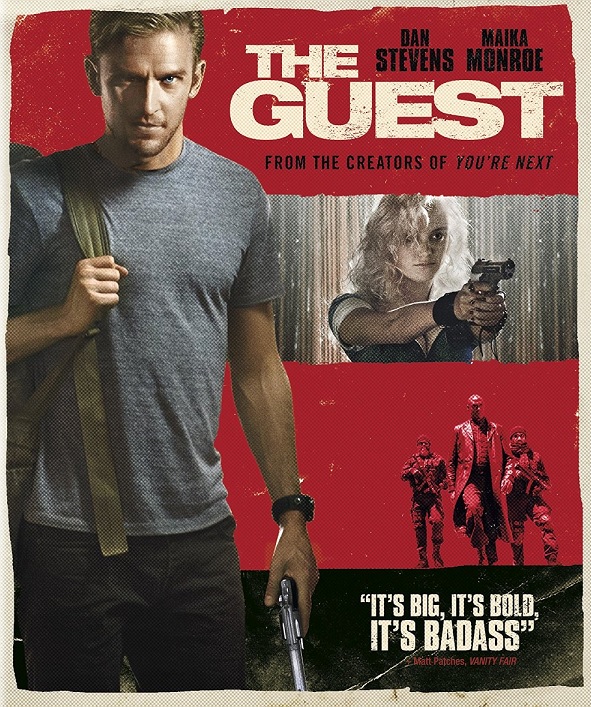 One of the films that has been popping up on many horror fans’ Top 10 of 2014 lists is The Guest, directed by Adam Wingard (You’re Next). And while it’s not quite a horror film, it’s hard to disagree with that genre classification.

*If you haven’t yet seen the movie you might want to avoid this post before you do, as there are some spoilers throughout!*

In The Guest, Dan Stevens plays a mysterious soldier who shows up on the doorstep of a grieving family, claiming to be a good friend of their deceased son. Though at first his story appears to check out, strange things begin happening in the wake of his arrival, and the family’s young daughter starts to suspect that all is not as it seems.

The origin story of The Guest dates back to a double feature that writer Simon Barrett attended, which inspired him to pen his own little tribute to both films, by mashing them together into one. The movies that he saw on that fateful day were The Terminator and Halloween, and The Guest is indeed a fusion of those two fan-favorite classics.

Right from the get go, the Halloween inspiration is clear, as The Guest‘s opening credits see the title of the film spelled out in John Carpenter’s trademark font. From there, the image of a carved Jack O’Lantern fills the screen, and if your eyes don’t pick up on either reference than your ears surely do, as the ever-present score is unmistakably Carpenter-inspired. 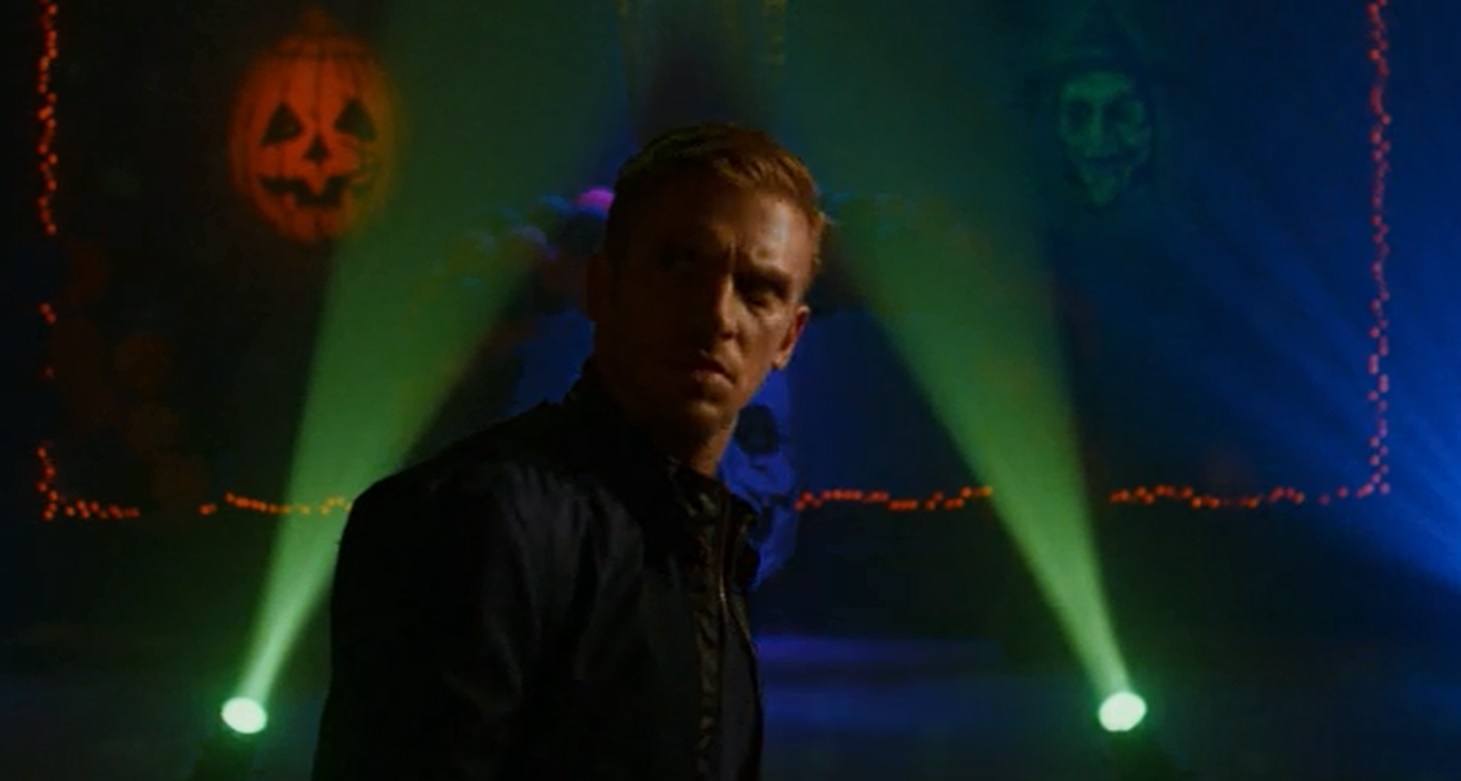 Even if you don’t fall in love with The Guest, you will at least appreciate the score, which is ripped straight out of the playbook of John Carpenter and frequent collaborator Alan Howarth. Steve Moore’s synth score is exceptional and gloriously 80s, taking more than a little inspiration from the music heard in Halloween 3 – there’s even a badass visual reference to the oddball sequel (above), toward the end of the film.

But what makes The Guest such a treat for Halloween fans isn’t simply that it features some references to Carpenter’s work but rather that it is in many ways a spiritual remake of Halloween – turning the classic horror film into a shiny new action thriller. A slasher film inside of an action film, The Guest wears its inspirations on its proverbial sleeve, and Dan Stevens’ character David Collins is a sort of badass, super cool version of Michael Myers.

A seemingly inhuman force who arrives in a small town around Halloween time, David is Michael Myers without the white mask, and like Myers he leaves a trail of bodies in his wake. As it turns out, David is a government-created killing machine who is programmed to slaughter anyone who gets in his way, making him an unstoppable slasher villain by way of a hunky action star. 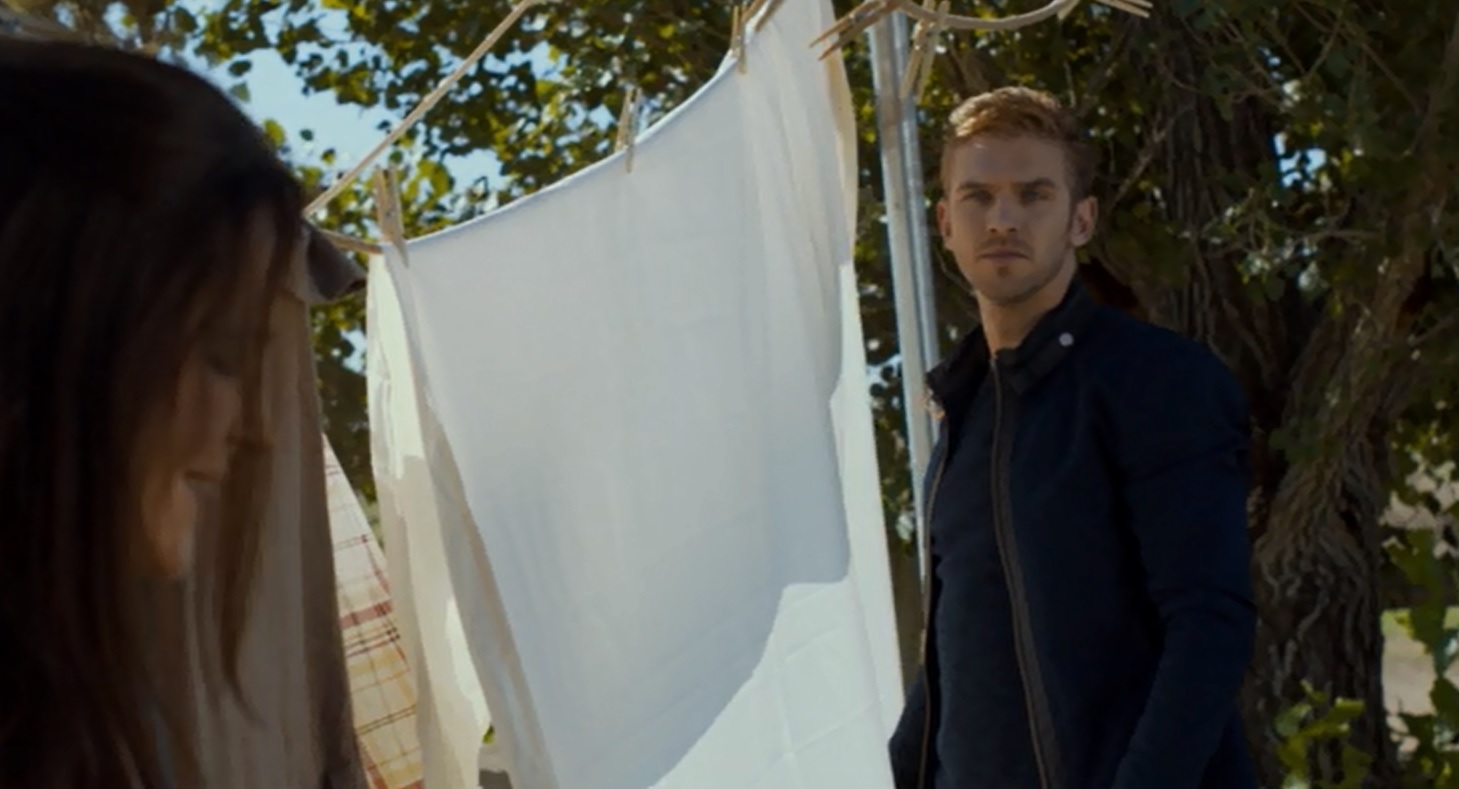 Up above this paragraph is one of my favorite shots from The Guest, which all but solidifies David’s status as the film’s pseudo Michael Myers. Standing next to a white sheet, and dressed all in blue, the shot calls to mind a similar shot from Halloween, where Laurie spotted Michael ominously standing amongst white sheets, hanging on a laundry line.

Like Halloween, The Guest ends with its unstoppable villain seemingly being stopped, as Laurie Strode-like heroine Anna fights back and sticks a knife into him. But as Dr. Loomis found out, you can’t stop pure evil, and David manages to survive and blend back into society. It’s strongly suggested that his next move is getting surgery to alter his appearance, which is essentially the character’s version of a blank-faced mask – hello, sequel potential.

Whether you consider it a horror film or not, The Guest is indeed a particular delight for us horror fans, as it aesthetically feels more like a Halloween film than Rob Zombie’s remakes. It’s also perhaps the downright coolest film of 2014, which is largely thanks to Dan Stevens’ utterly compelling performance as David. He’s super cool when he wants to be and super evil when he has to be, and Stevens is like Cruise and Gosling, all rolled into one. Cue swooning. 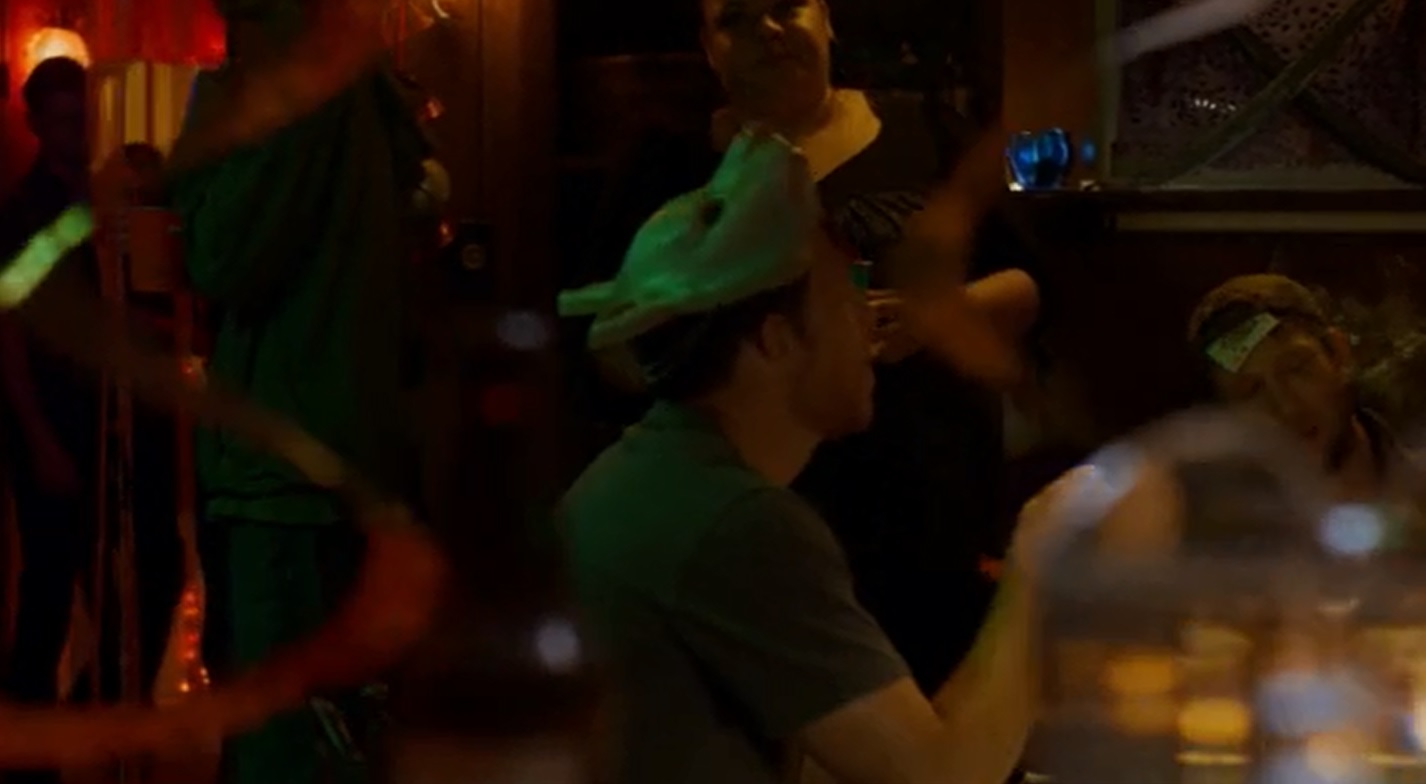 The Guest is now available on home video as well as on demand, and I highly recommend you check it out. Oh and keep your eyes peeled for a few references to You’re Next – the previous Wingard/Barrett collaboration!