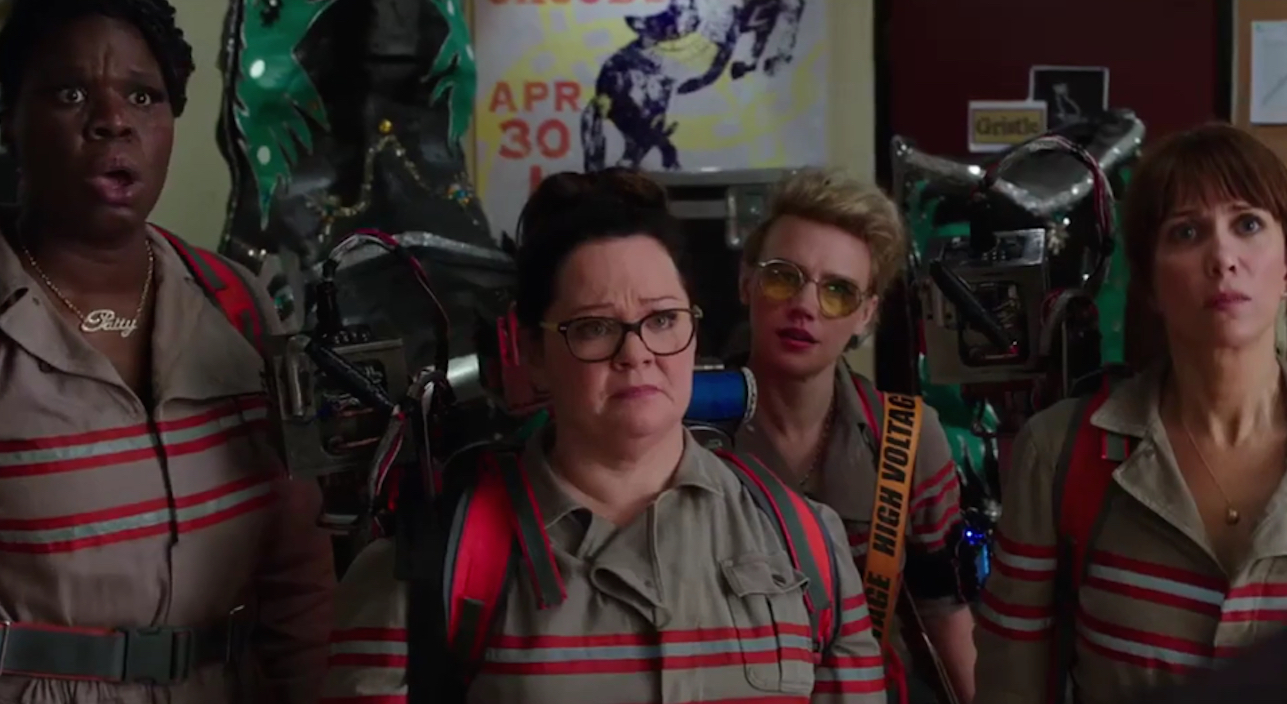 Batten down the hatches! Another trailer for Paul Feig’s upcoming Ghostbusters movie has just hit the interweb. Is it two minutes of quick-fire clips that can start to improve the overwhelming negativity that is surrounding this battered and bruised production? Let’s take a quick look …

I must admit that some of the humor is really starting to tickle me, with Leslie Jones consistently delivering lines that made me grin. She’s a powerful comedy actress who will probably divide opinion in a big way, but most of her ‘moments’ in this new trailer successfully found my funny place!

It was good to see more of New York and the chaos that will inevitably unfold. A mushroom cloud of green mist rising above a skyscraper, a familiar dark apocalyptic sky – it’s all starting to look a little more epic. I also REALLY liked the TV news clips discussing the Ghostbusters and if they can be trusted. It was a nice throwback to the original 1984 movie and made me nod in approval. 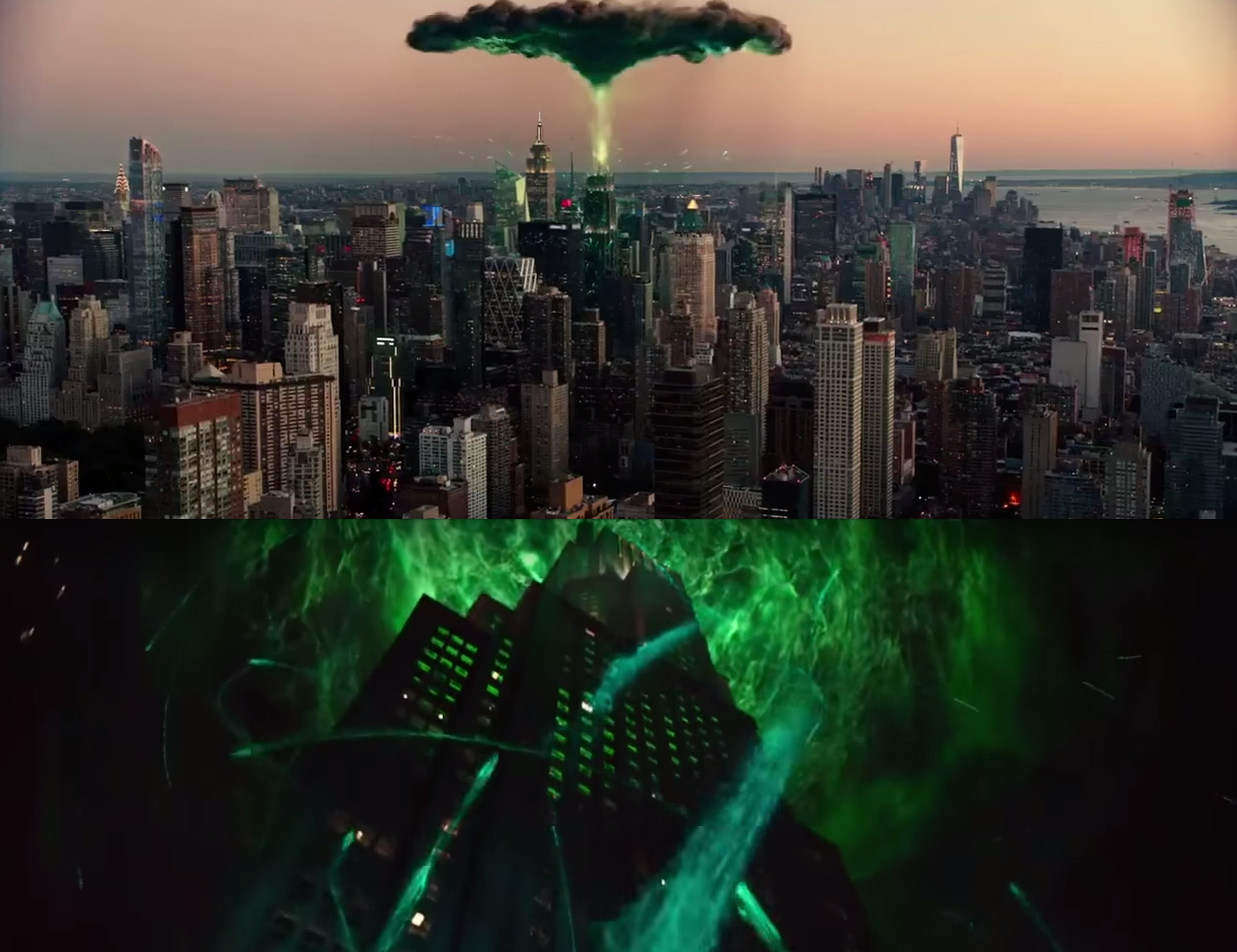 Hemsworth… EVERY damn time he appeared in this trailer I cringed. MAYBE his character will make sense once I see the full movie? Maybe he will have a purpose that drives the story forward and he will actually contribute some quality? This is a movie that is getting a crazy amount of hate for daring to give us an all female team, but from what I’ve seen so far it’s the presence of the big blonde DUDE that just feels wrong. If he’s just there for cheap laughs and to make the girls swoon every now and then with his dumb enthusiastic antics, then he alone could damage any potential. 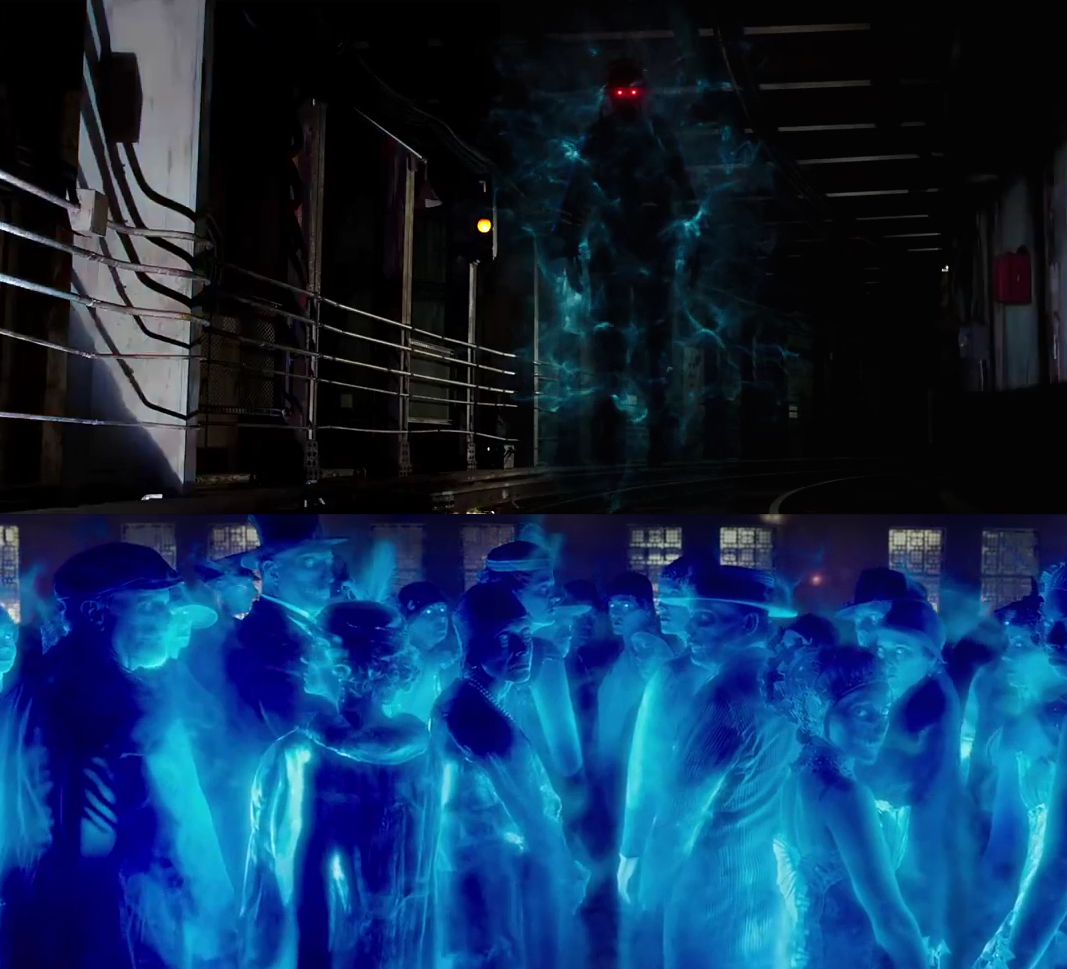 I’m still not feeling the blinding neon ghost effects. At the start of the trailer there is a very cool and creepy shot of a ghost in a subway tunnel, red eyes glowing in the darkness, which is more subtle and looks pleasingly menacing, but nearly everything else we get to see is brighter than the surface of the sun! The effects look overcooked and painfully excessive in places, but it’s something that can be scrutinized in more detail once the movie is released on the big screen.

This trailer is vastly superior to the first effort that generated record numbers of dislike clicks on YouTube recently. The pace is better, the laughs are stronger, and you get a better idea of what to expect. Ghostbusters 1984 is probably my favorite movie of all time, and like many I have a horrible feeling that this reboot is going to fail miserably, BUT that’s all it is for now, a FEELING.

There is enough in this trailer to make me believe that the cast and crew will eventually be praised for effort at the very least, and there is absolutely a chance that it will surprise us all and be a fucking solid experience. I genuinely hope it is, because a good Ghostbusters movie that makes money and entertains a new generation of kids with some spooky magic is something every fan of the franchise should long to see. Too many are praying it fails simply because it’s not the movie they dreamed would be made at some point, and that’s something I personally can’t be a part of.

Feig’s creation will NOT come close to the original, that is simply not possible, but this trailer HAS zapped some life into a film that was flatlining before it had even seen the light of day. We have a pulse, but it’s still very weak.

Time will reveal all. It always does.