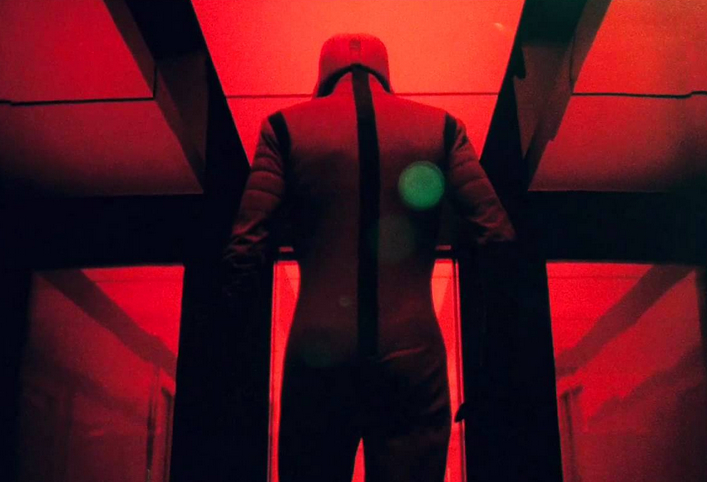 I must have had hundreds of conversations over the years about movies and stuff related to movies and one thing I notice a lot is that many people I’ve met ‘Need’ something specific from their movie watching experiences. Some need films to entertain them, in the same way a trip to the circus would, some need to feel a strong emotional response like sadness or elation, some just need an adrenalin shot to maintain interest. My best friend and my parents are prime examples. I have been working my ass off over the years trying to get them to leave their Hollywood ‘comfort zones’ and frequently suggest certain movies that will gently challenge them without going too far, but it’s a project that rarely shows signs of success.

When it comes to me all I need is a film to grab my attention in the first 10-15 minutes, just engage me a little bit and I’ll watch and digest anything all the way through. Of course it’s only natural that by the time it has finished I will personally judge what I’ve seen but having an open mind has led to many wonderful surprises over the years … and a few stinkers here and there.

I first watched Beyond the Black Rainbow (Or BTBR as I’ll call it from now on), about six months ago, it had been on my ‘to watch’ list for some time but I heard it was a challenging film to say the least so I waited until such a time that I had the house to myself with no demanding kids waiting to strike with requests for late night glasses of water and trips to the toilet. It was a wise move, this is a full attention movie, it isn’t interested in giving you exposition or holding your hand while it explains what’s going on at certain points. BTBR just does what it wants and challenges you to keep up or get out!

I didn’t find it MASSIVELY complicated or confusing, I’d say about 80% of it made sense to me with the other 20% requiring my brain to fill in blanks that were mysterious but understandable of you have watched a lot of horror and science fiction.

The majority of the film is set within a creepy and deserted research facility/clinic called the Arboria Institute. It was opened in the late 1960s by a Dr. Arboria (obviously), who believed he had developed techniques that would allow humans to reach a state of perpetual happiness and contentment in their lives. How he planned on doing this is never really explained but the whole place is a cross between the Aperture Science building from the Portal video games and one of those confusing secret labs the survivors kept finding during the early days of Lost. Basically weird stuff was being tested and science was being abused in a big way.

We join the story in the year 1983 at which point the whole Institute seems to be devoted to the study of one young girl called Elena (Eva Allen), who displays telekinetic and psychic abilities that are kept under control by a large glowing device that looks like a pyramid. She is interrogated on a daily basis by the sinister Dr. Barry Nyle (Michael Rogers), who seems to envy her abilities and has himself been the subject of bizarre and unexplained experiments within the Institute over the years.

Not much happens for well over an hour of the running time but you are kept intrigued as the story slowly unfolds and you find yourself fighting to learn more about what has been happening and how Elena came to posses her powers that are being studied so closely. THEN with about 30 minutes remaining BTBR suddenly springs into life. Elena is presented with an opportunity to escape which allows viewers to go on a little journey with her through the darkest depths of the Arboria Institute … and Dr. Nyle? … well, he decides he wants the end of the movie to really ramp up the horror and turns into a bald serial killer who carries a massive dagger he affectionately calls ‘The Devil’s Teardrop’ …

The shift in tone is sudden and a little surprising but it’s also quite pleasing in a strange way, you feel like your patience is being rewarded as the characters finally get given things to do, Michael Rodgers especially seems to relish this moment and perfectly transforms Dr. Nyle from being a creepy, devious scientist into a full on monstrous psychopath. It’s a brilliant performance from an experienced top quality actor.

Visually BTBR is stunning all the way through. Director Panos Cosmatos said he was inspired by films like Manhunter and its strong use of colour and light, this is very noticeable … The movie was made in 2010 but every inch of it looks like it came straight out of the 1980s, the quality of the film stock used, the clothing, the wonderful electronic score. You get transported back to the early 80s and it feels great!

Beyond The Black Rainbow isn’t perfect by any means and watching it was indeed a real challenge as I had anticipated. It requires a lot of concentration from its viewers and many will feel it doesn’t give much back in return … but something about it hit the spot for me, when it ended I was pleased I went on the journey and I would cautiously recommend it to others.

Except my parents … They wouldn’t stand a chance with this!