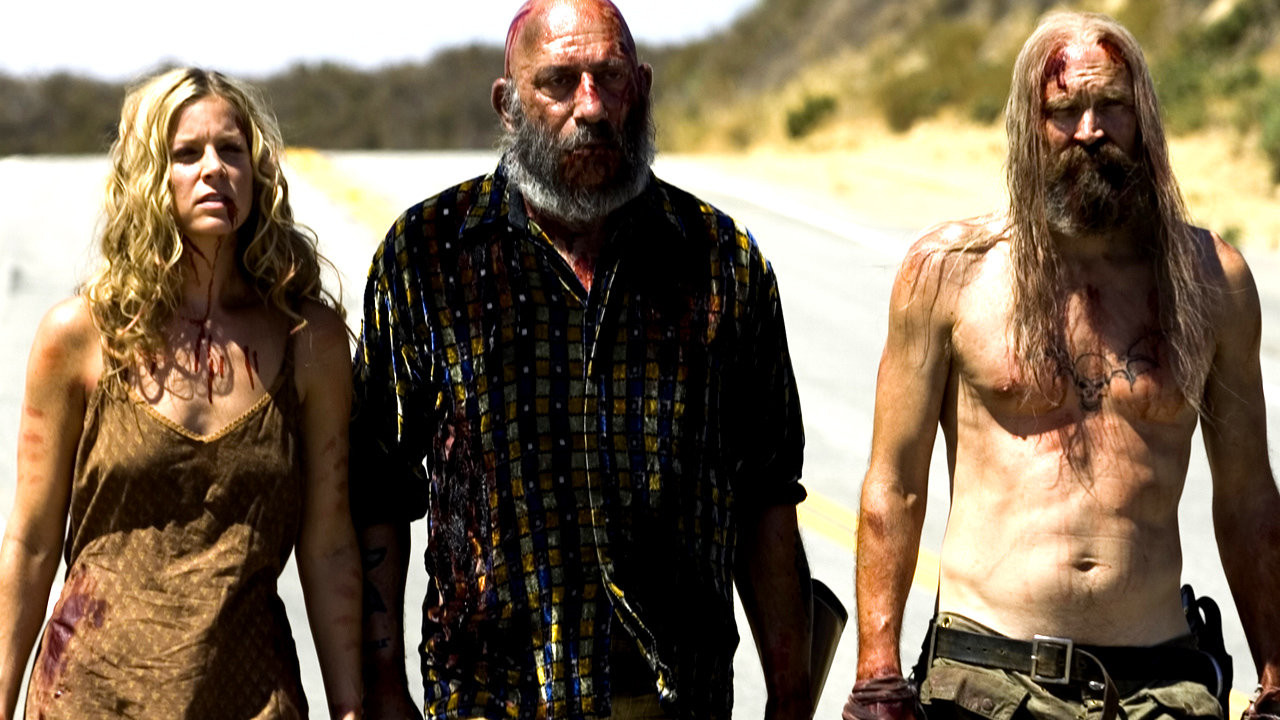 It’s almost hard to believe that it’s already been 10 years since Rob Zombie unleashed The Devil’s Rejects, a grounded-in-reality sequel to the cartoonish House of 1000 Corpses that many – including myself – consider to be Zombie’s masterpiece as a filmmaker. The western-inspired horror film was released into theaters on July 22nd of 2005, Zombie’s second effort cementing his status as a true genre auteur.

Perhaps the most talked about aspect of The Devil’s Rejects is the way that Zombie both humanized and created empathy for the Firefly family, characters who were way more over the top and a whole lot less likeable in House of 1000 Corpses. Whereas Corpses was told from the point of view of their victims, Rejects was all about the family, and many left that theater in July of 2005 confused about their feelings.

One could argue that the horror genre has always thrived on likeable villains, and the slasher sub-genre in particular almost encourages viewers to root for the bad guys. Franchises like Friday the 13th, Nightmare on Elm Street, and Halloween gleefully served up their two-dimensional victims on a silver platter, and while watching them get knocked off, it’s hard not to cheer for the creative villains.

But Otis, Baby, and Captain Spaulding are a little bit different than the likes of Jason Voorhees, Freddy Krueger, and Michael Myers. They’re not supernatural monsters but rather human beings, and since they’re so closely similar to real-life serial killers such as Charles Manson and John Wayne Gacy, there’s something almost disturbing – albeit brilliant – about the way Zombie makes us deeply care for them.

And there’s nothing subtle about Zombie’s empathy-inducing portrayal of the characters, nor is it any mistake that so many viewers found themselves rooting not for the sheriff seeking revenge for the death of his brother, but rather for the family responsible for his brutal murder. At its core, The Devil’s Rejects is very much a revenge film, and yet it’s almost impossible to side with the so-called good guy.

There are a handful of scenes throughout that almost beg you to forget about the Firefly family’s dirty deeds, most notably the one where Baby demands that Otis stop for ice cream. That the characters had brutally slaughtered and sexually assaulted several people just a few scenes prior doesn’t really factor into the scene, as you can’t help but laugh and even relate to the loving banter between the three.

Zombie certainly pulls a strange sense of empathy out of the scenes that showcase the amount of insular love within the Firefly clan, though what makes them such likeable characters is the simple fact that they’re just so damn interesting. Like a great villain in professional wrestling, it’s fun to cheer for the guy who’s so good at being so bad, and the Fireflys are easily the most charmingly evil bad guys in horror history.

It’s hard not to draw parallels between Charles Manson and The Devil’s Rejects, as Bill Moseley’s portrayal of the bearded Otis is very much inspired by Manson’s particular brand of crazy – in one scene, Otis even directly quotes the notorious madman. And it’s also no secret that Zombie is incredibly fascinated by Manson, that lifelong obsession heavily bleeding over into his second film.

Thanks to his over the top charisma, Manson continues to captivate the public decades after he orchestrated a string of brutal murders, and I don’t think it’s out of line to suggest that the fascination with him borders on fandom. Out of all the true crime figures in history, Manson is unquestionably the most fascinating and dare I say likable, and Rejects gives rise to fictional villains who are cut from the same cloth.

One need only examine the public reaction to the recent allegations against Bill Cosby to understand just how eager we are to look past evil deeds when they’re committed by people who entertain us. Despite being outed by countless women as a serial rapist, many fans of Cosby’s comedy continue to defend him, unable to accept the fact that such an entertaining man could be capable of such evil.

The same applies to Otis, Baby, and Spaulding, who are just too damn entertaining to dislike. Sure, Otis sleeps with dead bodies and wears human skin masks, Baby uses her sexuality to lure victims into the family’s traps, and Spaulding doesn’t think twice about threatening children, but all is forgiven the moment they make us laugh or force us to crack a smile. We love them, because they entertain us.

When Wydell finally gets his hands on the family and begins torturing them, we by all means should be firmly on his side, though instead we find ourselves silently cheering when Tiny saves the day and snaps the sheriff’s neck. And Zombie ends the film with what is easily the saddest villain death scene in horror history, laying ‘Freebird’ over top of the action and intercutting it with happy family videos of the three.

The Devil’s Rejects is not just a great film but it’s also a fascinating experiment in villain worship, making you question whether you’re more drawn to heroes or villains. There’s a clear hero in the film and a clear set of villains, but when the so-called Rejects were driving toward their fate at the end, I’m willing to bet that at least some part of you was wishing they’d plow through the cops and ride off to freedom.

And there’s nothing wrong with feeling that way. As human beings we are inherently fascinated by and drawn to bad guys, and no horror film over the years has better explored that idea than The Devil’s Rejects. Sometimes we don’t need great heroes, we need great villains. And 10 years ago, Rob Zombie gave them to us.