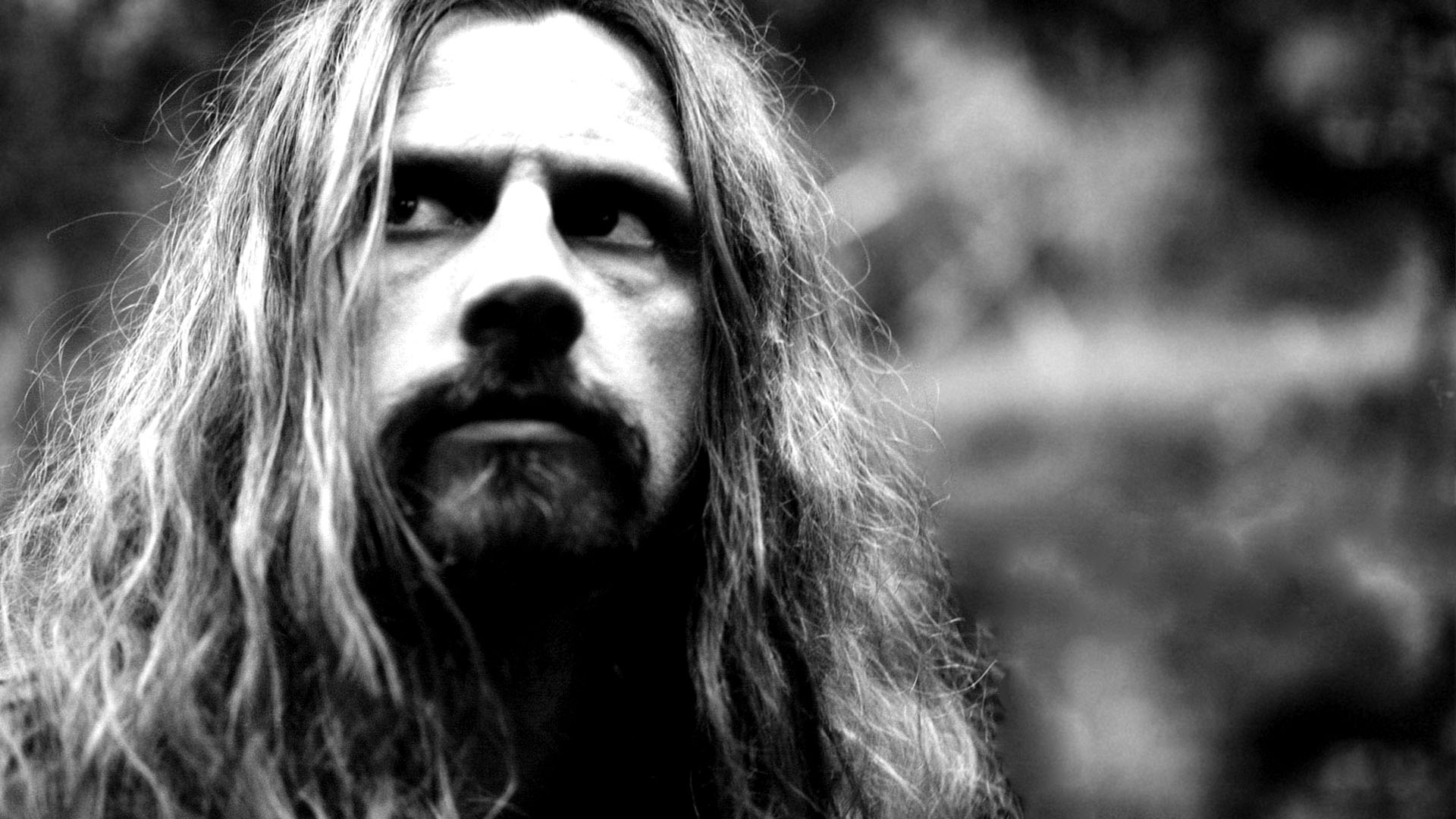 Rob Zombie may seem to be an enigma, but really, more than anything, he is simply a man doing what he wants. His career is his passion. He loves music, film, the 70s, horror, Halloween, and women. This is clear to see through his lyrics and film eras and style. Although he did grow up in his adolescence and young teens in the 1970s, this was also a great time for horror and cult films, for example: The Texas Chainsaw Massacre, which is, in my opinion and many horror fans, the holy grail of all horror films and is obviously one of Zombie’s biggest influences. He is a true fan.

I probably first became a fan of Zombie’s music when they were White Zombie. I must have been around ten-years-old. My dad had gotten a new camera and mounted it on the dash of his truck looking out the windshield and drove around while playing “More Human than Human” — (great little video my the way, I’ll have to get it up on YouTube one of these days).

I’m not going to get into an in-depth biography about their beginnings, real names, the instruments they use, or any of that technical goodness. I have a lot of musician friends who can tell you the history of genres and how bands broke up and so on, which is great, but that’s not what music is to me, it’s about the feeling it gives me and nothing more. Having my mind warped my horror movies at a very young age, Zombie’s music has always spoken to me, creepy good, atmospheric, and just all around gives you that good Halloween feeling that not everyone understands.

I just got Zombie’s new album: Hellbilly Deluxe 2 (listening to it now as I write this) and am enjoying it thoroughly. Listening to the new album and coming across some harsh reviews about his filmmaking (which I’ll discuss in the second part of this article) is what inspired me to write this article. Anyway, this new album is very refreshing and original, combining film and music. What I mean is that it’s very well done with the kind of thought and feel that usually goes into a film soundtrack and also incorporates some orchestral parts. It’s very thematic and to horror film fans and Zombie fans alike, offers the best bridge and hybrid of the two I’ve heard. It just sounds good and feels good.

Bottom Line: White Zombie and Rob Zombie have always made for great soundtrack music and have been used in countless movies and TV shows. It’s great thematic music and it only seems obvious now that Zombie got into films.

It started off with House of 1000 Corpses, which suffered the same fate as Texas Chainsaw Massacre: The Next Generation. Both had this great teaser trailer that got me so excited to see them and both of them said: “Coming to a Theater Near You”, which sadly, neither of them ever did as they went into some sort of production hell. House of 1000 Corpses was originally being released by Universal, who dropped it and the film was then picked up by MGM, who also dropped it. Ultimately, the film and its sequel were saved by Lions Gate Films (now just LIONSGATE).

Zombie went on to make: The Devil’s Rejects, Halloween, Halloween II, The Haunted World of El Superbeasto, and is reported to be attached to two possible upcoming projects: Tyrannosaurus Rex and The Blob.

There have been some pretty harsh reviews about his film work, but I think he’s a very unique and inspired filmmaker and has a lot of growing room and potential to make some great original films. I’ve liked all of his work, even Halloween II, which would be my least favorite of his work. I liked some aspects of it and there was some great parts. I could see where he was coming from and his vision most of time, but I think Rob Zombie has too many thoughts going on. I think he’s spent years thinking about filmmaking and has too much creativity pent up in his mind and tried to spew too much out into one film. I can’t be sure, but in retrospect, he might look back at that film and want to make it better and fix the ending.

As a professional myself, as my experience grows, so does my perspective, quality of work, and standards. I’ve looked back at work and thought it was awful, what I then thought was perfect. So, with every profession there is always more to learn and always the ability to better yourself. I wouldn’t exactly compare Zombie to Kubrick, but I could see him having the growth of a director like Quentin Tarantino. I would love to see them collaborate on films together beyond the spoof trailer: Werewolf Women of the S.S. Zombie did for Tarantino’s/Robert Rodriguez‘ film: Grindhouse.

Bottom Line: I think Zombie is a good filmmaker that has the potential to become a great filmmaker, even if we do from time to time see some of his learning curves take place on the big screen. In all fairness though, most directors don’t start out this big or famous in films and aren’t held to such a high level of scrutiny right out of the gate.

The theatrical version of the film wasn’t quite Rob’s vision, think Halloween 6: Producer’s Cut, but in reverse where Akkad now has edited the film.

I’ve just seen the Director’s Cut (closer to Rob Zombie’s original vision) and I must say, I like it much better, especially the ending, where the theatrical ending definitely felt forced, changed up, or rushed. Something just didn’t seem right about it. The shared “visions” or “delusions” were played up more between Michael and his sister. All and all, it definitely seemed to come full circle a little bit better. The big part and again spoiler alert… Michael speaks at the very end yelling “Die!” to Dr. Loomis.

Which, in part, I can understand why Malek Akkad, son of Moustapha Akkad (basically the godparents of the Halloween franchise all these years) might want to remove Michael speaking after years of the consistent allure that he does not speak, like if Rob’s version of Michael were to run, I’m pretty sure they would not have allowed that either. I can only assume that it was Akkad’s final decision on the theatrical cut, as with many films, the executive producer is actually the one who usually has final say in these matters.