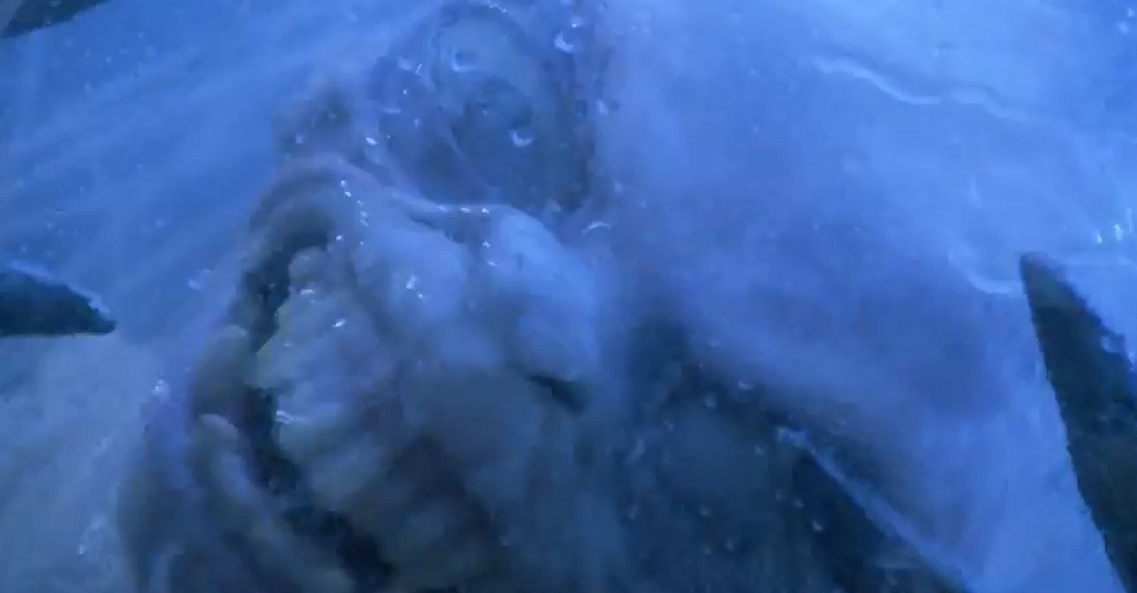 I think it’s safe to say that nobody expected we’d get another Mad Max sequel, as the last one came out 30 years ago, and I think it’s also fair to assume that nobody expected franchise creator George Miller would be the guy to bring Max Rockatansky back to the big screen. But indeed he has, as Mad Max: Fury Road blasts its way into theaters this weekend.

The Australian filmmaker has had a very interesting career since introducing the world to Mad Max back in 1979, as his three most recent films (prior to Fury Road) were Babe: Pig in the City and the animated movies Happy Feet and Happy Feet 2. Miller also directed a handful of other movies over the years, including The Witches of Eastwick and Lorenzo’s Oil.

Of course, it’s the Mad Max films that Miller is most known for, and he returned to that post-apocalyptic world in both 1981 and 1985. But in-between Road Warrior and Mad Max Beyond Thunderdome, which both saw Mel Gibson reprising the iconic role, Miller took a side journey into The Twilight Zone, when Steven Spielberg brought him aboard the feature film adaptation of the hit TV series.

Released in 1983, Twilight Zone: The Movie is a horror anthology comprised of four standalone tales, three of which were directly based on classic Twilight Zone episodes. Spielberg, Joe Dante and John Landis each directed segments, and George Miller was tasked with remaking one of the show’s most iconic episodes: ‘Nightmare at 20,000 Feet.’

Originally airing on October 11th, 1963, ‘Nightmare at 20,000 Feet’ was directed by Richard Donner and written by Richard Matheson. William Shatner stars as a man deathly afraid of flying, and his worst nightmare comes to life when he sees a creature on the wing of the plane he’s flying on – convinced that the monster is tampering with the plane’s engine. Only problem is, nobody else can see what he’s seeing.

While the original version of ‘Nightmare at 20,000 Feet’ is a psychological little tale, delving into the tortured mind of a man who is in the grip of his deepest fear, George Miller’s remake – unsurprisingly – is much more kinetic, with the score and dizzying camerawork jacking up the intensity. And then there’s the delightfully manic lead performance from John Lithgow, which is the true joy of the segment.

The horror was also amped up for this re-telling of ‘Nightmare at 20,000 Feet,’ as the monster is genuinely scary and Miller smartly keeps him out of view for the majority of the story. He also ratchets up the terror by making it clear that something is indeed wrong with the plane, with the question being what is going on outside – as opposed to making us wonder if all threats are merely in the main character’s mind.

One of Miller’s strong suits, as evidenced by the Mad Max films, is his flair for juggling many characters, and his contribution to Twilight Zone: The Movie is no exception. Whereas the plane’s other passengers are basically nonexistent in the original telling of the tale, Miller fills his plane with a vast array of interesting folks, including a young girl whose Polaroid camera comes into play for a particularly memorable scene.

The most memorable moment in Miller’s version of ‘Nightmare at 20,000 Feet,’ however, is the first time we get a real good glimpse of the Gremlin – who looks like the sort of punk rock monster you’d expect to find in the Mad Mad universe. The reveal is a shock, and Lithgow’s cartoonish reaction – his eyeballs literally pop out of his head – is a clear homage to Toecutter’s death scene in Mad Max.

More than anything, the idea behind Twilight Zone: The Movie was to modernize classic episodes of the show and make them more entertaining, and there’s no director involved in the project who accomplished that goal better than George Miller. ‘Nightmare at 20,000 Feet’ is often considered to be the best segment in the anthology film, and I’m inclined to agree with that sentiment.

‘Nightmare at 20,000 Feet’ has always been one of my favorite episodes of The Twilight Zone, and that’s likely because I can completely relate to the main character. I am deathly afraid of flying and I always seem to be the one guy on any given plane who is freaked out, while everyone else is totally calm, and both Donner and Miller both tapped into that very real fear in incredibly effective ways.

In terms of personal taste, Miller’s ‘Nightmare at 20,000 Feet’ is my favorite of the two. In fact, it’s one of my favorite anthology segments of all time.