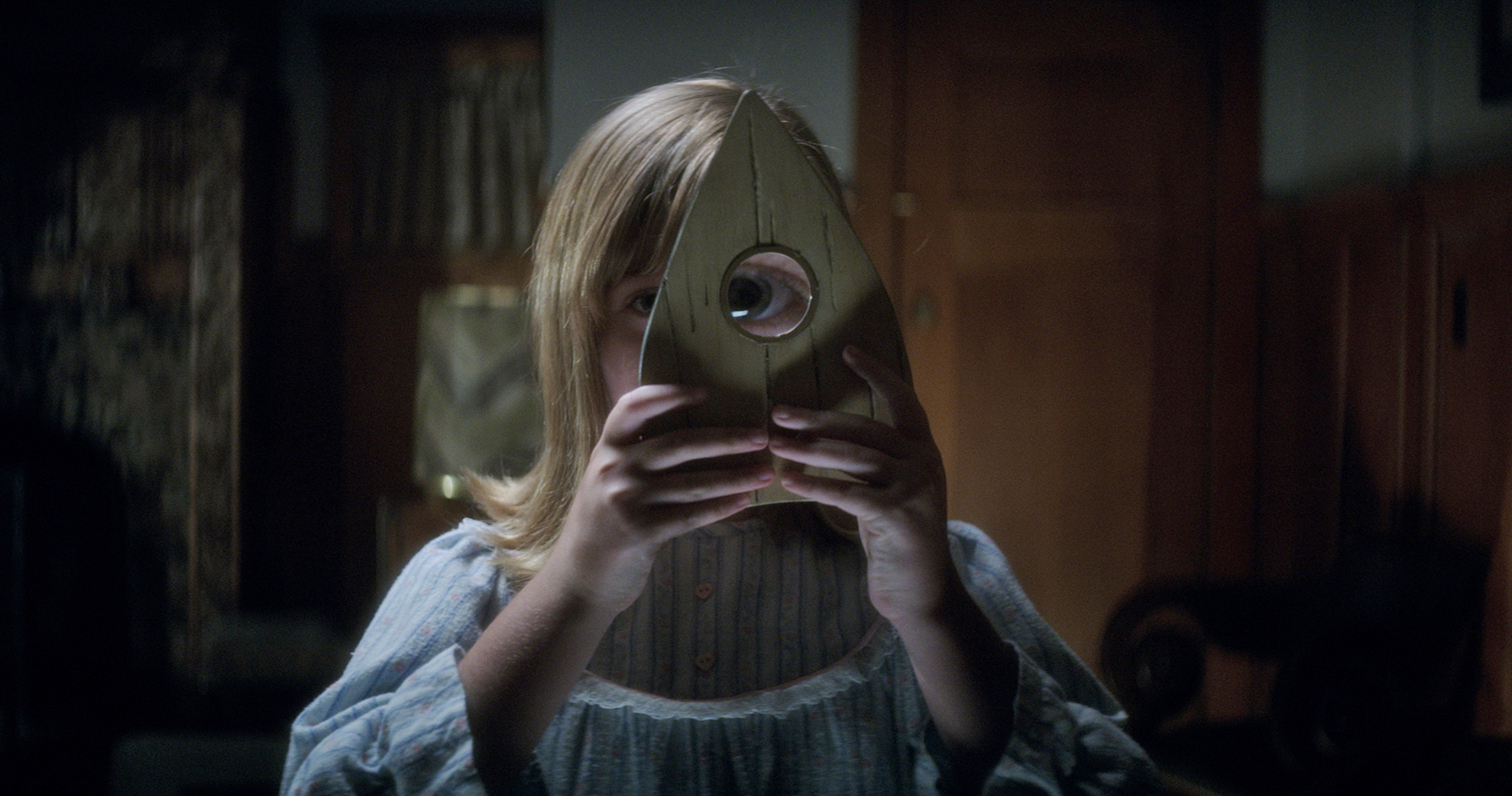 Two years ago a horror movie called Ouija was released into theaters, it was met with a heavy negative critical response so I never saw it. The movie made ten times its budget back in the U.S. alone, however, so a sequel was inevitable. Thankfully, that’s all you as an audience need to know going into this movie. After the first film was panned by critics (it currently sits at a staggeringly low 7% on Rotten Tomatoes) the producing companies decided to take the financial success of the film and use it to produce a much better quality product. To do so they brought in talented horror director Mike Flanagan (Oculus) and his writing partner Jeff Howard and the two have successfully, in essence, rebooted the franchise.

To rid himself of any confines or hangups the first film may have caused him, Flanagan takes this new story back to the good old days of 1965 Los Angeles, where it is nearly impossible for a single mother to make a living and support her family. That is just the case here as Alice Zander (Elizabeth Reaser), recently widowed by the death of her husband, tries to keep her family afloat running a business as a fortune teller. She has two daughters, one a budding teenager named Lina (Annalise Basso), and the other a curious adolescent named Doris (Lulu Wilson), and together they “scam” people out of their money by giving them false closure.

What is only an act starts to become real, however, when Alice adds a new prop to her act, the Ouija board. Now her daughter Doris is experiencing a strange supernatural phenomenon, which her mother takes to be communication with her lost husband, but is actually a connection to a much more sinister force. The film tells a straightforward ghost story, using familiar imagery and themes, but is made fresh by a masterful filmmaker. What separates Ouija: Origin of Evil from so many other PG-13 teen scream ghost stories is the amount of care and effort that went into it.

You can see Flanagan’s imprint right away as the film opens on the family in the middle of a “seance”, they are of course running their scam, and we know this from the previews, but the entire scene is still rather intense and the final scare still got me even though I knew it was coming. This is a testament to what he can do with a camera and lighting, and the cinematic scope only widens from here on out.

This also shines through in the period setting of the movie, which is the mid-sixties in Los Angeles. Re-creating this world believably on a major studio movie is a difficult enough task but to do it on a film as small scale as this one is nearly impossible. Leave it up to the talents of Mike Flanagan to get it done though because this movie is absolutely gorgeous. The production design on this film is incredible and completely authentic. There isn’t a moment in the film where you don’t believe it’s the sixties in America.

The movie doesn’t set out to change the way paranormal movies are made, it instead just wants to be the best version of what has always been around. In doing that this film succeeds almost flawlessly, they utilize jump scares to their advantage throughout the film, and although they are the source of most of the big scares of the movie they all seem to be exactly what was needed at that moment. They also take full advantage of the fact their story revolves around a creepy, possessed child, which is something that always terrifies me. Lulu Wilson’s performance as Doris will chill you to the core at one moment and then melt your heart the next, it is one of the best child performances of the year hands down.

Lulu is just one of a handful of fantastic performances in this movie, all of which elevate this simple ghost story to a higher level than it has any right to be. Elizabeth Reaser does a fine job as the mother, always selling us on her total belief that what is happening is a good thing, rather than the horror show it turns out to be. Annalise Basso plays the older of the two daughters and is a perfect representation of the youth of the mid-sixties. The real treat is the appearance of Henry Thomas (who you all would know as Elliot from E.T.) as Father Tom, the sole religious figure in the movie and who has multiple great scenes with all of the Zander women.

The interactions between these characters build the movie into something more than your average teen scream. We get characterization for all of them and the paths each of them take help to build the story into something we actually care about, which is rare for studio PG-13 horror. This is what Flanagan does best, just look at his body of work. Films like Hush and Oculus aren’t telling any kind of groundbreaking horror story but instead are telling a compelling human drama in a horror setting.

Ouija: Origin of Evil is a testament to what can be done when the all of the people making a movie actually care about its quality, whereas the first movie was an exercise in the opposite. Mike Flanagan was allowed to come in and do what he wanted with this franchise and in turn gave this property a huge breath of new life. I’ve talked about October needing a new horror franchise to take over and if further sequels could match the quality of this then I’d have no problem letting Hasbro’s Ouija own the holiday for the foreseeable future.