It’s been a hectic week but in amongst the chaos and work I’ve managed to refuel myself with 3 hits of horror, two old favourites and something new …

Over the years I’ve heard a lot of people say that The Exorcist 3 is underrated, I’m not sure I agree, surely to underrate something you need to experience it then claim it’s not as good as it probably is?

Everyone I’ve spoken to in person and online has come away impressed and seriously liking what they witnessed, many even claim it’s as good or better than the original. I think The Exorcist 3 is simply overlooked, rather than underrated.

In a perfect world it would have been the direct sequel to the original and because it came out a few years after the truly terrible Exorcist 2 it had a battle on its hands from the very start to convince movie goers it was worth the time of day. I rarely see it on TV anymore and it just feels like one of those movies that has faded away from peoples minds when the reality is it deserves to out there, to be watched …

Horror movies hardly ever properly scare me anymore, I experience sudden ‘jumps’ from time to time and feel mild anxiety when movies set up scenes in the right way but let’s face it, feeling TRUE horror and dread is hard to come by now.

The Exorcist 3 deeply unnerved me and did indeed scare me, it did the first time I saw it and still does. There is just something about the tone of the whole movie that is ominous, heavy and unsettling, and of course it does include a couple of quality jump scares in there as well, one of them is arguably the best in recent horror movie history. If you are watching the film for the first time and the volume is way up then … DAMN, that scene will stay with you for months. 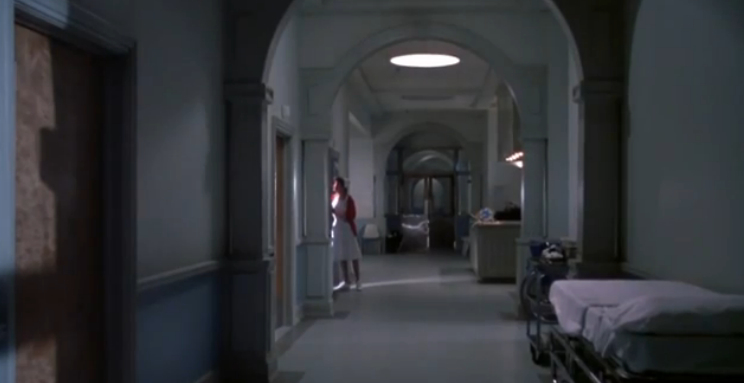 The acting is strong throughout, especially the chemistry between George C. Scott and Ed Flanders, even the smallest of bit parts seem to be well directed and acted. Special mention must of course go to Brad Dourif as the visual manifestation of the Gemini Killer, he is simply incredible in a relatively small role … actors have won Oscars for less.

The story is pleasingly gruesome but leaves the nasty stuff to your imagination, viewers are TOLD what is happening to the victims of the supposedly dead killer, sometimes in great detail, but you never see it and that just adds to the almost suffocating feeling of tension this movie delivers. The finale was reshot to please the studio heads and you can tell … it feels out of place and a bit ‘tacked on’ but that should not diminish the great stuff that came before it and in my opinion it doesn’t.

The end result makes me wish William Peter Blatty had felt the urge to direct some more movies over the years as there is genuine ability on show here. A high quality, truly creepy movie that is steadily finding the respect it deserves.

My second slice of horror this week was on the recommendation of my Girlfriend, a low budget indie movie called Silent House starring Elizabeth Olsen (Soon to be seen in everything!). The story takes place in ‘real time’ and appears to be one long continuous shot for the entire film following Olsen’s character Sarah. In reality they filmed it in sections lasting 12-15 minutes each then connected them all together but the end result is still impressive. 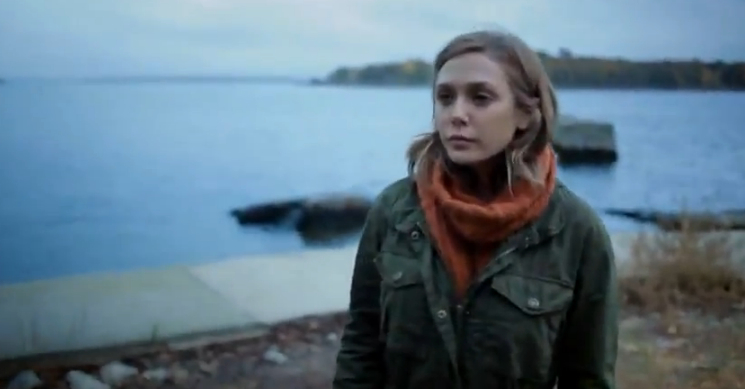 I won’t spoil the story too much here but when you eventually discover what’s going on the subject matter is uncomfortable but handled well without anything gratuitous or unnecessary. I guessed where the plot was heading fairly early on thanks to some unnecessary ‘spoon-feeding’ from the directors (little moments and comments that reveal too much to experienced movie watchers), but what I didn’t guess was exactly how the twist finale would play out and it surprised me in a good way.

Olsen is exceptional in it and I can see why her career is about to explode with Godzilla and Avengers 2 on the horizon. She gets asked to convey every emotion and feeling you can think of and was utterly watchable throughout.

General opinion on Silent House is lukewarm from what I’ve seen online but I enjoyed it and became engrossed after only a few minutes which is always a good thing. Not great, but not a bad effort at all.

Last but by no means least I revisited The Stuff, a classic, unashamed slice of mid 1980s nonsense. An old dude finds some white, creamy goo bubbling up from the ground, he then proceeds to eat some (as you do) discovers it’s incredibly delicious and addictive and before you can say “Ben and Jerry” it’s being sold around America in supermarkets.

The general public become utterly hooked on the new product but don’t realise it’s actually some sort of sentient, ground dwelling ooze creature, type thing … or something!? … Which turns humans into robotic zombies and eats them from the inside out at the same time. 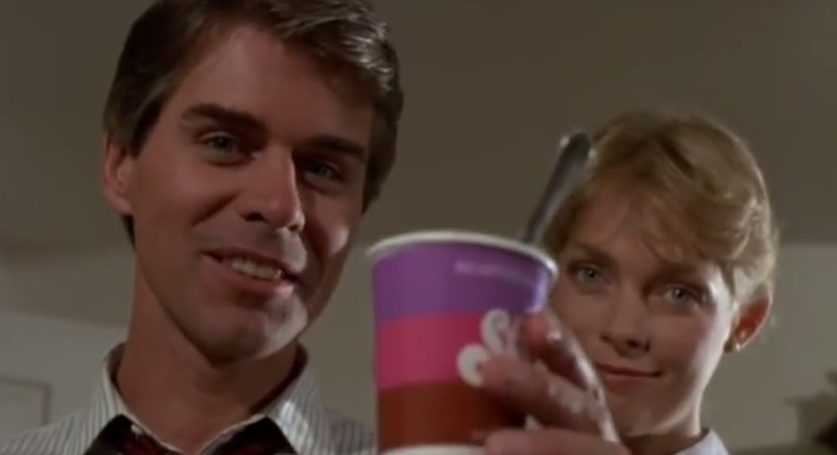 Michael Moriarty is the best thing in it playing a confident but certifiable industrial saboteur hired by the heads of some ice cream companies to discover what makes the Stuff so damn popular, you can tell he’s having fun with the role and never pretends or tries to take what’s going on around him too seriously.

I remember really liking it as a kid but it’s aged terribly and to be honest looks like it cost about $100 to make. That said, anything that reminds me of the 80s and the glory days of VHS is ok by me!