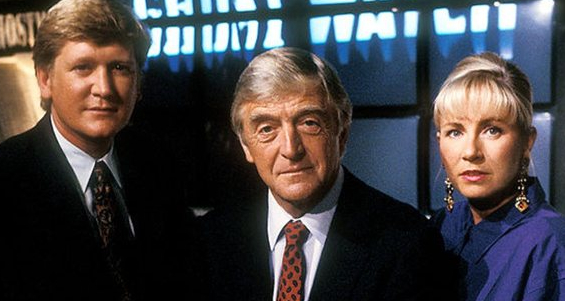 First of all let’s get the details out of the way, what was Ghostwatch?

Well it was a BBC drama that aired on Halloween night 1992. It was produced and presented to the viewing public in such a way as to make it look like a ‘live’ factual programme, basically a serious investigation of a supposedly real family living in a house that suffered supposedly real paranormal activity.

I totally missed the huge fuss it caused at the time due to working long shifts but a few weeks ago my Girlfriend insisted I experience it on DVD … I can honestly say I’ve never seen anything quite like it. 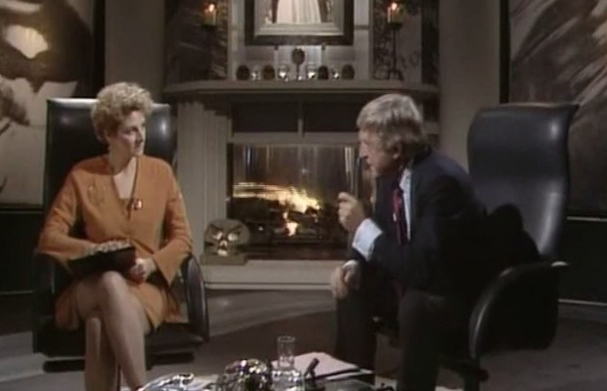 When the show finished the BBC was inundated with telephone calls and complaints, many enquiring about the safety of the presenters and others expressing shock and genuine fear … For a day or two it basically became a low budget ‘War Of The Worlds broadcast’ incident. The tabloids were quick to lash out at the BBC for exposing the delicate British population to such horrors and sweet little Grannies from London to Plymouth had to sit in comfy chairs sipping tea until their heart rates slowed down.

The 90-minute film was a horror story shot in a documentary style and appeared as part of BBC Drama’s Screen One series. It involved BBC reporters performing a live, on-air investigation of a house in Northolt, Greater London, at which poltergeist activity was believed to be taking place. Through revealing footage and interviews with neighbours and the family living there, they discover the existence of a malevolent ghost nicknamed Pipes from his habit of knocking on the house’s plumbing. As the programme proceeds, viewers learn that Pipes is the spirit of a psychologically disturbed man called Raymond Tunstall, himself believed to have been troubled by the spirit of Mother Seddons – a ‘baby farmer’ turned child killer from the 19th century.

In the course of the programme Pipes makes various manifestations which become more bold and terrifying, until, at the end, the frightened reporters realise that the programme itself has been acting as a sort of “national séance” through which Pipes was gaining horrific power.

So that was the set up. The first thing to consider is that it was screened back in the very early days of the internet, people couldn’t talk about it through social media and there would probably have been a large number of the population who simply switched on their TV, started watching by chance and decided to see what would unfold. In the years since it aired many of the presenters and production staff involved have claimed it was never their intention to try and fool the public … BUT I’m going to give the gullible masses a bit of support on this one … Ghostwatch was made in a considered way and I personally think there was at least some secret hope that it might confuse and disturb people.

One of the most important factors when trying to discover why so many got duped is the clever use of popular real life presenters from that time period. Filming was split between the haunted house and a large studio area, in the house a camera and sound team were following Sarah Greene who at the time was an extremely well known face on British TV, mostly working on children’s programming and light entertainment. In the studio was her actual boyfriend Mike Smith, also a television and radio personality, and finally there was the host of the entire broadcast, Michael Parkinson. 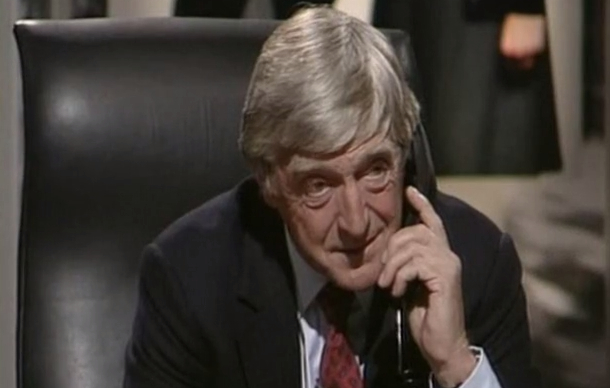 I believe getting Parkinson involved was the single biggest reason why this drama started to blur the lines between fact and fiction. The man isn’t an actor or even a presenter as such, he has spent most of his life as one of the worlds finest celebrity interviewers, but he has genuine presence, a voice that makes you believe everything he is saying and most of all he played his part in the show with ice cold believability. He is the glue that holds everything together by simply being himself, every time he appears you feel like you are watching something real, something factual.

Then there is the ghost that is terrorising the children, Pipes. He is presented as a very creepy presence within the house and cleverly ‘inserted’ into specific scenes during the broadcast. You hardly see him, just quick flashes that your brain picks up on at the corner of your vision … sometimes you doubt you have actually seen anything and that’s when fake viewers would telephone the studio and tell the presenters to rewind footage claiming to have spotted “shapes” or “shadows”, quite often they would then replay the footage without Pipes there just adding to the feeling of unease they were nicely building up. 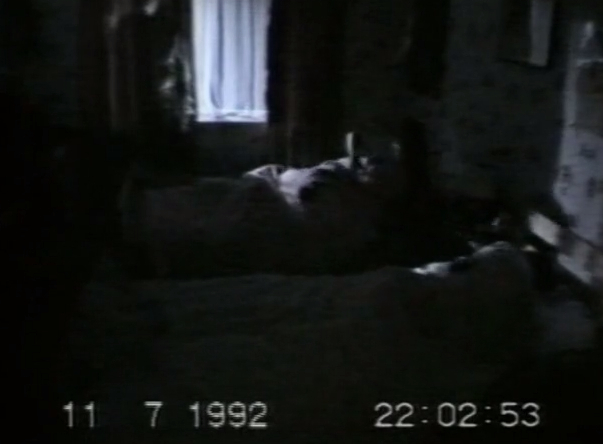 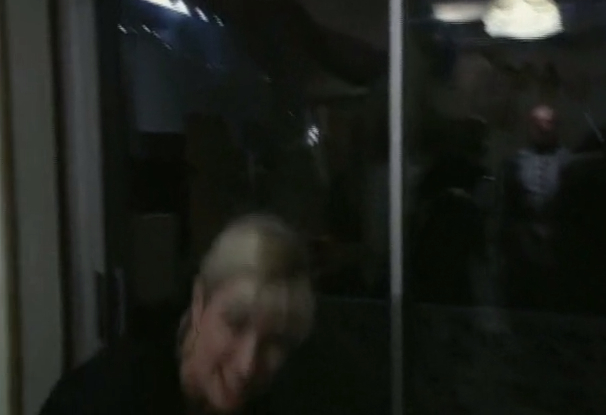 The last 20 minutes of the programme went all out for scaring the audience and watching it back now it can be hard to understand how anyone could believe what was happening was real by this point, but again we must remember things were different back in 1992. We hadn’t seen The Blair Witch Project, there wasn’t any ‘found footage’ or Paranormal Activity movies to compare it to. The concept was ahead of its time and SO unlike anything that had been on British TV before, it quite simply caught many people off guard.

One of the children is physically attacked, Sarah Greene is pulled by an unseen force into a cupboard that had been boarded up and finally the studio itself starts to experience poltergeist activity with lights popping and a wind blowing through the set. Parkinson is left alone in darkness and just as the programme finishes he begins to talk in a strange voice, as if possessed in some way … roll credits! 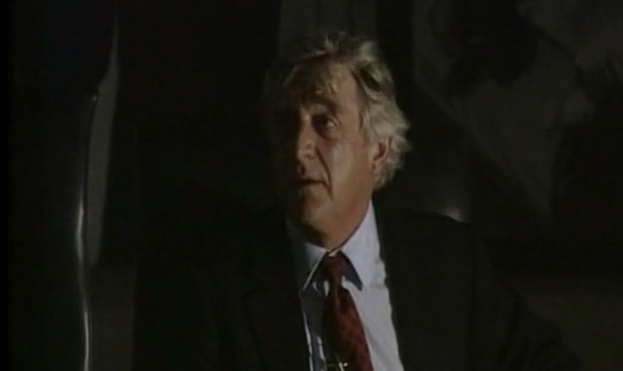 Ghostwatch has never been repeated on mainstream TV since that original broadcast and it was many years before it saw limited release on DVD. These days it can be found online and is certainly worth watching if you ever have the chance, you just need to remember that its impact was felt by a population slightly more naive than the one we live in today.