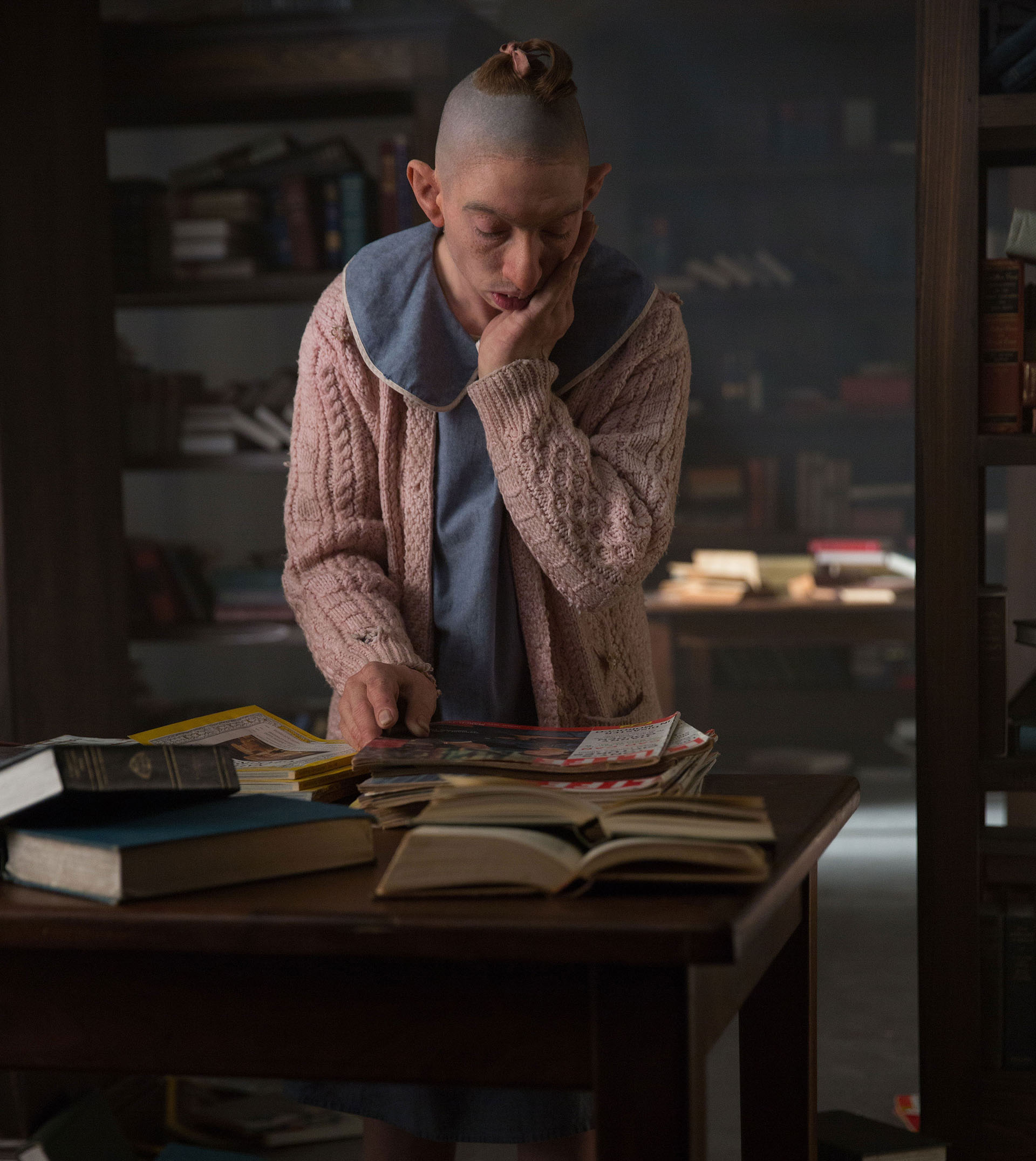 Just as it was for indie horror, 2014 was also a great year for horror on TV, thanks to shows like Hannibal, The Walking Dead, American Horror Story, Bates Motel and The Strain. Whether you like all those shows or not, there’s no denying that it’s a great time to be a horror fan with a TV, as the genre continues to make its presence known on the small screen.

Some truly great hours of television came our way in 2014, each of the aforementioned shows having at least one episode that really stood out and impressed. As we reflect on the year-gone-by, today I wanted to talk about my personal favorite horror TV episode of 2014, which ended the year on a high note and made me fall back in love with a show I was quickly falling out of love with.

Freak Show is the first season of FX’s American Horror Story that I’ve actually stuck with for the long haul, a decision that I began to question a couple months back. Though the season started off on a high note, I quickly found myself losing interest in anything and everything going on in it, as it was quite clear to me that the show is more about style than substance.

After the surprisingly early death of Twisty the Clown, Freak Show began to lose steam around Episode 5, the novelty factor wearing thin and the season becoming little more than senseless, pointless murder. Truth be told, I hadn’t cared about the show for many weeks, as I formed little to no bond with any of the characters and felt like I was watching simply because it had become routine to do so.

And then, on December 17th, the season’s 10th episode aired, and it totally won back my interest. Titled ‘Orphans,’ the episode was all about pinhead Pepper, and it served to bridge the gap between Freak Show and American Horror Story: Asylum. But it wasn’t the clever tie-in that made the episode a standout gem for me, as I had never even watched the show’s second season.

No, what so impressed me about ‘Orphans’ is that it was imbued with raw, genuine emotion, Pepper’s tragic tale making me feel things that the season had only briefly touched upon in prior weeks. Throughout the season we’ve gotten small tastes of beautiful storytelling, from Twisty’s painful reveal to Jimmy’s bar outing with his father, but it wasn’t until Episode 10 that storytelling was entirely put front and center.

Suddenly, the substance totally outweighed the style, and it was for that reason that ‘Orphans’ was Freak Show‘s finest hour to date – and one of the downright best hours of horror television in 2014. The show’s crazy ‘shock value’ antics put on the back-burner for an hour, ‘Orphans’ took the time to delve deep into the mind of one of the season’s so-called freaks, providing us with a much-needed insight into all of their minds.

There was a beautiful moment in Episode 3 where Ethel visited the doctor, who told her she didn’t have much longer to live. Ethel began crying, though it wasn’t because of the diagnosis, but rather because the doctor was treating her like a normal human being. That wonderfully-acted scene nailed what should’ve been the driving force of the entire season, showing that we’re all the same on the inside no matter how we look on the outside, and we all deserve to be treated as such.

There was more humanity on display in ‘Orphans’ than in all previous episodes of Freak Show combined, Pepper’s inconsolable anguish over the death of Salty and subsequent sadness over being tossed aside by Elsa serving to break my heart into a hundred tiny little pieces. Whereas death had previously been trivialized on the show and the characters made quite unlikable, Freak Show suddenly displayed an emotional depth that proved there’s something going on underneath all the murder and mayhem.

Of course, it’s not just the writers who deserve all the credit for Episode 10 being such a fine hour of TV but also the actors, with Naomi Grossman finally being given something to do for the first time this season. As Pepper, Grossman is one of the true delights of American Horror Story, able to make you laugh, smile or cry with a single look. It’s no small feat for an actor in heavy makeup to make you feel something, especially without speaking a single line, but Grossman makes it look so damn easy.

Another thing the episode did really well was in telling the origin story of Elsa’s Cabinet of Curiosities, which had only been briefly touched upon in prior episodes. From Pepper’s adoption to Ma Petite’s purchase, ‘Orphans’ showed us the humble beginnings of the freak show, which was a nice little touch that brought Pepper’s story full circle. In just one hour, the episode covered the past, present and even future of her life, that story serving to bolster the strength of the entire season.

More than anything, ‘Orphans’ reminded us that the characters we’ve come to know on Freak Show aren’t monsters, as they might appear to be. Rather, they are human beings, capable of feeling and expressing the same things we all do, albeit in their own ways. American Horror Story wore its heart on its sleeve with this one, the episode adding a level of humanity and emotional gravitas to everything that had come before it and will come after it – if that’s not the hallmark of a great episode of TV, then I just don’t know what is.

Simply put, ‘Orphans’ put the story in American Horror Story. And for that, I feel comfortable calling it the best horror TV episode of 2014.