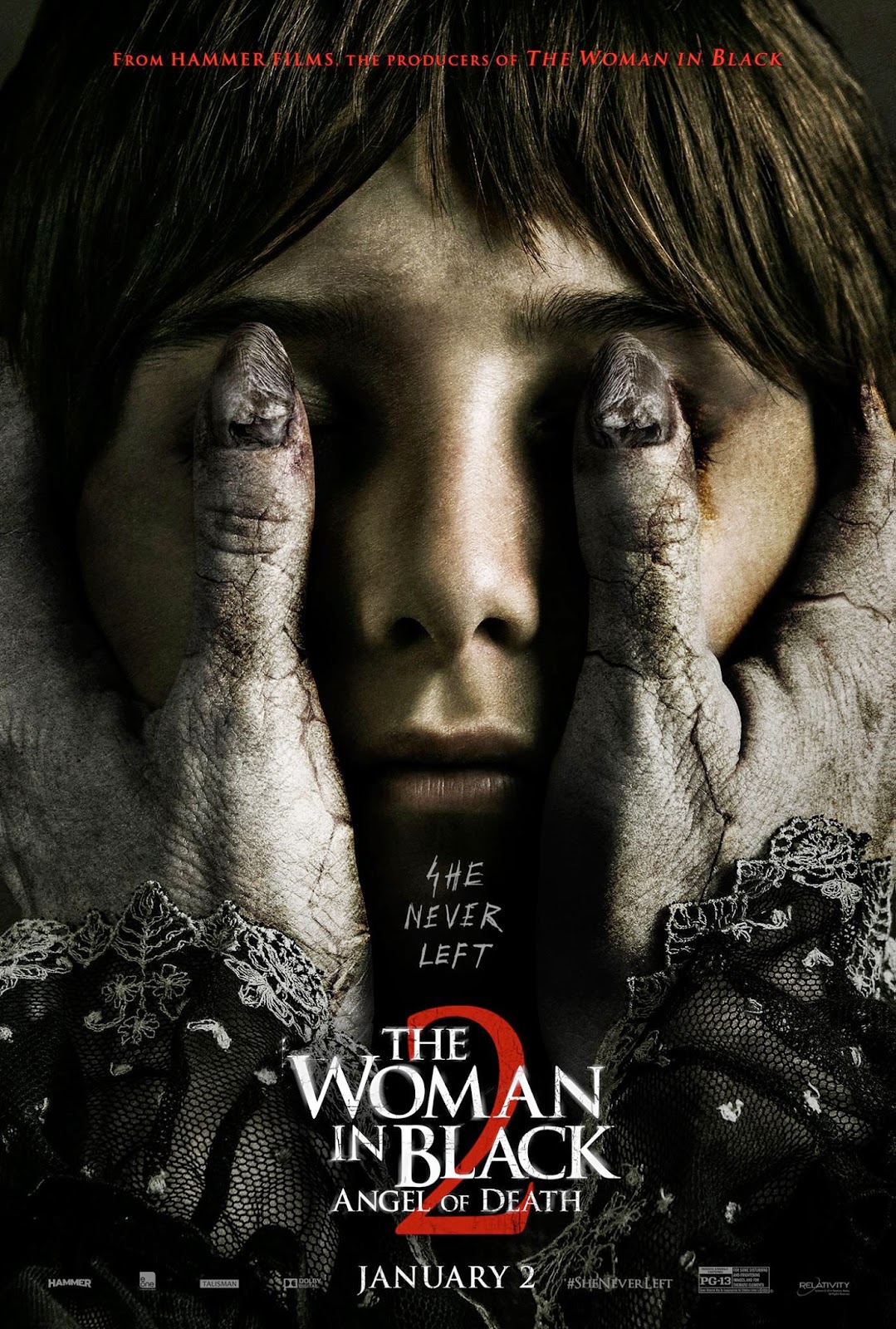 Legendary British production company Hammer Films has had a pretty respectable resurgence over the course of the past eight years, films like Let Me In and Wake Wood showing that they’re still a force to be reckoned with. In 2012, the company hit another home run with The Woman in Black, a remake of the same-named TV movie from 1989.

Though it admittedly didn’t reinvent the wheel or bring anything new to the table, what The Woman in Black did do was spin the paranormal wheel incredibly well. Elegant and wonderfully atmospheric, the remake was a good old fashioned ghost story that hit all the right notes, embodying everything that Hammer has come to represent.

Three years later, Hammer’s budding franchise returns with The Woman in Black 2: Angel of Death, notable for being the first major horror release of 2015. Set 40 years after the events of the first film, the Tom Harper-directed sequel returns to the creepy Eel Marsh House, the arrival of a group of children (evacuated from WW2 London) once again resuming the titular villain’s reign of kid-killing terror.

Nobody makes grim, creepy shit look more beautiful than Hammer, and Angel of Death is yet another notch on the company’s belt, in that department. Like its predecessor, this year’s sequel is downright gorgeous to look at, infused with a grim atmosphere that is quite a delight. There’s a certain elegance to even the worst of Hammer’s recent output, and Angel of Death is overflowing with that classical charm.

It doesn’t hurt that the setting for the film is horror movie heaven, the creepy Eel Marsh House being the real star of the show here. George Steel’s wonderful cinematography milks every nook, cranny and shadow in the location for all it’s worth, squeezing a palpable sense of dread out of the film’s quieter moments. Just being in the house is creepy enough, as your eyeballs dart around the screen on a Where’s Waldo?-like quest to find the Woman in Black’s latest hiding spot.

Like the first film, Angel of Death is at its best when not much is really happening, as there’s something lovely about the quiet sense of foreboding doom in the first half. Of course, a 90-minute movie where nothing is happening isn’t much of a movie, and where this sequel falls apart is in bringing too many ideas and side plots to the table, few of which actually service the utterly disturbing set-up of innocent children being unknowingly driven into the belly of the beast.

In terms of story, there’s a lot more going on here than in the first film, which is oddly detrimental to the overall effectiveness of it. In addition to a romantic storyline between schoolteacher Eve and pilot Harry, there’s also a budding mother-son relationship between Eve and one of the evacuated children, and each character has their own set of baggage that plays into the plot. There’s almost too much going on, often making the film drag when the proverbial noose should be getting tighter and tighter.

It doesn’t help matters any that only a fraction of the time spent on developing the adults is spent on the children, with only one of them rising above two-dimensional status. Since it is children that are the apples of the Woman in Black’s eye, so to speak, their lack of development makes the film feel a bit misguided, with too many eggs seemingly being placed in the wrong baskets. All too often, the plight of the children feels like an afterthought to everything else going on, as if Hammer was afraid to travel too far down the path that they laid out in the first film.

What we have here is a sequel with a commendably ballsy set-up, but unfortunately a payoff that is eye-rollingly safe. Ultimately, nothing new is really added to the story (aside from a sorely underdeveloped survivor of the Woman’s fury) and no real chances taken, rendering Angel of Death a sequel that just kind of exists for the sake of existing. True, The Woman in Black similarly relied on tropes and relative unoriginality, but James Watkins’ film spun that wheel a whole lot more effectively.

With The Woman in Black 2: Angel of Death, 2015’s theatrical horror output kicks off on an average note. It’s at least a half-good film, which is more than can be said about the majority of last year’s theatrical offerings. A minor victory, but I’ll take it.