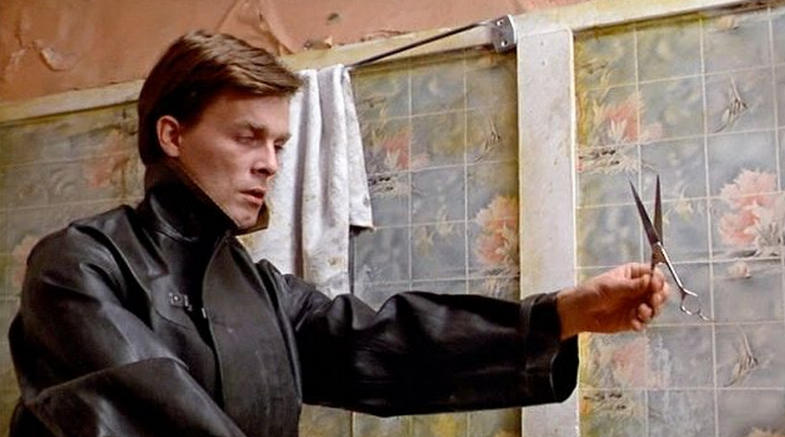 To celebrate the journey toward Halloween 2014 I’m going to do something I’ve wanted to attempt since I first started writing here on Halloween Love … put together a definitive list of my personal favorite horror movie moments and scenes.

I hope you will agree with some, maybe raise an eyebrow at others and fingers crossed a few will be pleasant surprises.

Johnny Smith (Christopher Walken), has only just started to understand and come to terms with his recently acquired psychic abilities when Sheriff George Bannerman (Tom Skerritt) asks him for help with a series of horrific recent murders. Johnny reluctantly agrees and when he touches the hand of the most recent victim he experiences a vision which reveals the Sheriff’s own Deputy is committing the brutal crimes. Aware he will soon be caught, the unhinged Deputy retreats to the creepy house he shares with his mother … calmly puts on the coat he would wear when he was killing, and proceeds to commit suicide by pushing his own face into a very large and sharp pair of scissors!

Walken in his prime being directed by a young Cronenberg was always going to result in something a little bit special and The Dead Zone doesn’t disappoint. The story starts small and just grows and grows until the fate of the entire planet depends on the actions of one man who doesn’t want to be special or a hero and simply feels cursed.