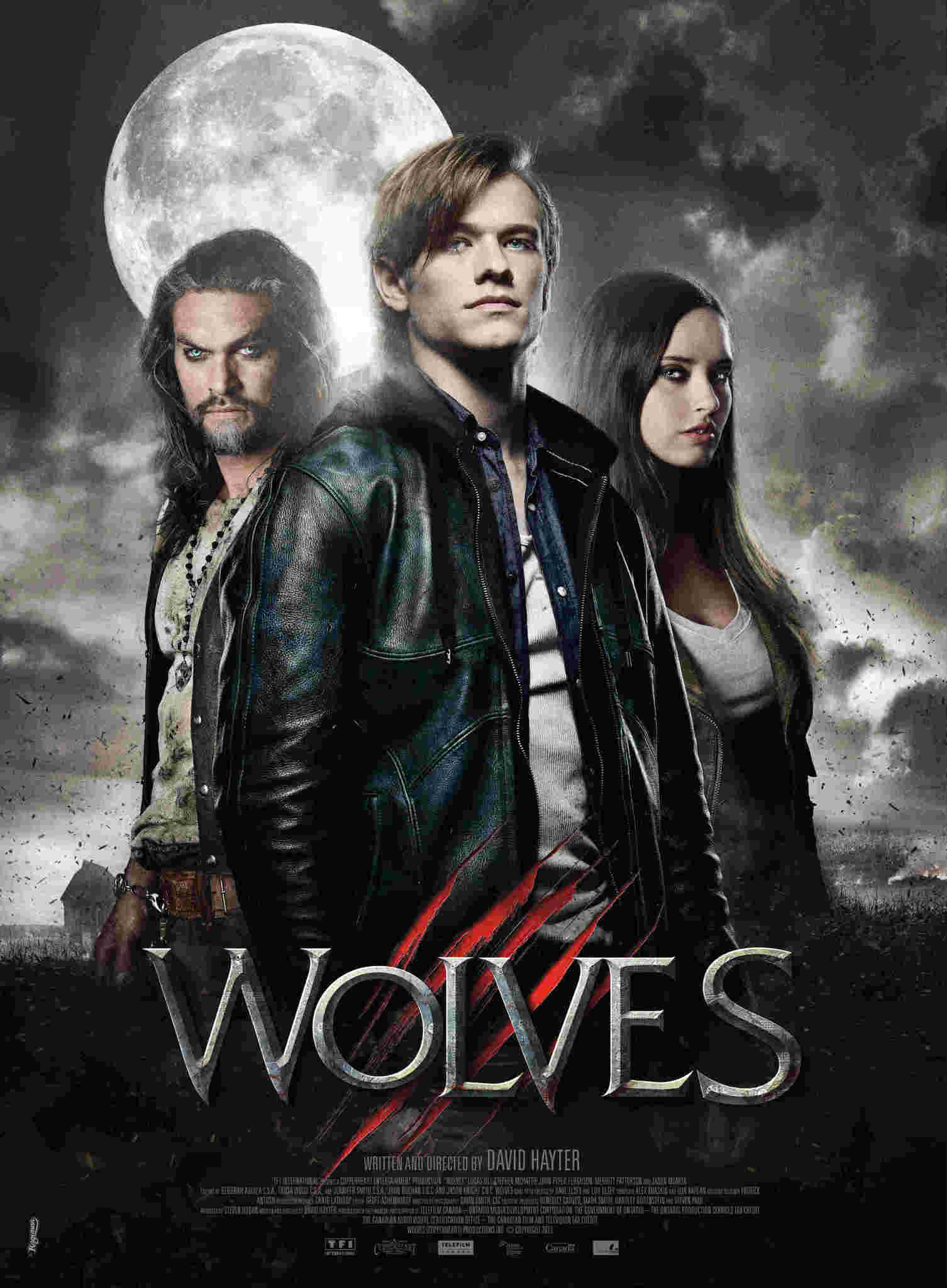 Sight unseen, Wolves is already an intriguing beast, as it marks the directorial debut of a pretty big name in Hollywood. David Hayter, who also wrote the werewolf flick, has penned a handful of superhero movies in the past decade, including X-Men, X-Men 2 and Watchmen. A guy with some impressive credentials, to say the least.

Released onto home video this past Tuesday, Wolves centers on Cayden Richards, a handsome young werewolf who flees his hometown after unwillingly slaughtering his parents. A lost soul with no family, Cayden ends up stumbling into the remote town of Lupine Ridge, where he meets uber-wolf Connor and his deadly clan – and learns some troubling details about both his past and the future of the town.

Right off the bat, there’s a certain Lost Boys/Near Dark vibe to Wolves, and as a huge fan of both of those movies, I was needless to say sucked right in. Filled out with colorful characters, Lupine Ridge is run by a pack of monsters who derive great pleasure from their devilish deeds, and it’s hard not to draw some parallels to them and the clans in those aforementioned 80s gems.

Also impressive in the early going is Hayter’s directing, the film oozing with a visual style that seems to promise a werewolf film that’s going to be both fun and super cool. Particularly in the first half, Wolves is slick and gorgeous to look at, and it seems quite evident that Hayter is both a skilled craftsman not just behind the keyboard, but also behind the camera.

Oddly enough, however, it’s Hayter’s script that is the problem here. Once Cayden starts learning things about his past, and the werewolf lifestyle, Wolves becomes needlessly convoluted, and it’s all painfully dull and boring. Worse yet, the film takes a turn into Twilight territory when a love interest is added to the mix, and it quickly devolves into that brand of corniness that is nauseating, rather than fun.

Back on the plus side, Jason Momoa is perfectly cast as alpha-wolf Connor, a role that the badass actor was born to play. Hell, Momoa looks like a werewolf even when he’s got no additional fur sprouting from his face, and I’m honestly surprised it took someone this long to cast him in a role such as this. Ultimately, the character never comes close to being memorable, but I must applaud Hayter for at least finding the right man for the job.

It’s impossible to review a werewolf movie without talking about the design of the monsters, which are bowling shoe ugly in this one. While the awful transformations are entirely computer generated, the fully transformed wolves are at least of the ‘guy in suit’ variety, though they look more like rejects from the musical Cats than they do vicious monsters. The werewolf version of Momoa’s character, in particular, is laughably silly, and somehow the dude looks far less badass as a werewolf than he does as a human being – go figure.

I’d be willing to forgive all of these issues if Wolves was at least fun, though entertainment simply isn’t something it provides. The film takes itself very seriously, and the moments of fun are so brief that you’ll likely forget all about them by the time the end credits roll across the screen. It seems Hayter was more intent on making a superhero origin story than an entertaining horror film, and the end result is a strange hybrid of The Lost Boys, Twilight and Superman that very rarely does anything more than make you roll your eyes and check the clock.

I’m honestly not sure who the target audience of Wolves is, as it’s a bit too gory for Twilight fans and far too corny for anyone else, though I am certain that those looking for a badass werewolf flick do not fall into the demographic that will find this one to be anything more than overly silly and utterly forgettable.

If you’re looking for a werewolf film with bite, you might want to look elsewhere.