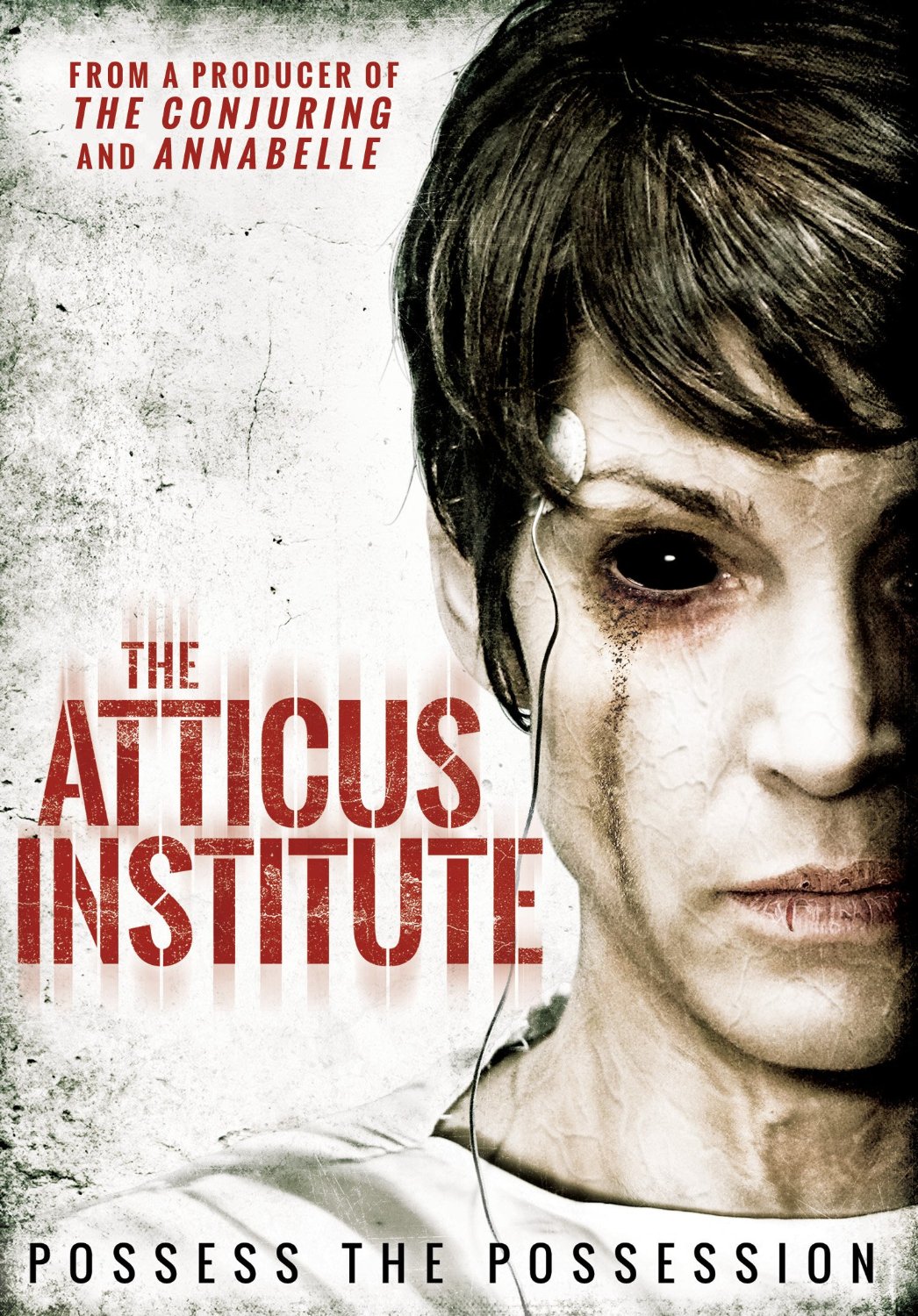 I often say that a horror movie need not reinvent the proverbial wheel to be effective, as sometimes all one needs to do is simply roll it well. That’s something last year’s standout possession movie, The Taking of Deborah Logan, very much did, and 2015 kicks off on a similar note with The Atticus Institute.

Written and directed by Buried scribe Chris Sparling, and released onto home video today, The Atticus Institute is a faux documentary about the titular institute, headed by Dr. Henry West (William ‘cousin of Tom Cruise’ Mapother). West and his team specialize in cases of the paranormal variety, and in patient Judith Winstead they find their golden ticket.

Exhibiting remarkable telepathic and telekinetic abilities, Winstead is unlike any patient West has ever come across, and the 70s-set film documents the team’s experiments on her. When they discover that she’s quite dangerous, the military steps in and takes over the institute, intent on weaponizing Winstead and using her supernatural powers for the good of the country.

The Atticus Institute is far from the first ‘found footage’ movie about a demonically possessed woman, and in fact it’s not even the first to take a clinical approach to the telling of such a tale – last year’s The Quiet Ones was similar, in that regard. But what Sparling does is tell that story really well, trading in a traditional ‘shaky cam’ found footage narrative for a compelling faux documentary that feels quite authentic, despite the fact that movies of this sort have more than worn out their welcome.

A partnership of footage from inside the institute, filmed in the 1970s, and present day interviews with those connected to the Winstead case, The Atticus Institute genuinely feels like a documentary, reminding that the proper use of the found footage style can really add a sense of realism to a film. Sparling’s debut horror feature excels in that realism department, making it very easy to buy into everything you’re witnessing.

Whereas most possession movies rely on demonic makeup or special effects to convey the horror, The Atticus Institute is admirably restrained, Sparling allowing for the various clinical experiments to creep you out and get under your skin, rather than throwing nightmarish imagery into your face. One scene involving hyperspectral photography is particularly effective, and the chills mostly come from Winstead’s ability to know and influence things that she shouldn’t be able to know or influence – like the beating of a frog’s heart.

If there’s any department wherein Sparling reinvents any sort of wheel it’s in the attempted weaponization of the possessed woman, as the military presence makes The Atticus Institute stand apart from the pack. It’s an interesting idea that adds an additional layer to what is an otherwise relatively standard slice of possession cinema, and little tweaks like that go a long way when a sub-genre is as tired as this one has become, in recent years.

Though no one character stands out, the acting across the board is very competent, particularly when it comes to the present day interviews with the institute’s researchers, West’s children and a still-shaken military man. They all feel like real people, recounting a very real story, which helps sell the idea that you’re watching a… real documentary. And though she’s far from the most memorable possessed character in recent years, Rya Kihlstedt is pretty chilling as Judith Winstead, requiring no makeup or contorted yoga poses to make you believe that the Devil resides within her.

As far as the film’s shortcomings are concerned, there’s really only one, and though it’s a minor issue, it comes at a time when a minor issue is a major problem. The final scene of the film features some pretty shoddy CGI, ending it on an underwhelming note that the movie is quite frankly better than. Especially considering how authentic everything prior feels, the unnecessary CGI sticks out like a sore thumb, and I can’t help but wonder why Sparling signed off on such an amateur finale.

At the end of the day, The Atticus Institute is admittedly little more than another movie about a possessed woman, but it’s told in such an intriguing and realistic way that it feels far superior to similar movies we’ve been fed in recent years. What we have here isn’t a new meal, but the added ingredients at least impart somewhat of a new flavor. And sometimes, that’s enough.

Chris Sparling already let us know that he’s a solid writer with 2010’s Buried, and with The Atticus Institute he has proven he’s also a competent director. Keep your eyes on him, horror fans.