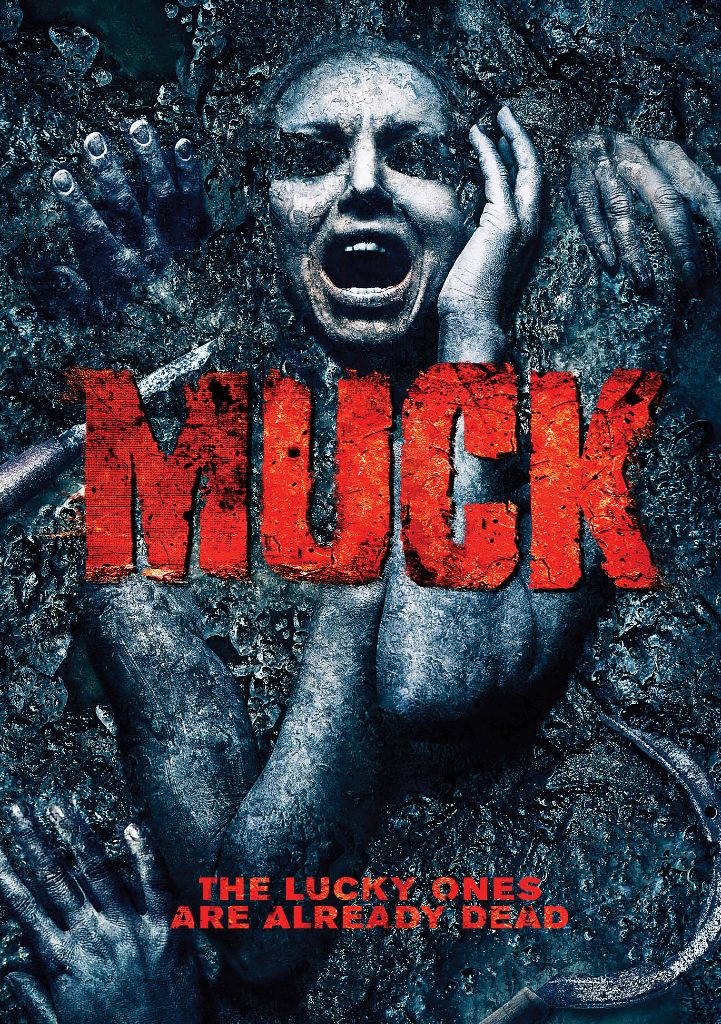 It’s no secret that us fans are nostalgic for 80s slasher flicks, and countless films that have come along in the past decade have attempted to recreate the magic of that era – with varying results. There’s perhaps no film that accomplished the task better than Adam Green’s Hatchet – a movie that new release Muck has aspirations of being.

Written and directed by first-timer Steve Wolsh, Muck is intended to be the middle piece in an upcoming trilogy of slasher films, centered on a rabid band of marsh creatures. In the film, a group of survivors emerge from the marsh and seek refuge in a nearby house, but it’s not long before the monsters come knocking – and a bloody battle ensues.

I think it’s safe to say that even the most diehard slasher fans will agree when I say that the sub-genre isn’t exactly high art, as many of the 80s horror films we love deliver little more than an entertaining blast of blood and guts. Creative kills, fun characters and a badass villain are just about all you can ask for from a film like this, and with Hatchet, Adam Green proved that he understands that.

Unfortunately, Steve Wolsh proves with Muck that he doesn’t quite have the same grasp on what it is about a slasher movie that makes a slasher movie… fun. Because fun is just about the last adjective I’d use to describe his attempt to ingratiate himself to fans the way Green did back in 2006.

It may seem silly to complain about TOO MUCH female nudity, especially in a film that’s supposed to evoke the spirit of 80s slasher flicks, but Muck is quite frankly insulting in its attempt to use the female anatomy as a distraction device. True, hot naked chicks are an inherent aspect of slasher cinema, but Wolsh seems to think that they’re the ONLY reason we dig that sub-genre – and it’s kind of gross.

As mentioned, the idea of Muck is that it’s the second film of a trilogy, and Wolsh uses that as justification for avoiding the pesky chore of developing a story. Watching it feels like walking into a movie that’s already halfway over and then walking out before it ends, and though that may have been Wolsh’s intention, the complete lack of any sort of story is nothing short of incredibly lazy – even for a mindless slasher.

One of the selling points for Muck is that no CGI was used, which immediately piqued my interest. And though that wasn’t a lie, they failed to mention that there’s absolutely nothing creative or noteworthy going on in the gore department. The film is home to plenty of murder, but the kills mostly happen off-screen or in pitch darkness, and the extent of the practical effects work is in the blood-spraying department – those looking for Victor Crowley-style mayhem will be very disappointed.

Another of Muck‘s selling points is that Kane Hodder plays the lead villain, which is kind of a lie. Hodder is merely one of several creatures in the film (named Grawesome Crutal), appearing for a grand total of about 60-seconds. It’s impossible to tell what exactly he and his monster friends are supposed to be, as the movie doesn’t bother to tell us, but it’s hard not to feel bad for Hodder when you realize the creature design consists of taking his shirt off and painting him white.

A poorly strung together highlight reel of gratuitous nudity and near-nudity, Muck is completely devoid of all the things that make the best slasher movies so much fun to watch. The story is nonexistent, the kills lack creativity, the ‘clever’ dialogue is terrible and the characters aren’t fun to hang around with, making this one a slasher throwback that completely misses the mark.

Ultimately, Muck accomplishes little more than perpetuating the idea that horror fans are not only predominantly males but that we’re also mindless brutes who view women the same way nearly all the characters do: as sexual objects. I’m all for exploitation, don’t get me wrong, but there’s something ugly about this one, and it’s the sort of movie that does more damage to the genre than it does good.

But hey. Maybe you’ll be so blinded by the nudity that you’ll forget you’re watching a bad movie.

Steve Wolsh is banking on you doing just that.