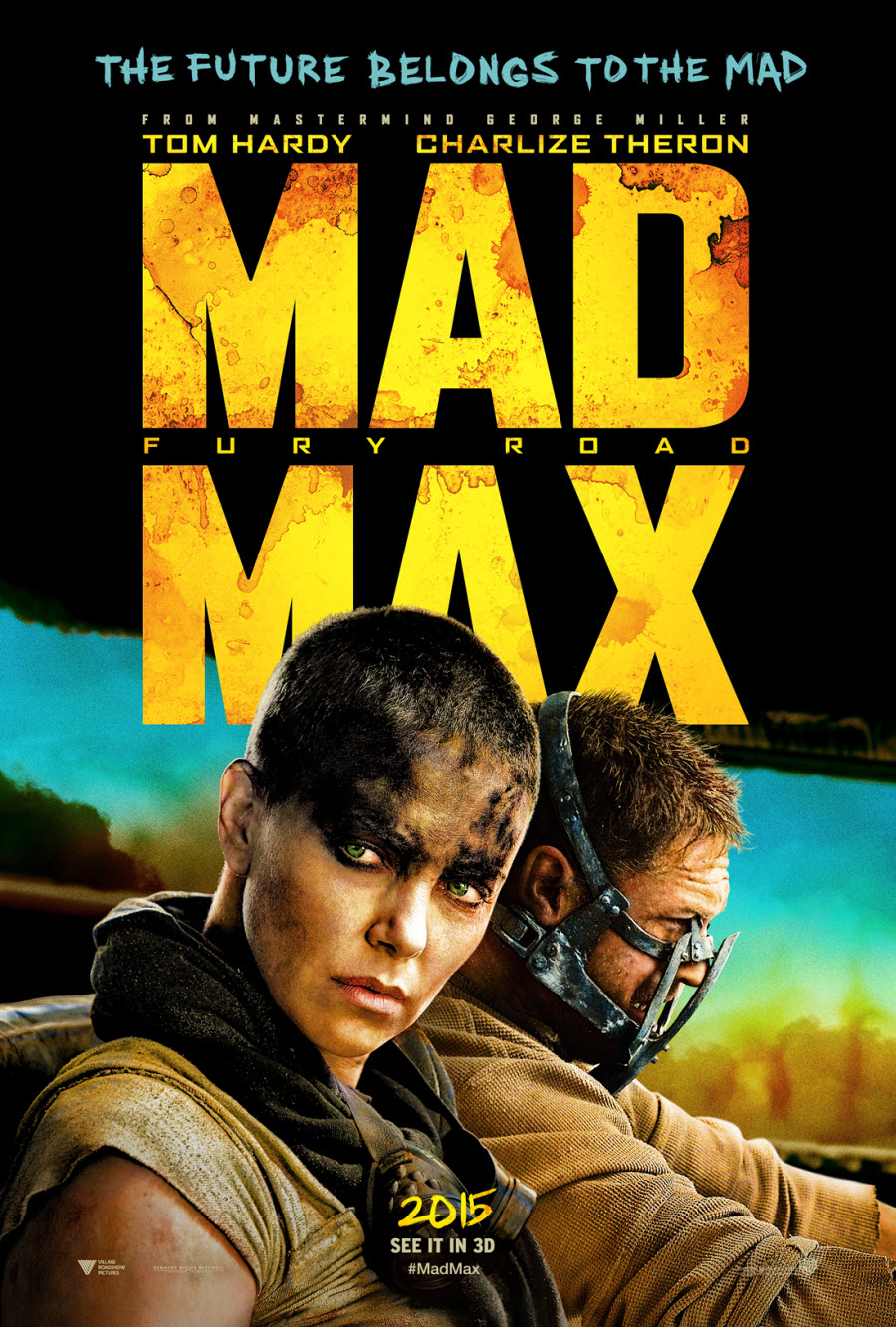 There’s a reason the name George Miller immediately puts a smile on the faces of so many movie lovers, and that’s because there’s something singularly special about the films he has brought into our lives. The Aussie filmmaker is of course known for the Mad Max trilogy, and this year he returns to inject a massive needle full of adrenaline directly into the franchise’s heart – 30 years after the last installment.

Tom Hardy takes over the role made famous by Mel Gibson in Mad Max: Fury Road, which picks up with Max Rockatansky wading through the wasteland. After he’s captured by a madman and his twisted family, Max links up with the equally badass Furiosa (Charlize Theron), the two embarking on an epic journey in the hopes of freedom and redemption – with the evil Immortan Joe hot on their tail.

The last few years have seen the rise of reboots that could just as fittingly be described as sequels, and though Max this time around is portrayed by a different actor, Fury Road very much belongs in that particular group. The iconic character is right where we left him back in 1985, wandering the post-apocalypse and still grieving over the loss of his wife and child – and everything else he knew and loved.

It’s hard not to view Mel Gibson as the one true Max Rockatansky, since he played the character three times, but Tom Hardy makes a damn good case for himself in Fury Road. His depiction of Max is madder than ever before, as the character is in a condition that reflects the wear and tear of all the previous sequels. Max, this time around, is clearly haunted by the past, and it shows in everything he does.

But despite the fact that his name is in the title, Max isn’t actually the star of the show in Fury Road. The one-armed Furiosa is in many ways the focal point of Miller’s return to the franchise, and it’s Theron who shines brightest. One of the great female characters of our time, Furiosa is on a mission to single-handedly liberate womankind, and you’re likely to leave the theater wishing to be her – rather than Max.

As an over the top action film, Fury Road ticks off all the right boxes to the point that its only real downside is that anyone currently making their own action flick is likely to throw their hands in the air and give up. It’s a film that’s beyond compare in the realm of action cinema, so completely fulfilling all potential desires from that genre that it quite frankly reinvents what it even means to be an action film.

Full of raw energy from beginning to end, the two-hour Fury Road is thoroughly exhausting in the best of ways, taking all the best parts of the previous Mad Max films and multiplying them by 1,000. The characters are more colorful than ever, the cars crazier than ever and the action sequences so inventive and gloriously over the top that Miller effectively puts all other action movies to shame.

Though the passage of time has allowed for Miller to go bigger and better than before, he only utilizes CGI sparingly, mostly relying on good old fashioned stuntmen and practical effects. There’s a palpable danger to the proceedings that has been missing from modern action films, and rather than laughing at shoddy effects, you’re more often wondering how the hell they pulled most of the big sequences off.

What’s most admirable about Fury Road, however, is the way that Miller uses a male-centric franchise/genre to tell a story that is predominantly (and unexpectedly) about female empowerment. Max, like he does in the other sequels, sort of just passes through a story that is much bigger than himself, and there’s a surprising depth to the proceedings that adds a whole lot of gravitas to the action.

For diehard Mad Max fans, one of the real treats of Fury Road is that the original film’s Toecutter, Hugh Keays-Byrne, returns to play new villain Immortan Joe. More monster than man, Joe leads with an iron fist and keeps a harem of women as his slaves, and he’s without question the most visually imposing Mad Max villain of them all – as well as the most memorable bad guy Miller has brought to the screen.

Truthfully, it’s a miracle that Fury Road even exists. That anyone decided to hand George Miller $150 million and let him go crazy with it is frankly proof of a benevolent God, and the end result is so completely his vision that it’s almost not even fair to other Hollywood films. Like Guardians of the Galaxy before it, Fury Road reminds that the best films aren’t made by studios, but by uninhibited filmmakers.

When watching Fury Road, you’re not just watching a kickass action movie, you’re also watching a 70-year-old filmmaker put the pedal to the metal and reaffirm why he became such a cinematic legend in the first place. A full 30 years after he last played around in this world, Miller has unquestionably created his masterpiece, and getting to watch him paint it is both an honor and a privilege.

If you experience one movie on the big screen this year, make it Mad Max: Fury Road. I’d call it the best action movie of the year, or even the past ten years, but the truth is so much grander than that. The truth, my friends, is that Fury Road is one of the best action movies in the history of cinema. And depending on how you look at it, it’s either the best sequel or best franchise reboot of all time.

That’s not hyperbole. That’s the truth.