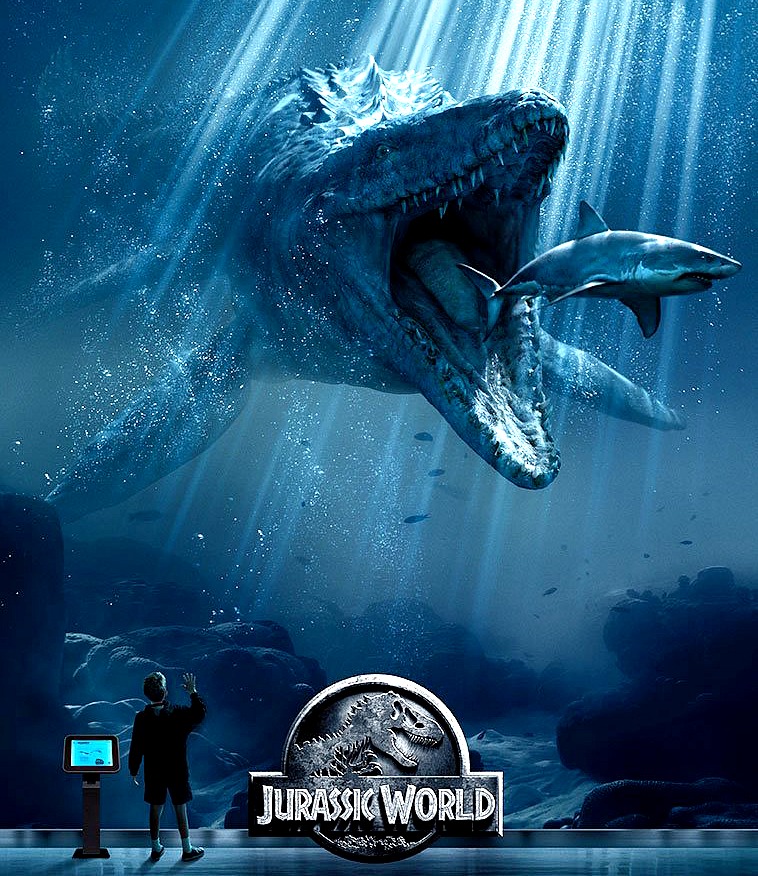 There are a small handful of movie moments indelibly etched into my brain, and none are more magical than the first time we saw a glimpse of the dinosaurs in Jurassic Park. It was a scene that solidified my love for cinema, confirming that anything was possible inside the walls of a movie theater. Jurassic World, I’m happy to report, plays like a visual love letter to the magic of that classic moment.

Set on the infamous Isla Nublar, 22 years after the events of the original classic, Jurassic World takes place inside the dinosaur theme park that the late John Hammond dreamed of one day opening to the public. In order to make up for declining attendance rates, the park’s scientists cook up a genetically-engineered hybrid dinosaur, and all hell breaks loose from the moment it, well, breaks loose.

In a featurette that’s been playing on movie screens the past few weeks, Steven Spielberg exclaims that seeing Jurassic World come to life is like seeing Jurassic Park come true. And as I sit here typing up this review, feeling like a kid again, smiling ear to ear, and wanting to jump in my car and head to the nearest Toys R Us, I can’t think of a better way to describe the experience of this decades-later sequel.

There’s no hyperbole in my tone when I say that Jurassic World is a love letter to Jurassic Park, because that’s precisely what it is. Director Colin Trevorrow’s fondness for Spielberg’s classic bleeds through every frame, and the film proudly wears it sequel status as a badge of honor. Several noteworthy scenes pay direct tribute to Jurassic Park, and it’s nothing short of a treat for longtime fans of the franchise.

And so too is Jurassic World a treat for the kids of today, who maybe haven’t ever had the pleasure of experiencing Jurassic Park. Like the film’s brand spankin’ new hybrid dinosaur, Jurassic World is bigger, meaner and more thrilling than the 1993 film, and in the true spirit of being a reboot, it tailors the action and visuals to the youths of today – born into a society that’s more jaded than ever to the magic of film.

Though nothing may ever quite capture the magic of Jurassic Park, Trevorrow’s sequel/reboot admirably imparts some pretty awe-inspiring visuals, and the computer-generated beasties are both impressive looking and fully on display. While some films hide their effects in the shadows, Jurassic World‘s dinosaurs aren’t camera shy in the least bit, and the CGI is so good that you just might forget it’s CGI.

As for Jurassic World‘s genetically-engineered main attraction, her name is Indominus Rex, and she’s the biggest and badass villain to ever stomp into the franchise. While the trailers smartly avoided revealing a full visual of the hulking giant, the film shows more than enough of her to satisfy, and oh boy is she a sight to behold. And needless to say, she’s not the only threat roaming around inside the park.

While Chris Pratt and Bryce Dallas Howard’s characters are both likable, if not a little dull, the real stars of the show in this one are arguably Ty Simpkins and Nick Robinson, who play brothers Gray and Zach. One’s a cell phone/girl obsessed teen and the other a dinosaur-obsessed youngster, and their nightmarish adventure through the park brings both heart and genuine emotion to the otherwise mindlessly entertaining proceedings.

And what an adventure it is, as Jurassic World seems intent on cramming in more action than the previous three films combined. Once things get going, they get going in a big way, and there are times where it feels like a full-on feature film adaptation of Topps’ batshit crazy Dinosaurs Attack! trading cards. Dinosaurs violently attack both humans and other dinosaurs, and things get pretty bonkers for a PG-13 affair.

In addition to the action, Jurassic World takes some time to make some worthwhile statements about our society, commenting on our relationship with animals as well as our inability to be impressed by impressive things. You almost get the sense that the movie is asking you to stop being so jaded, and if you can get back in touch with that childlike sense of wonder, you’re in for a thrill ride of youth-inducing proportions.

Colin Trevorrow recently commented that he felt the Jurassic Park sequels lost something by not being set inside the park, and I concur with that sentiment. By bringing the franchise back to its adventurous roots, Trevorrow and company have managed to make the land of the dinosaurs a place of cinema magic once more, and Jurassic World is unquestionably the series’ best outing since Jurassic Park.

I’m not going to say Jurassic World is a perfect movie, as it does have its flaws, but it’s the sort of movie that’s ultimately so much fun that you’ll forget about them as soon as you take note of them. And it doesn’t hurt that it ends with one of the coolest movie sequences of all time, which was quite honestly so awesome, satisfying and nostalgia-inducing that I must admit I found myself choking back tears of joy.

Jurassic World is being billed as a movie event 22 years in the making, and as I stood up in my theater last night and clapped my hands together, in unison with nearly everyone in that building, I couldn’t help but feel that the wait was well worth it. It truly is the sequel we’ve been waiting for.