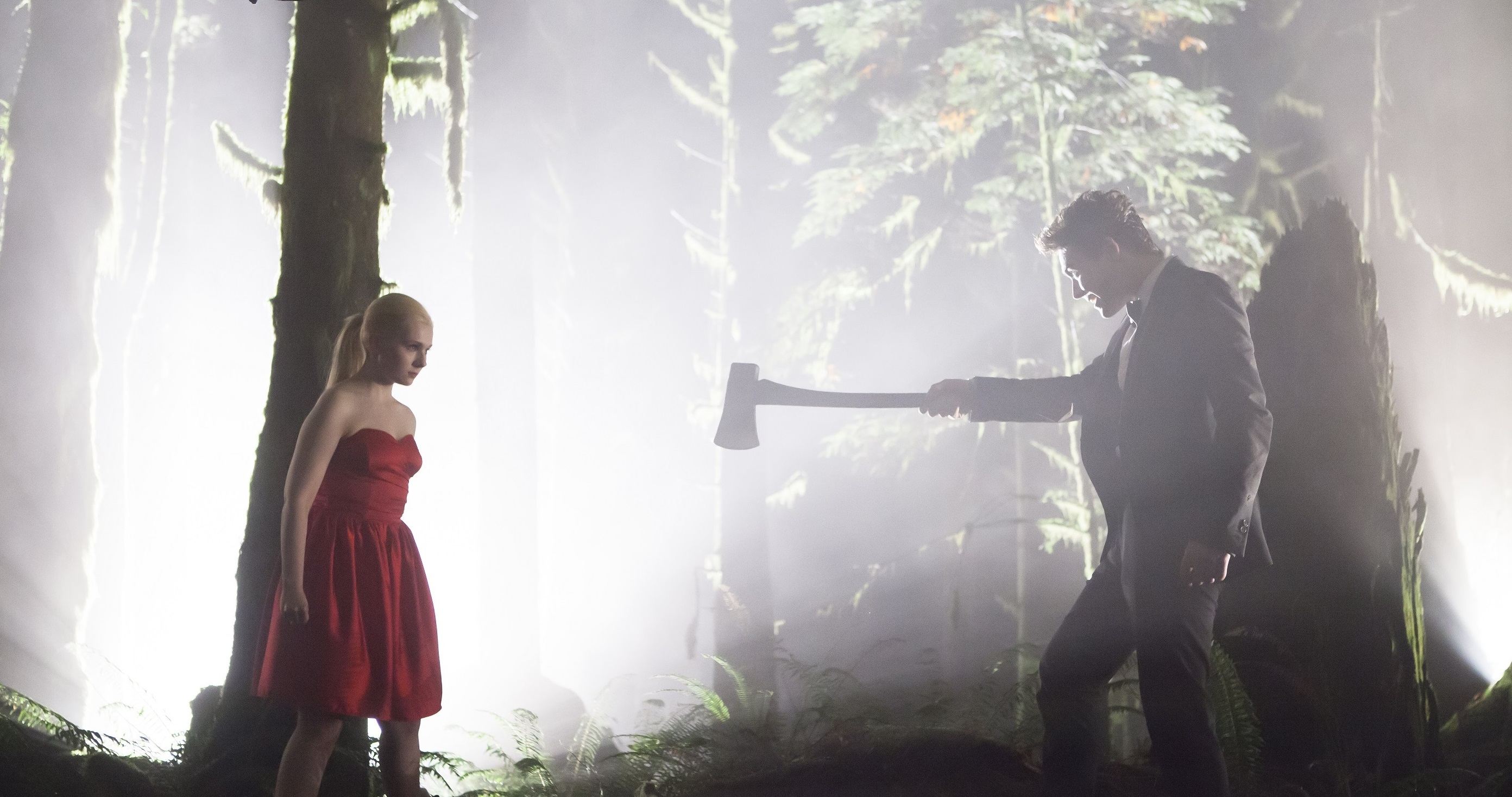 A handful of horror films have come along over the years and played around with the tropes of the genre, with Scream of course being a notably successful example. Behind the Mask: The Rise of Leslie Vernon and The Cabin in the Woods took similarly meta approaches to their subject matter, and this year’s Final Girl has intentions of doing the same; showcasing the creation of, well, a horror movie ‘final girl.’

Written by Adam Prince and directed by Tyler Shields, Final Girl centers on Veronica (Abigail Breslin), a young woman who has been trained most of her life to be an assassin. In her final mission, Veronica’s teacher sends her deep into the woods to wipe out a group of men who have killed countless women in the area, and though she makes them think they’re hunting her, the reality of the situation is quite the opposite.

Already established as a photographer, Tyler Shields proves beyond a shadow of a doubt that he’s a bona fide filmmaker in his directorial debut, as Final Girl oozes with a visual style worth commending. Particularly when the characters are running around in the well-lit woods, the film is one of the downright prettiest of the year, home to striking imagery that often makes you feel like you’re watching beautiful photographs come to life.

Alas, Final Girl is so concerned with looking good that the visual style is not just the only memorable thing about the film, but also the only real competent aspect of it. As good as Shields is behind the camera, the script he was working with squanders a potentially brilliant concept at almost every turn, and the film ultimately amounts to one of those efforts that is full of style but lacking in any substance.

There’s something immediately jarring about Final Girl, as the film never bothers to establish what’s going on. We’re thrust into a situation where Wes Bentley’s character is training Veronica to kill, though at no point is it explained why he has dedicated his life to training her or why she has to play the victim before killing the men. Once killers and final girl come face-to-face, the concept is already dead in the water.

It doesn’t help that Abigail Breslin is awfully miscast as Veronica, a seemingly weak teenager who harbors a badass secret. Breslin has become somewhat of a scream queen this year, appearing just a few months back in the zombie film Maggie, though unlike that movie, she just doesn’t feel like she belongs in the role she was cast in here. She’s simply never believable as the character – and the awful dialogue only makes her look worse.

As misguided as the set-up is, Final Girl gets even more problematic once we enter the woods. Despite the fact that there are no stakes and none of it really makes any sense, it should at least be entertaining to watch the beautiful Breslin wield an axe and slice up a bunch of yuppie maniacs, though it’s quite obvious that Shields wasn’t interested in doing much more than making the woods look as artsy as possible.

Rather than becoming the badass we’ve been promised she is, Veronica for whatever reason relies on a cocktail of drugs to get the upper hand on her would-be attackers, and we’re treated to various hallucination scenes that don’t in any way service the story. They seem to exist solely so that Shields can continue playing around with the film’s visual aesthetic, and they hurt the film much more than they help it.

Though Final Girl‘s concept seems ready to flip horror conventions and mess around with the familiar tropes the way that the aforementioned films so expertly did, the bummer is that Adam Prince’s script offers up no discernible commentary on the genre. Turning the final girl into the killer and showing us her behind-the-scenes creation is quite an alluring idea, but the execution leaves so much to be desired.

The silver lining here is that Tyler Shields knocks his contribution to Final Girl out of the park, as there’s really nothing bad one can say about the film’s direction or overlook look. It’s hard to blame him for the massive storytelling problems, even if this is at the end of the day his movie, so he manages to come out of the messy ordeal looking like a filmmaker who by all means deserves to continue making movies.

With a better script to work with, I have no doubt in my mind that Shields is capable of making something special. Final Girl, unfortunately, is far from special.