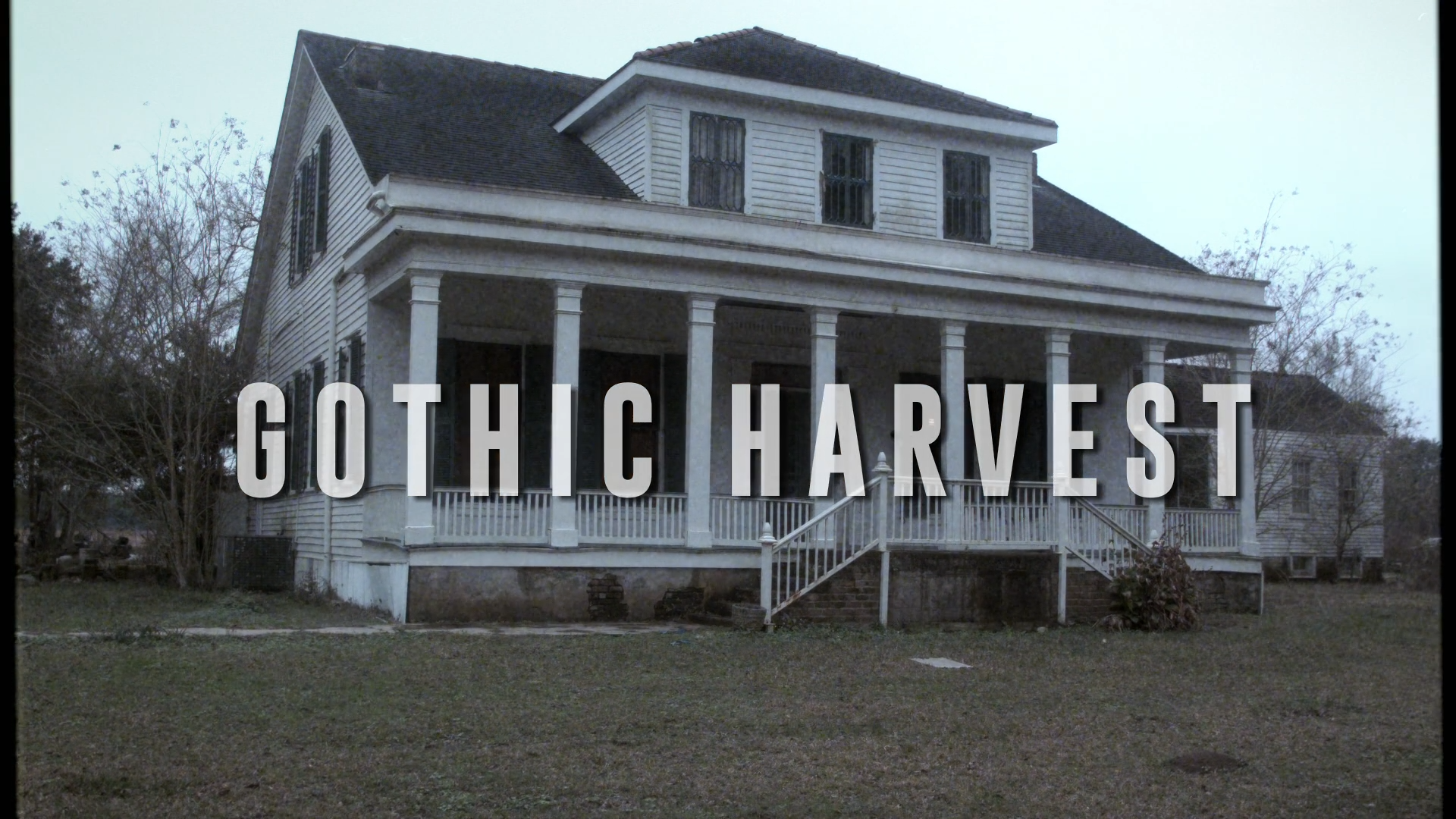 I was looking at various lists of horror movies based around holidays, as one does at 7am on a Sunday. As I expected to find, there’s several based on or around big holidays like Halloween and Christmas and the rest of the holidays don’t seem to get as much of a spotlight.

Being that the holiday of Carnival is in full swing I decided to look for movies based around Mardi Gras. More results than I expected!

One that caught my eye, due to its excellent top-billed cast of Lin Shaye and Bill Moseley, with an abysmal rating on IMDb, was Gothic Harvest, which shall be tonight’s topic.

This Movie Had a Cool Idea Buried Deep Within It

With the right script, cinematographer, direction, musical score, effects department, and actors, it could have been a fun supernatural curse movie. None of this applies to the movie we are given though. The trailer is WAY more fun to watch than the actual movie. And yet, even it kind of sucks.

I do not recommended you watch this movie so I wouldn’t worry about being spoiled on it. 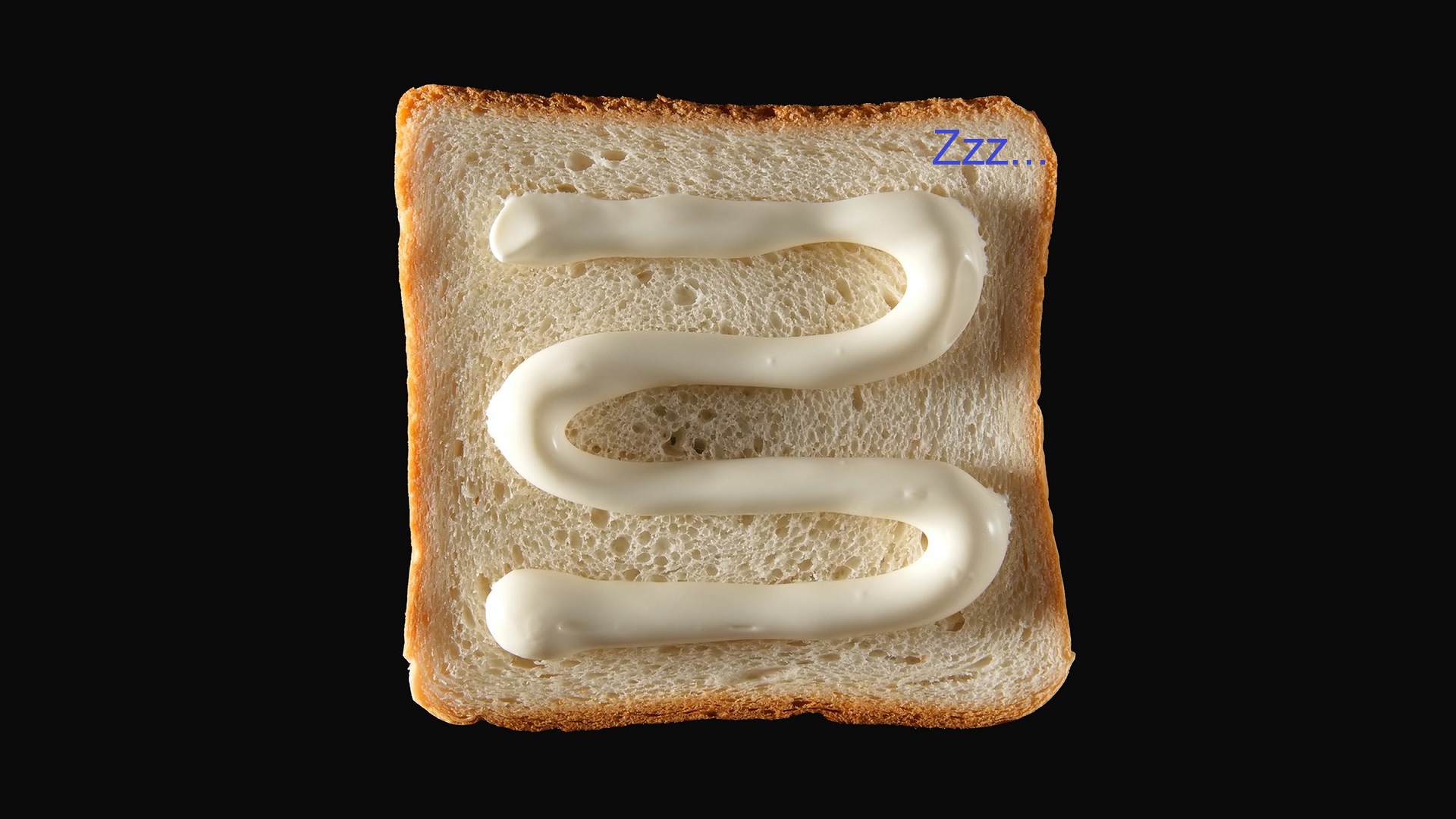 After returning from her restroom break the lady-date is invited back to a medium-sized home with a porch, which I thought was going to be a cool abandoned house for the two to make love in, but is just the modest home of the murderer and her family.

At Six Minutes in I Really Regret This

The acting is as bland as a mayo and white bread sandwich. 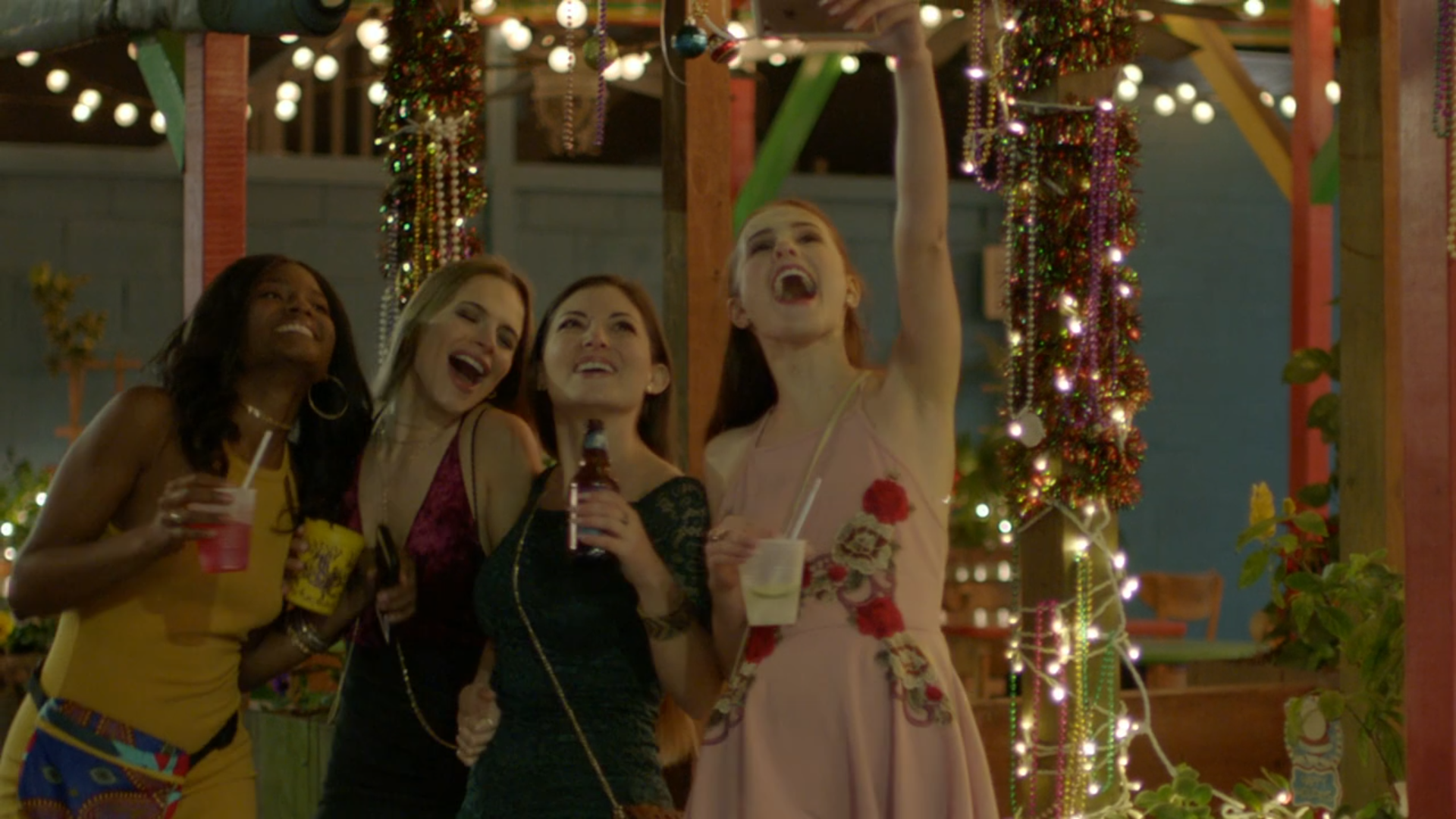 Enter four ditzy college girls as they exit a bar on Bourbon Street. The gals are visiting New Orleans for Mardi Gras. A very boring creep lures one of the girl-group back to his home, the same medium-sized home with a porch! Bill Moseley is an undercover cop who is tasked with helping the bimbos find their friend after just randomly meeting them on the street. Bill really does his best to be believable in this movie, I give him a gold star for trying.

Something I noticed about these remaining three friends is they’re always wearing the same color. There’s the green friend, the yellow one, the pink one, and Bill always in blue. This costuming choice confuses me as it’s typically something used in children’s programming. 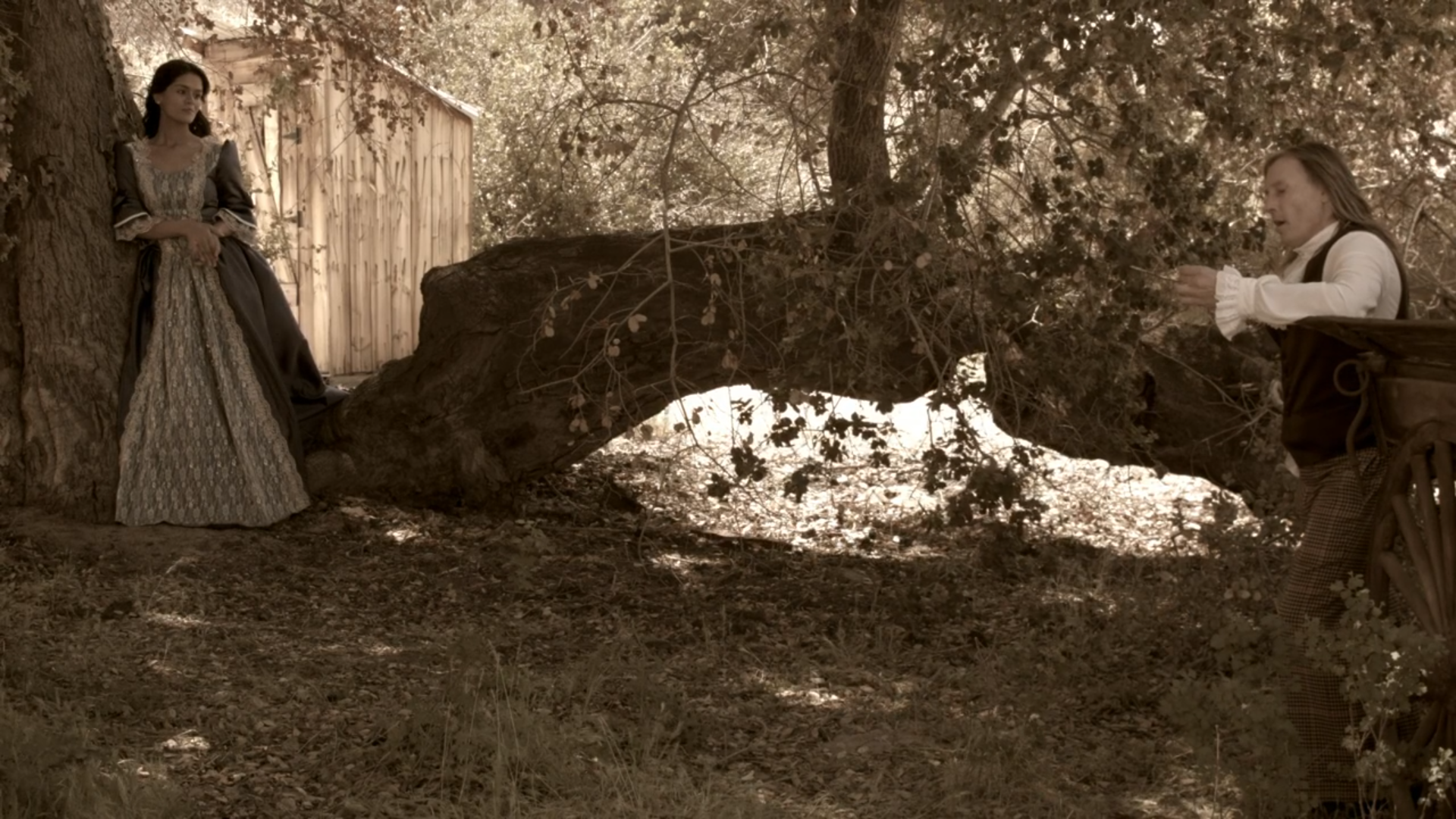 In the medium-sized home with a porch, we meet a family at dinner. The date from the opening sequence (was it one year earlier from this point? I dunno!) is at this dinner party and suddenly gets her neck snapped to death in a move much like one my chiropractor regularly uses.

We’re treated to some flashbacks with voice-over by Lin, explaining why this family is the way they are and conveniently also how to stop them. Surprise, it’s a voodoo curse!

I think what happened is a gal from the family had one night barn roll-around with a man who was dating a voodoo practitioner. Somehow the Voodoo Lady found out, and broke into the barn-banger’s home (why yes, the very same medium-sized home with a porch) to curse the family for the tryst. The curse makes them all immortal. 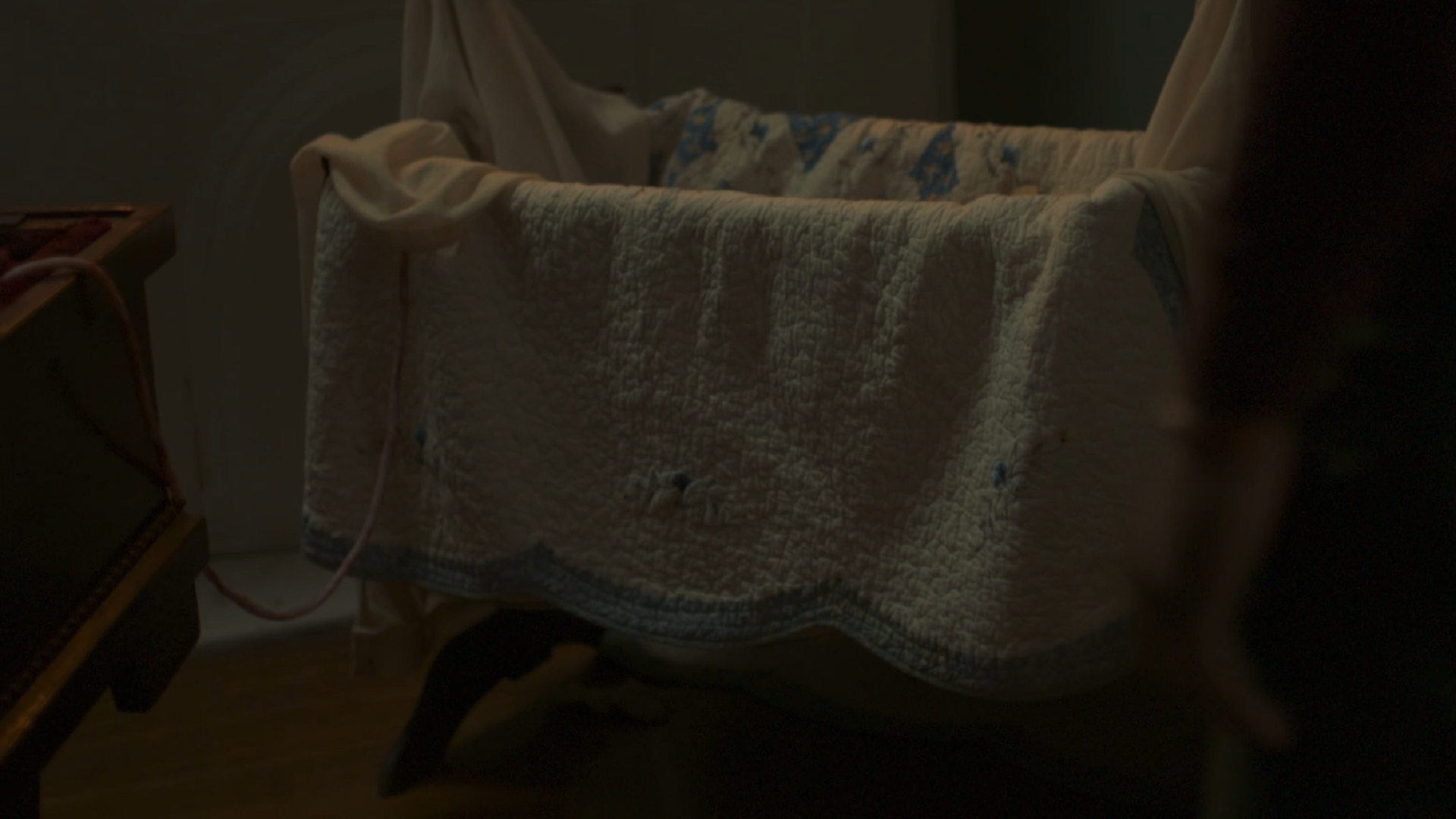 You guys, the barn-tryster gives birth to her cheat baby, but they don’t cut the umbilical cord. This is how they get to live forever according to the rules of the curse. Everyone involved in this curse lives forever at their current age. Everyone. Like even characters who have no discernible tie to the Voodoo Lady or the Cursed Family seem to be living forever. The only one who ages is the young woman who made the mistake of having sex with the Voodoo Boyfriend, but she still doesn’t die.

So There’s This Baby, Attached Via Umbilical Cord to a 130-Year-Old Woman

The old woman sleeps in a coffin with a bassinet next to it, and needs fresh young lady blood administered via IV, to survive.

The middle of the movie is filled with obnoxious manufactured conflict for both the girls hunting their missing friend and the family in the house with a porch. It’s so forced and bland I almost fell asleep, and I was watching this in the morning after a decent night’s rest! 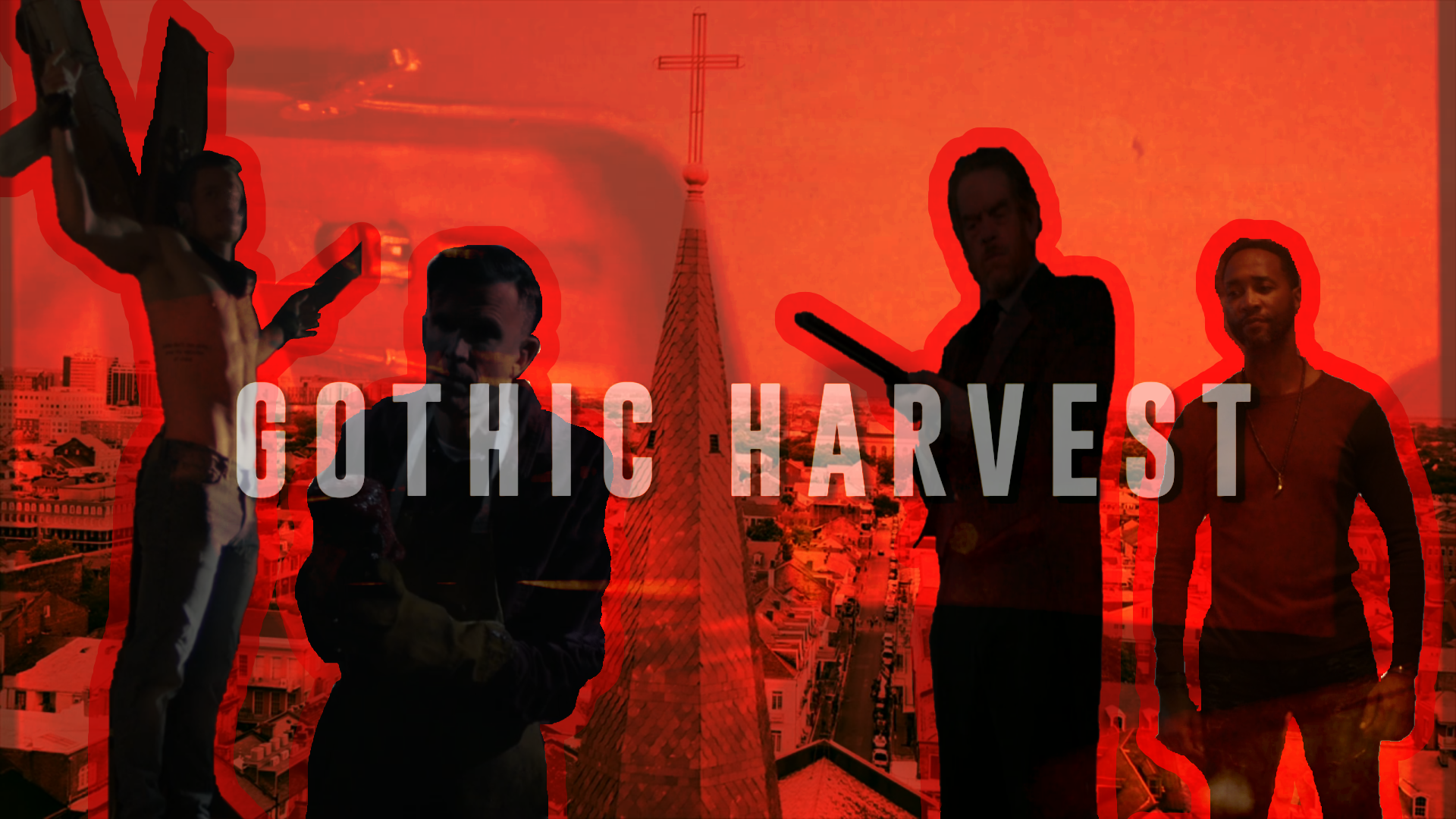 The generic rock music that makes up most of the soundtrack is really cheesy and I’ve decided that four of the guys in this movie are probably in a band together and it’s their rockin’ grooves we’re hearing. I made them an album cover with scenes from the movie. The credits did not confirm this theory, but you’re still welcome for the album cover guys.

The Conclusion of the Movie Finally Comes

A rag-tag team made up of the Girl Group, the Voodoo Boyfriend, and Officer Moseley, finally descend upon the house with a porch. The team is killed by the family, and before the credits roll we are shown Bill tied up in the barn in a bunny mask, maybe because Easter is the next major holiday celebrated here in the US? Green girl, who we thought was dead, is actually now a prisoner of the family, feeding the old lady in the coffin via IV. But honestly who cares?

This movie seemed like it wanted to be a modern New Orleans twist on the entire Texas Chainsaw Massacre franchise all rolled into one. The family feast, the use of blood to feed an elder, a mentally disabled member uses the dead to decorate, what the family argue about, how they’re shown treating the captive, archetypal rolls the various siblings play, it’s all very wannabe TCM.

The way Voodoo, and the native NOLA population is portrayed, is cliché and tired. There’s a character named Chicken Man (they actually call him that in the movie) who gives the girls a chicken foot at the beginning of the movie, he was my favorite part.

Have you seen this movie? Do you know of any better horror or suspense films that take place during Mardi Gras season? As always, I’d like to hear from you and invite you to reach out to me on Twitter and let me know what you think!