Thank you for the best storytelling experience, of any medium, I’ve ever had. My face is still dried out with tears as I write this.

Thank you Stephen for writing the damn thing of course, and thank you Steven for the 45-hour-long reading!

That’s right, I only made it through the 1,000+ pages of IT with the help of an audiobook, read wonderfully by long-time Stephen King collaborator and obvious fan, actor Steven Weber. If your snob alarm is sounding:

“Hah! You didn’t actually read the book; you just listened to the audiobook? That’s cheating dumb-dumb. If you didn’t really read IT, then I care not for what you have to say about IT.“

Then I welcome you to go no further. But, also, if you don’t mind my peasant-level ignorance, though haven’t enjoyed the book yourself yet, you may wish to turn back. Possible spoilers ahead.

Believe me, I greatly romanticized “properly” reading the book for a long time, including within the very first part of “Let’s Talk About IT.” I of course had to have one of the original 1986 books, with the original cover: 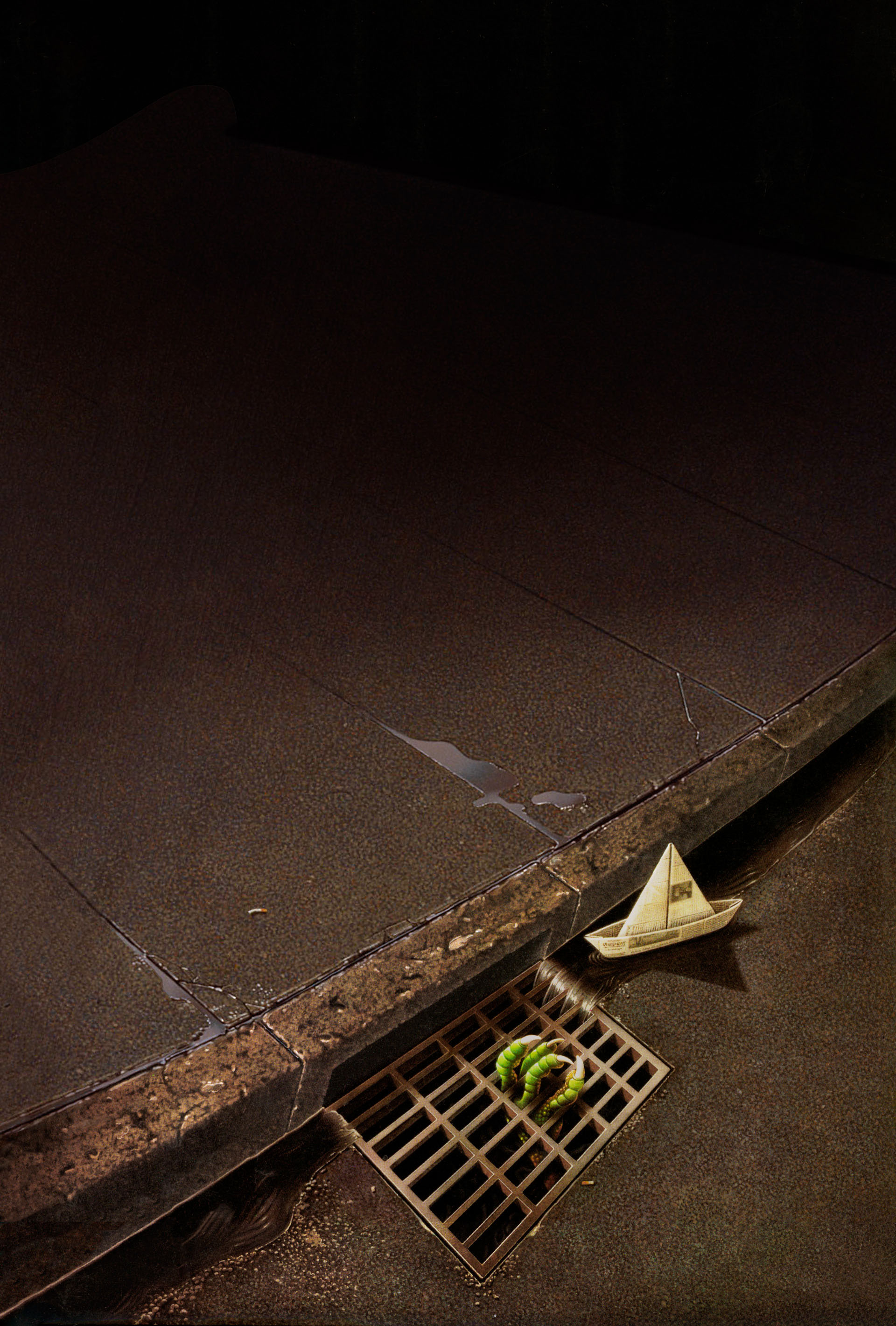 So, I dropped $60 on it (they’re going for double that now); it arrived; I carefully reviewed it for damage (pretty decent quality it turned out); I then began, anxiously, my daunting journey into reading it. I got my bed all set for maximum comfort, my glasses on, and managed to find a mostly comfortable position to maneuver this massive hulk of a book into. I made it through the first 100 pages.

Despite enjoying the story of course, and although I’m not that old, I’m not that young anymore either, I found the whole premise increasingly daunting. My eyes, even with my glasses, would begin to blur, after only an hour or so of reading and I wouldn’t be able to focus. Even though I fancy myself a completist, I’ve had a strange relationship with books over the years, mostly with the bad habit of not finishing them!

This starting to become a pattern I didn’t much care for, I had something of an insecure fear: “Can I even read an entire goddamn book anymore!” My determination battled with an almost manic, procrastinating, attention disorder of not being able to pick the book up again for a few weeks. Not wanting to admit mental defeat, I had to find a solution. I thought, even with my own snobbish concerns at the time, that I’d have to turn to an audiobook to complete my journey (I’d never listened to an audiobook before).

Even at that point, staring at “Listening Length: 44 hours and 55 minutes,” I had my doubts. I loaded up my iPod (yes, I still use my old school iPod from over a decade ago), turned the lights out, put on my awesome Bose noise-cancelling headphones (that I had luckily gotten from a friend as a Christmas gift — something I would have never bought for myself), laid down on my bed with my hands on my chest, fingers interlocked, closed my eyes, and began!

I found this experience so much more enjoyable, comfortable, and fulfilling, but still held my fear until I finally passed the 100-page mark where I’d left off reading before. Over the next 2-3 months (I can’t even remember now), on the weekends mostly, 6 hours here, and 3 hours there, I’ve finally, just now, finished! Raaaaawwwwrrr!!! As daunting as it all was in the beginning and throughout most of the middle, I began getting very melancholic toward the end, not wanting it to ever be over.

Both at the beauty of Stephen’s words and missing these new friends I’d made and loved, but also my own flashbacks of childhood, and like a drug, not wanting this intoxicating escapism to ever, ever end, I had a pretty good cry. And, in a way, I was sad to say goodbye to Stephen and Steven who I’d also grown to love (and I’m crying again now writing that). Going in, and regardless of the fact that he ended up doing an amazing job, I was already excited it was Steven Weber that was narrating because of his existing connection to the Stephen King universe.

He played Jack in the 1997 TV adaptation of The Shining, and was also in Desperation and Nightmares & Dreamscapes.

As I mentioned in the first part of my look at IT:

‘There’s a bit of a snobbish cliché in the book world that we’re all aware of: “The book is so much better.”‘

I understand that sentiment so much more now. While I still love and respect all mediums of storytelling and don’t try to compare the structural quality of mediums with one another, and even though I love both the TV and theatrical adaptations (the latter that hasn’t even completed yet), the book really is just so amazing, beyond my greatest expectations, which I usually try not to have. And it’s not even a matter of: “Well, the book is always going to be better, because it can go into such great detail.” because the way cinema has evolved with big, sprawling, epic stories, this limitation really no longer exists anyway.

The Duffer Brothers + Netflix are a match made in heaven to make a definitive, damn-near perfect verbatim adaptation of IT. My guess is that 2 seasons, with 10 hour-long episodes each would be enough to finally do the story justice. The Duffer Brothers were actually turned down for making the new IT movies, and went on of course to create the amazing Stranger Things, which is one big love letter to Stephen King.

And this time, if we ever get an epic cinematic telling of IT, no skipping over all of the insane monsters that make an appearance! Going in, the monster I was most excited about… 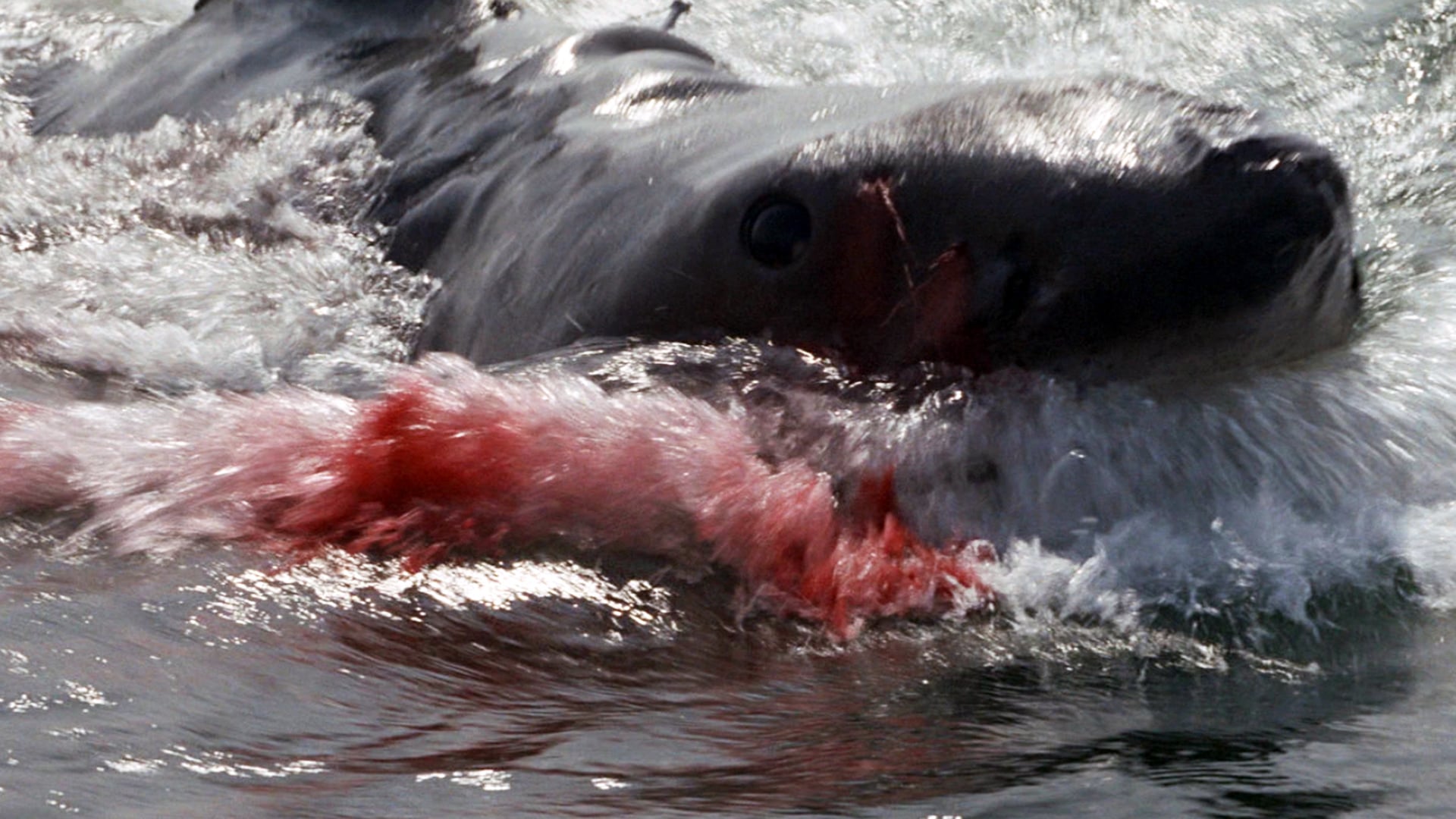 Turned out to be the most quickly glossed over monster. A kid walking around Derry, Maine in 1985 briefly mentions to Bill that the other kids had seen JAWS swimming around in the canal, presumably eating children. While I think the prospect of that is terrifying for anyone, it was especially meaningful to me because it’s my personal fear. It’s what Pennywise would have used against me. I also had a canal in my childhood hometown during ages 9-12. I had (still have?) an irrational fear of sharks, even that they’d show up in fresh water or swimming pools and other man-made bodies of water.

I feel a pretty strong connection to other primary story anchors (if you will) of IT and many of Stephen King’s stories: an idyllic hometown, riding bikes with friends, playing in the orchards (our version of the barrens), having rock wars, you name it. Hell, I even use to put my G.I. Joes in a boat and let them run down the gutter when it rained, having to run quickly to catch them so they didn’t wash down the drain.

We had a reservoir behind my house that we’d climb the barbed-wire fence of and play in. When it emptied we could skateboard around inside the big concrete bowl. I remember daring my friend’s older brother to crawl through a water pipe that was sort of like an overflow drain you’d find on a bathtub. He crawled through all the muck and I paid him $15 like I promised if he made it all the way through.

I remember damming up creeks and rivers. Just about everything the kids did in the book, I did as a kid as well, in one form or another. I don’t know if those similarities are striking in any way, or if really, most adults can relate to doing a lot of that stuff as a kid. And of course, that would be the point. The universal relatability of what most of us did as kids: catching bugs, playing with fireworks, building forts, eating candy, etc.

But, and this is probably where I depart from having a lot in common with the everyman, I relate a lot to the kids once they’re all grown up as well: no kids of their own, workaholics, professions in creative fields, and mostly leaving their childhoods and hometowns behind, forgetting a lot of the traumatic stuff along with a lot of the good memories too, unfortunately.

Outside of the horror of course (I never realized a book could scare me so much by the way), I wish I could live in this book. The friendship and bond they shared both as children and adults was so incredibly powerful and warm that all concerns of everyday stresses like: money, taxes, paying bills, all those things that we tend to give an absurd amount of weight and importance to over our happiness, just melted away.

But now, it’s over; I’m back in the real world. I suppose I’ll just have to find some other Stephen King audiobooks to keep me busy! I guess I didn’t spoil much after all. I generally don’t like to recount a story point by point in a review, and more just talk about what it meant to me, so that makes sense. I suppose though, I should at least say a few things about our villain, Bob Gray and our dear friend, the turtle:

…and that’s all I have to say about that. I mean, there’s so much more that I could talk about, but I think I’ve said everything I wanted to say now.

I really can’t recommend IT enough and you’ll just have to take the journey yourself. If you have already, what did it mean to you? If you haven’t yet enjoyed IT in part or in any of its incarnations, here’s a quick Amazon purchase guide for you: