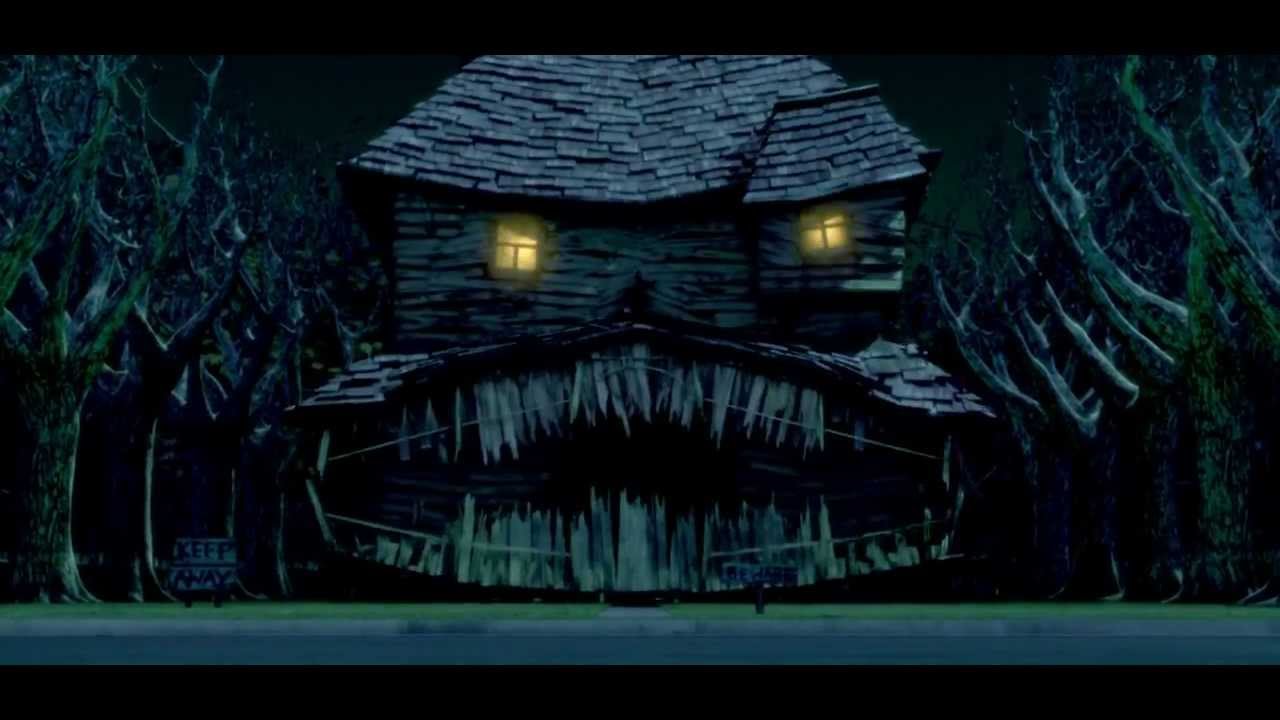 As a kid growing up with an October birthday I was always the quite fond of children/family horror movies, these were, after all, where my love of the genre began. Films like The Nightmare Before Christmas and Hocus Pocus planted the seeds for my obsession to grow and because of it, I have always held a special place for them in my heart. The pool from which to pick these kinds of movies isn’t so big, however, so I am always surprised when one of them, especially one that is good, gets overlooked come this time of year.

These days when October comes around everyone will tell you to seek out ParaNorman or Frankenweenie to satisfy your child’s heart, and for good reason, those films are incredible. But this year I want to share some love for a great little flick that I feel gets little to no attention during the holiday’s, and I am not sure why that is. I am, of course, talking about 2006’s wonderfully entertaining animated film Monster House, directed by Gil Kenan and based off of a script by Dan Harmon & Rob Schrab.

If you are unfamiliar with the movie all you need to know is that it centers on a young boy named DJ (Mitchel Musso) who suspects something weird is going on at his creepy old neighbor’s house. After Old Man Nebbercracker (Steve Buscemi) dies of a heart attack DJ, his best friend Chowder (Sam Lerner), and curious candy salesman Jenny (Spencer Locke) start to investigate the rickety old house across the street. It doesn’t take long for them to discover that the house is actually alive and it wants revenge for the death of its previous owner.

That’s a fairly dark plot for a kids movie, wouldn’t you say? Which is exactly why I love this, and so many other films like it. Unlike most animated/family fare that comes out, these genre style pictures are dealing with legitimate adult themes like death and adulthood. For example, Nebbercracker dies while holding DJ up in the air, forcing the young man to literally face death head on. It’s a horrifying scene of the movie as we watch the old man’s face lose all life from DJ’s point of view.

The further into the plot the movie goes the more it seems to tackle this subject matter. Once the kids discover the house is alive and what they need to do to stop it, it winds up becoming another lesson about death and how our actions may affect those around us. Much like any regular horror movie, these lessons are given to us in frightening ways. In the scene where DJ’s babysitter’s boyfriend Bones get’s eaten by the house, this is shown to a further extent.

We are not only given a great little backstory on the character in that moment but it leads us into one of the most shocking parts of the film. This is the scene where we as an audience realize this house isn’t messing around and these kids lives are actually at stake. It also drives home the idea that digging up grudges from the past will only hurt you even further. Bones is lured to the house by an old kite he had lost there years ago and never forgot about. The house, also acting in vengeance, uses that memory to bait him onto the lawn so it can attack him.

There are also some great themes about growing up buried in this flick. Early on in the movie DJ’s voice cracks and his dad makes a joke about him hitting puberty. This just seems like a silly one liner but as the story progresses you realize this is the setting for pretty much the entire story. DJ before these events is still just a kid who likes to spy on his neighbor and let his creative mind run wild. His experiences in the film teach him about death, though, and when Jenny shows up to help them he begins to learn a little bit about love as well. He is forced to leave some childish actions behind in favor of a little maturity. Not too much, though, as his creativity is key to them breaking this mystery.

Maybe I am just finding these themes so prominent because I watch this movie countless times every Halloween season but they are there, whether you want to notice them or not. Regardless this movie succeeds with or without a deeper message to push through and that’s because it is simply an entertaining movie. The three main characters have a solid dynamic that makes them easy to become attached to and root for and the main plot of the movie is derived from countless different classic genre films.

Outside of the main three, the film is populated with all kinds of characters who help further the movie along. DJ’s parents are voiced by Fred Willard and Catherine O’Hara and although they only really have one scene in the movie they are sure to make their presence known. The Babysitter “Zee” is voiced by Maggie Gyllenhaal and her interactions with her boyfriend Bones, voice by the amazing Jason Lee, seem to exist in a movie with a much higher MPAA rating than this one. Even with bit parts they all seem to have fully fleshed out their characters, making them all the more entertaining to watch interact with each other.

The animation style is a little weird, as it is the early days of motion capture when Zemeckis was doing whatever he could to advance the technology. The good news is the animation is a thousand times better than the truly creepy Polar Express and it is easy to overlook once the film gets going. Basically, it leads to some awkward facial expresses and body movements. Everything around them looks gorgeous though making it quite easy to ignore their shortcomings.

Aside from all the obvious horror themes and tropes being used in the movie they were also smart to set the story on Halloween weekend. As we all know the amount of films actually taking place on Halloween is far smaller than it should be so for one as entertaining as this to be overlooked by so many people is a crime. There are colored leaves populating every lawn and you can practically feel the crispness in the air while watching, it is a true holiday movie.

As I mentioned earlier in the article, the movie was based off a script from Dan Harmon and Rob Schrab, and this is why some of you may have never seen it. These two prolific comedy writers penned a script for the movie that was later torn apart and reused how the studio liked making the final product a shell of their original vision. This drama soured some on the movie even before its release and could potentially have played a large role in the lack of discussion about it going forward.

Behind-the-scenes drama like this sucks but is hardly ever a reasonable excuse not to see a film, as so many have succeeded in spite of stories like these. Monster House is truly fun, spooky, and all around entertaining horror movie for the entire family that you all should give chance this Halloween. If anything, the holiday setting should be enough to satisfy your October cravings for another day.