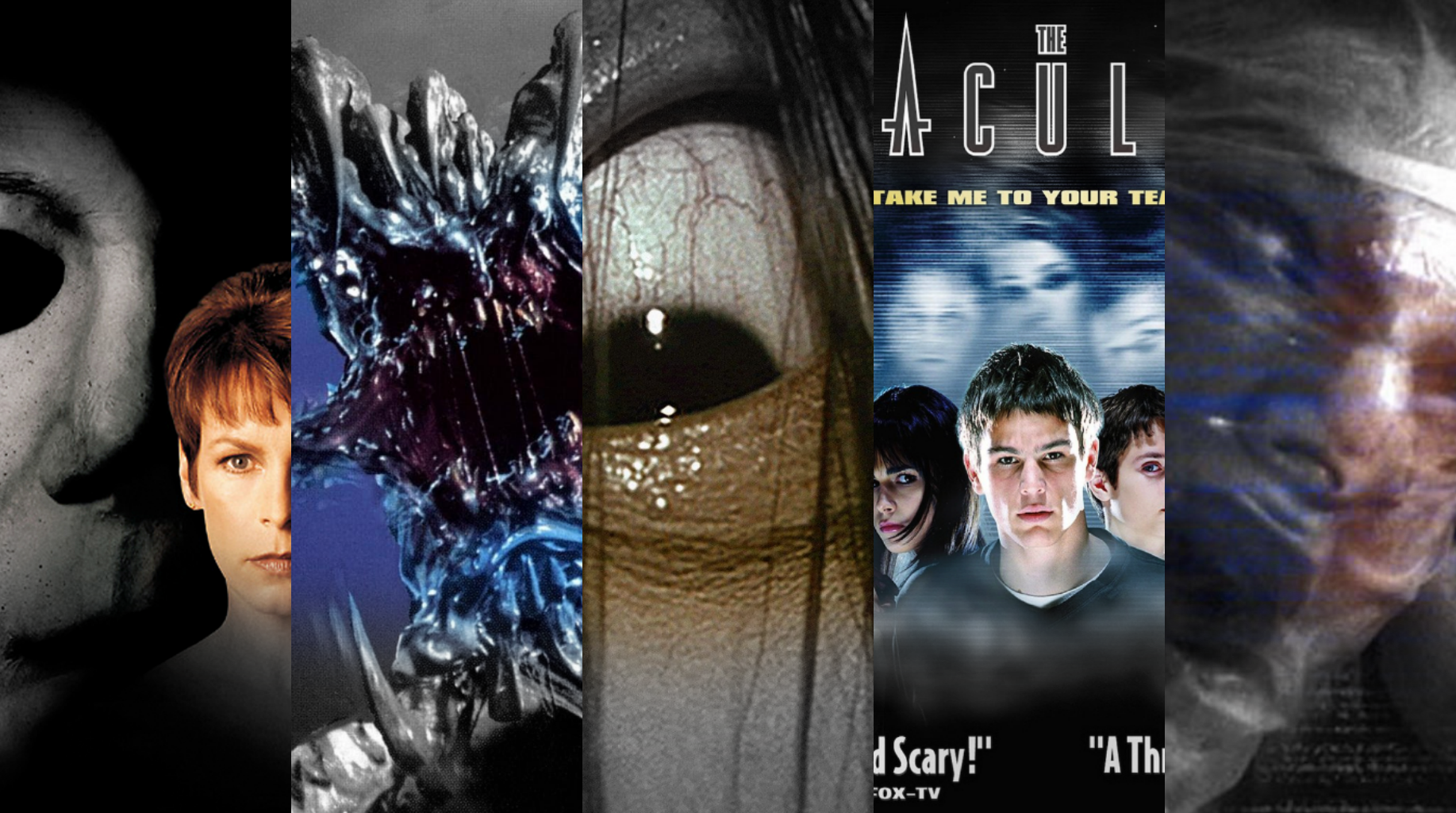 When H20 came out I was STOKED! It was the first time I’d watched a Halloween movie on the big screen, and Jamie Lee Curtis was back! it all felt quite epic and exciting. These days I notice certain things more than I used to. How poorly Michael was handled, the lack of genuine tension and scares… BUT, my good memories and nostalgia refuse to go away. H20 is an underachiever, but I love it anyway.

Pure entertainment from Robert Rodriguez, who made some damn fine movies during the 1990s. The excellent cast all seemed to be having a lot of fun with the script, and the end result was the sort of action packed and frightening good time that you would often get from movies made in the 80s. People don’t talk about The Faculty much anymore, but hopefully one day that will change.

One year before The Blair Witch Project earned a ZILLION dollars at the box office, it was The Last Broadcast which was making people slowly take notice of found footage horror. There was literally no budget, but Stefan Avalos and Lance Weiler still managed to create an effectively chilling movie that includes a big twist you MIGHT not see coming.

Toward the end of the year 2000 I moved to London with no job waiting for me and very little money in my pocket. I managed to rent a small room within a large house on the outskirts of the city, but ongoing maintenance work meant I would have no ceiling lighting for at least a couple of weeks. I couldn’t afford a lamp, so a few candles became my nightly source of illumination. Late one evening I was sleepily channel hopping when I decided to stop on Film4 (a free UK movie channel), and began watching a Japanese horror film that was about to start. I didn’t know ANYTHING about it. Plot, characters, twists, NOTHING. Not having access to the internet back then meant it was very easy to enter a movie clean and completely spoiler free.

I was sat in near darkness, deep within a large old house that was only occupied by yours truly, and I’m not too proud to admit that the movie terrified me in a way I had never felt before. It was my first Japanese horror experience, and the unfamiliar style combined with the slow creeping dread that builds throughout the story… it was almost too much! By the time Sadako slowly climbed out of the well and approached the TV screen I was ready to run down the street, just so I could be around other people! It was the most intense horror movie experience I’ve ever had.

Guilty pleasure alert! This is pure monster movie fun. A B-movie with a budget! I’m a sucker for some crazy giant creature action, and Deep Rising delivers plenty of enjoyable destruction and gruesome death scenes. Always worth watching if the opportunity comes along.