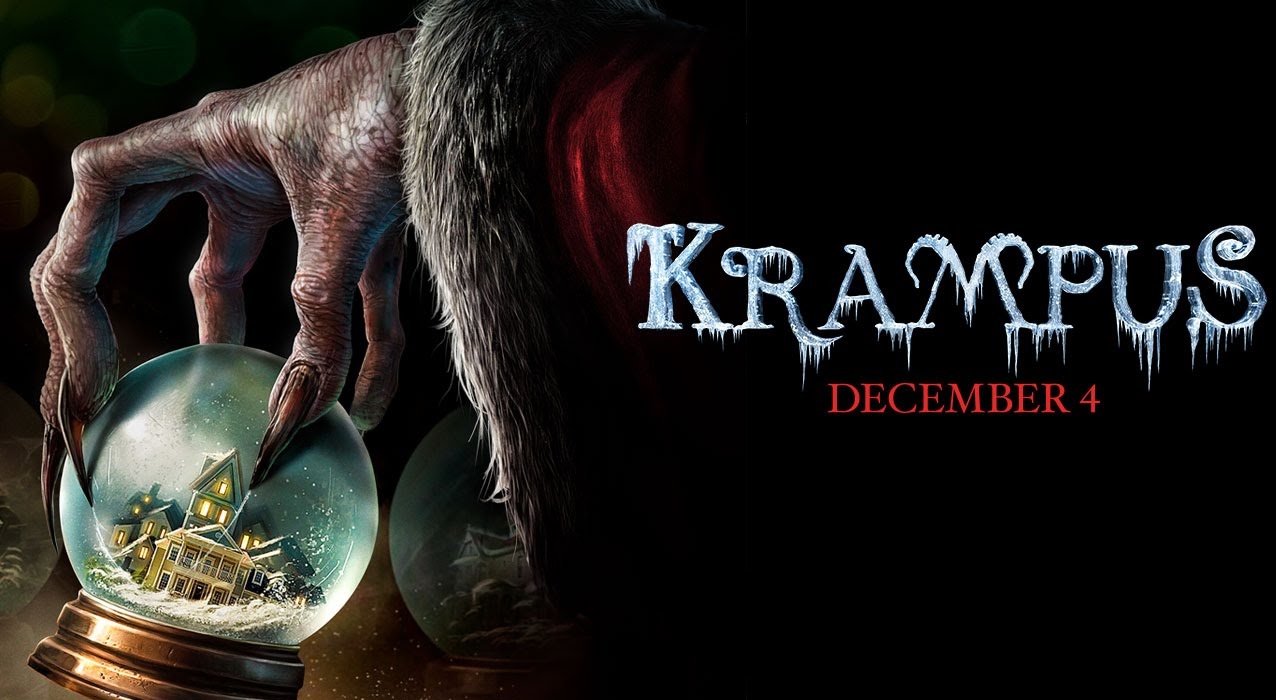 Six years after Michael Dougherty’s Trick ‘r Treat was dumped to video, after sitting on a shelf for a couple years prior, his follow-up Krampus spread holiday fear at the box office this past weekend. Much to the delight of the horror community – or at least the fans who actually like horror movies – the film surpassed expectations, garnering both rave reviews and an impressive $16 million in domestic sales.

Not only is Krampus an original horror movie – based on an ancient legend that had somehow never before found its way up on the big screen – but it’s also a damn good one, as well as one of the most fun theatrically released horror films of the past decade. Family-friendly yet not afraid to be mean-spirited and scary, it’s the sort of wildly imaginative movie that Hollywood just doesn’t really make anymore.

If you saw Krampus this past weekend, good on you for getting out there and supporting original horror. You are awesome. If you haven’t yet had the chance, I don’t fault you for that, but I do strongly encourage you to avoid reading any further until you do. As you probably gathered by the title of this post, spoilers aplenty will be found down below, as we’ll be discussing the ending of the film. You have been warned!

In a way there are two twist endings in Krampus, and the first brings along with it the realization that Max had, in so many words, imagined the events of the film. After Krampus kills his whole family and tosses him into the fiery depths of what is presumably Hell, Max wakes up in his own bed on Christmas morning. Downstairs, he finds his family opening up presents by the tree – happy and very much alive.

A normal Christmas is exactly what Max wanted, and the film seems like it’s going to end on a very happy note. But then Dougherty hits us with another twist. The camera pulls back to reveal that Max and his family are in some sort of hellish snow globe, which Krampus sets down in his underworld lair. They’ve seemingly become part of his collection, suggesting that the film’s events weren’t a dream at all.

The assumption one might derive from the second “twist” is that Max and his family are literally trapped in Hell for the rest of eternity, doomed to live out that particular Christmas morning on an endless loop. Spending eternity inside of the perfect Christmas memory doesn’t seem all that terrible, but that interpretation of the ending certainly makes it a mean-spirited one, as it indicates the whole family is dead.

But is that what Michael Dougherty really intended to convey? Did he give us a happy ending and then immediately rip it away from us in favor of a super depressing one? It’s certainly a valid interpretation of the film, fitting in line with Krampus’ penchant for taking rather than giving, though my personal take-away from the ending was the Dougherty was imparting genuine holiday cheer. Allow me to explain.

The way I viewed Krampus, the events of the film weren’t an extended dream sequence but rather a hellish vision that Krampus forced Max to see – think A Christmas Carol, which was obviously an influence on Dougherty. Since Max learned the lesson Krampus wanted him to learn, the vision, in so many words, did not end up coming true. It would have, of course, if Max didn’t learn his holiday lesson.

It was immediately after Max lost his inner Christmas spirit that Krampus and friends arrived, and it was precisely because he lost sight of the true meaning of the holiday that they came knocking. Max wished that his family would go away, and by taking him on a nightmarish journey, Krampus showed Max that what he thought he wanted wasn’t what he wanted at all. Max realized that, and so Krampus gave him his family back.

But how is it a happy ending if they’re all trapped in a snow globe? Well they’re not, really. The way I saw it, that was just Michael Dougherty’s way of showing that those snow globes are Krampus’ portals to the real world. He has one for every family, and when they’re not respecting the spirit of the season, he strikes. He’s keeping tabs on every single family in the world, quite literally like an evil Santa Claus.

As for the bell that Max opens up on the happy Christmas morning that may or may not be real, I viewed that as Krampus reminding Max that he’s watching, and letting him know that though none of those awful things actually happened to his family, it was all more than a mere nightmare. Should Max lose sight of the Christmas spirit again, Krampus will return, as the family is forever under his watchful eye.

Though he may not be as cute or cuddly, it seems clear to me that Michael Dougherty views Krampus in much the same way he does Trick ‘r Treat‘s Sam. Like living, breathing cautionary tales for their respective holidays, both Sam and Krampus exist for the purpose of teaching people to respect, appreciate, and uphold holiday traditions and values – and if they don’t, well, you know what happens to them.

Do you agree that Max’s family got a happy ending or are they all dead? Sound off below!