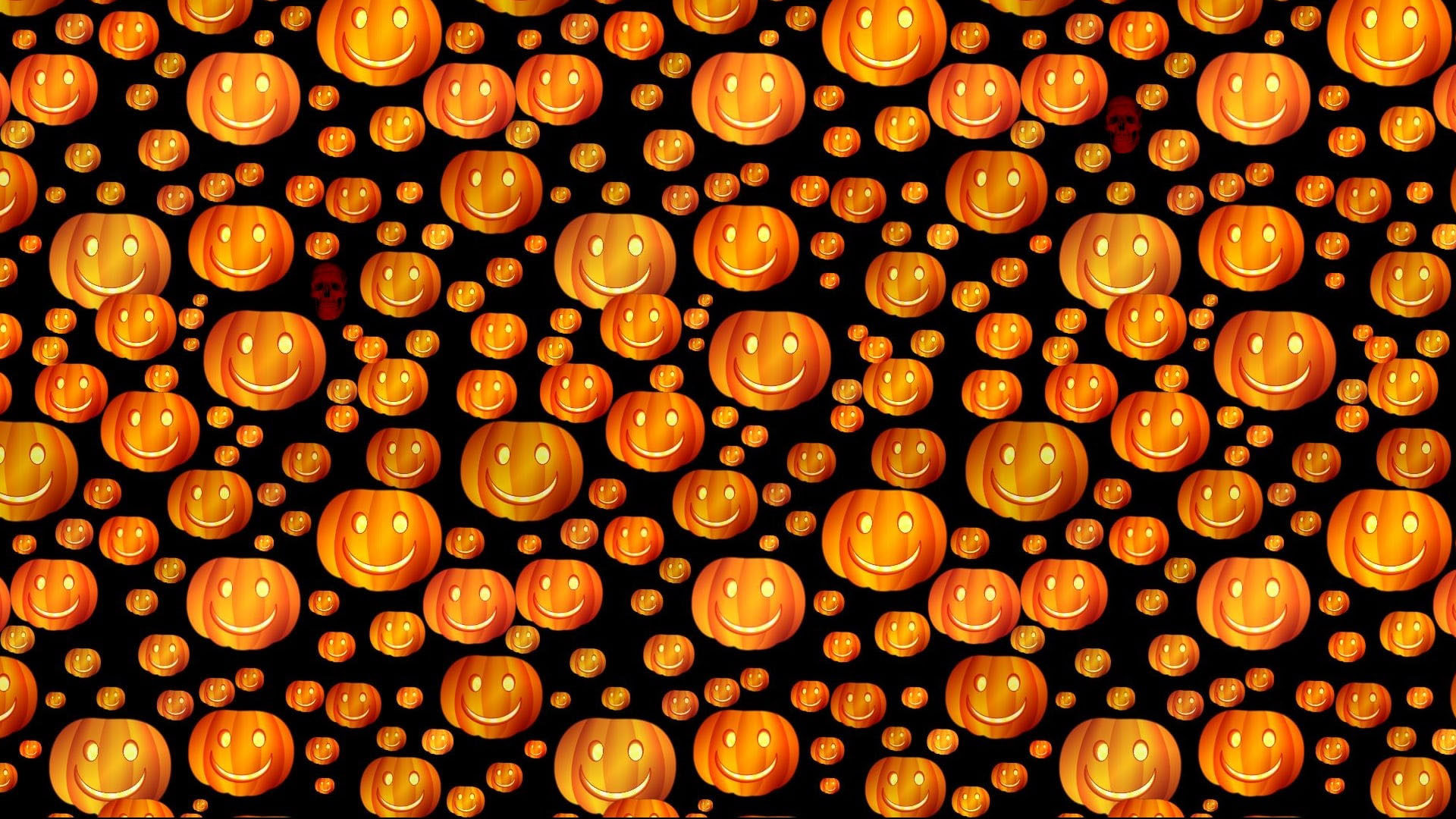 I’m a super nerd. I have many big and little obsessions. I can geek out over the most minute or esoteric of details, and I’m very curious. I often really enjoy very special and niche exploration and get excited about things that almost no one else on the planet cares about.

Something as obscure as how cool would it be to own the coveted Halloween.com? And since I don’t, who does, and what are they up to? Halloween.org is actually using an old version of the Halloween WordPress theme that I put out, and a few years back, I managed to acquire @halloween on Twitter! We’re quite the strange little club of digital Halloween real estate owners here. Location, location, location.

And as jealous as I am that Chris gets to own Halloween.com, I’m also happy that someone as nice as him does. Halloween.com is in good hands.

Halloween Love: Halloween.com was first registered on August 29th, 1994. Obviously this is still in the pretty early days of the mainstream internet era, but do you recall if the gold rush of collecting all the best one-word domains had already begun? Was there any difficulty in buying it, or did you just casually come along and register it one day, not knowing just how insanely huge the internet would become and how sacred it would be to own such a domain? Do you recall where you were, roughly how old you were, and what was going on in your life at the time you registered it?

Chris: Back in the middle of 1993, a couple of attorneys in South Florida (Rohan Kelley among them and another on the west coast) registered law.com. We were using software called First Class to provide legal services for attorneys in Florida to start. (As an aside, the WHOIS presently shows 1998 for law.com since sometimes they would delete and immediately re-add the names in order to do a transfer for some reason which was never clear.)

During the next year, I started registering some other names, including Halloween.com, Miami.com, Honeymoon.com, Bahamas.com, and around 120-130 others. For a time, roughly through the fall of 1995, we had registered more domain names than anyone else. Around that time Proctor & Gamble and Kraft started registering some and eventually others clued in that the web wasn’t a fad and a presence online might be useful. It kind of reminds me of bitcoin now versus 2010-2018.

It only has been recently that PayPal, JP Morgan, and the like have clued in to the advantages of having bitcoin both as an asset allocation, which was similar to the early 2000s when more people began to realize that truly the web wasn’t going away. Likewise, people using bitcoin as insurance against authoritarian takeovers in various countries such as Hong Kong are only recent developments — nearly 11 years after the bitcoin genesis block, equivalent to about 2004.

C: The archive.org version does bring back memories. I think I still have it on the computer here too. The guy who did the graphics (Kevin Greggain) was nice and did a good job in a quick amount of time. I looked at the archived page and a few of the links are amazingly still working. I did like that dripping blood divider and the skull given the limited bandwidth. Back then the server was running on a Power Mac 6100 with 16MB of RAM on a 56k dial-up connection.

So we had to be more minimalist on the graphic elements. By 1997, it was running on the same computer, but on a bonded 128K ISDN connection, which seemed fast for the time, but now seems very slow. I still marvel that even in 1996, some of the “experts” were still saying the web was a fad and “No one would shop online because their credit card would be stolen.”

HL: Having nagged you a few times over the years on whether I could feed you grapes and rub your feet in exchange for being the sole heir to the throne once the time comes to pass on the torch, even asking about the potential that you’d consider selling it if the right offer came along, you’ve never really shown any interest whatsoever in letting it go. To me, that’s the truest sign that you genuinely love Halloween. Did any heavy-hitters come along over the years with huge offers, like a particular movie studio for example?

C: No big studios or that type have come along as far as I know. A lot of times people will go through sedo.com or one of the other domain brokers so there is no way to know who it was for sure. Sometimes people will email and it is cute, 10-15 years ago a young kid (at least it seemed that way, who knows if it was real) offered $50 because he was a “…really big fan of Halloween.”

This was similar to when Disney bought movie.com from us in February 1996 using a law firm in Palo Alto. They didn’t want anyone to know they were buying names. It used to point to go.com, but it appears it isn’t pointed anywhere now. There are two or three web sites that are really fun to do, Halloween being one. Helping Santa with SantaClaus.com being another.

As far as content, I try to write it and update things over the years, and we’re always looking for ideas and suggestions etc. The holidays are always fun and I would hate to see the sites just turn into a web equivalent of a strip mall just trying to hawk plastic junk. I’d prefer it to be holiday related and at least have some balance with content vs commerce. I’ve had mid and low six figure offers, but nothing staggering.

HL Final Thought: I feel the exact same way, and it’s nice to hear that there are still others like this left in the world. Halloween Love has always been passion before profit. And I’ve been very reluctant over the years to add elements that would help to fund the project beyond me just personally funding it all out-of-pocket. Someone offered to buy Halloween Love once, but I can’t imagine ever letting it go. That said, I’m not sure I could turn down six figures! For me, that’s a life-altering amount of money.

C: There is a FB page for Halloween.com, but I don’t have other social networks for them and not much there. If you have seen The Social Dilemma, you will see one reason why we don’t do much on social networks. Plus we’re just a one person company (unless you count the kids and wife) and I’d prefer to have control over the content vs being controlled by huge companies.

Additionally, with so much consolidated in apps and social networks, it gives these behemoths control and the ability to track so much of what everyone is doing online. It obviously occurs on the web too, but some browsers and operating systems are taking steps to prevent tracking and make sure that you and I aren’t the products.

HL Final Thought: Yes, and as tech-savvy as you clearly are, I’m sure you’ve also known of all the most obvious privacy issues long before The Social Dilemma came out. It just often takes something as highly-produced as this to enter the zeitgeist and get people to finally click over to a realization that many of us already had for decades prior.

I don’t use social media for personal use either (as in for close family and friends I’m connected to in real life). For Halloween Love and other projects though, it simply can’t be avoided. No one ever comments on the website anymore, so as a company, brand, or any project really, you’re either on social media or you don’t exist.

C: If I had to pick a horror movie, I like the Jack Nicholson Shining, but I prefer the book overall since it can get into more details. As far as movies, it depends on the genre. Incredibles are good for kids. Zootopia too. Monster’s Inc/University. Hocus Pocus, Halloweentown, and The Nightmare Before Christmas are cute for Halloween. Room on the Broom for a short movie for younger kids. For non-kids I’d say Saving Private Ryan, 1776, and 1984 are good choices.

HL: Are you a believer? Do you believe in aliens, ghosts, or anything supernatural?

C: Do I believe that there are aliens? Given the Drake equation with reasonable parameters, it seems likely. Whether they have visited Earth, that’s a different question although given the videos from the Nimitz CSG, something like that certainly seems possible. As far as ghosts etc, I am open to any of it. I’d love to see something supernatural. We’ve done plenty of ghost tours in places like Key West, St Augustine, Savannah, and some places in the Northeast US and have yet to see anything. Robert the Doll in Key West was interesting too. :-)

HL Final Thought: Yes. Similarly, within specific terms, I believe it’s just a matter of science fact at this point. I wrote From “I Want to Believe” to “I Have to Believe” on this subject.

C: I always loved trick-or-treating, carving pumpkins, and decorating. Reading scary stories. The build up to the holidays was always a great time growing up. I am sure most people have fond memories of Halloween (and other holidays) with their families. We have two older kids (21 and 23) and 3 younger ones so doing stuff with them, getting ready for Halloween (and Thanksgiving, Christmas, and the New Year) are always fun times.

C: I wish there was something weird or more bizarre than 2020 has been with all the craziness going on in the world. Reality is bizarre enough for me right now. :-)

How to reach out to Chris: