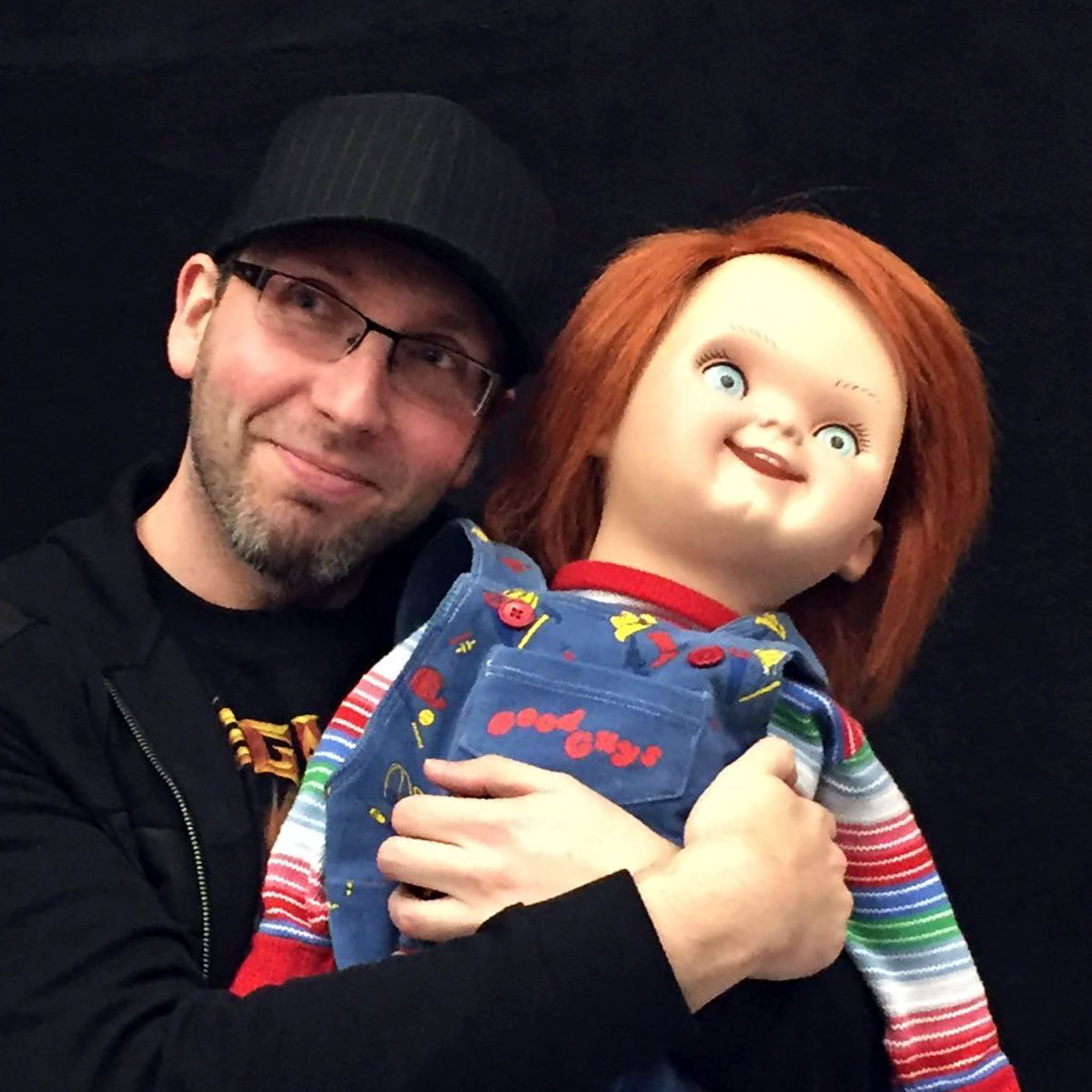 Halloween Love: Happy 20th Anniversary to you and the Bloody Disgusting team! I’m happy to say that I’ve been a reader from the very beginning, way back in 2001. In fact, I can’t even remember which came first, the first time I picked up a Fangoria magazine or the first time I visited your site.

How did it all start? Did you start out like the rest of us, just being passionate about horror and wanting to nerd out about it, or did you also have a monetization gameplan from day one? It’s no argument that BD is the #1 horror site in the world today. Was it merely a matter of persistence and consistency, or is there more to the secret sauce?

Brad Miska: It’s been so long I don’t even remember the actual timeline, but essentially my buddy, Tom Owen, was learning how to build websites. He made a forum that was just for our group of friends to chat in and then decided to build out a full site. He basically propositioned me, “You know a lot about the horror movies that are coming out — if I build a horror site, will you populate it with content?” It was created purely for fun and the love of the genre. Weirdly, we launched around the same time Diabolical-Dominion shut down and all of their readers migrated to Bloody-Disgusting. The growth was so intense that we had constant hosting issues and it was costing us thousands of dollars to keep it up and running.

HL: Having been given the “key to the city” by the horror community at large, what’s the single coolest door that’s been opened to you?

BM: I suppose the coolest thing is that I’ve been on sets for Texas Chainsaw Massacre, Friday the 13th, A Nightmare on Elm Street, Halloween, and Child’s Play, but Hellraiser has still evaded me. I really want to see Pinhead in the flesh. I got in trouble for seeing the Tiffany doll on the Cult of Chucky set, so there’s that too.

HL: On the flipside of being #1, what is some of the chaos and criticism you’ve had to overcome?

BM: Hahaha, I don’t even wanna get into this. A highly-paid exec at a studio-run website once sent a memo to staff essentially saying “Destroy Bloody Disgusting” and spent tens of millions of dollars to ruin my life. That was fun.

HL: Having conquered the world of online content in the first decade, and having now become quite the experienced movie producer as well as tackling podcasts and streaming in the second decade, are there any boxes left to check ambition wise? Have you kicked around the idea of directing a movie?

BM: I don’t have the self-confidence to direct a movie. I think, if I ever did, I’d have to surround myself with an elite talent to cover for my own bullshit. Now that we’re running Screambox, I’d love to transform that into another really cool platform for horror fans. The one thing that’s cool about this genre is that there’s room for everyone.

HL: What were you up to before BD?

BM: We started the site when I was in college where I was churning in 21 hours a semester and working full-time at a pool and patio store. I put my all into everything, but the site was always just a hobby. There came a crossroad where I had to decide if I wanted to pursue marketing or keep doing the website.

HL: How’s Tom? When’s the last time you two got some Taco Bell together?

BM: He’s a family man so I don’t see him much, but we did play basketball at the local gym just last week. Taco Bell unites us all, amirite?

BM: This changes annually and I can’t pick just one, but I do love Aliens, In the Mouth of Madness, Bill & Ted’s Bogus Journey, Hellraiser, Poltergeist 3, F/X2 (ha), and the Evil Dead remake.

BM: My dad got the insane Terminator 2 make-up set for me, but prior to that he would make my costumes — He-Man, Thundercats, Voltron, etc. But we used to actually trick-or-treat from the end of school all the way until it was dark. We’d fill pillowcases. Now they have set hours, which is dumb.

BM: A remake of Defending Your Life, hahahaha. That movie is screaming for a modern take, although they’d ruin it with an abundance of visual effects. Now I want some pasta and pie…

BM: Bloody Disgusting is shooting a new Jason Eisener project that should be announced soon. Also, we’re having so much fun with Screambox and BDTV. We’re excited to see that grow into something special.

BM: “What’s the biggest thing holding you back?” Imposter syndrome.

BM: I once saw a reporter have a temper tantrum and throw his tape recorder at the wall because they made us walk through metal detectors. I also endured hundreds of embarrassing and awful junket questions ranging from “If you were a fruit, which would you be?” to “I like your handbag.”

How to reach out to Brad: