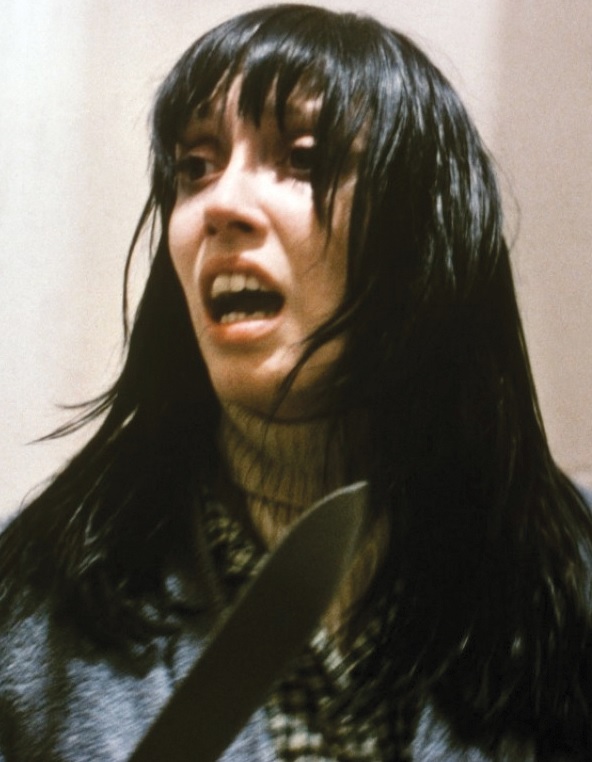 I’ll never forget the first time I watched The Shining with an audience, which was actually only just a few years ago.

I had seen the movie countless times in the comfort of my home, dating back to my years as a budding pre-teen horror nerd, but it was a special screening at an art-house theater in Rochester, NY, back in 2011, that marked my first time seeing it on the big screen.

As special as it was to finally see one of my all-time favorite movies in the theater, the main reason the night is so memorable to me is because the audience was in rare form, laughing at parts of the film that I had never, and still don’t, see any reason to laugh at.

I’m not sure if everyone but me had smoked some particularly potent weed that night or what, but the unexpected laughs really threw me off guard, considering the fact that I never considered The Shining to be a humorous film, on any sort of level.

Okay, so that dude getting blown by the bear is kinda funny, but I must admit that it creeped me out something fierce, the first time I saw the movie.

Anyway. Where was I? Oh right. The laughter.

It was during Shelley Duvall’s scenes, in the latter portions of the film, that the laughter was at its height, and a few vocal members of the audience even outright heckled her performance. Why anyone would go to a small independent theater, pay to see a classic movie, and then proceed to launch insults toward the screen remains a total mystery to me, but that’s beside the point.

What is the point, you ask? The point is that I had never once considered Duvall’s performance in the film to be a bad one, and had never realized that anyone felt that way about it, until I watched The Shining on the big screen that night. I’ve since realized that many horror fans view her performance as a low point of the film, and I’ve even had some friends tell me that her acting “ruined” the whole movie for them.

To this I say; somebody’s gotta stick up for Shelley Duvall, and that’s what I’m here to do tonight.

Though The Shining is no doubt Jack Nicholson’s movie, I’ve always thought Shelley Duvall did a terrific job of portraying the confused, terrified and nerve-shredded character that Wendy Torrance is, and though I don’t disagree that her acting is a bit over the top in the film, I personally feel that over the top is precisely what she needed to be. While Nicholson went over the top crazy, Duvall went over the top terrified, and if you’re asking me, it’s the fusion of those two extremes that makes The Shining such an effective piece of horror cinema.

Stephen King himself even recently panned Duvall’s performance, and the whole depiction of the character he wrote, referring to the film’s Wendy as being downright ‘misogynistic,’ thanks to the fact that she does nothing but cry and act like a confused and defenseless victim for the second half of the film. While I love an empowered female character as much as anyone, that’s simply not what the role called for from Duvall. In Kubrick’s adaptation, Wendy was written to be a (mostly) powerless female character who’s absolutely horrified by what’s going on, and that’s precisely the character that Duvall brought to the screen.

I feel like I may get some flak from the female readers for saying this, and I hope my words aren’t misconstrued, but I’ve always found Duvall’s sheer and utter powerlessness to be quite authentic, and incredibly true to the way someone like Wendy Torrance would act, if she found herself in the horrifying situation that Wendy finds herself in. Let’s face it, not all females turn into Ellen Ripley when faced with extreme danger – nor do all males, for that matter – and as the complete antithesis of a character like Ripley, I must say that Duvall absolutely nailed the portrayal of Wendy Torrance. She’s an ordinary woman being hunted down by the man she loves, and she acts every bit as confused and frightened as a woman in that situation would, and should, by all means be.

If you want to be mad at the writing, for the character not being empowered and strong, then be mad at the writing. But don’t be mad at Duvall, who not only did what she was asked to do, but did it pretty damn well. If you’re asking me, her performance is one of the most authentic portrayals of a terrified and abused female character in the history of horror cinema, which is again why it surprised me to learn that so many find it to be a negative aspect of the film.

Terror is real, it’s raw, it’s ugly and it’s oftentimes not accompanied by a heroic sense of empowerment. Wendy’s terror is as spot on, bone chilling and palpable as Jack’s madness, and I’d hate to imagine the movie without either of them in it. Without Wendy’s terror, Jack’s madness means nothing, and I feel that Duvall did a damn fine job at matching the intensity of Nicholson’s incredible performance.

But that’s just my two cents. What do you think of Shelley Duvall’s performance in The Shining? Love it? Hate it? Comment below and let’s discuss!