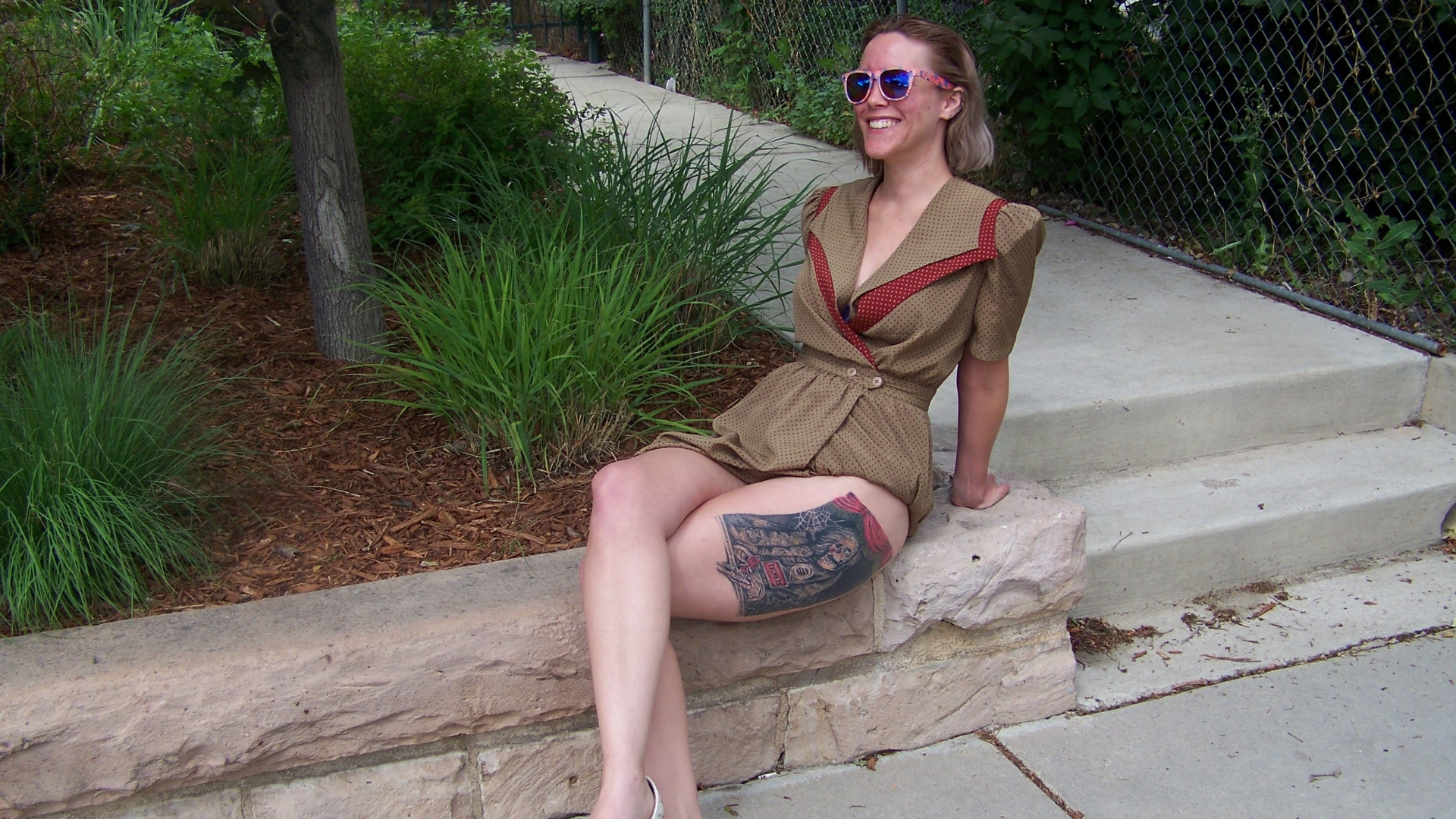 The title really says it all, but I’ll elaborate.

I must have been 11 or 12 when I first watched Creepshow. My grandmother had rented some scary movies for me in early October of that year and most of them were classics I’d seen before. One film in that stack though was new to me, and would change my perception of Horror.

That movie was Creepshow; it was funny; it was weird; it was scary; it was visually impressive; the score was memorable; the comic book-to-film style was very well done; it was everything I liked in a movie. I watched it three, maybe even four times that week while we had those tapes she had rented for me. 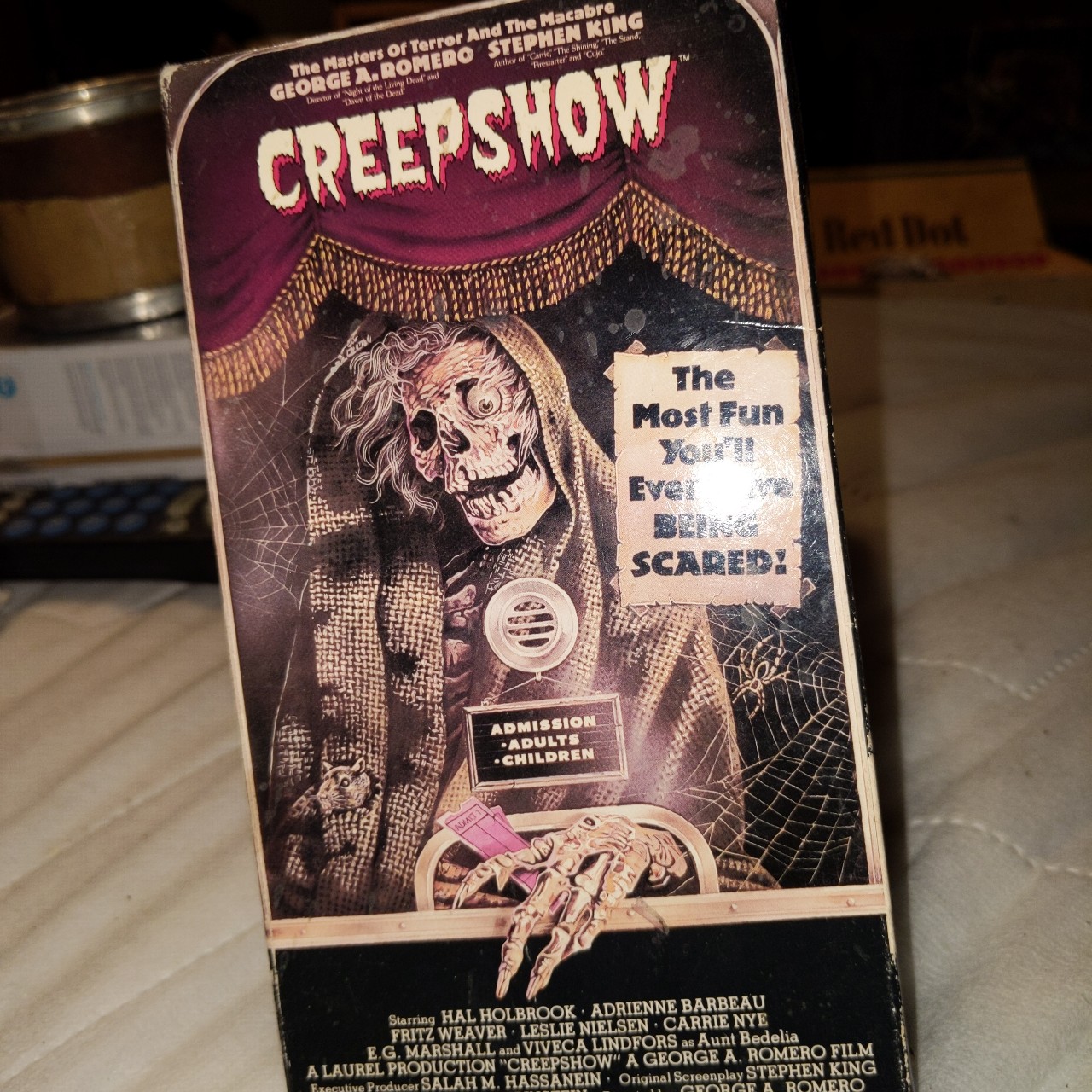 A few years later, I moved to Colorado to live with my father. He bought the VHS for me the Summer I moved up here, then the snapcase DVD when we upgraded to a combo player a few months later, right in time for Halloween. He loves to tell the story about how “I wouldn’t shut up about this cool movie I had seen a few years ago and really needed to watch again.” When he sat down to watch it with me that Autumn, he was impressed that it had so many actors in it he recognized. He actually enjoyed himself watching it, and he loved the score.

I remember talking together a few days after we watched it about one song in particular from the “Something To Tide You Over” segment with the deep ♫ bom bom bom bom ♫, and waking up the next morning, my Dad in the garage, trying to figure out the riffs for bass and guitar, so we could learn to jam the soundtrack together.

The movie represents a lot I love about horror: commentary on the world around us, playful representation of real fears, dark themes contrasted with bright colors, amazing SFX, and truly spooky stories that you could tell around the campfire to scare your friends. It also takes me back to that first Halloween season when I watched it, and the thoughtfulness of my grandmother for picking up something she knew nothing about because “It looked like a Marilynn movie.” 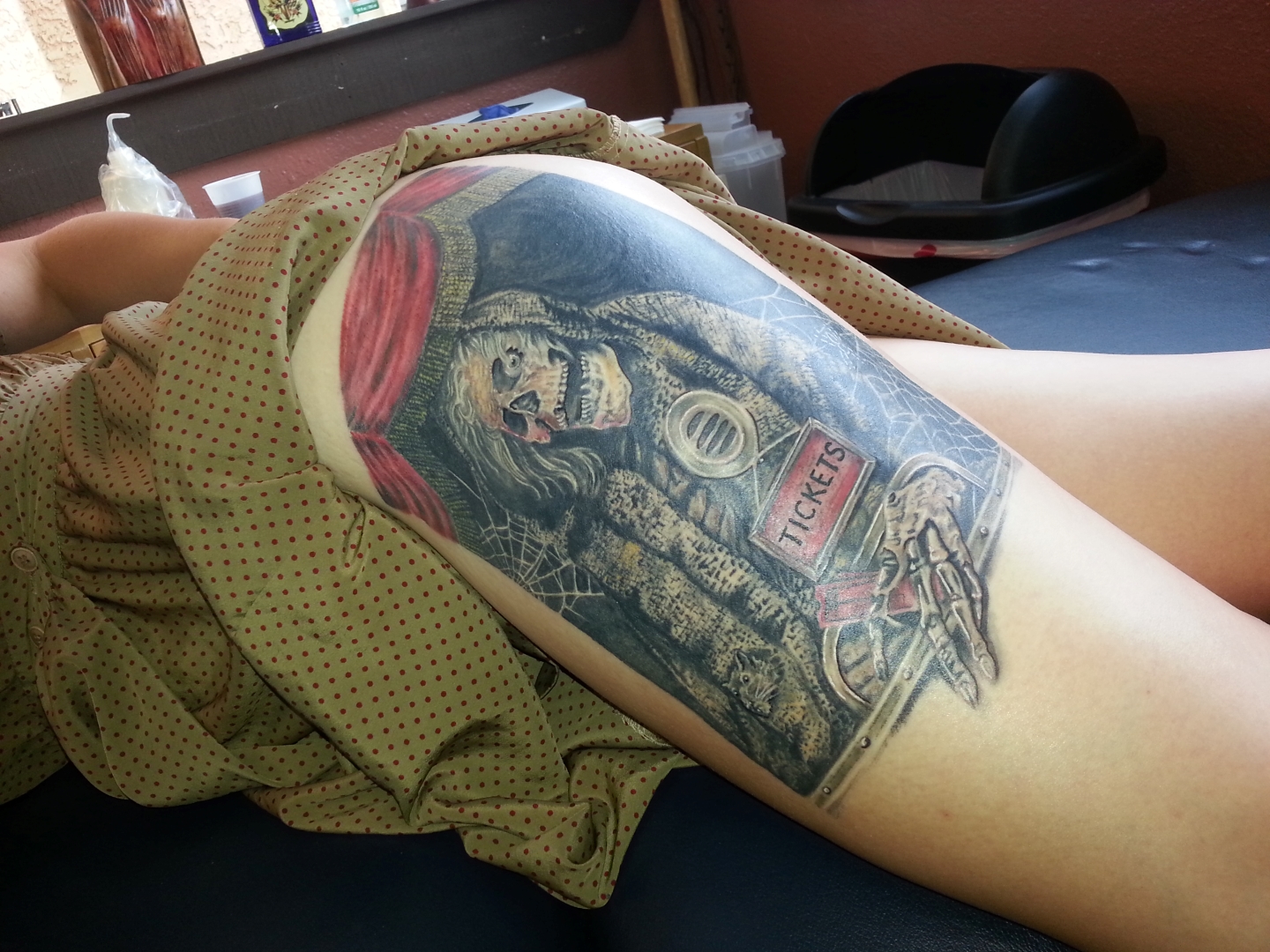 My most time-consuming tattoo to date is the one of the VHS (and early DVD) cover for the movie. It took us almost 40 hours across six full-day sessions, each about a month apart. It’s my favorite tattoo and even though it’s almost 10 years old now, it still looks great! My favorite detail is Mr. Rat poking his head out of a fold in the burlap. I call him my “Ratty In My Pocket.”

Three of my horror idols are heavily involved in the film: author extraordinaire Stephen King, filmmaker legend George Romero, and special effects and makeup wizard Tom Savini. I had thought for over a year, maybe even over two years, about how I wanted to really represent my love for Horror in tattoo form. Paying homage to three greats in the industry while also rocking a cherished memory with beautiful and macabre art seemed like a no-brainer once I thought of it, and my tattoo artist was excited by the challenge. 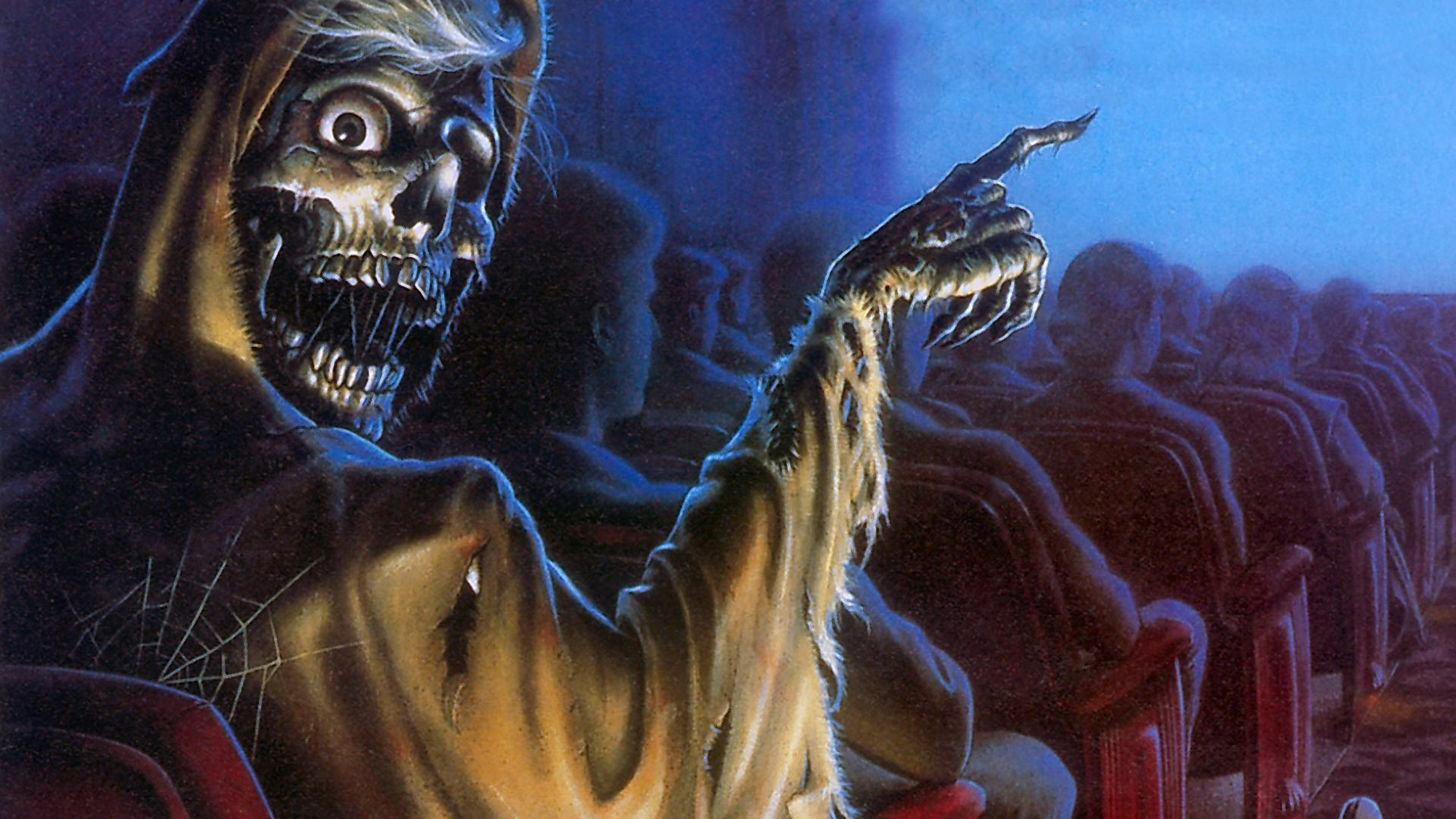 Creepshow 2 is not as fantastic, in my opinion, but is still good in its own way. I feel like as a film it hits on societal issues pretty directly, and is less of a horror-comedy, tongue-in-cheek romp than the original, and more of a direct commentary-expressed-with-horror type movie. I absolutely can not stand “The Hitchhiker” segment in general, which I think sets the movie back a few notches. I also don’t think that it represents “comic book” as well as the first one. But it has a place in my heart. Greg Nicotero’s SFX work is always appreciated, and I respect it for the movie it is. After all, it’s still Creepshow at heart.

There is a Creepshow 3, but as a licensed name ONLY. None of the players involved in the original first two have anything to do with it. I have never seen it, but I also understand there is no EC Comics based direction in this installment so honestly, I am a little scared to ever even give it a chance. I don’t like to seek out things that will more than likely make me mad, ya know? 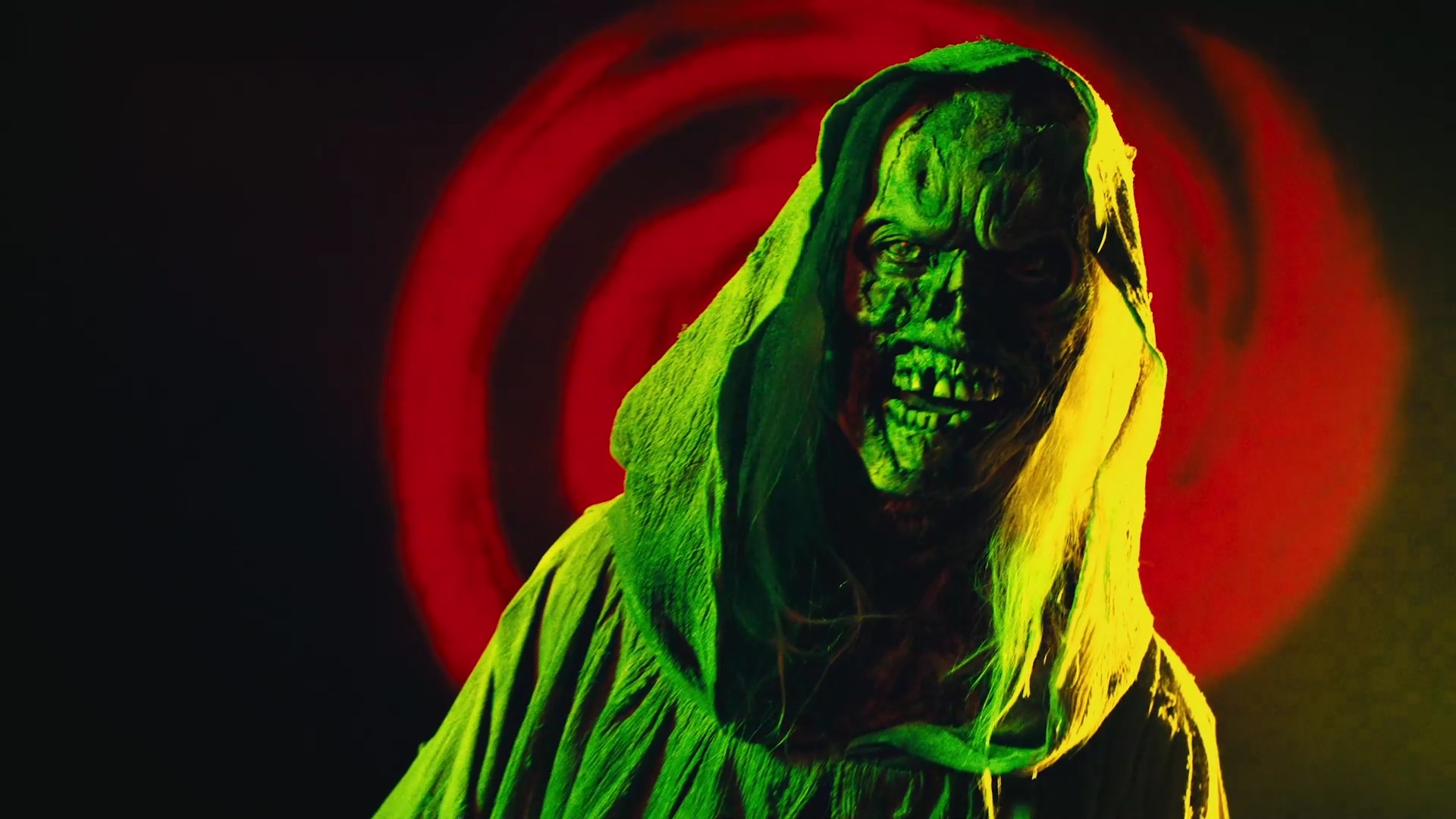 I watched the new Shudder series premiere episode last night. It was fun. Both of the child stars made me upset, but that’s typical with child actors. Everything else was agreeable. The special effects were awesome, I got that old comic book vibe I look for, and I am excited for the rest of the series!

What’s your favorite vignette from the two films?
Have you seen the Shudder episode yet?
As always, I would love to know what you think!