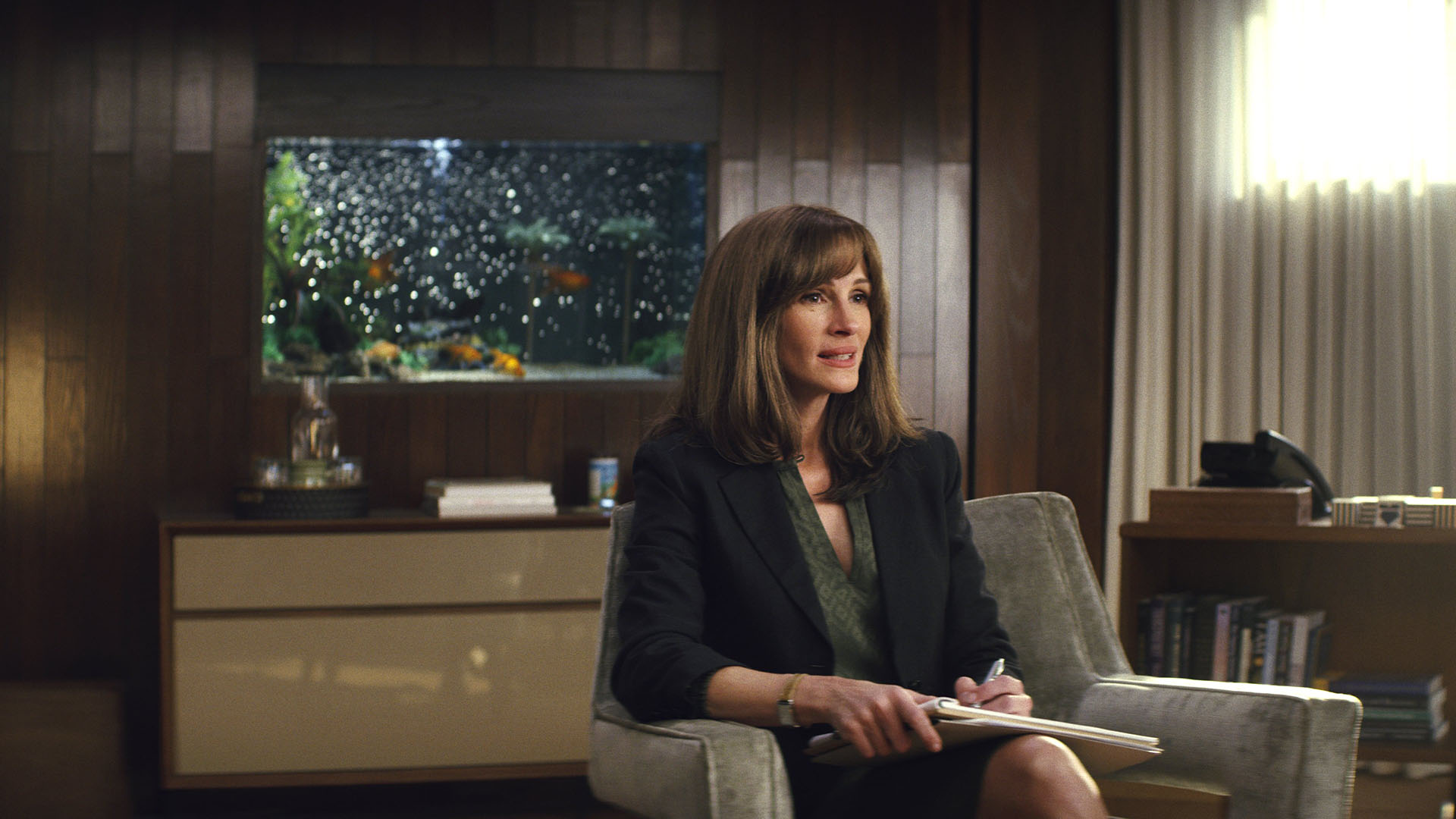 Homecoming is a masterpiece, and I almost passed it over.

From the trailer (the one I had seen at least), and from the description, it really didn’t do it justice. My expectations of what this was going to be were wildly wrong. I only decided to give it a chance because it was new, had Julia Roberts in it, and I was looking for something to watch.

I really had no idea that it was such the important must-see that it is, so hopefully I can save anyone else from missing this one. The first episode in I was only half paying attention and then, things just kept getting better, and more interesting, and there was a familiar style to it all. Then I realized by episode 2 “Oh! No wonder, this is Sam Esmail!” the master behind Mr. Robot. At that moment, everything made sense, and I knew that I had to give this my proper attention, and that I was in for something special.

Even at that point, I wasn’t prepared for the stylistic, Hitchcockian, film noir, almost sci-fi and horror mystery that was going to unfold. The entire story played out very much like a classic paranoid episode of The Twilight Zone. You’ll only find this show listed under drama and thriller, but it is a truly masterful and genre-less achievement of storytelling, enriched with the most ingenious soundtrack probably ever conceived, comprised heavily of scores taken directly from great horror films, including:

I mean, wow. That is really cool. Whenever a filmmaker does something so specific and intimate like this, where it feels like they personally consulted with you, taking music from your very own obscure collection, it’s a kind of conversation where after you get the “Fuck yeahs!” and high-fives out of the way, you say to each other, “I understand you.” When I heard music from Halloween III come on, my ears perked up in excitement. There’s so much music from John Carpenter in this, he should almost have a “Music By” credit.

While there are undoubtedly both sub-text and overt tones and aspects of the story that are indeed sci-fi, I definitely won’t make the stretch of claiming this is horror. While Homecoming is for sure not horror, it without question, is a fan of it, wears its clothes, sits in its chair, drinks its fancy drinks from a decanter, and smokes its cigars. And so, definitely worth an honorable mention in our Horror, But Not Horror segment.

I actually only have one problem with Homecoming, it’s been green-lit for a season 2?! Normally, that would be a good thing, but this story was told so well, and so completely, what’s there left to say? But, we’ll see. There have been countless times where I couldn’t see how they could pull off a season 2 and was proven wrong. I’ll tell you what though, it’ll only get stranger. Where they kept the “deleting people’s memories” sci-fi part of the story to a minimum this time around, they’ll have to dig into it more deeply next time.