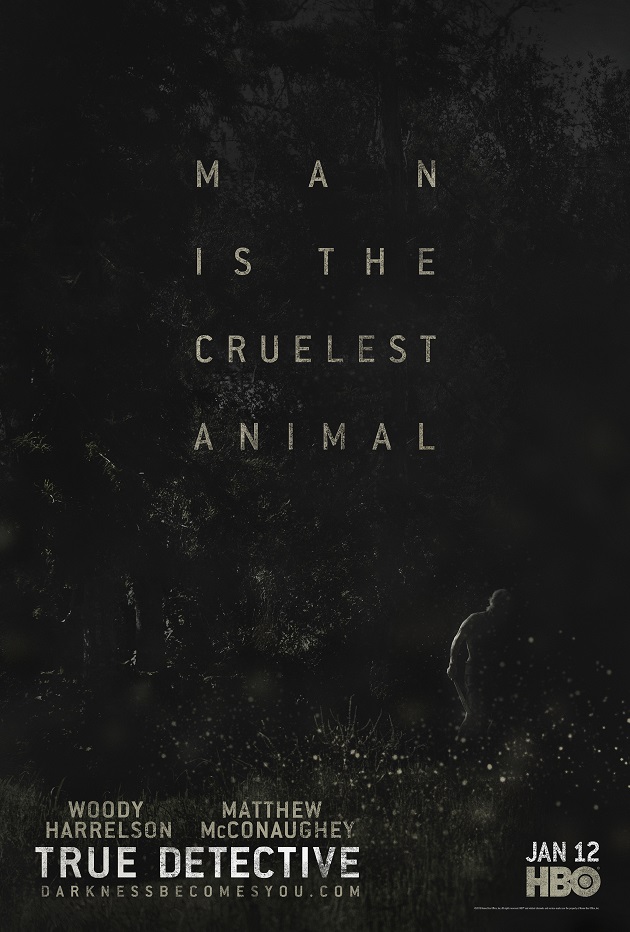 This past Saturday, I found a large package waiting for me in my PO box. Inside of the cardboard box was another box; a white banker’s box, sealed shut with orange tape that read ‘Evidence: Do Not Open.’

Of course, I disobeyed the order, and cautiously peeled away the tape, admittedly a tad bit frightened to discover what was waiting for me inside. Was an angry reader, pissed off that I enjoyed Texas Chainsaw 3D, finally making good on his death threat from a few months prior? Or was this truly a piece of crime scene evidence, accidentally sent to a nerdy horror blogger?

Things took a turn for the even creepier when I got the box open, and found inside of it a very bizarre looking stick figure, which looked like a prop from the set of the Blair Witch Project. I’m talking some seriously creepy ritualistic shit here, the kind of thing that a killer would send your way before dispatching you – or perhaps the kind of thing he’d leave behind, next to your dead corpse. 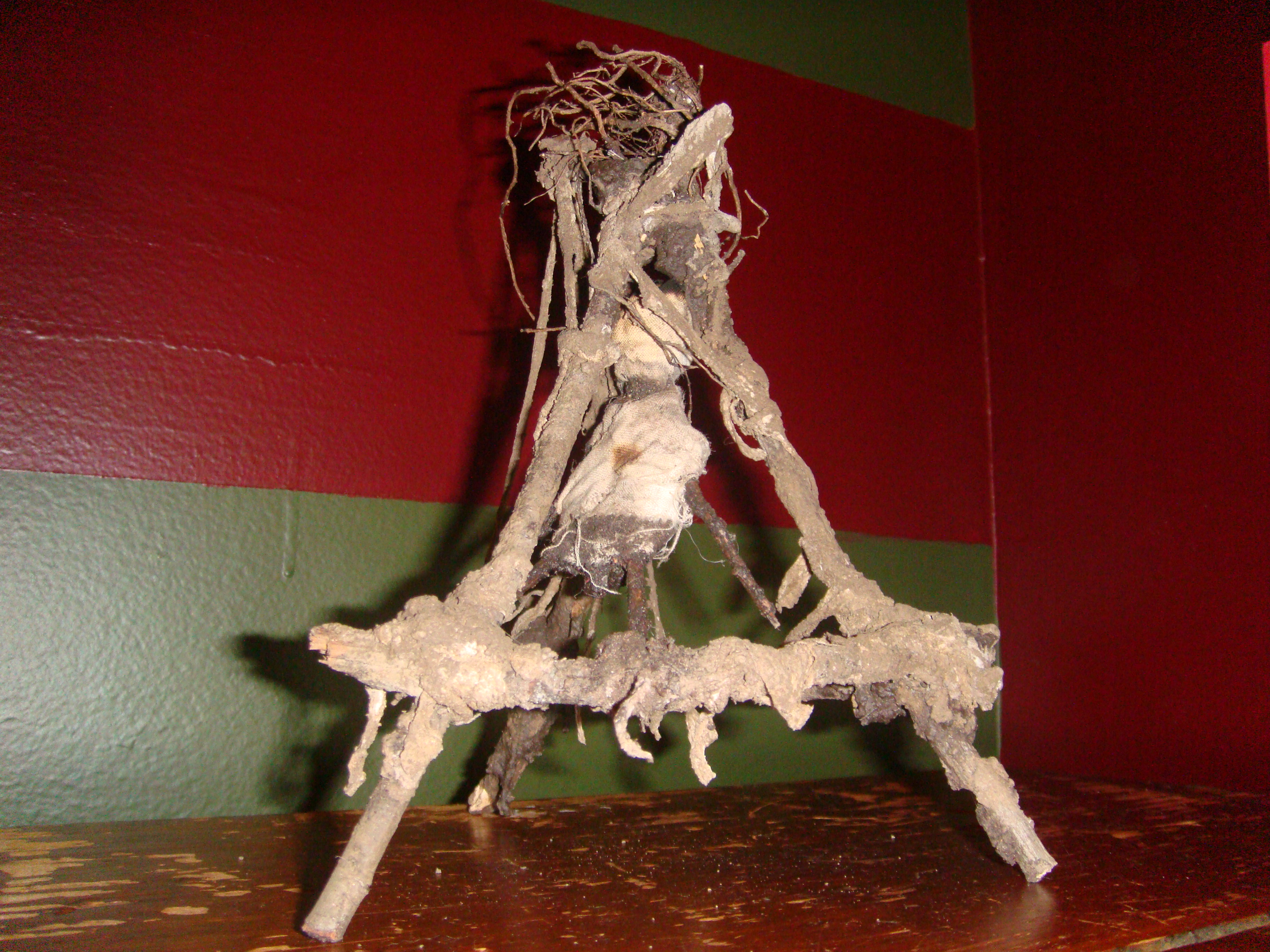 Thankfully, closer inspection revealed clues on the outside of the banker’s box, which led to me solving the mystery; a serial killer was not out to get me, but rather this was a brilliant bit of promotion for HBO’s new series True Detective, which premiered last night. And the package couldn’t have possibly arrived at a better time, because though the show was on my radar, I admit I had no idea it was premiering so soon until I typed in the URL that was scribbled onto the side of the box, and found my way over to the official website.

Needless to say, the stick figure in my mailbox ensured that my ass was on the couch last night, tuned in to HBO to catch the series premiere. And boy am I glad I did, because it looks like True Detective is going to be one show that we should all be watching.

Proving that TV shows have come a whole hell of a long way in recent years, True Detective stars both Woody Harrelson and Matthew McConaughey, as two Louisiana detectives who are tasked with solving the bizarre murder of a young girl – antlers are placed atop her head, a strange symbol written on her back, and a handful of the creepy stick figures surrounding the macabre scene (hey, I have one of those!). While Harrelson’s Martin Hart is a straight laced family man, with a wife and two daughters, McConaughey’s Rust Cohle is a whole lot more complex, the sort of guy who doesn’t see all that much hope for humanity, or the world at large.

The show shifts between the events of their investigation, in 1995, and the present day, and it’s clear that something seriously messed up went down in the years between, as Cohle looks more like the villain from a horror film than he does the handsome dude that was riding along with Hart in 1995. As for what exactly went down after the body was found, that looks to be precisely the gap that will be filled in, during the eight episode first season of True Detective.

Though I never like to judge new shows based solely on their premiere episodes, as many shows in the past have proven my initial feelings quite wrong – either for better or for worse – last night’s premiere of True Detective totally impressed me on every level, coming off more like the first hour of a really awesome movie than the first episode of a TV series. Like I mentioned up above, TV shows sure have changed and evolved over the years, and it’s quite frankly gotten to the point where better stories are being told on TV than they even are in the movies. HBO is of course the reigning king of incredible TV shows, and this one looks to be no exception.

If the first episode is any indication, True Detective is going to be a dialogue and character driven show, rather than an ‘exciting’ or action-packed one, and that’s a damn good thing considering the acting talent involved. Thanks to whip-smart and thought-provoking dialogue, and incredible performances (as always) from both Harrelson and McConaughey, the show’s two main characters are already some of the most compelling to hit TV screens in recent years, with McConaughey in particular standing out. It’s kind of amazing to think that I’ve only seen one episode, because I already find myself incredibly drawn to Cohle, and eager to label the character one of McConaughey’s very best. He quite reminded me of Will Graham from NBC’s Hannibal, as did the whole vibe of the overall episode – and that’s a good thing… a very good thing.

Considering how interesting and well-acted both of the main characters are, and how engaging their dynamic is, I see nothing but greatness in True Detective‘s future, and I am very much looking forward to watching the story unfold. Though TV shows have been impressively cinematic for years prior to this one coming around, I’ve got a strong feeling that True Detective will be looked back on as a revolutionary piece of entertainment for the medium. I say this both because of the stars involved and the fact that the entire first season was written by one man and directed by another, which makes the show more like a really long movie, than it does a TV show. That seems to be the direction TV is headed, and True Detective is the absolute perfect example of the evolution of the medium.

Much like American Horror Story, the plan is for each new season of True Detective to center around totally different characters and stories, which should ensure that this is one show that won’t get stale as time goes on. You can catch new episodes every Sunday night at 9pm EST. If you missed the premiere last night, be sure to check it out On Demand or catch one of the replays. Trust me… it’s more than worth your time!