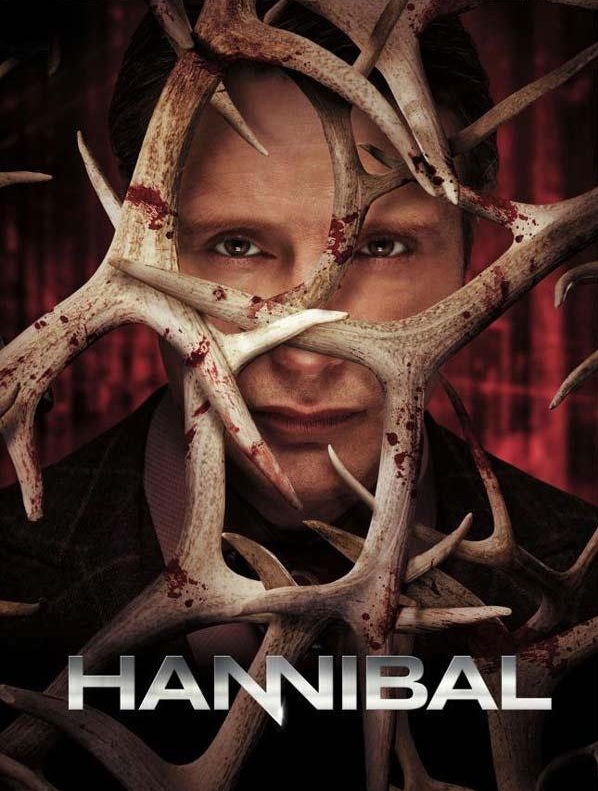 Seeing as how the very first episode of Hannibal‘s second season kicked off with a brutal fight sequence between Dr. Lecter and Jack Crawford, which took place some time after the majority of the season’s events, I was pretty certain that last night’s finale was going to be a total shocker, with at least one major character – Crawford – not making it to Season 3.

Looking back, my going into the episode believing it was going to be a shocker was a total understatement, as last night we witnessed what was hands down the ballsiest and most unexpected season finale I have ever seen.

It probably goes without saying, but if you haven’t yet seen the episode, I strongly encourage you to avoid reading this post until you do. Since I can’t talk about it without offering up spoilers, there will indeed be many spoilers throughout the post, so you have been warned!

As we had been promised in Season 2’s premiere episode, last night’s finale built to that moment where Hannibal and Crawford engage in a bloody battle to the death, with the true intentions of Will Graham hanging in the balance. What we weren’t shown during the premiere was that both Graham and Alana Bloom were en route to Hannibal’s house right about the same time Crawford was, with all four parties coming together for a totally game-changing finale.

Or five parties, I guess I should say. Though we had long believed that Abigail Hobbs was killed by Hannibal, way back in Season 1, we learned toward the end of the finale that she’s been alive this whole time, shacking up with Hannibal because she didn’t know what else to do. After Abigail pushed Alana out of a window to her certain death – she’s under Hannibal’s spell, and doing whatever he wants her to do – Graham arrived on the scene, and that’s where the episode really took a turn for the shocking.

It seems Abigail was a pawn in the big game of Chess that Hannibal had been playing this whole time, testing Will’s friendship and loyalties to him. Upon realizing that Graham was on the side of the FBI, Hannibal butchers him with a linoleum knife and then slits Abigail’s throat right in front of him, while he’s bleeding out. Hannibal had planned on starting life anew with both Abigail and Will, but since he felt Will’s true intentions were to lock him up and throw away the key, he completely severed (literally!) all ties to the life he had spent so many years living.

In a post-credits stinger, we saw Hannibal flying off to his new life, Dr. Du Maurier by his side. It was a scene that somewhat echoed the final moments of Silence of the Lambs, and confirmed that Bedelia was on Lecter’s side all along.

The absolute perfect end-cap to the slow build we’ve been enjoying over the course of the past couple years, last night’s episode was one of the most satisfying and memorable season finales I have ever seen. It was utterly shocking, totally ballsy and completely brilliant, serving as a brutally poetic swan song to the twisted friendship between Hannibal and Will Graham – an emphatic period at the end of their captivating journey together, if you will.

I could go on and on about how awesome it was to see Hannibal finally go full-villain, how shocking it was to find out that Abigail was still alive or how unexpected it was to see Will take his final breaths, in a pool of both his and Abigail’s blood, but these are things you already know, and are already feeling for yourself. Instead, I’d like to focus on what’s next, and speculate on what I think we’re in store for in the future.

Where does the show go from here? That’s the big question on everyone’s mind, as last night’s finale felt more like the end of the series as a whole, rather than the end of a single season. All secrets revealed, and nearly all major characters left for dead, it would seem that there’s really nowhere else for the show to go, and I really got the sense that creator Bryan Fuller was worried that NBC wouldn’t renew it for a third season, so he just went for broke and wrapped everything neatly up, in the event that they didn’t.

Of course, NBC did recently renew Hannibal for a third season, and so the story must go on, even if it may seem like there’s simply no way for it to do so. While it’s incredibly hard to imagine subsequent seasons without Graham, Crawford and Bloom, and though I certainly never expected them all to die, I think the decision to kill them off was not only incredibly ballsy but also totally necessary. In retrospect, ending this season with their deaths was kinda the only way to do it, if you really think about it.

Both Season 1 and Season 2 of the show were primarily centered on Graham, Crawford and Bloom trying to identify the so-called Chesapeake Ripper, having no idea that their friend Hannibal was the killer all along. That’s been the basis of the show this whole time, and so how much further can you really drag it out, after Hannibal’s secrets have been revealed? Again, can’t say I saw it coming, but looking back, what would’ve really made Season 3 impossible is if Graham and Crawford did survive the Season 2 finale.

Let’s not forget that the show is titled Hannibal, and therefore he is the only character who needs to stay alive, for it to continue on.

With all traces of the past two seasons being wiped away in one fell swoop, Fuller and company are now free to take the show in a whole different direction, and if you’re asking me, they’re probably in the process of casting Clarice Starling as I sit here and type up this post. The next logical place for the show to go is to delve into the relationship between Clarice and Hannibal, and I could totally see the next couple seasons being devoted to their story. The sequel to Red Dragon was Silence of the Lambs, after all.

If they don’t want to go that route, last night’s finale also provided the perfect opportunity for the writers to make the series entirely their own, and stray far away from the source material. That’s something that I’d also be quite interested to see, as the first two seasons primarily focused on characters present in Thomas Harris’ novels – though a lot of straying was done, regardless.

Either way, I wouldn’t be surprised to see Mason Verger pop up at least a couple more times in the series, and it’s also entirely possible that he’ll become a central character in the future of the show. Through horrifically scarred, let’s not forget that Mason is still very much alive. The character was introduced in Harris’ Hannibal book as the only surviving victim of Hannibal, so if the writers are looking to stay at least somewhat by the side of the source material, it would only make sense that Verger pop up sometime down the road – playing that same ‘only survivor’ role.

Of course, it’s also entirely possible that Will Graham is still alive, and Season 3 will center on him pursuing Hannibal, which is not something any of us should be ruling out. Only time will tell, I suppose!

Needless to say, it’s going to be very interesting to see what’s in store for us in the future, and I so admire the ballsiness of the totally out of control season finale we were presented with last night. Very few shows on TV right now have the cajones that Hannibal does, and it’s a pretty damn exciting feeling to have no idea what to expect from here, and to know that absolutely anything can happen on the show, at any time.

We are currently living in a true Golden Age of television, and if you’re asking me, Hannibal is right at the forefront of that movement. Us horror fans are incredibly lucky to have a show like this in our lives, and I can only hope that you’re savoring every last delicious bite.