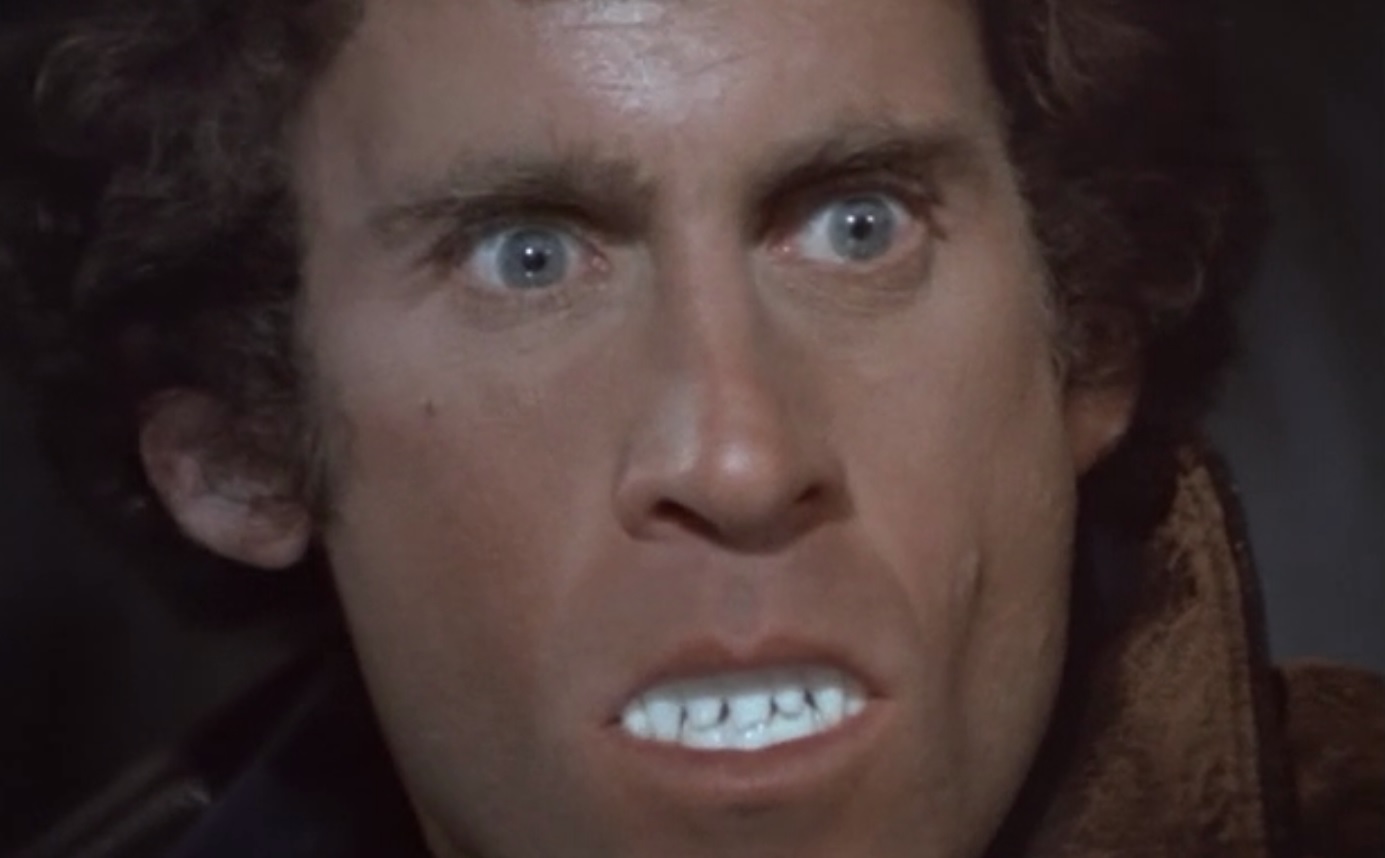 The cool thing about the Halloween season is that EVERYONE suddenly embraces and celebrates the things we love all year round. Non-horror television shows have proven to be no exception to that rule over the years, often getting their horror on in the weeks leading into the greatest holiday of the year. Of course, no show did Halloween better than Roseanne, but that’s not to say there aren’t other gems out there.

Originally airing on October 30th, 1976, ‘The Vampire’ was the one and only true Halloween episode of Starsky and Hutch‘s four-year tenure on ABC. Directed by Bob Kelljan, who previously tackled blood-suckers in Count Yorga, Vampire and Scream Blacula Scream, the Season 2 episode saw the boys hunting down the man (or monster) responsible for biting the necks and draining the blood of female dancers.

Not only was ‘The Vampire’ armed with horror credibility on the directorial front, but it was also written by a duo who would go on to pen one of the most iconic fright flicks of all time. Michael Grais and Mark Victor co-wrote the script for Starsky and Hutch‘s foray into horror, the episode airing six years before they achieved their greatest success with Poltergeist. At the time, however, they were unknowns.

Guest starring in ‘The Vampire,’ as the title character, was none other than A Nightmare on Elm Street‘s John Saxon, who we meet in a opening scene wherein he vows to resurrect his deceased bride – and live alongside her for all of eternity. He flashes a set of pearly white fangs, suggesting he is indeed a vampire, and in a follow-up scene ripped out of a horror film, he attacks a hapless blonde and sucks her dry. 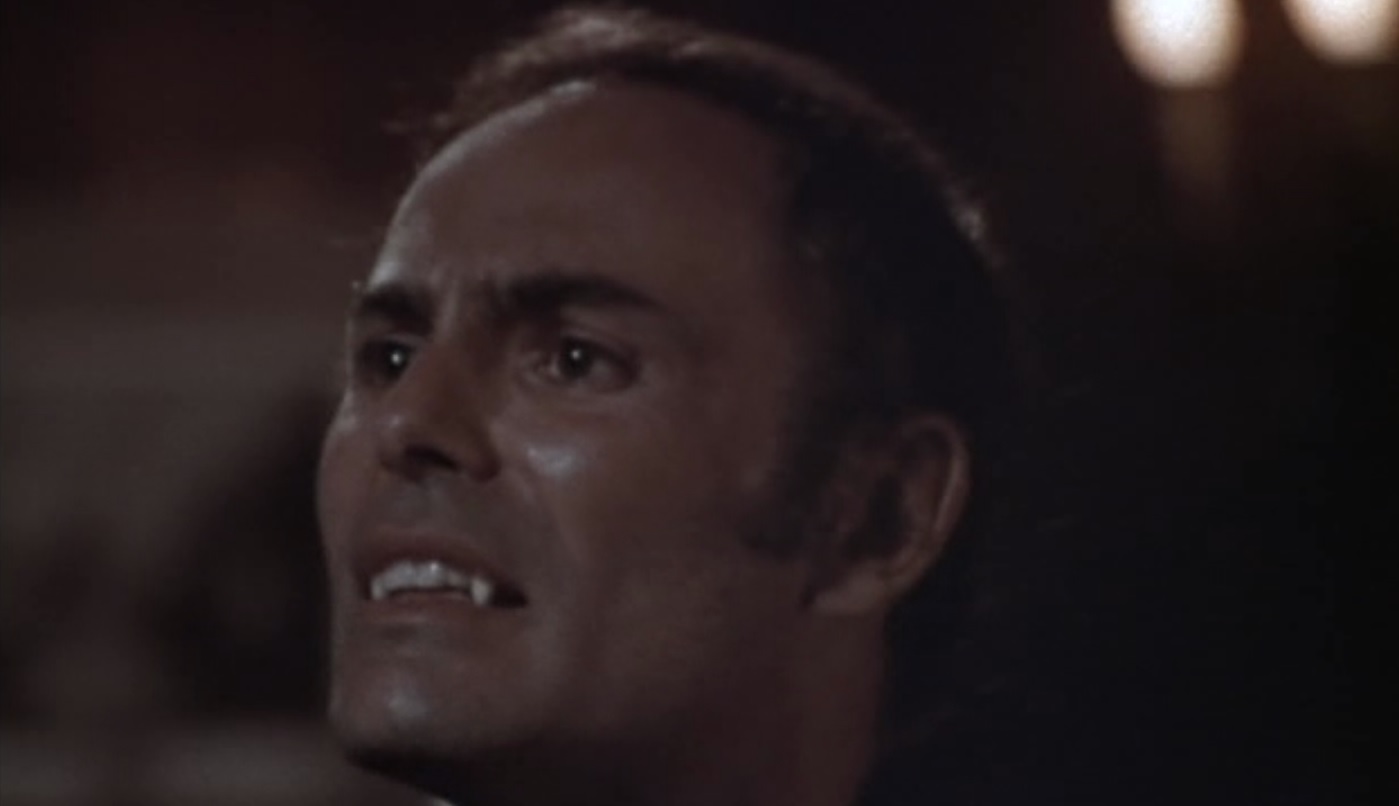 The murder leads to Starsky and Hutch being called in to work on their night off, interrupting their already-in-motion plans of bedding two hot sisters. Much to their delight, the investigation begins at a strip club, where the deceased – Honey Williams – was a dancer. They ogle some babes, grab some information, and head off to a ballet academy, meeting teacher René Nadasy – the man with the fangs.

As it turns out, Nadasy was Honey’s dance instructor, and he feigns disgust over her passing. Their brains likely clouded by a serious case of blue balls, Starsky and Hutch overlook the fact that Nadasy is obviously a creep, precisely the creep they’re looking for, so they leave him be and continue their investigation elsewhere. Starsky is convinced a vampire is to blame, though Hutch isn’t buying it.

“Dracula was named after a real person,” Starsky tells Hutch, who is too level-headed to bite.

Adorably, Starsky decides to wear a clove of garlic around his neck, which Hutch relentlessly teases him over. But he doesn’t let the obviously homoerotic bullying get to him, nor does he waver in his belief that the garlic will soon come in handy. Starsky even attempts to purchase a survival kit from Huggy Bear, including a cross and wooden stakes, though Hutch shoots down his vampire-killing dreams once more. 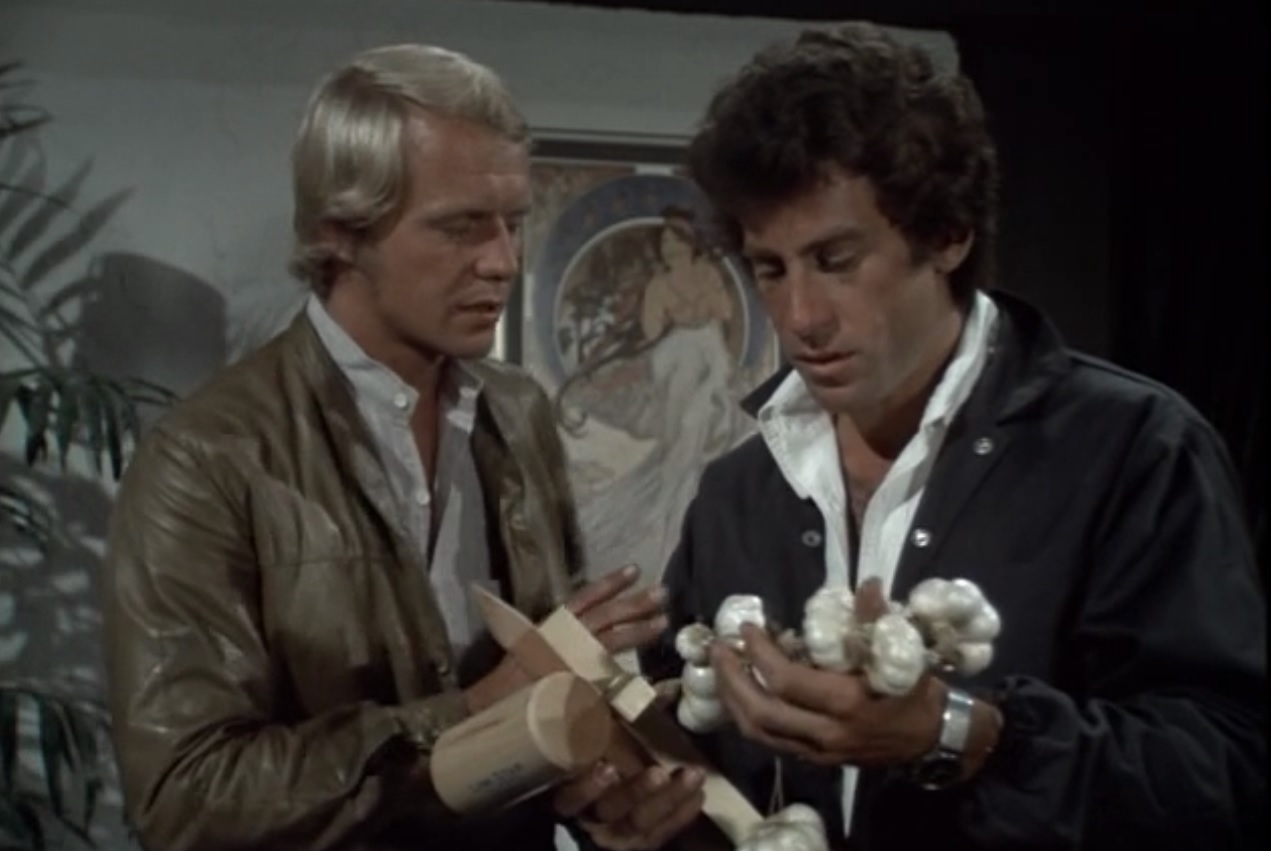 While the nefarious Nadasy continues to talk to his dead wife and undress young students with his eyes, Starsky and Hutch pay a visit to a useless mystic, who doesn’t appear to know anything more about the case than what was reported on the evening news. In the episode’s most GIF worthy scene, Nadasy soon strikes again, running toward another student in a parking garage and biting into her tender flesh.

This time, however, Starsky and Hutch are hot on the caped madman’s tail, leading to an intense chase sequence that ends with Nadasy flying away – actually, he just jumps from one rooftop to another, but it’s a pretty impressive bit of athleticism that Hutch can’t replicate. And after witnessing the incredible act, the Scully of the team finally accepts what is now undeniable to him: vampires are fucking real, yo.

Eager for a bit of notoriety, a wacky old man (dressed as Superman) attempts to convince the dudes that he’s the killer, though they’re much too smart to buy into his shenanigans. Picking up on the connection between the two dead women, Starsky and Hutch return to Nadasy’s ballet academy, where he assures them, due to the fact that he has a leg injury that doesn’t add up with the killer’s athleticism, that he’s not the vamp.

Ah ha, so that’s where Verbal Kint got that brilliant diversion tactic from!

Discovering a cape and what appears to be a jar filled with blood in his hideout, Starsky and Hutch target the strip club owner they encountered prior, who clarifies that the blood belongs to goats rather than humans. He admits to conducting devil-worshiping rituals, in an effort to make a quick buck, though he’s obviously not the guy they’re looking for. He does, however, lead the studly cops straight to Nadasy’s door. 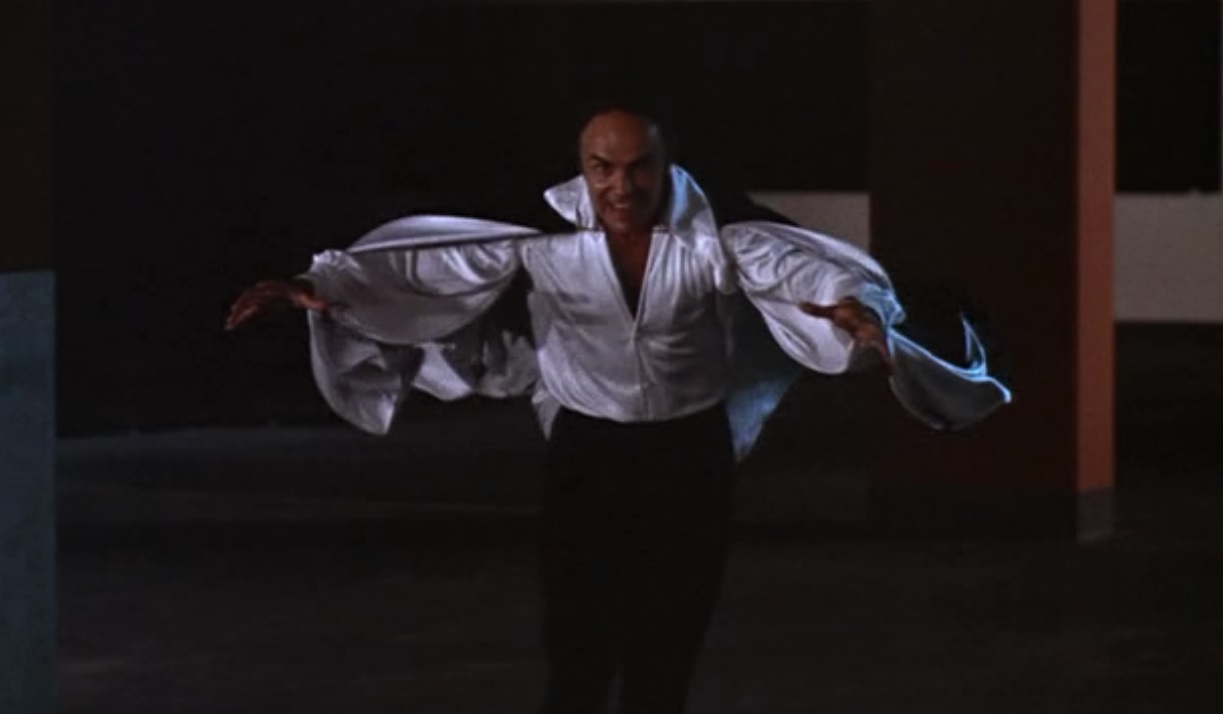 You see, Nadasy took part in the bizarre rituals, a key piece of info that leads to his capture. But he doesn’t go down without a fight (or flight), leaping into the air for a bizarre dance number that ensures this episode is the best in Starsky and Hutch‘s 93-hour history. Nadasy is caught just as he’s about to feed again, the three men engaging in an epic battle that results in Starsky being bitten and Nadasy falling to his death.

Well no, not exactly. The episode is pretty awesome, mostly because JOHN SAXON IS A FREAKIN’ VAMPIRE, but it’s not THAT awesome. Starsky jokes that he has turned, wearing a pair of plastic fangs out on an impromptu date with the two sisters he and Hutch tried to bag at the start of the episode, though the bite he sustained is ultimately written off as an untrue aspect of vampire mythology.

Or maybe the suggestion was that Nadasy wasn’t really a vampire at all, but rather a crazy man who thought he was. It’s hard to tell, as it’s never made clear. And don’t even try to wrap your head around his master plan to bring a dead woman back to life by drinking the blood of other women. All of these things matter very little, as the episode clearly exists only to provide the joy of JOHN SAXON AS A FREAKIN’ VAMPIRE.

And what a delight it is.