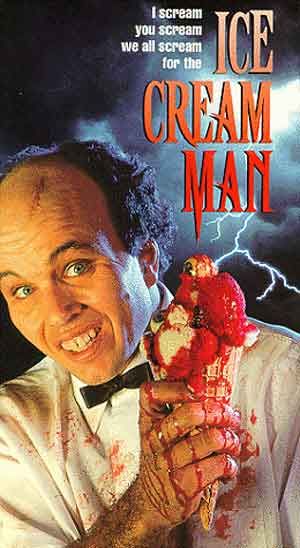 I’ve found that every hardcore horror fan has one ‘so bad it’s good’ movie that they absolutely cannot get enough of, and that they’ve made it one of their life’s missions to know more about than anyone else.

Ice Cream Man stars the always loveable Clint Howard as Gregory Tudor, a twisted individual who considers human eyeballs to be a worthy alternative to maraschino cherries, on the treats he hands through the window of his ice cream truck. Serving ice cream and killing anyone who rubs him the wrong way are Tudor’s two main goals in life, and if you stand in the way of him doing either of those, your severed head just might end up inside of a giant waffle cone.

I cannot honestly remember the first time I saw Ice Cream Man, nor can I tell you how many times I’ve watched it, but to describe my fondness for the film as a love affair would quite frankly be a big time understatement. I’ve declared myself the world’s biggest Ice Cream Man fan, and since nobody has ever challenged me on that, it’s a throne I proudly sit atop.

I mean come on. Who else has a promotional ice cream scoop, whipped up for the VHS release of the film?! 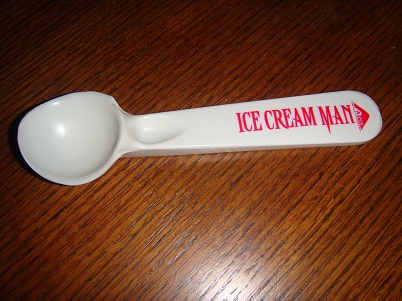 In my quest to learn everything that I can possibly learn about Ice Cream Man, I’ve interviewed and spoken with Clint Howard, special effects artist Mark Garbarino, star Anndi McAfee (Heather Langley) and even the head of the former distribution label that released the film on VHS, and I had at one point in time considered putting all that information together in a retrospective, which I had planned on writing up for my blog Freddy In Space.

Unfortunately, life kind of got in the way, and though the retrospective piece was put on the back burner, I’ve never lost sight of my undying passion for the oddball little film, or my interest in compiling as much information about it as I possibly can – both for my own personal amusement and for the benefit of anyone else who might be as taken by the film as I am.

Since I’ve been sitting on a whole lot of those goodies for a while now, and keeping them all to myself, I figured I’d show some of them off here on Halloween Love. Though Anndi McAfee didn’t remember all that much about her experience on the movie, since she was so young at the time, she did dig up a handful of behind the scenes shots from the set for me, which she e-mailed my way last year.

Today, I share those photos with you guys, along with some comments from McAfee, plucked from our Facebook conversation. Enjoy this Halloween Love Exclusive, fellow Ice Cream Man fans! 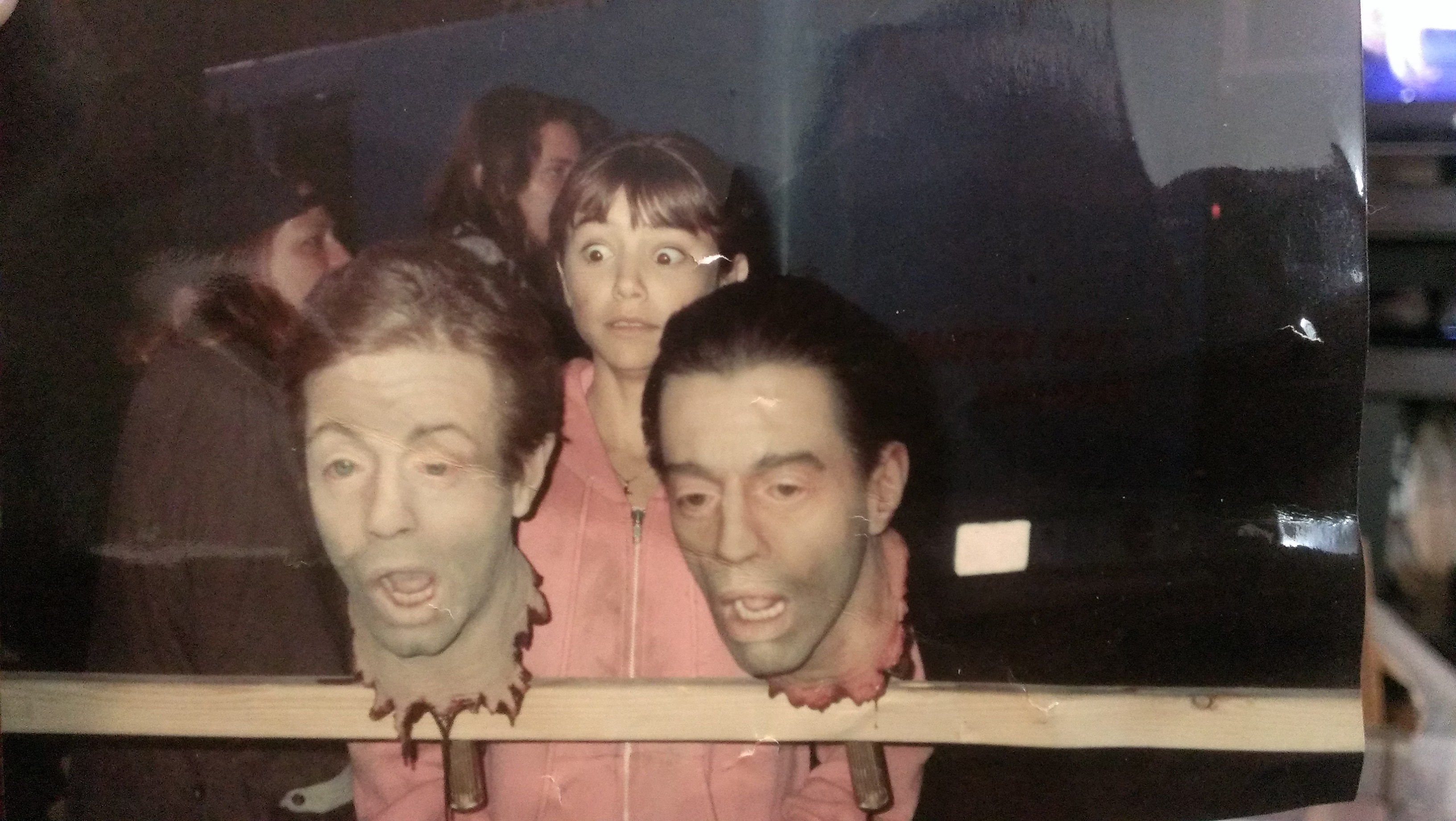 “Because I got to see how the gruesome parts were created, it doesn’t have an effect on me now even though with every other horror film out there, I have to watch through my fingers because my hands are always over my eyes. I really get scared during horror films. Even though I know how they are made. Except the Ice Cream Man, because I was there and thought it was all very exciting as a kid.” 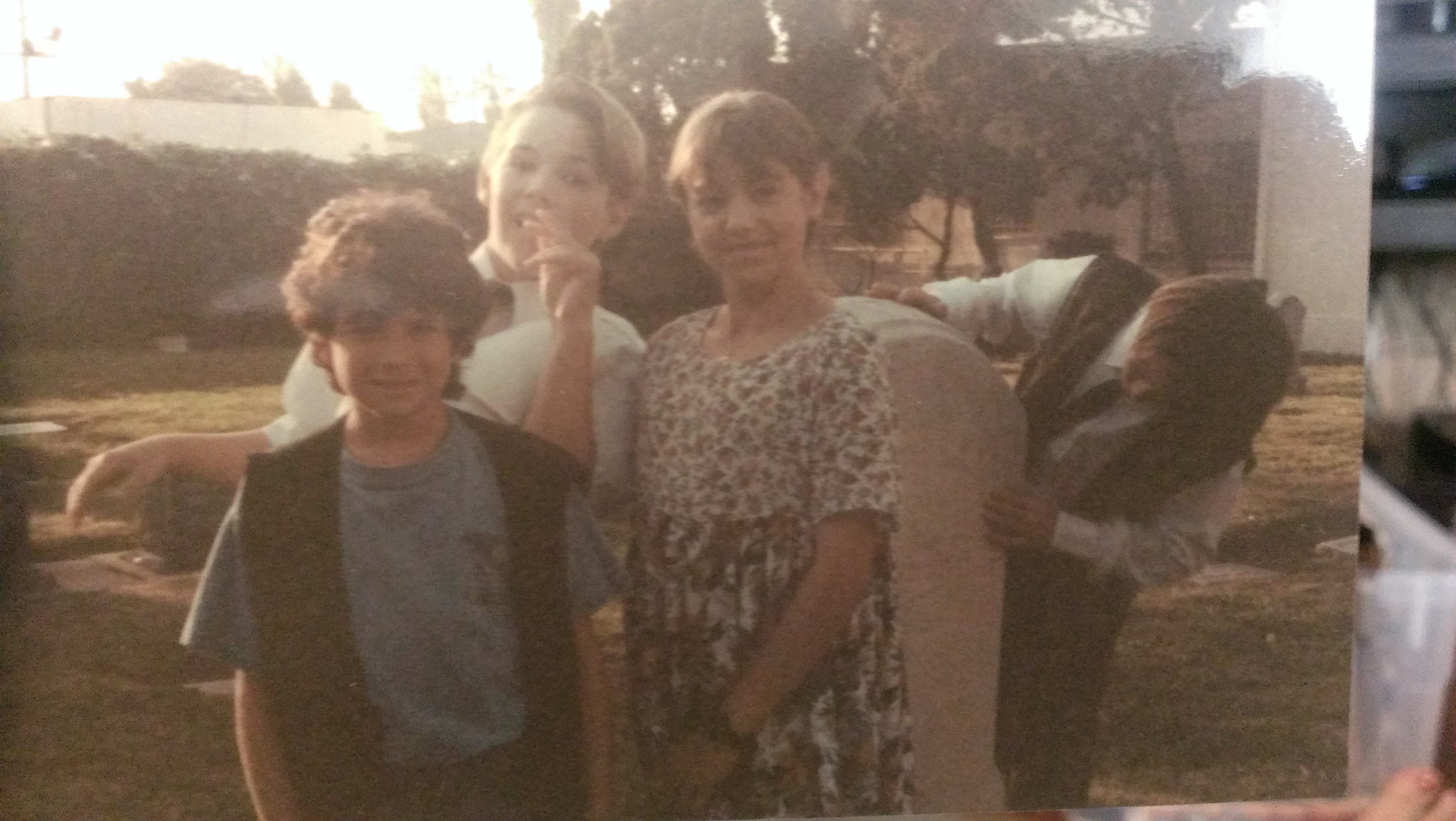 “I got to ride around on a bike with a walkie talkie and run around deserted restaurants and mobile home parks. We even shot at an old cemetery in downtown LA. It was every kid’s dream!!!” 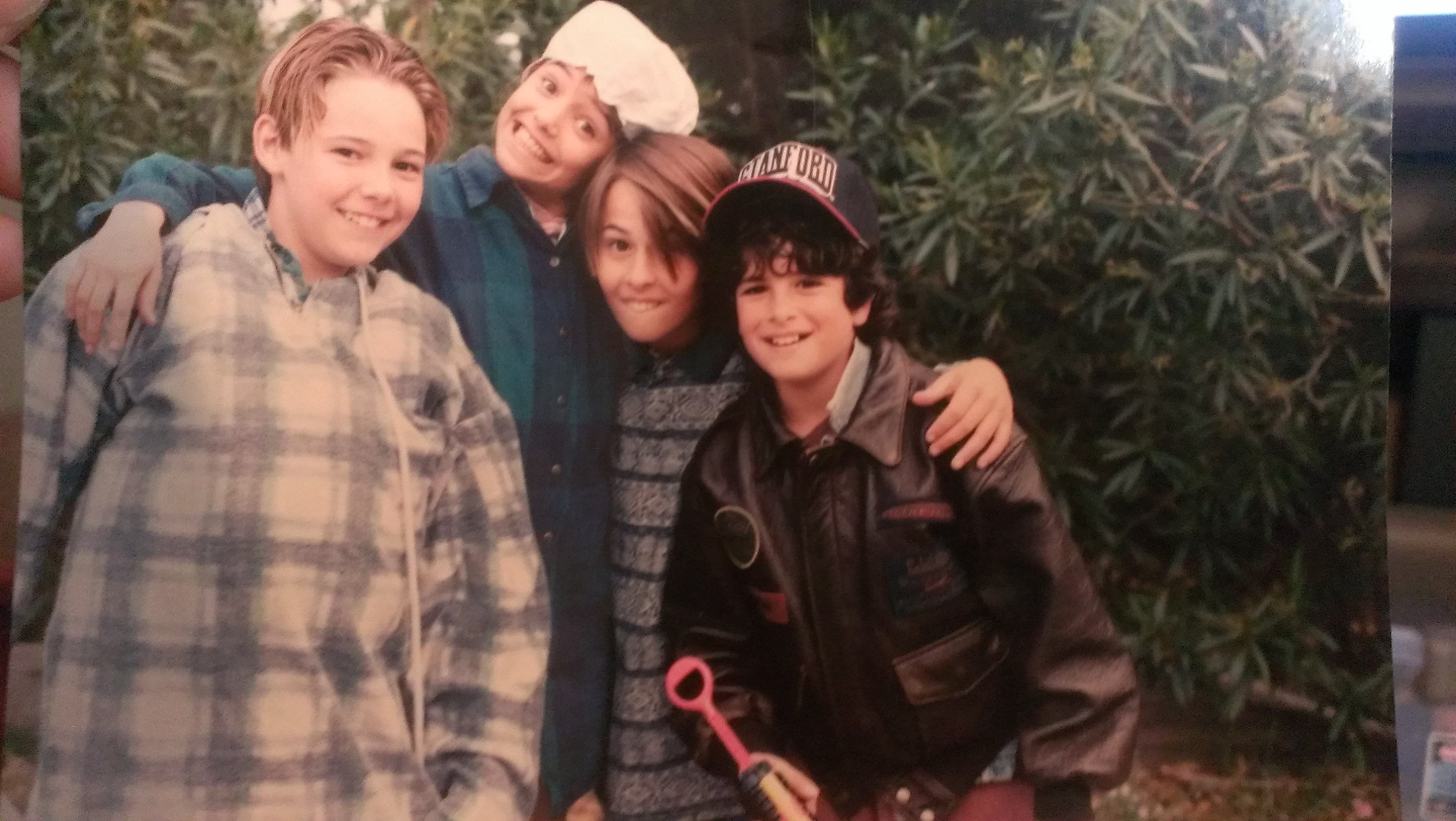 “There was a lot of ice cream on set! I don’t remember if we necessarily ate a ton of it though…” 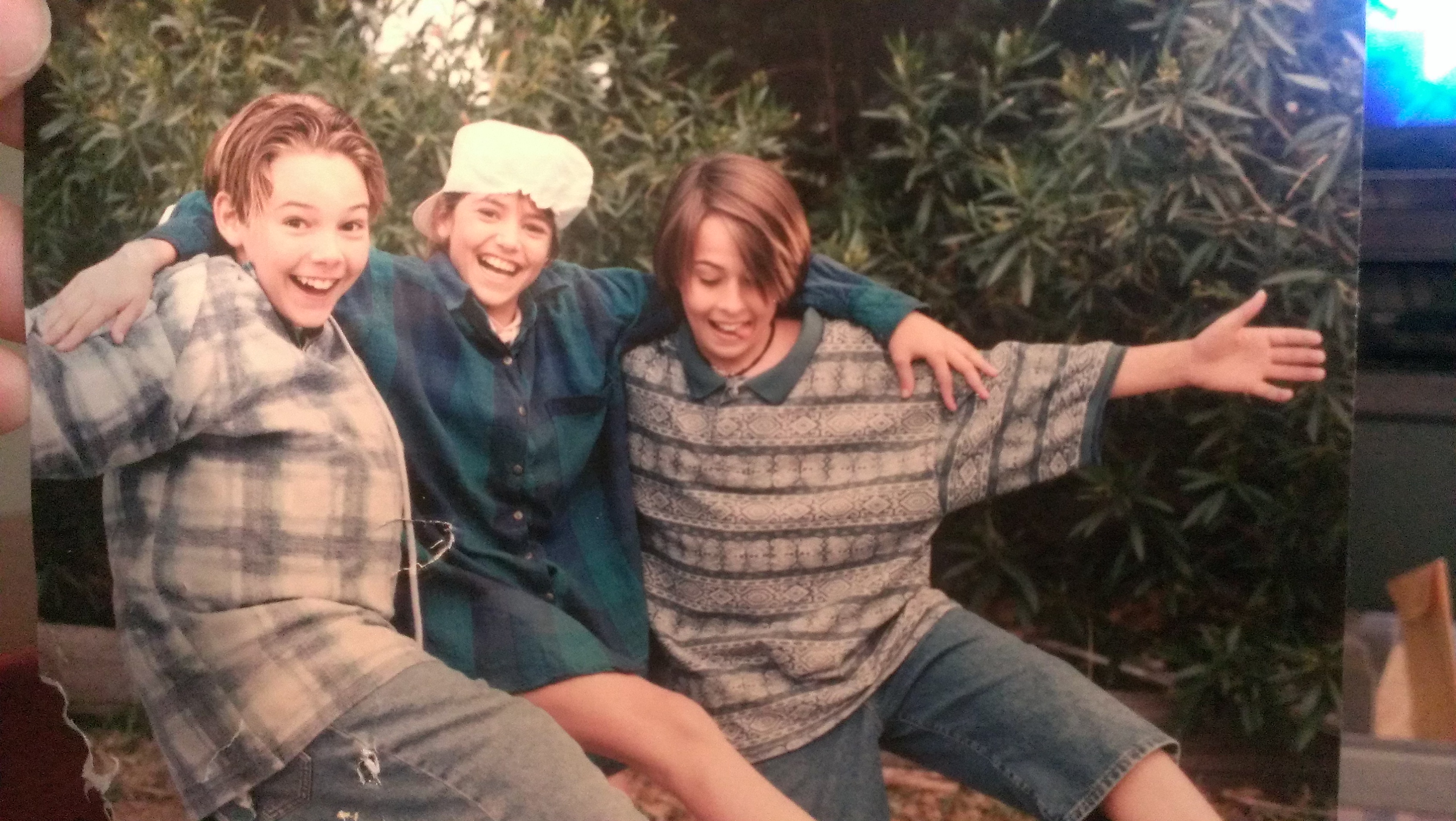 “I haven’t kept in touch [with the cast]. I should look them all up on Facebook.” 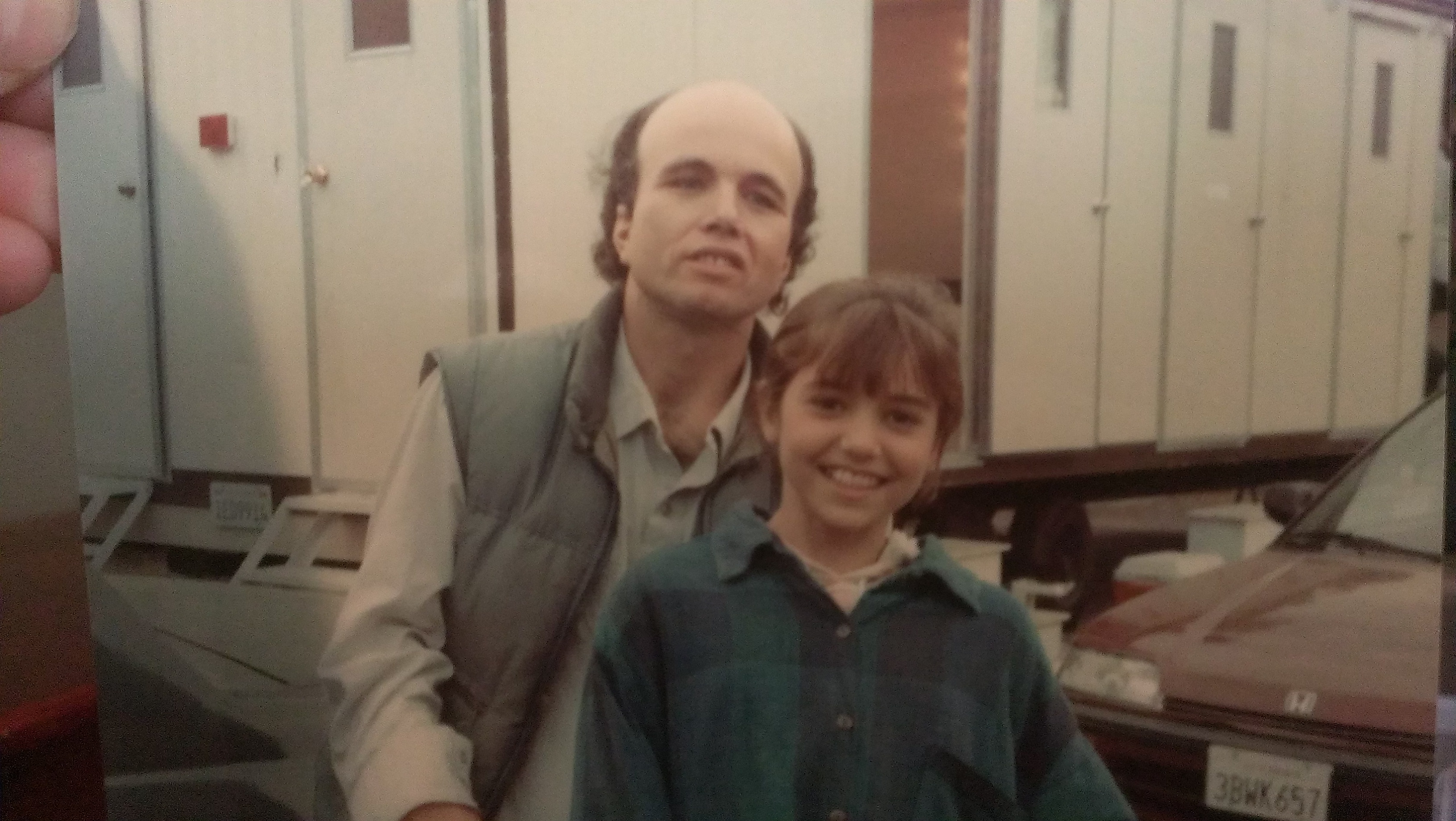 “[Clint Howard] was super nice but he was in character a lot.” 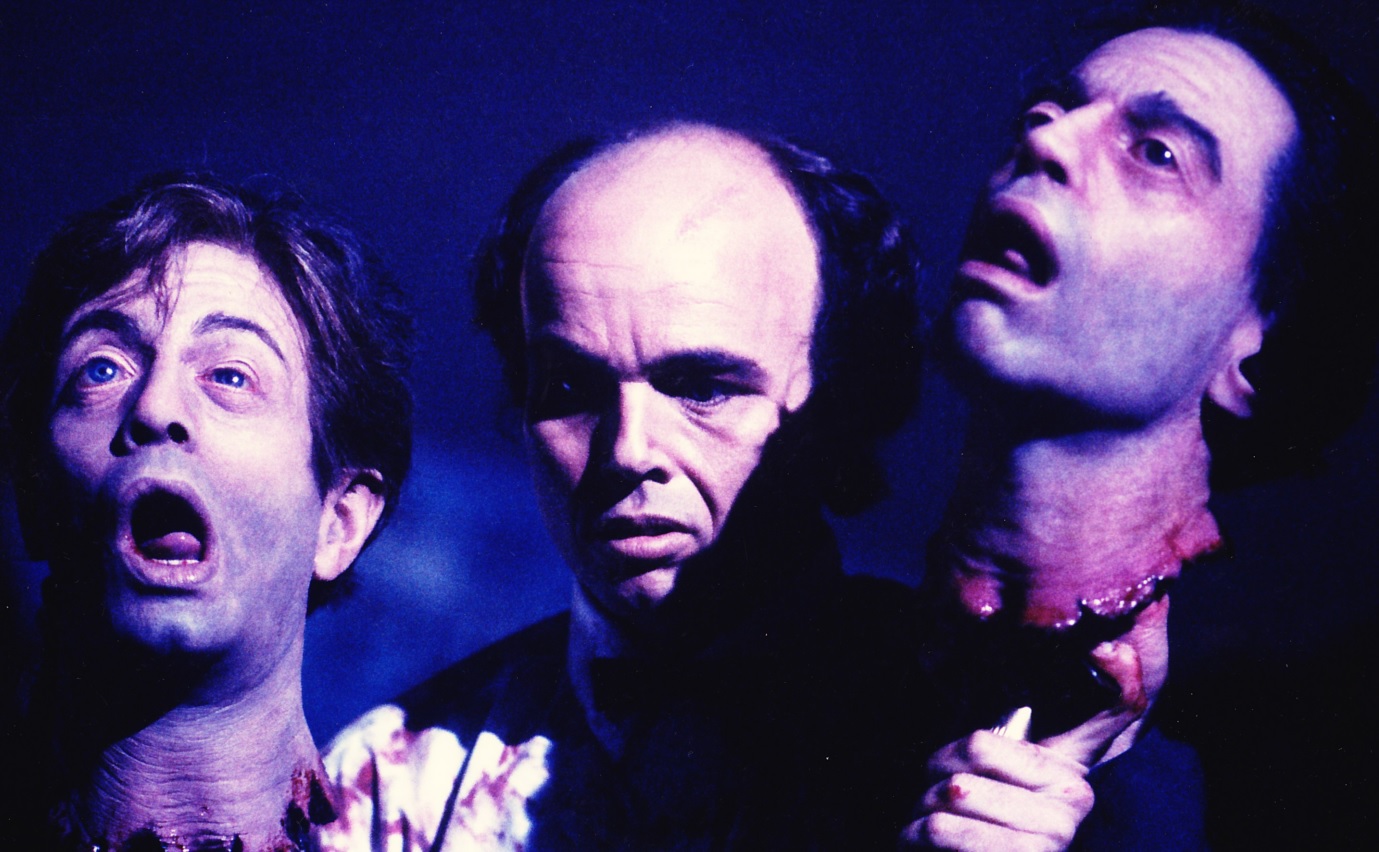 This last behind the scenes shot comes courtesy of Mark Garbarino, and shows Clint Howard preparing for the scene where he carries around two human popsicles. “The shoot was professional and uneventful,” Garbarino reminisced. “I thought what I did all worked great.”

So, what’s your favorite ‘so bad it’s good’ horror movie? Comment below and let us know!