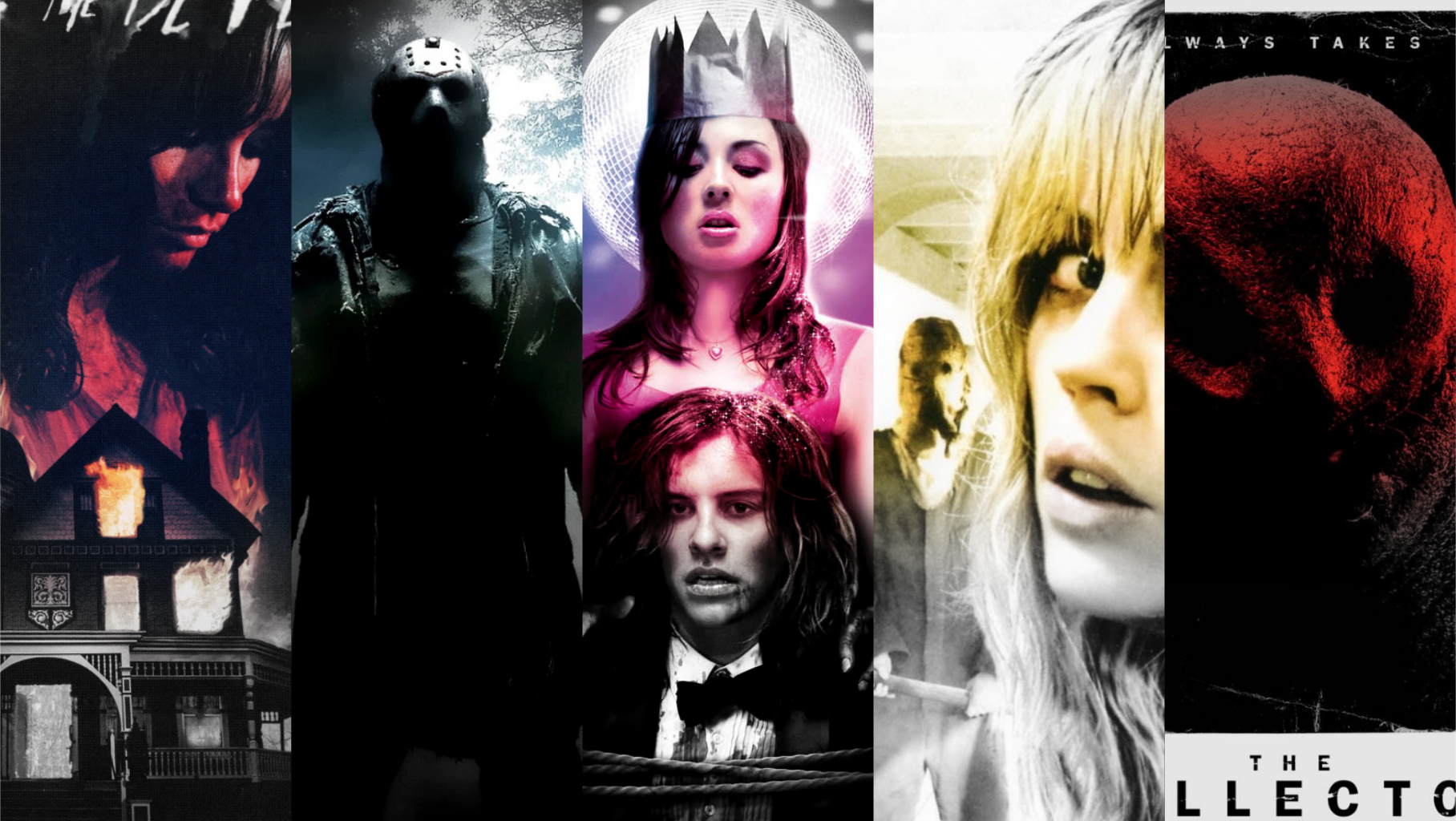 Getting stuck in a repeating time-loop has been a trusty storyline that science fiction movies have embraced for years. Triangle takes this plot device, adds a little horror in the shape of a masked killer, and the end result is really rather good. There is a strong emotional payoff toward the end that nicely pulls together some lingering questions, and Melissa George once again proves she is a capable leading lady when it comes to horror and thriller films.

I KNOW! … This remake gets a lot hate in the horror community, but let’s be brutally honest here, there is only so much you can do with a Friday the 13th movie! You need Jason, you need some partying victims, and you NEED to scare the viewers and make them feel entertained. Marcus Nispel’s Friday pretty much gets the basics right, but the damn thing is just lacking a spark, something to give it a hard modern edge that would make its existence worthwhile. Regular readers will know by now that I’m a total Jason fanboy, and I’ve selected the remake because the build up to its release was an exciting time for me. I think it’s a solid movie, but I’m not blind to the many problems that the makers failed to deal with. 2017 could be the year we get another Friday revival, I pray they have a little more vision next time around.

The House of the Devil.

A rare example of a horror movie that TOTALLY flew under my radar when it was originally released, and I only caught up with it about a year ago when my wife insisted I should give it a chance. The most important thing to know about this film is just how minimalist it is, and when you combine that with the slow burn tension that gradually builds across the story, you have a movie that won’t appeal to everyone. Director Ti West used older filming techniques to make it look like the movie was made in the 1980s, and that retro style really complements the leisurely pace and creepy vibe you feel as you watch it. A magnificent journey back to the more suspenseful days of horror.

A BIG pleasant surprise. There have been multiple new slasher movies produced over the last few years, all of them professionally made, reasonably entertaining, but immediately forgettable. The Collector manages to climb above this ocean of average because the script is strong, the killer is fascinating, and they created a VERY reluctant hero who is instantly likeable. It makes SO much difference when the protagonists aren’t just more production line teenagers who scream a lot. I had a great time with this.

Who knew horrific torture scenes could be so much fun! The Loved Ones is easily one of my favorite horror movies from the last few years, and all the magic within this DARK horror comedy comes from the amazing cast. Robin McLeavy as Lola “Princess” Stone is the ultimate spoilt Daddy’s girl, who knows what she wants and will do anything to get it. We’ve probably all met someone a bit like her in our lives, but Lola is also a psychopath! That’s a BAD combination. Then you have her equally disturbed father, played perfectly by John Brumpton. He will do ANYTHING to make his little girl happy, and that becomes very clear as the story progresses. The Loved Ones is fast, funny and seriously fucked up!