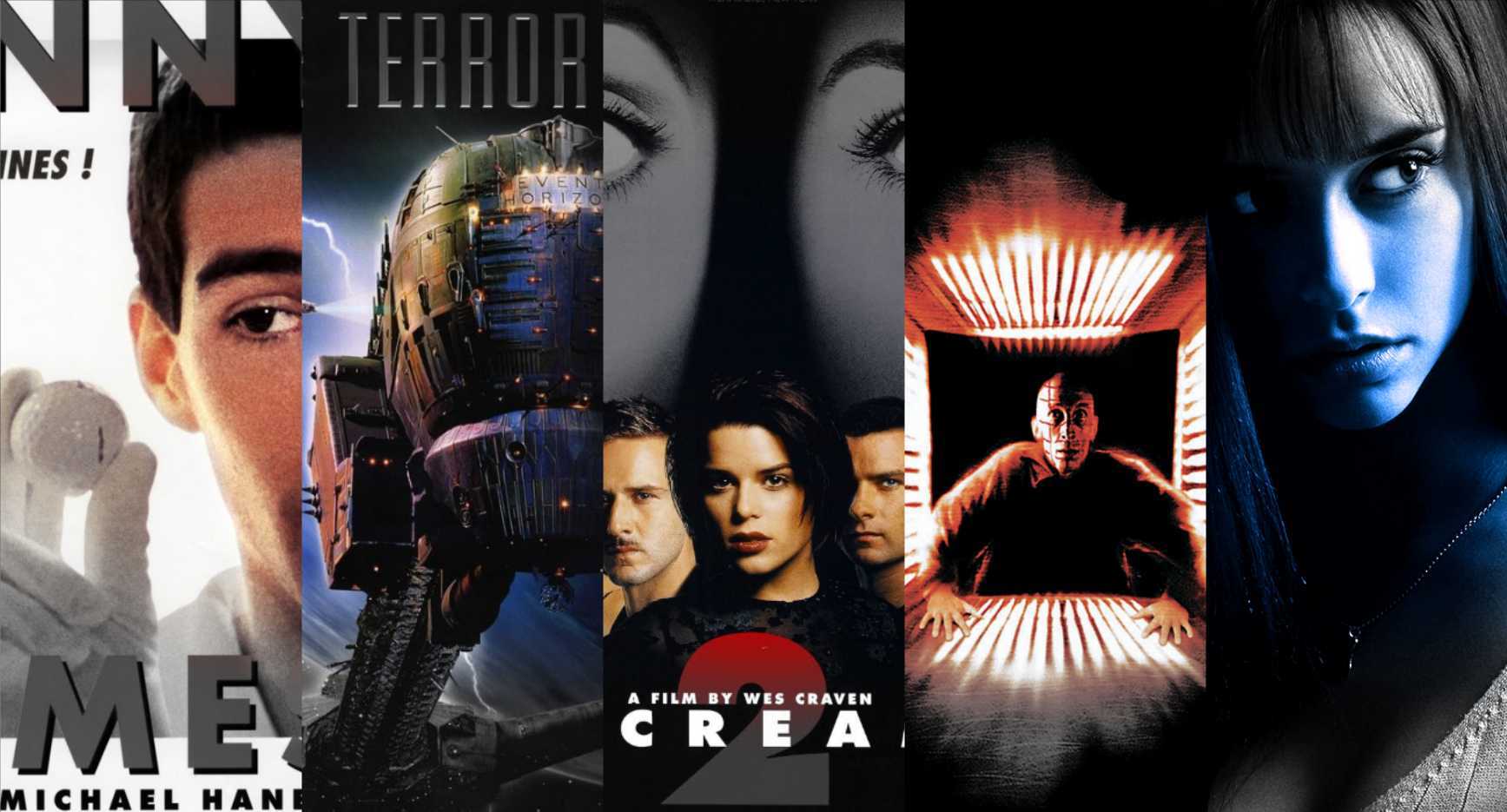 Paul W. S. Anderson isn’t a director I would normally think of when it comes to high quality horror, but I have to give the guy a LOT of credit for this one. By any standards Event Horizon is bloody brilliant movie, and sometimes it’s still hard to believe that he was sitting behind the camera. The story is nicely paced, the atmosphere is wonderfully unnerving, and the brief glimpses of ‘hell’ that flash across the screen are truly horrendous. One of the best science fiction horror movies ever made.

I Know What You Did Last Summer.

The first of several slasher movies that attempted to surf the waves of success created by Scream. Kevin Williamson wrote both movies, and even though IKWYDLS is vastly inferior to Scream, it’s still a very entertaining and inoffensive film that I really enjoyed on the big screen.

Low budget movie-making at its very best! Cube is intelligent and thought-provoking but still has enough gruesome killing to keep everyone happy. The budget was reported to be no more than $350k, and they really worked wonders with such a small amount. I’m ashamed to say it was YEARS before I finally got around to watching Cube, but it’s now a film I greatly admire and always recommend.

They didn’t waste any time making a sequel to Scream, and I think it’s one of the main reasons this follow up is so damn good. When you watch it you get the impression that everyone involved was still buzzing with excitement and momentum, and it resulted in a film that just looks and feels confident. For a few years I actually preferred it to the original … but don’t tell anyone! It’s our little secret.

I know this isn’t strictly a horror movie, but I found Funny Games a horrifying ordeal to sit through the first time around, and when you’ve watched as many movies as I have over the last 33+ years, you REALLY appreciate the ones that can elicit genuine emotions. The minimalist acting makes the characters feel authentic, and when combined with some beautifully desolate locations you have a film that makes you feel uneasy almost immediately. Funny Games is effortlessly depressing and dark. An experience that takes a couple of days to shake off.