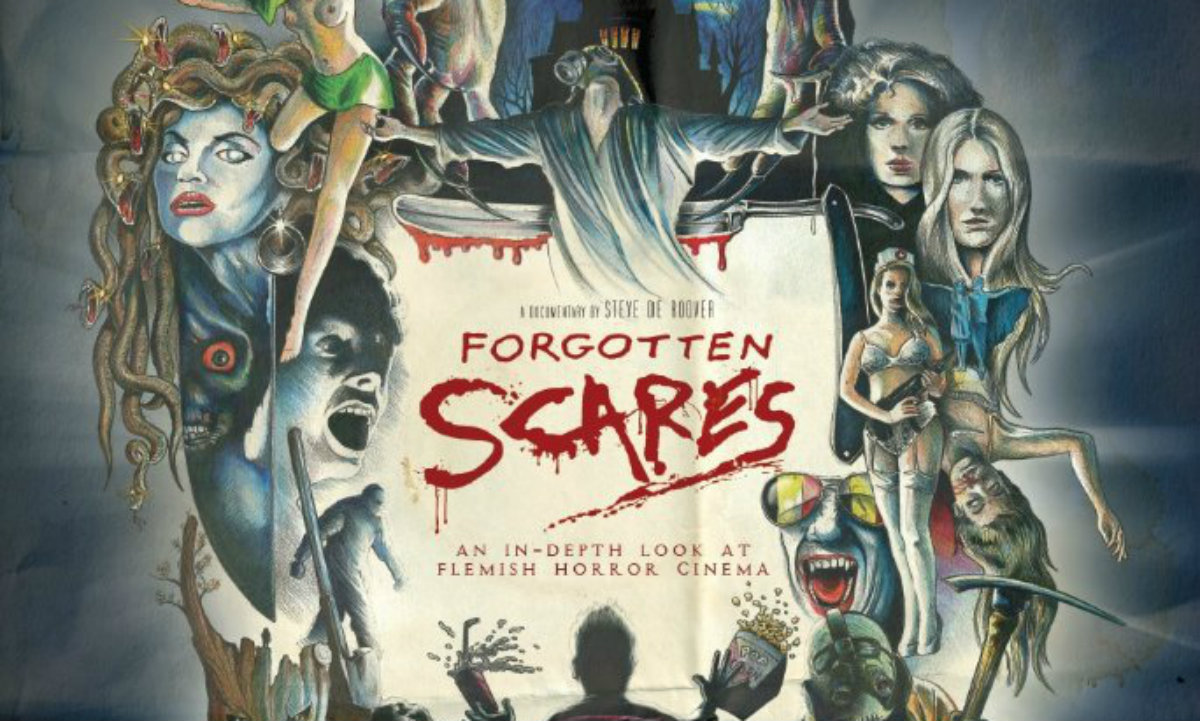 The film, Cub, burst onto the festival scene in 2014, wowing critics and fans alike. It was also successful in its homeland of Belgium where critics called it “the first Flemish Belgian horror film”. It turns out that’s not exactly correct, and horror journalist turned director, Steve De Roover, is here to set the record straight with a new documentary on the subject, Forgotten Scares.

Here’s some more info from the press release: “The feature-length documentary Forgotten Scares goes back to the birth of Flemish horror in the ’70s and shines a bright light on the future of horror in Flanders, Belgium. The viewer gets a chance to discover long forgotten – and even unfinished – genre gems and learn in-depth info about underrated ‘splatter and gore’-fests, post-apocalyptic movies, slasher-films, forbidden nazisploitation, women-in-prison and other fantastical Flemish genre benders through the eyes of the directors, producers and principal actors. Forgotten Scares is illustrated by rare behind the scene footage, classic film scenes, production stills and even never before seen videos and photo material out of the vaults of the filmmakers.”

Being a huge fan of hidden gems, forgotten horror, and horror docs – I couldn’t be more excited for this project. With that in mind, I thought it would be fun to dig up some trailers from a few of the Flemish fright flicks discussed in Forgotten Scares.

“Forgotten Scares” will be making it’s world premier at the genre-loving STUFF Film Festival in Mexico on October 14, 2016, and will make it’s Belgian and American premier in 2017.

The poster art is illustrated by Wim Clynhens. 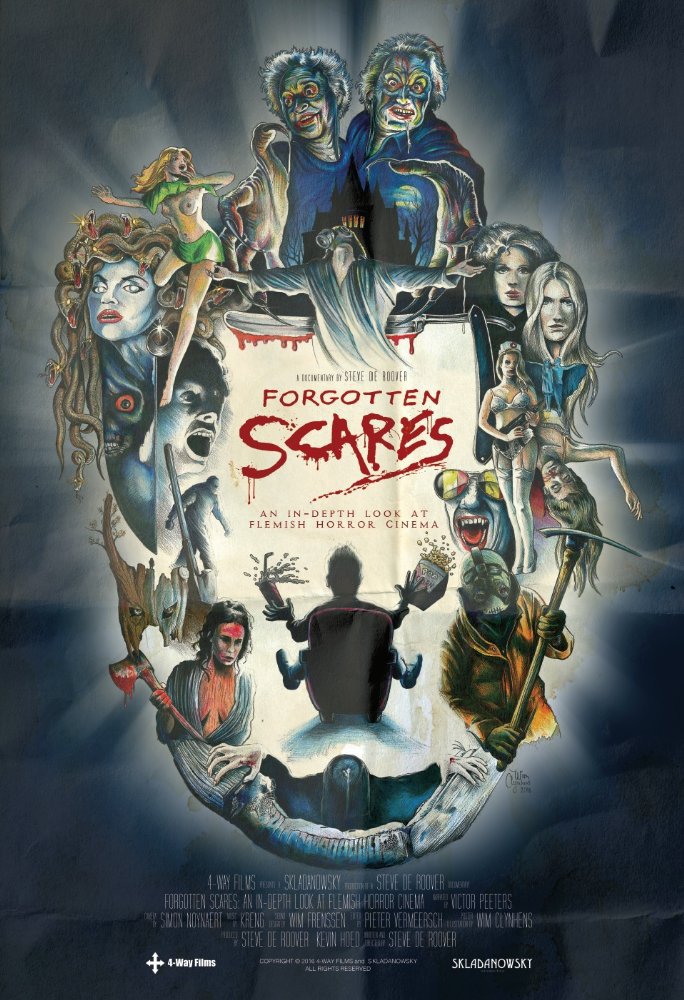