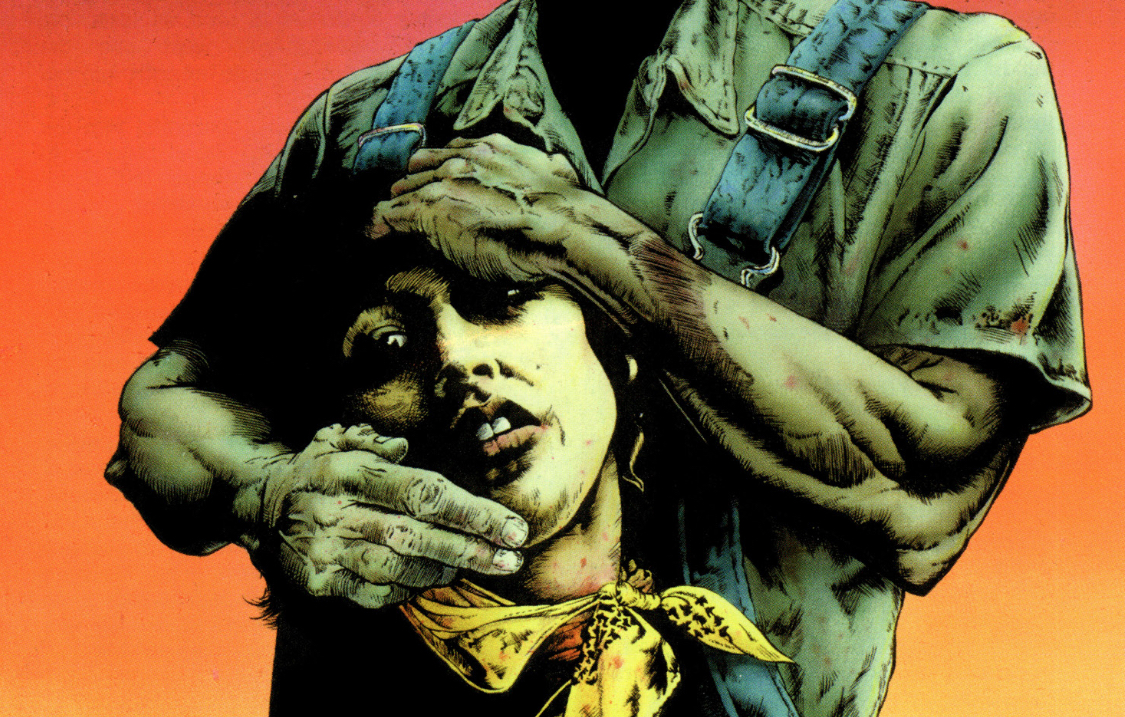 For many of us the journey toward a love and appreciation of horror will have started with the same things across our childhoods. Spooky toys, certain movies we were either allowed to watch or secretly viewed when our parents weren’t around. Cartoon shows, reading books, and that oh so magical Halloween season. They all combine to sow those seeds, and what you are left with is something not everyone has the capacity to understand, that horror isn’t evil or twisted or corrupting. Horror is art and it’s storytelling and it’s entertainment!

My entry points into horror were all of the above, but unlike many of my friends and people I’ve formed connections with online, there was a large portion of my childhood where comic books and graphic novels were more important to me than movies. Graphic novels especially became a huge obsession, and I firmly believe they prepared me for a horror loving life as much as anything else that was around me at that time. They weren’t even horror books as such, but they certainly contained mature content that expanded my hungry mind and introduced me to dark deeds and thought provoking behaviour from the characters involved.

The Killing Joke by Moore and Bolland. Arkham Asylum by Morrison and McKean. Multiple collected Judge Dredd epics. I was ravenous, and would read my large collection of graphic novels over and over. As I got older my love for this way of presenting illustrated stories didn’t fade, but finding GOOD horror books became increasingly difficult. Some of the small publishers would release stuff worth reading from time to time. I adored the early days of The Walking Dead, but gradually became jaded with the format and the predictable way that disturbing HUMAN characters were always the greatest threat the heroes had to contend with. The zombies became nothing more than background content, stumbling around fields and pressing their faces up against chain-link fences but never feeling like they were the real danger in that universe. I needed something new, something different, and most importantly – something brave with a bit of BITE!

My hopes were raised about a year ago when I started following the progress of a massive graphic novel that was being put together called THE DEAD: OMNIBUS, which claimed to be a zombie epic that held nothing back. The history of this project is a complicated one, and even though I worked in comic retail for a number of years back in the day, I never came across the monthly independent comic books that have been restored and reprinted for this gigantic book.

So what exactly is The Dead: Omnibus? And is it worth getting excited about?

Well, last week I finally got to experience this project in full, so I’ll do my best to answer those questions right now … 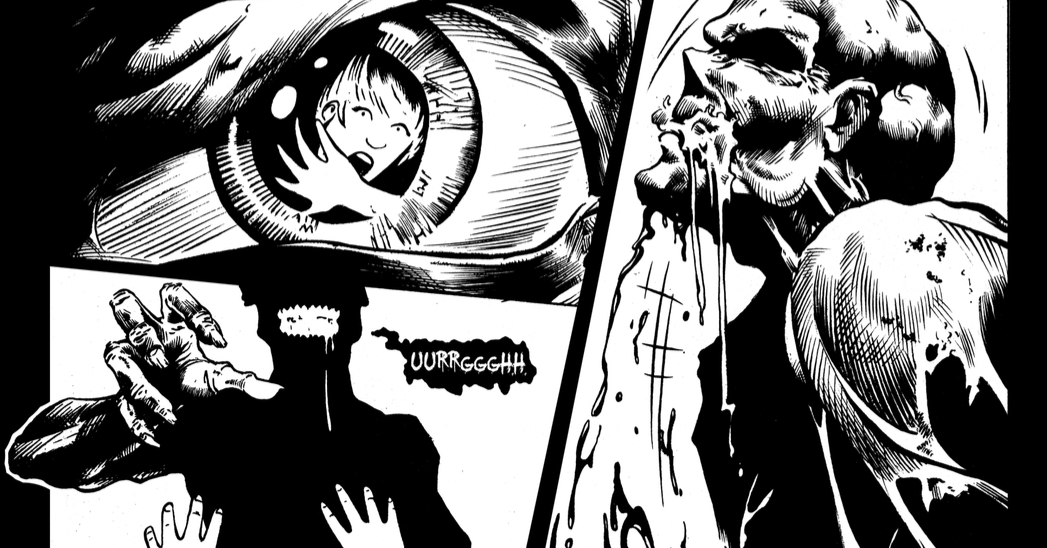 The Dead was a comic book series created by Ralph Griffith and Stuart Kerr that first appeared back in 1993. Like many independent comics at that time The Dead found it difficult to get a foothold in the marketplace, and after the first few issues were released the story became fractured, continuing within a handful of comics released when possible throughout the 1990s and two more several years later.

Griffith and Kerr would eventually come into contact with Rough House Publishing founder Derek Rook and his writing partner Mike Wasion, and it was at this point that a shared vision and dream was formed. That vision was to restore, polish and bring together EVERY issue of The Dead to create the Omnibus book I’ve just finished reading. It also includes unreleased content from the original run, all the cover art, a brand new chapter illustrated by Rook himself and so much more.

If you browse the internet for information regarding The Dead, you will more than likely notice how much people talk about the shocking content within the story, and I can confirm it’s all gloriously true! This book doesn’t just push that envelope we often hear about. It grabs the envelope, folds it into a large origami cock, and pushes it into yours eyes!

I’ve read my fair share of comic books over the years and seen artists and writers attempt to push the limits of bad taste to breaking point, but The Dead was doing it long before most of them even existed, and a carefully timed splash page of brilliantly sadistic gore and violence never ages or loses its dark power. I get too comfortable with horror just like everyone else every now and then, and you know what? It’s genuinely cool when something comes along that actually has the power to SHOCK me. It’s a thrill. It’s the feeling that made me fall in love with horror in the first place!

But The Dead isn’t just some mindless tale that tries to keep you reading by throwing disturbing imagery at your eyes every chance it gets. There is great writing at work here, and I personally hope THAT will recognized and discussed a bit more after the book is released to the unsuspecting hordes of zombie fans out there who crave something relentless and brutal. The moments of torture and suffering are there because of the unique nature of the undead within the story, this is hell being created on Earth by zombies who can think, talk and enjoy the depraved freedom they now have. I’m not going to lie, this book should not be read by anyone who is easily offended or wants a traditional humanity vs. zombie battle. This is DARK and nasty and sick and … I loved it!

The black and white artwork is provided by multiple artists throughout and generally it’s some very solid work with the lack of color perfectly complementing the bleak story. I have strong opinions when it comes to comic book art, and I know what I like, so some chapters were more enjoyable to me than others simply because I wasn’t always really feeling the style, but that’s a personal preference thing, and there were plenty of sections that did push my buttons, with Jason Moore and Rook in particular delivering carnage that had me grinning.

The Dead has walked a long road to get to where it is right now, and as someone who immersed himself in the comic book world for nearly 15 years I KNOW how hard everyone involved must have fought on a daily basis to get this thing produced. As I previously mentioned, I’ve been looking forward to it for quite some time, and my fear was that after finally reading it I would be left underwhelmed and restricted to praising things like “effort” and “determination” which is very common when dealing with independent creations. I desperately wanted to be able to applaud the blood, sweat and tears but ALSO the finished product, and in this case I can!

Graphic novels were my companions a long time ago, and The Dead: Omnibus effortlessly reminded me why I loved them so much.

Friday October 16th is the release date for this beast, and for all the latest news and info head over to the Rough House facebook page and give it a ‘like’. There is still also time time to check out the crowd funding campaign which helped bring The Dead back to life!

Until next time, stay safe, and keep it horror! 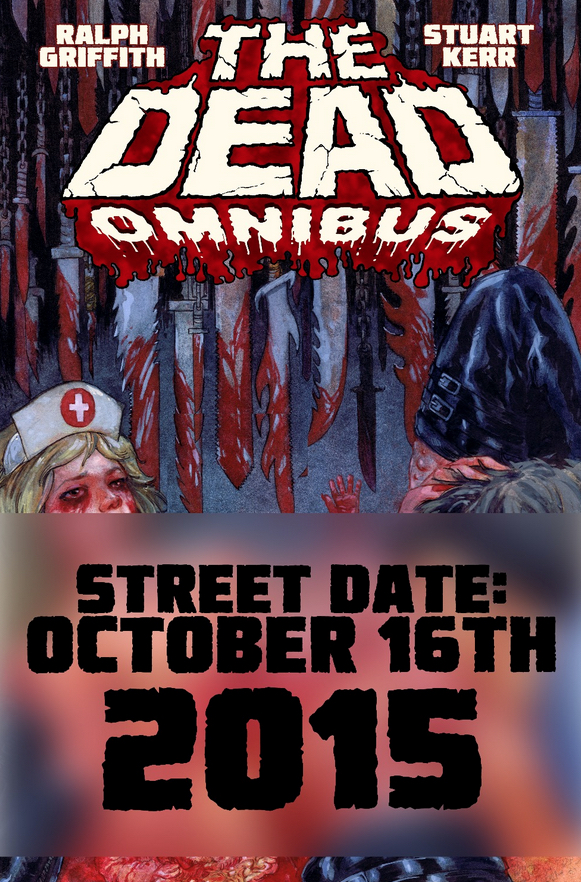 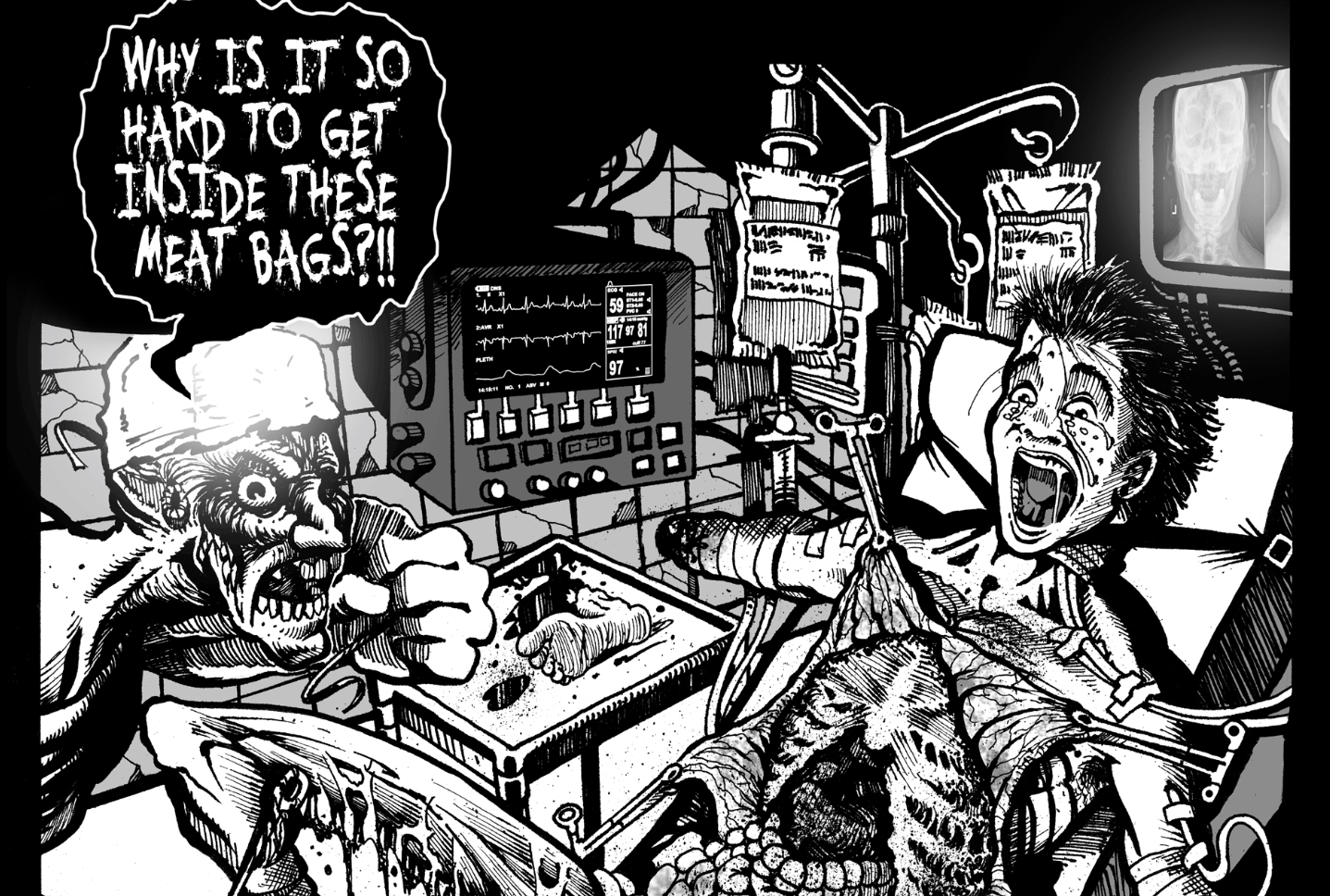