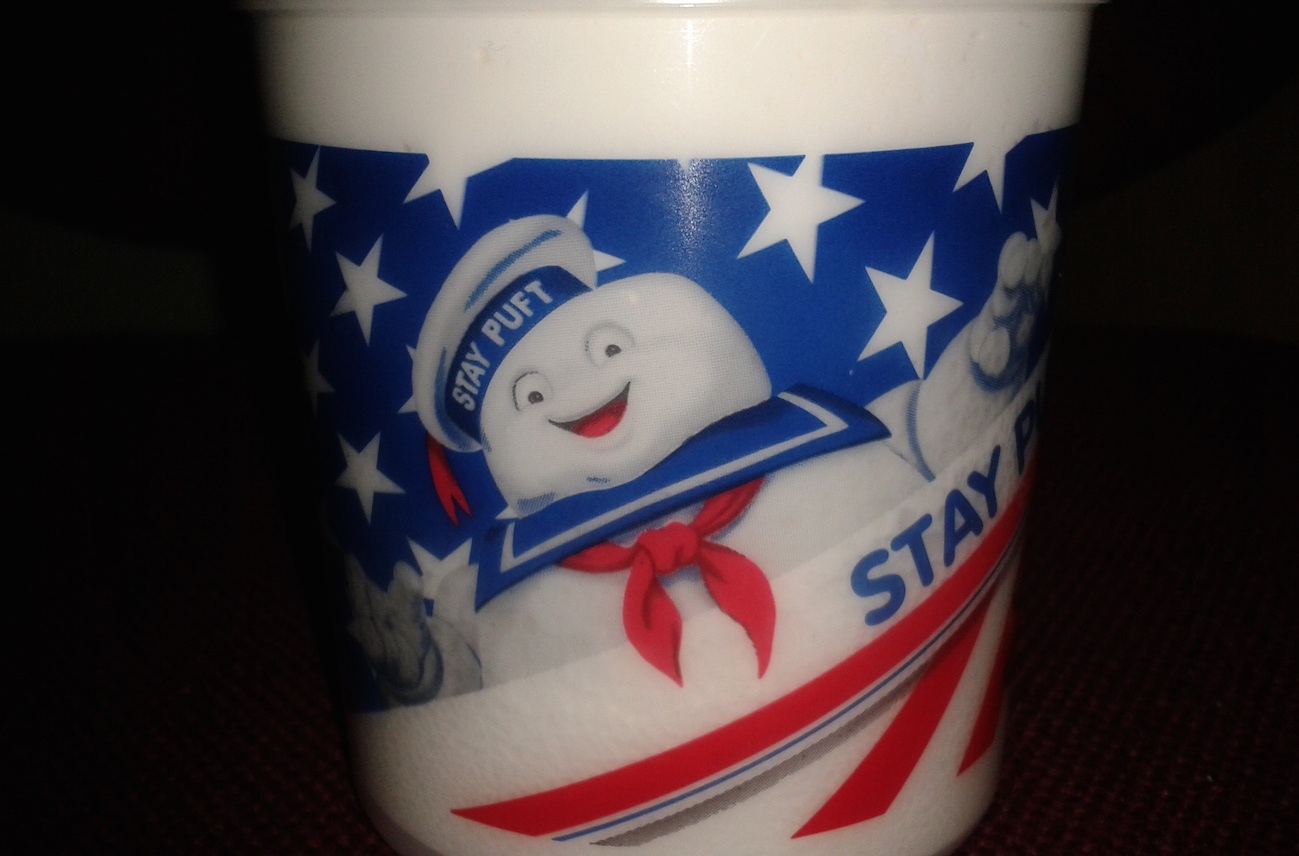 Living in the UK means I rarely find food products that could be classed as EXCITING, we’re just not that kind of country. So every couple of weeks I like to head to a specialist store that opened up in my home town about two years ago which sells imported candy, chocolate bars, canned drinks and other sweet treats, mostly from across the Atlantic. I then eat them slowly, and for a few moments imagine I live in America, where cool stuff can always be found in shops, especially as the Halloween season approaches. DAMN YOU boring England!!

Anyway … on my last visit I noticed a new arrival that had me rummaging for cash instantly, STAY PUFT SPREAD! I was fairly certain I would hate what was lurking inside, but Ghostbusters is probably my all-time favorite movie across every genre, so I had to buy it, simply for the ultra cool plastic pot if nothing else.

I just assumed it was another sexy product from the States, dropped it in my basket, and didn’t think much more about it until last weekend.

Turns out the damn thing is actually produced here in the UK! And I’ve recently had several online friends ask me to ship them some pots across the pond, while others want to know more about what’s going on under the little blue lid. So, let’s start with the most important question, how does it taste? 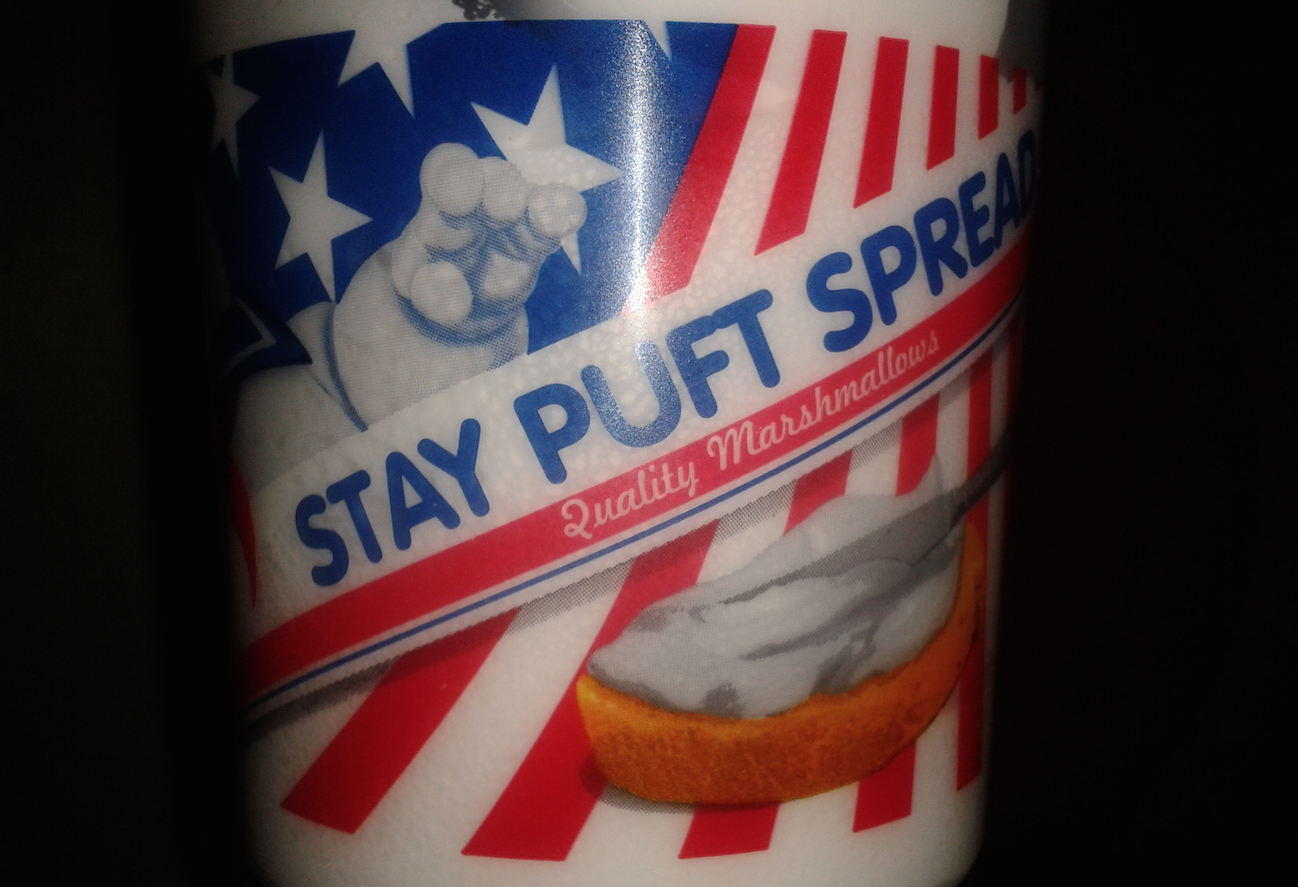 Pretty damn good to be honest. When you first open it you will notice a pleasingly light and fluffy texture that makes it look instantly appealing, even to someone like me who was sniffing it with suspicion and doesn’t normally eat this kind of thing. It tastes like marshmallows, it has that subtle toasted smell I love so much, and it’s easy on the stomach. Some people might find it a bit too sweet, but in general this is a seriously enjoyable pot of sticky white goo!

The pot doesn’t include any of the advice you normally see regarding how long it lasts after opening, but I did notice that 2-3 days after you break that seal it does become a bit ‘flatter’ – not as fluffy, and not as pleasant to devour. So my advice is to eat it all as quickly as you can, which shouldn’t be a problem if you have kids, or you just really, REALLY like Stay Puft Spread! 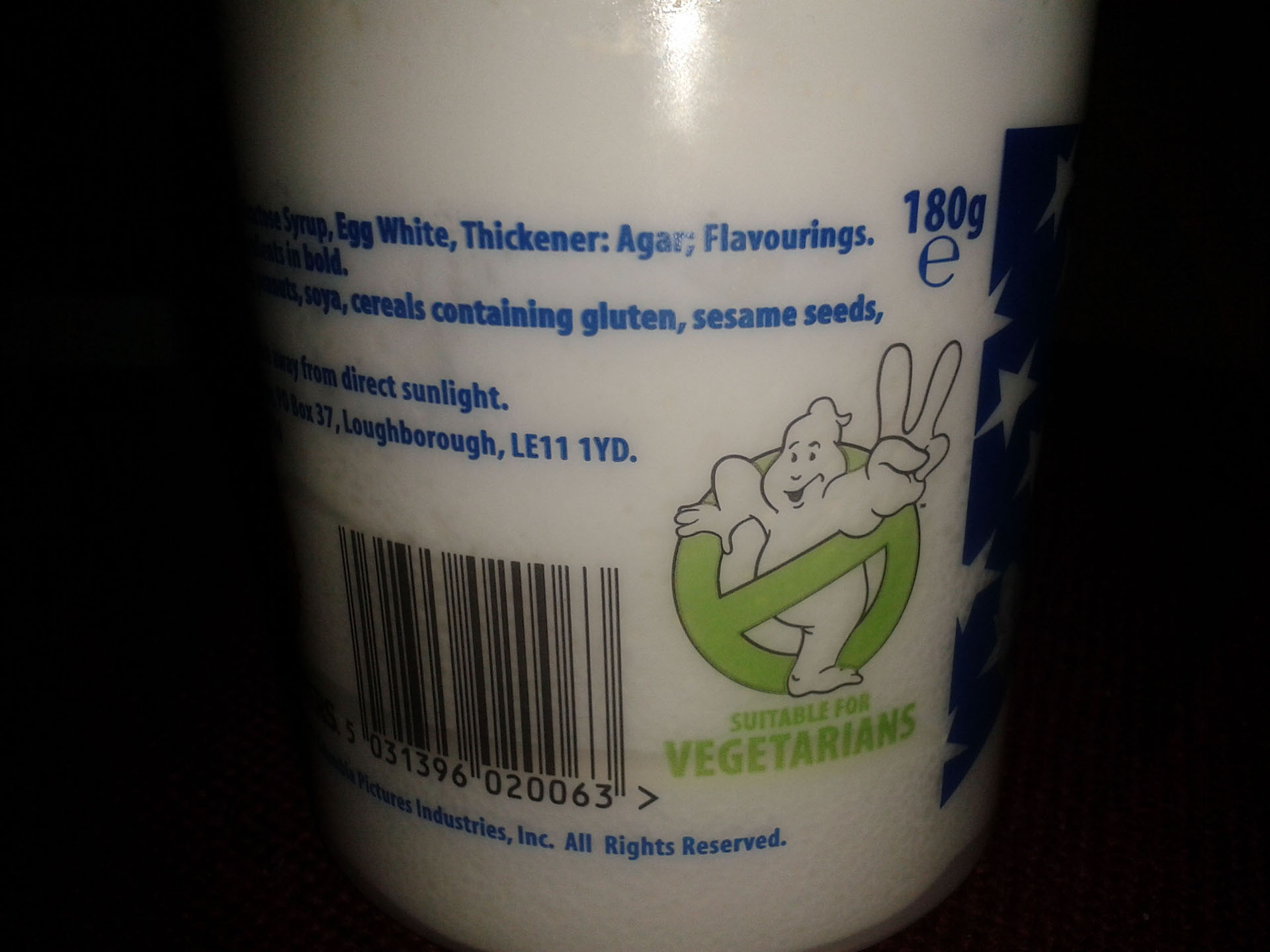 Verdict – I was impressed. I bought it for the pot, decided I might as well try it, and ended up eating the lot! It looks awesome and has a unique retro / cool vibe that is impossible to ignore, especially if you have a passion for Ghostbusters.

Now all I need is a lottery win and I can afford to buy enough to recreate the moment Walter Peck takes a marshmallow shower at the end of the movie … It’s been an ambition since I was nine years old!