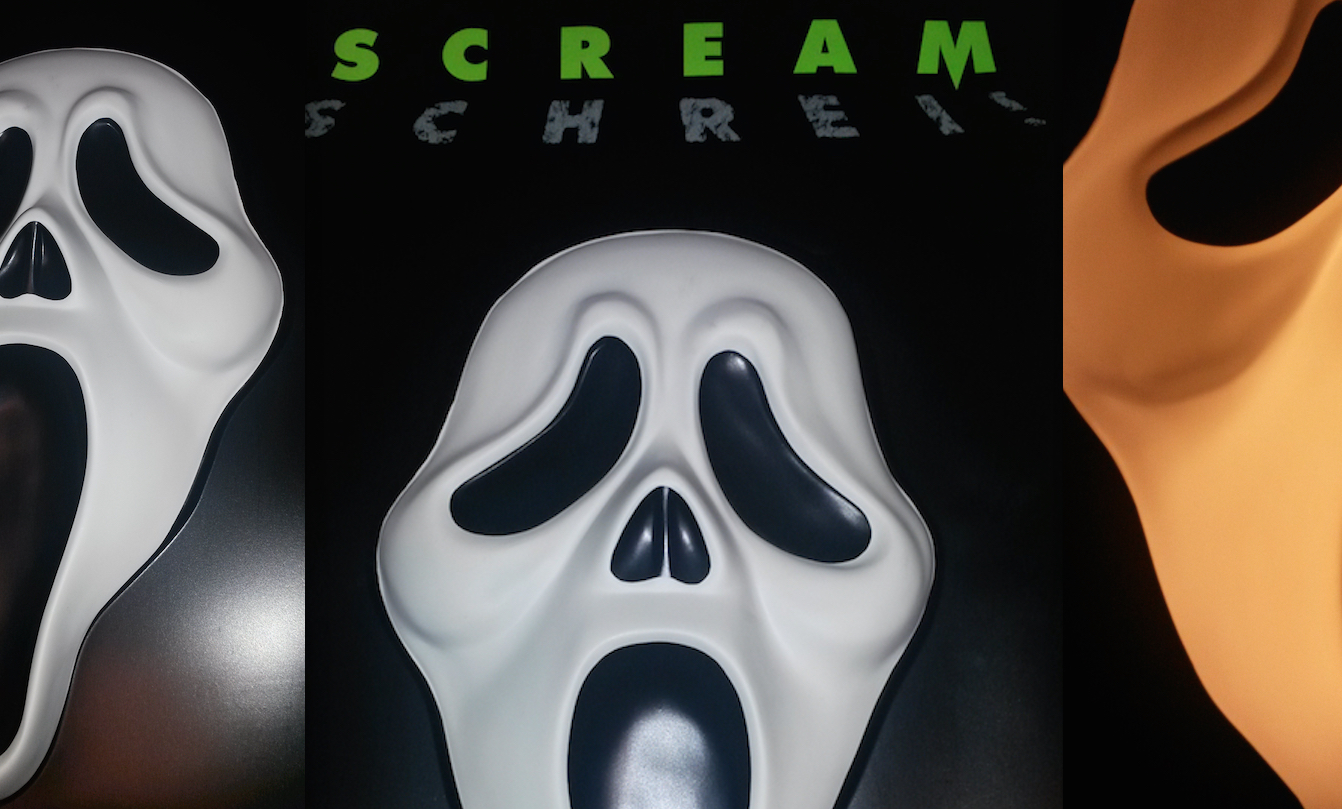 Like most horror fans I love collecting merchandise, memorabilia, toys, art, hand crafted pieces and everything in between. It just seems to be something that is eternally linked to having a passion for horror – we ALL collect cool stuff! Sadly, life rarely rewards me with actual spare cash, so these days I tend to get most of the things I desire throughout the year as Christmas presents from friends and family. They all know what I like, and I’ve reached an age where it’s normal just to TELL my nearest and dearest what I want, meaning I happily avoid novelty socks and ugly sweaters.

In these articles I’m going to take a look at some the most treasured objects I’ve received over the years… starting with my most recent spooky festive acquisition. 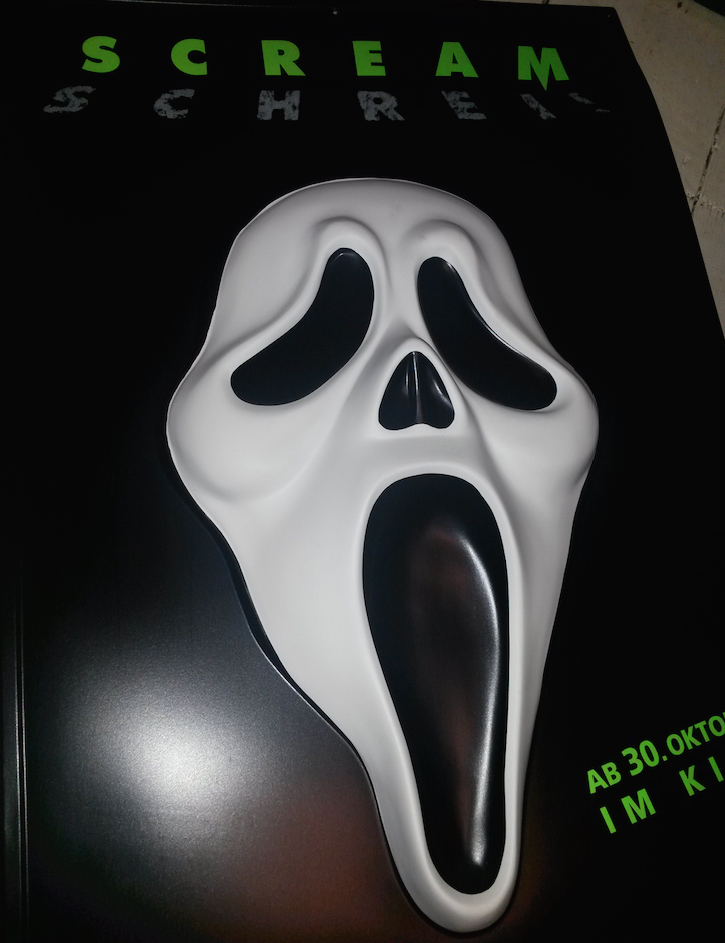 The item I’m taking a look at today remains a LITTLE bit of a mystery to me to be honest. I’m fairly sure I know what it is and what it was used for, but if any Scream experts out there know more than I do then please zap a message below.

Ok, here we have what I THINK is a German cinema poster that was used to promote the original Scream movie back in 1996 – but this is no ordinary poster! For a start it’s plastic, a very thin bendy plastic that is easily damaged and creased if not handled carefully. The Ghostface mask that dominates the front of the poster is also raised and sculpted, giving it a wonderful three-dimensional effect as it emerges from the black matte background.

At first I assumed that it was designed to be slotted into lightbox displays outside the theatres, but the lettering on the front is printed exactly the same on the back just NOT in reverse as you would expect, so when a light is shined through it the words ‘clash’ and become hard to read. What isn’t a problem is the mask, which looks STUNNING when illuminated from behind with a soft light (see below). 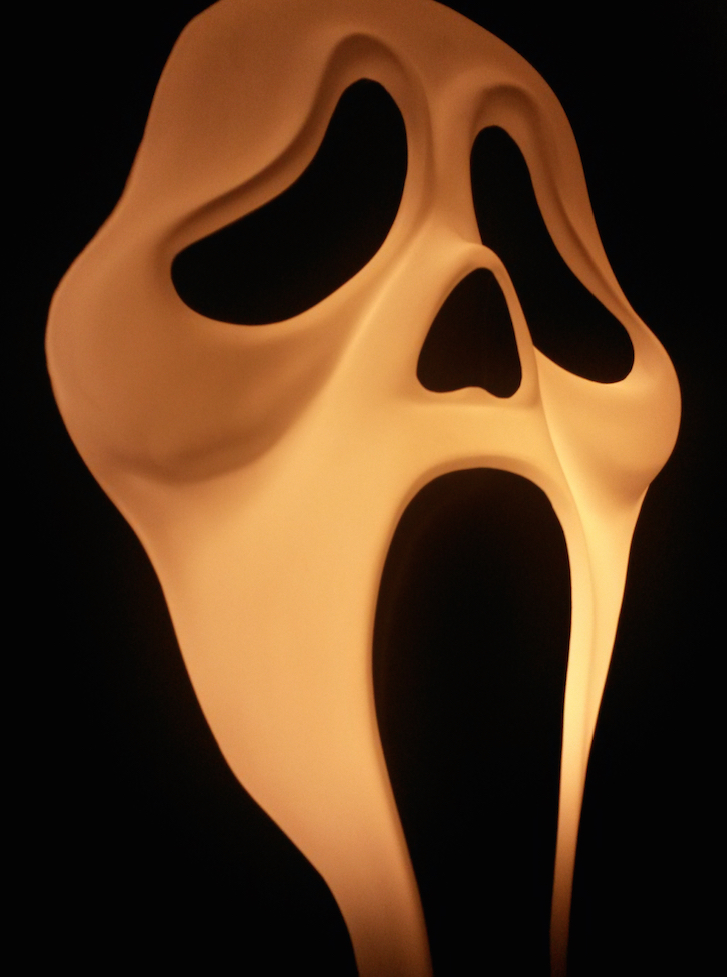 I wouldn’t say I’m an avid collector of Scream merchandise in general, but I do love Ghostface visually, and it goes without saying that I LOVE posters, so finding one of these became a bit of an obsession for me last year. I don’t deeply crave owning things very often, but this called to me like a fucking Siren!

I first became aware of its existence when I stumbled into some old posts from a Scream message board which dated back to 2011. A member had started a thread where they were excitedly talking about purchasing a “3D German Poster” but all the picture links were broken, so I did a little searching, eventually discovered a few low quality images, and declared “I WANT THIS” to my girlfriend who has heard those immortal words far too many times before! I basically tasked the poor girl with finding one for me as a Christmas present, but I didn’t do that just to make her life difficult, Oh no – I did it because she is GOOD at finding shit, and I mean VERY good!

Ebay was obviously the usual place to start, but after several weeks of searching we started to realize that this wasn’t an item that came up for sale very often. Nothing like it could be found anywhere, and I had to consider facing a future without owning that magnificent plastic poster! Someone on that forum post I mentioned above had talked about just how fragile these things could be, and considering they are now 19+ years old, it started to dawn on me that there was a good chance very few still existed in a collectable condition. I decided to dial down my desire to find one, told the little lady to ease up with her searching, and I moved on.

Of course you know what happened next!

Yup, just as we started to give up we found the damn thing, when my girlfriend began using an app called ‘Shpock’ which is basically a classified ads site which allows you to contact sellers directly and make offers.

She entered the word “Scream” in the search box, hit enter, and near the top of the results was a listing in Germany that featured the poster for sale in what appeared to be pretty much perfect condition. Now, this Shpock place is in the very early stages of its existence, and unlike ebay there really isn’t much in the way of comforting protection for the buyer. We basically had to just message the seller to inform him we liked the price and “could we have it please?” Then we got a reply in very broken English that seemed to confirm that was all ok.

The funds were sent via paypal, and that began WEEKS of confusing information exchanges that just never seemed to come to an end. Everything from trying to explain that I wanted the poster to be shipped in a very big box for protection, to false shipping dates that never happened… it was exhausting. 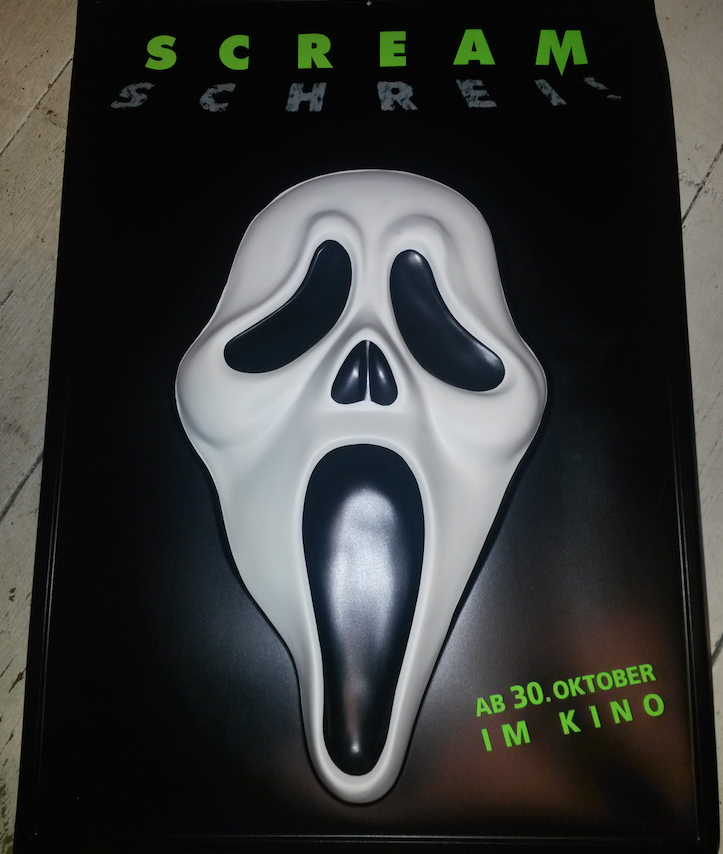 I think in total it was about 8-9 weeks later that the wait finally came to an end, with the arrival of the poster within two large boxes that had been Frankensteined together with copious amounts of tape and black plastic wrap. One corner of the poster had sustained some minor creasing during the journey, but overall the condition was seriously good, and I must say the seller made a valiant effort to protect it even if he did come up a little short.

I had to wait until Christmas to properly get my hands on it, but this is an item that was definitely worth the wait and all the trouble we went through to get it. I’m a collector who thrives on owning things that are unusual, different and just look COOL, and I think this ticks all the boxes. I love the fact I can still discover things I didn’t know existed after all these years lurking within the horror community, and this was a sheet of plastic definitely worth fighting for! 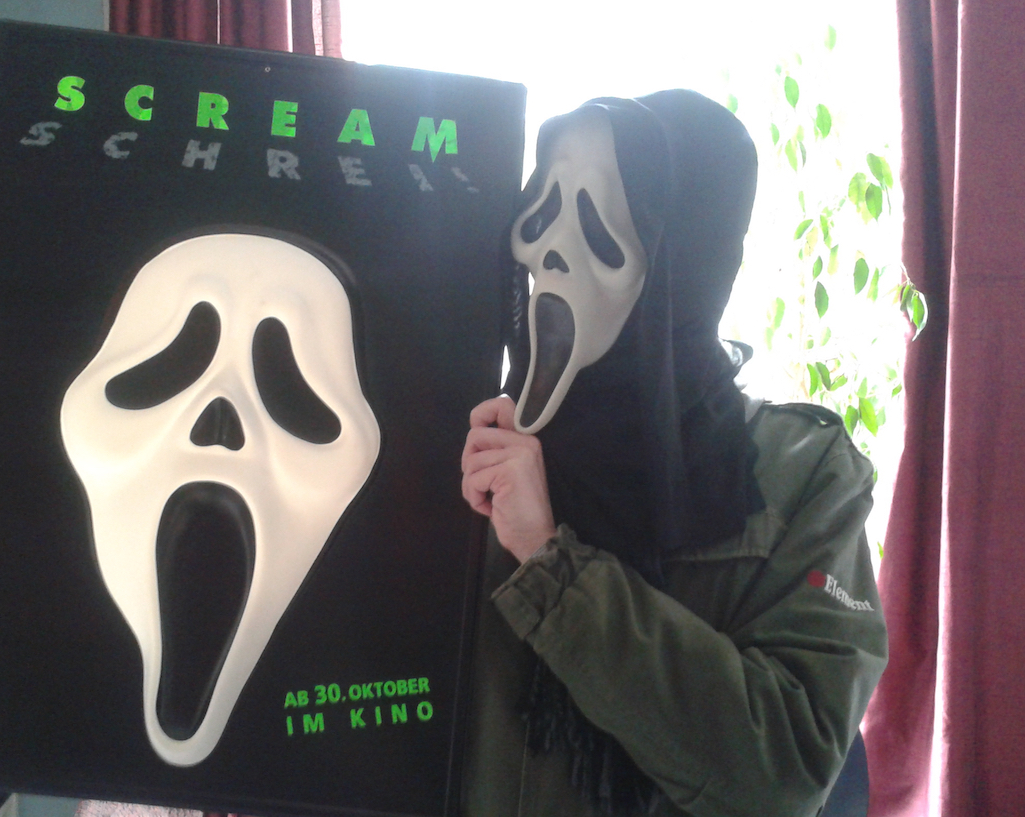