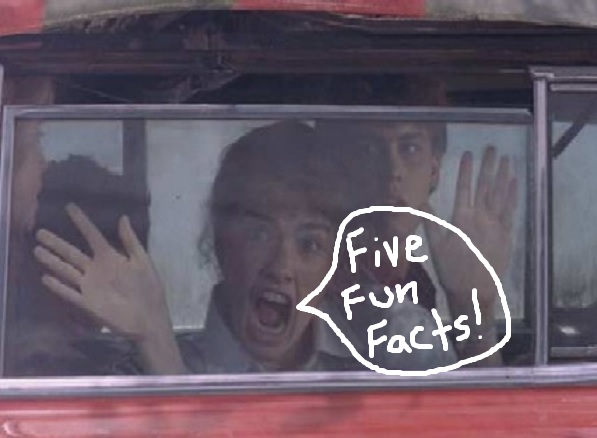 In our ongoing attempt to offer up as much love to A Nightmare on Elm Street as we possibly can this year here on Halloween Love, in honor of the 30th anniversary of its theatrical release, we now give the film the Five Fun Facts treatment, which will hopefully inform you about a thing or two you didn’t know about Freddy’s debut.

And hey, today is Robert Englund’s 67th birthday, so this post is extra timely and topical. Happy Birthday, sir! 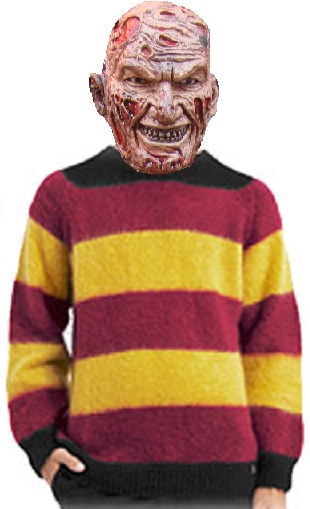 1) In Wes Craven’s original Nightmare on Elm Street script, Freddy’s sweater featured the alternating colors red and yellow, as opposed to the red and green the character of course became known for wearing. Craven changed his mind about the color choice when he learned that red and green form the hardest combination of colors for the human eye to process, which he figured would be the most fitting colors for Freddy to rock.

If you’re wondering why he made the decision to give Freddy a striped sweater in the first place, that’d be because he wanted him to have the ability to shape-shift, and knew that if he wore a sweater with two distinct colors on it, it would be easy for a particular form to be identified as Freddy – simply by making those two colors prominent on whatever form he took on. 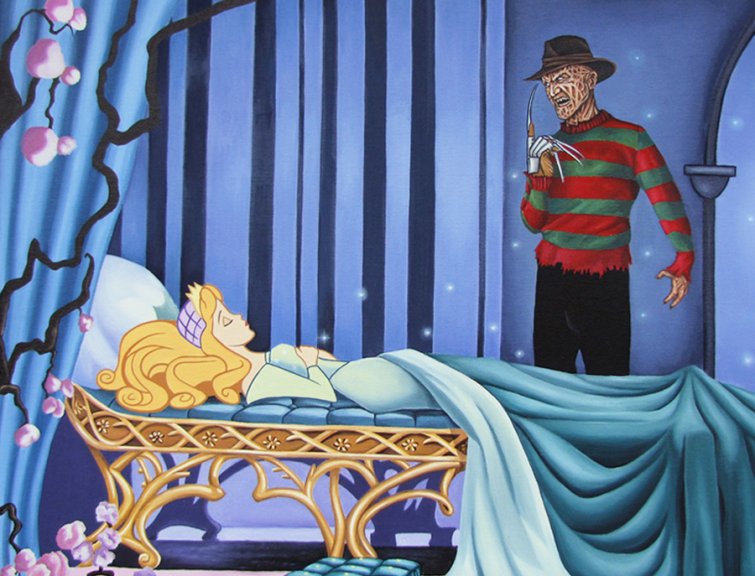 2) One of the first studios to show interest in Craven’s Elm Street script was Walt Disney Studios, who allegedly asked him to tone down the content, in an effort to make the film more kid-friendly. Craven declined the offer and the film was eventually made by New Line, helping to put the studio on the map. A Disney-made Nightmare on Elm Street… imagine that?! 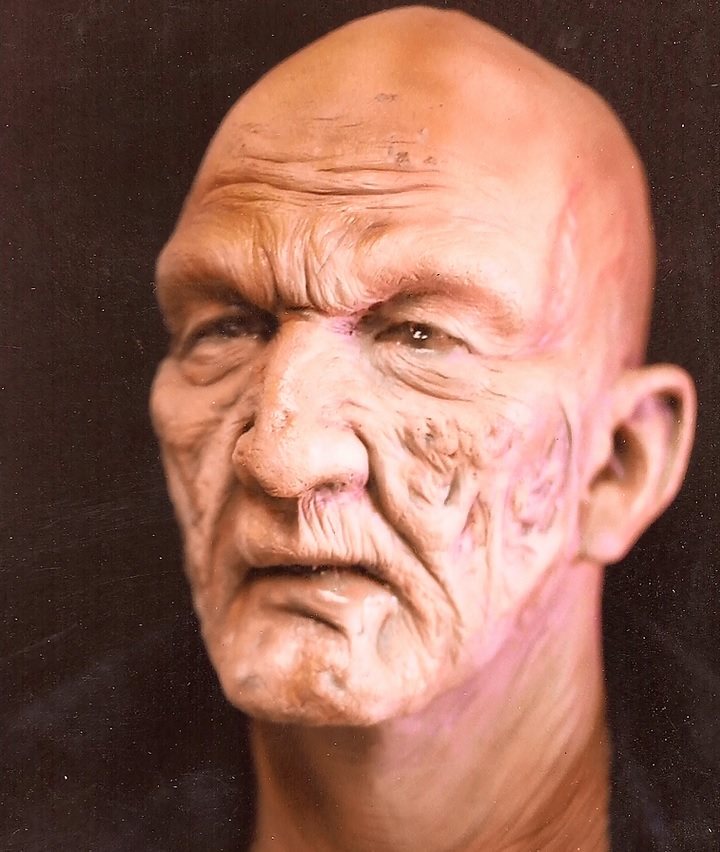 3) Believe it or not, the original choice to play Freddy Krueger was not Robert Englund but English actor David Warner, who had previously played Jennings in The Omen. Warner was cast in the role and the original makeup tested on his face (above), but he ended up dropping out due to scheduling conflicts, at which point Englund came in for an interview and took over. As you can see by the test shot above, the original Freddy makeup was much more aged, because Craven had originally planned on Freddy being an older character. 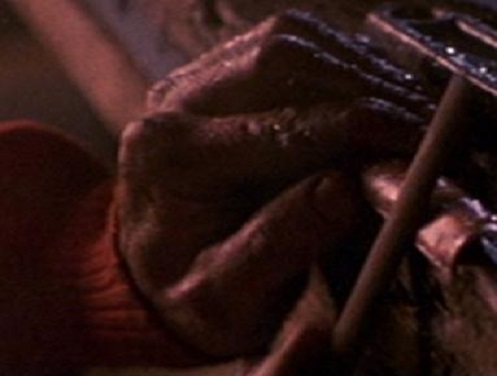 4) On somewhat of a related note, did you know that Freddy wasn’t actually played by Englund, the first time we ever saw him on screen? During the opening credits, Freddy is building his iconic glove, and the hands seen during that sequence belong to special effects artist Charles Belardinelli. Story goes that Belardinelli was the only one who knew how to properly build the glove – a former carpenter, he helped design it – and so his hands were used as a double for Englund’s. 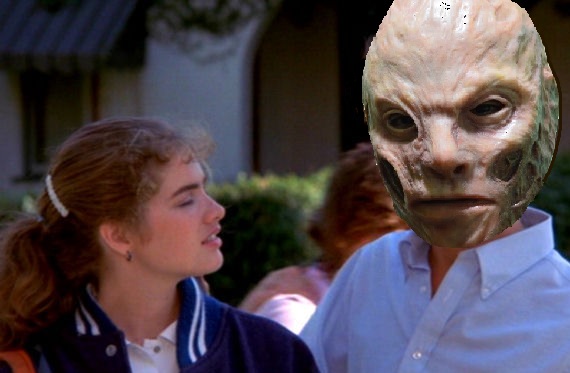 5) In a very interesting twist of fate, Johnny Depp went to the Nightmare on Elm Street auditions with his friend Jackie Earle Haley, who was vying for a role in the film. Of course, Depp ended up landing the part of Nancy’s boyfriend Glen, while Haley didn’t make the cut. Years later, Jackie Earle Haley was cast to play Freddy Krueger in the Nightmare on Elm Street remake. Yep, the remake Freddy auditioned to be killed off by the original Freddy, decades prior. How crazy is that?!