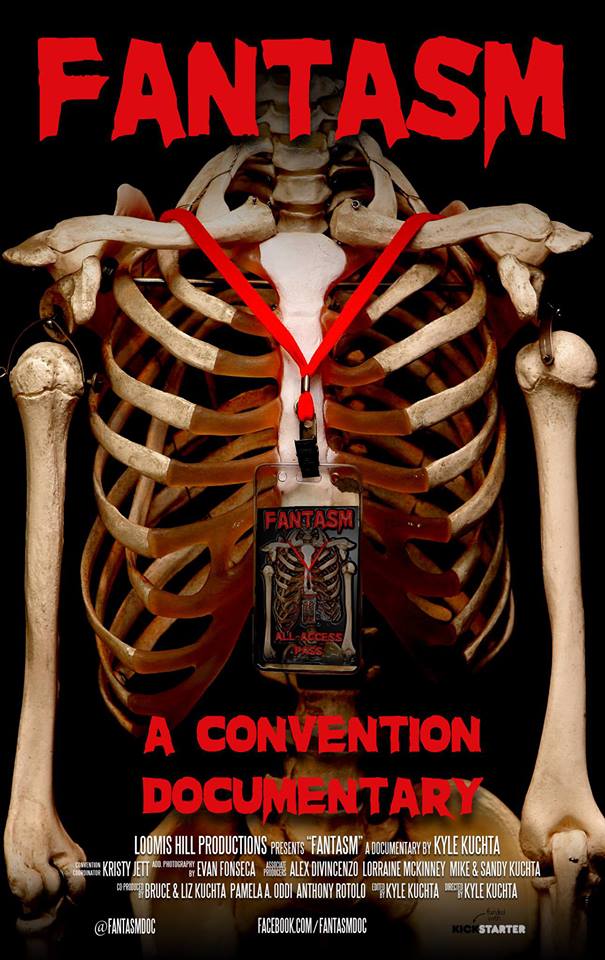 I’ll never forget the first time I attended a horror convention. It was Maryland’s annual HorrorFind Weekend event, in August of 2005. I was 19 years old, with my dad by my side. And neither of us had any idea what we were getting into… in the very best of ways.

Though horror conventions were nothing new back in 2005, that incredible weekend-long event was nevertheless my first introduction to the scene, and in the subsequent years I’ve attended more of those whacky hotel gatherings than my empty wallet cares to admit.

From the vendor tables cluttered with cool merchandise to the rooms full of horror icons, a young horror fan like myself had absolutely no choice but to fall in love with the convention scene – but honestly, it’s neither of those things that has kept me coming back to HorrorFind and other east end conventions, year after year.

I’m now 26 years old and the truth is that I’ve become jaded over the years. As it always does, life came along, while I was buying watching horror movies and shooting the shit with Kane Hodder. Nowadays, I’ve got more important things to spend my money on than toys and autographs (okay, so I still buy toys), and the thrill of quick chats with guys like Hodder has admittedly waned a bit in the past seven years (okay, so it’s still awesome).

So why do I keep going back, even though I’ve ‘been there, done that’? Because of the people. And not the people I have to pay to hang out with.

There’s something really special about spending a weekend in a hotel that’s full of people that have the same passions and interests as you do, and it’s that camaraderie and family-like environment that I’ve grown to love so much about the convention scene. Horror conventions truly do feel like a second home to me, and I can’t even tell you how many great friends I’ve met in the years since I started attending them.

One of those friends that I recently had the pleasure of meeting was Kyle Kuchta, a fellow life-long horror fan who also got bit by the convention bug, so to speak. Kyle has spent the last several years exploring our collective fascination with horror movies, and our desire to gather in hotels and bond over those shared interests, and he’s come out the other side with an hour-long documentary called Fantasm.

Funded on Kickstarter back in 2012, Fantasm is now available for viewing for the very first time, and it’s totally free of charge… for a limited time. Though the documentary will soon find its way onto DVD, Kyle has put it up for instant viewing over on the website New Hollywood Online Film Festival [removed — available on DVD], and now through February 28th, you’ve got the chance to watch it. All you’ve gotta do is sign up for the website, which is totally free and takes just a couple seconds.

I watched the doc earlier today and as someone who’s been to more than his fair share of conventions, I can safely say that Kyle and his various interview subjects totally managed to nail precisely what it is about the convention scene that I – and so many of my fellow horror fans – love so much. More than anything, horror conventions are about feeling like you belong, and hanging out with the people that belong in that same twisted little community that you do, and Fantasm serves as an insightful, energetic and entertaining document of that intangible feeling of joy that comes along with being a part of that horror convention family.

Sometimes it can be very hard to put into words exactly what it is you love about something, and I’m so glad that Kyle made this documentary, because it quite frankly made me realize things about the scene, and the whole of the horror community, that I never even realized. At one point he says that making the documentary helped him to better understand his own personal love for horror movies and horror conventions, and I feel exactly the same way, after having sat down and watched his journey play out.

Unfortunately, the internet has turned every aspect of life into something negative, and the horror community has suffered greatly as a result. I can’t tell you how often I see horror fans arguing about movies and criticizing one another for liking things that they personally don’t, and it’s quite frankly gotten to the point where I sometimes wonder why the hell I’m even a part of the community. Fantasm is an absolute breath of fresh air amidst all that negativity, a short but sweet tale of acceptance, finding your place in this great big world and bonding with your fellow human beings… no matter how much you might disagree when it comes to the merits, or lack thereof, of the latest big screen horror remake.

Whether you’ve ever attended a convention or not, you owe it to yourself as a horror fan to take an hour out of your day and watch Fantasm. Though it will of course hit home a lot harder for you if you’re a part of the scene, and know some of the people whose insights fill out the doc, it’s nevertheless a delightful little slice of the horror fan life, which each and every one of us can relate to and enjoy.

Thanks for the reminder that the horror community isn’t always such a negative and nasty place, Kyle. I owe you a drink, next time we cross paths on the convention scene.