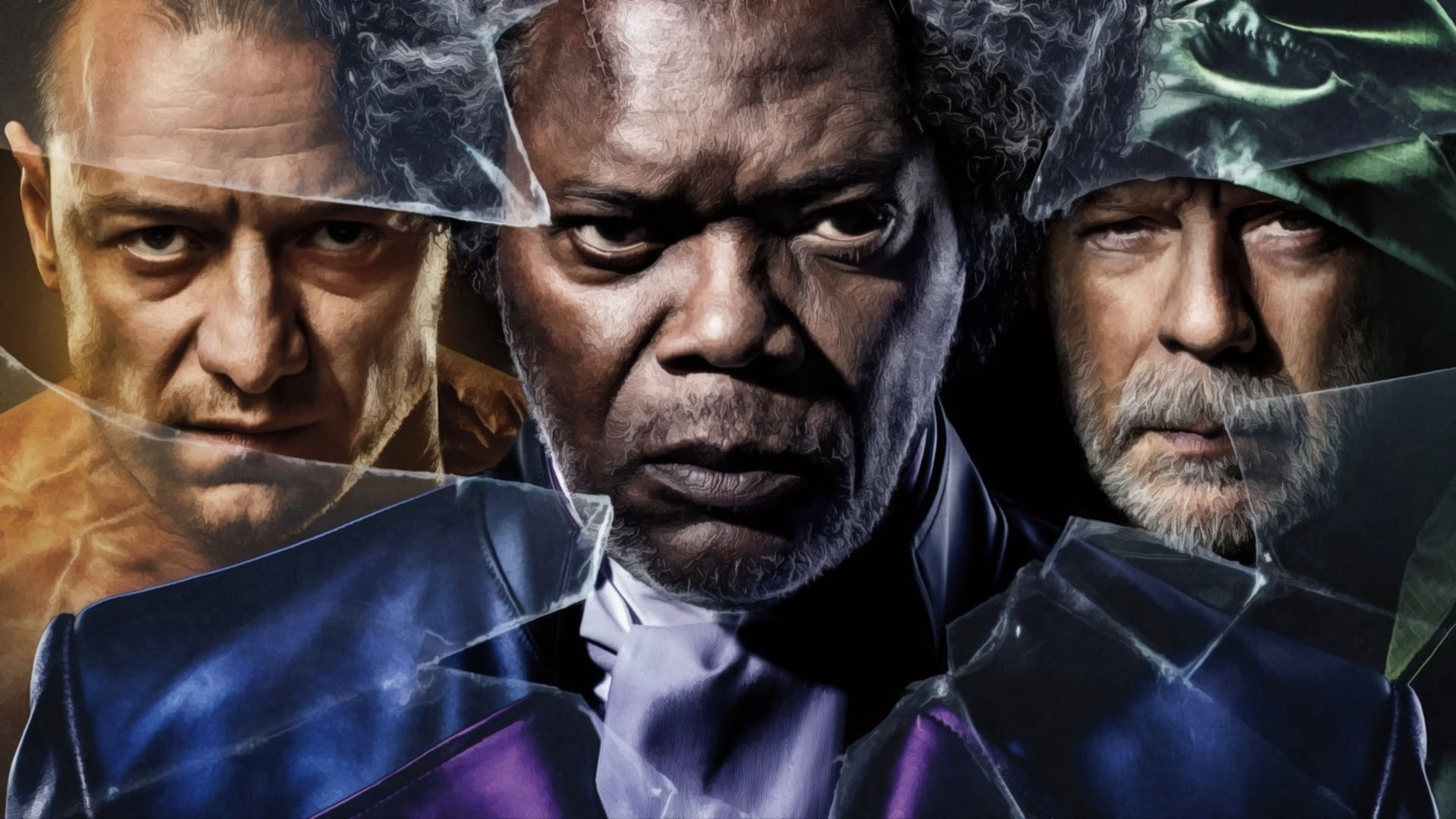 I loved every moment of every film (Unbreakable/Split/Glass) in the Eastrail 177 Trilogy.

Now that this trilogy is complete, I’m going to have to think long and hard about where it fits into my “Best Movie Trilogies of All Time” list. I think it might actually make the top 10.

Of the the 3 movies, I think Split has to be my favorite. I just related to the material more, on a visceral level, and the stealth sequel aspect of it, something I carefully avoided spoiling in my review from 2 years ago, was pretty fucking cool, man.

Curse of Chucky was able to pull this off 3 years earlier, as well as others, but nothing quite on this level, I don’t think. It was an entire movie that seemingly had nothing to do with the Unbreakable universe, then all off a sudden, at the very end of the movie, we see Bruce Willis talking about Mr. Glass. I thought the movie was already amazing all on its own, but this “What the fuck?” factor sent it through the roof.

While I love the M. Night Shyamalan signature twist ending (which I think all 3 films here deliver on well) as much as the next person, I also empathize with the man, with what must amount to a mountain of stress and pressure to deliver some grand twist to the audience in order for the movie to be a “success.” To be pigeonholed to this. Personally, I’m far more critical of audiences than I am of art. To make and release any kind of art into the public eye requires courage; to shit all over it requires nothing.

Admittedly, I never saw The Last Airbender or After Earth, but only because I wasn’t particularly interested in seeing those movies, genre-wise. Not because I considered M. Night to have “lost it” or become “washed up,” or whatever else the mob who were once fans, turned on him to shout.

I also take issue with the concept of “making a comeback” or “returning to form.” While I enjoy the M. Night formula, I certainly don’t demand it, nor am I upset that an artist has the audacity to attempt something different to try and break out of what essentially is typecasting. I would actually love nothing more than to see him make a simple human story, small-budget, no mystery, or twists, just a straight story, and receive accolades for it.

But, even that has its problems. This idea of success, either that something makes a lot of money, or that it receives awards being the only measure of success is an extremely limited way of looking at it. Getting a movie made at all is a success all on its own, and regardless of what anyone else thinks, if an artist stays true to their vision and creates what they want, that’s another kind of overlooked success.

As far as what the zeitgeist thinks, it doesn’t really matter. Take any director, any actor, any artist, and look at their body of work when they die; there are going to be successes and there are going to be failures, and the same is true of your life and of my life. That’s it. But, people are so determined, excited really, to get to project their miserable lives onto others at any sign of weakness or failure. I heard an armchair psychology theory once that confident people actually compliment other people’s achievements, not criticize them.

But, business is business, no doubt about that, and regardless of what fans thought, Hollywood definitely lost trust in M. Night, and that trend is actually perfectly represented in the trilogy of films’ respective budgets:

Hollywood is fickle. Generally, as a business, they care about proven track records and proven formulas, with a “what have you done for me lately” kind of attitude toward directors and actors. While that’s unfortunate for art and idealism, it’s not wrong. I get it, it’s a business, and if they weren’t very shrewd with what to green-light and how big of a budget to allocate to projects, they’d go bankrupt, as many studios in the early days did.

With M. Night’s “value” going up again in the Hollywood system, I actually really hope that he doesn’t take studio money ever again, and continues to self-fund under his production company Blinding Edge Pictures. I’d love to see some more interesting TV projects get produced by the company as well.

I don’t and never will see the last two films of this trilogy as a comeback. I think he genuinely wanted to make this trilogy creatively, regardless, even if all of his previous films had been box-office successes, we still would have gotten the trilogy. He’s not kowtowing to what audiences and studios want or expect; I think he’s made the movies he’s wanted to make, and how he wanted to make them, all along. When you try to pander to audiences, it ceases to be art, and becomes merely a service, an exchange of goods for legal tender.

Finally, let’s not forget, there’s no such thing as “good” or “bad” when it’s all merely subjective anyway, which is also not fixed. Fans and studios alike mostly considered Lady in the Water to be the beginning of the end for Shyamalan, but it happens to be one of my favorites (and a movie I predict will have a cult following after 20 years of aging). Blade Runner was mostly hated when it was originally released. How ’bout them apples?