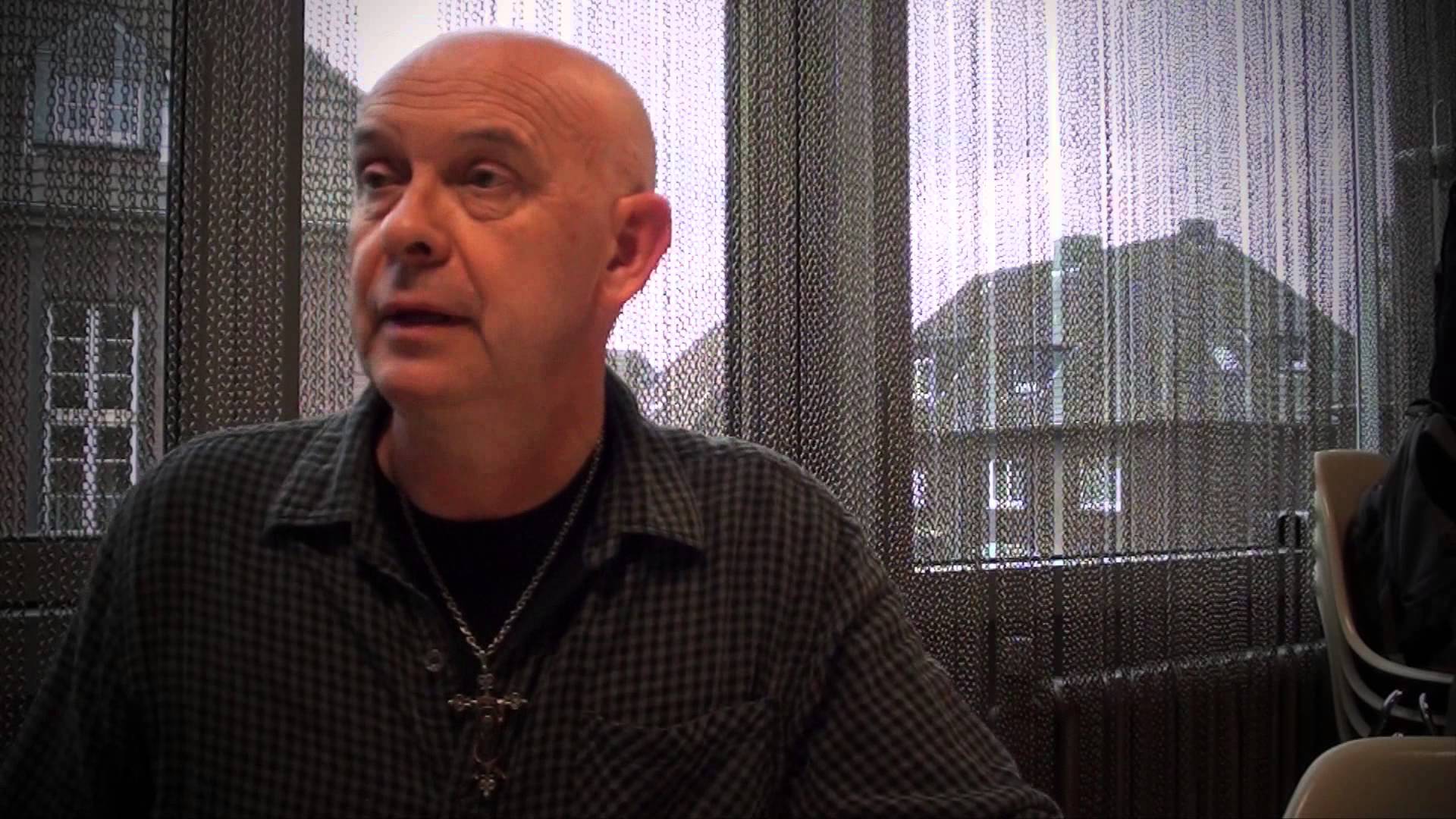 This past weekend I was fortunate enough to attend my very first horror convention, Days of the Dead Atlanta. There were amazing panels such as Texas Chainsaw Massacre 2 featuring Bill Moseley, Tom Savini, Caroline Williams, and Bill Johnson. It was as funny as it was informative. Stretch is Lefty’s daughter!! One panel stood out, however, for its candid peak behind the curtains – Doug Bradley.

Yes, the man that was (and is as far most fans are concerned) Pinhead took the stage to share his passion for the works of Clive Barker, to wax poetic on the art of acting, share stories from his very first day on set of Hellraiser, and to once again clear the air. It’s been no mystery that Bradley was not apart of the last film in the series, Revelations, nor that he stood out the upcoming film, Judgment.

What was interesting to me were the further details he revealed. Previous reports and quotes from the man himself have painted a picture that Bradley was displeased with Judgment writer/director and special effect wiz, Gary J. Tunnicliffe. These new insights prove Bradley’s beef is, instead, directed mostly at Dimension Films.

Bradley started by explaining the fiasco that was Hellraiser: Revelations:

“I got a call from Gary Tunnicliffe and not Dimension. It was clear to me that the reason the movie was being made was because Dimension Films was about to lose the right to the franchise if they didn’t have a movie in front of the camera by September. And I’m getting this phone call in the middle of July…

…I’m getting the call six weeks before the movie has to be in front of the camera. At which point, there’s no script, no cast, no crew…it’s not gonna work. Plus, they were only prepared to spend about one-hundred-fifty thousand dollars…so I was immediately minded to say ‘no.’

My reaction was ‘fuck you.’ You’ve actually been nothing but bad for the franchise since the day you got involved…You care so little about your franchise. You’ve gone right up to the edge of the cliff to lose the rights. Well, you know what? Maybe you should lose the fucking rights, and maybe they should go to someone who gives a shit (at this point the audience erupted into applause).How about that?“

On receiving another phone call from Gary about Judgement:

“…Around about Christmas, 2015, I get a phone call AGAIN from Gary Tunniclife…’We’re making another Hellreaiser film.’ It’s immediately evident that the movie is being made again because if they don’t have a movie in front of the camera by blah, blah, blah – they’re going to lose the rights to the franchise…

I went around with Gary and asked him why in the fuck he was doing this…Gary was talking his movie up a lot and I said ‘Okay. Send me the script.’ I got a non disclosure agreement which forbids me to speak about the screenplay…I hope it’s not egotistical of me to feel someone who’s been pretty much front and center of the franchs for 30 years and has been in possessoon of something in the region of a dozen Hellraiser scripts, now I’m a security problem?“

Now this is where things get more interesting. A lot of fans seemed to react negatively to Bradley’s refusal to sign the NDA for Judgement. After all, an NDA is fairly standard in “the biz”, and surely Doug Bradley was no stranger to them.

“It was a weird non disclosure agreement, I’ve had them before, I’ve signed one since, they’re usually about half a page, they don’t mention you at all, they assert the producer’s intellectual copyright in the piece, the character, plot, blah-blah-blah, and that’s it. Fine. Of course, sign, done. This was WEIRD. Initially, because Gary has a fairly dark and mischevious sense of humor and I wouldn’t put it past him, my first response was this is a windup.

First of all, it ran on for about 3 and a half pages, and it was written in kind of silly legalese. It was telling me that I was not allowed to discuss the screenplay in restrooms, in restaurants, in elevators, or in cellular telephone conversations which may be overheard. Now if you put together restrooms, restaurants, and elevators – it seems to me you get a hotel. And there was a further reference to people speaking out of turn at conventions. I thought ‘Oh, alright. Bitch, okay.’ And so, if anybody wants to join me in the restrooms after the Q & A, I will be happy to discuss parts of Hellraiser: Judgement (an obvious joke that had everyone laughing). Who does that?!

I’m taking a piss and you arrive in the stall next to me. ‘Hi mate!’ Hey, I’m gonna be in the next Hellraiser movie!’…Also made me liable for a million dollars if in anyway [I] was deemed to have jeopardized the intellectual copyright. I spent about a day looking at this thing and…no offense to Gary that I’m talking to him all the time…and NEVER spoke to anyone from Dimension Films, I said to him ‘I’m not signing this’ and his response was ‘I’m sorry you feel that way,’ and apparently they started recasting Pinhead the next day.“

He did express that perhaps things would have been different if Dimension had only called him to suss out the details of the NDA. He stated, “I can’t pass judgement on Judgement. I haven’t seen it.” He also noted the irony that despite all the trouble with the NDA, he was not the one to spill the beans on the project. It was actually actress Heather Langancamp who let it slip during a radio interview.

Finally, Doug Bradley was asked his thoughts on the new actor, Paul T. Taylor, replacing him in the role of Pinhead:

“He did a convention somewhere in TX last year…he signs his 10×8’s ‘See you in hell’. I wish I’d thought about that!“

Hellraiser: Judgement will hopefully see the light of day sometime this year. As far as its quality? Well, it sounds like we’re all as in the dark as Pinhead himself. Here’s hoping it’s the surprise sequel we’ve been waiting for.