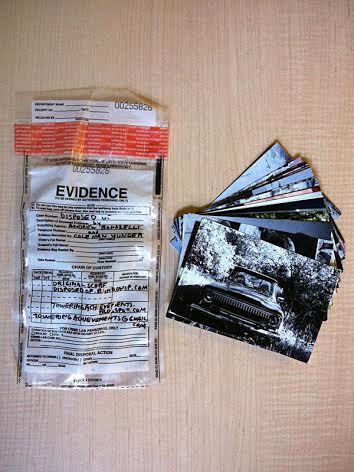 Last week, a friend of mine brought to my attention a recently released book called Disposed Of, which immediately caught my attention and compelled me to buy it.

Not because of the premise of the story, mind you – which I honestly didn’t even read before I clicked the ‘Order’ button – but rather because of the unconventional manner in which the story was being presented, by author Andrew Bonazelli.

I’m a big believer in the idea that presentation is key, whether we’re talking about a movie or a bottle of whiskey, and the presentation of Bonazelli’s story was unlike any I had ever seen before.

Told through a series of 31 postcards, which feature vaguely related photographs on front and the hand-written ‘story’ on back, Disposed Of is the tale of a suicidal middle-aged woman, whose 18-year relationship with the love of her life has just come to an end.

Written by the woman, and intended for her ex-lover, the story presented over the course of the postcards centers on a road trip fueled by her desire to stalk a young couple, whose love reminds her of the love she has freshly lost.

Further adding to the alluring presentation of Disposed Of is a 14-minute audio track, available for free online, which features an original score as well as a narration of the whole story, courtesy of the fictional character who wrote it. Oh and did I mention that the postcards come packaged inside of a plastic police evidence bag? But of course they do!

The whole story is wonderfully presented all around, with Bonazelli doing everything in his power to make the experience as immersive and real-feeling as possible. While reading the postcards, which are full of crossed-out errors and insane ramblings, you really get the feeling that what you’re reading could very well be the twisted hand-written love notes of a depressive suicidal woman, uncovered in a dirty backpack you found lying in a ditch somewhere.

That right there is the strong suit of Disposed Of, which is one of the more unique stories I’ve ever read; the presentation really allows for you to become fully immersed in the story, the same way a well done found footage film makes you feel like you’re a direct participant in the action. 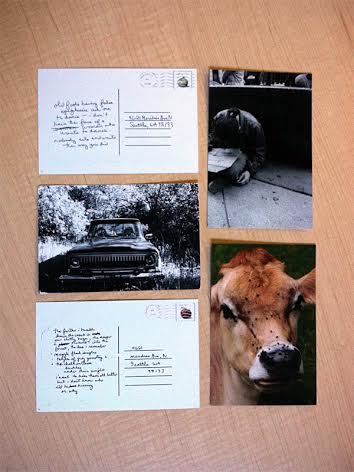 Of course, the story itself is as unconventional as the way it’s told, which is sure to throw off many readers. If you’re looking for a fully fleshed out tale that makes complete sense, is easy to follow and has a neat and tidy resolution, you’re probably going to want to look elsewhere. Like real diary entries you’d find in a shoebox underneath a suicide victim’s bed, Disposed Of is not the most coherent of stories, and thus the experience of reading it is more about the unsettling feeling it gives you, than anything else.

Much the same way the story is somewhat hard to follow, many of the words on the postcards are hard to read, though both things ultimately only add to the authenticity of the presentation – after all, if it were presented like a typical story and the writing was all clearly legible, it’d kind of defeat the purpose of the whole thing. And again, there’s an audio track available that reads the whole story to you, which is a good listen in the event that you’re having a hard time reading it for yourself.

I must commend Bonazelli for the incredibly unique storytelling approach on display here, which is quite chilling and very effective. From the evidence bag packaging to the postcard execution and the original score, Disposed Of is a truly original piece of art through and through, one which will surely be appreciated by those who are looking for unconventionally told stories. It’s certainly not for everyone, but it’s only $8, so it’s at least worth finding out if it’s for you.

A paperback version of Disposed Of is available over on Amazon, with the ‘Evidence Bag Edition’ exclusive to Towering Achievements, the art collective Bonazelli helped found.

Dig in. Get unsettled.