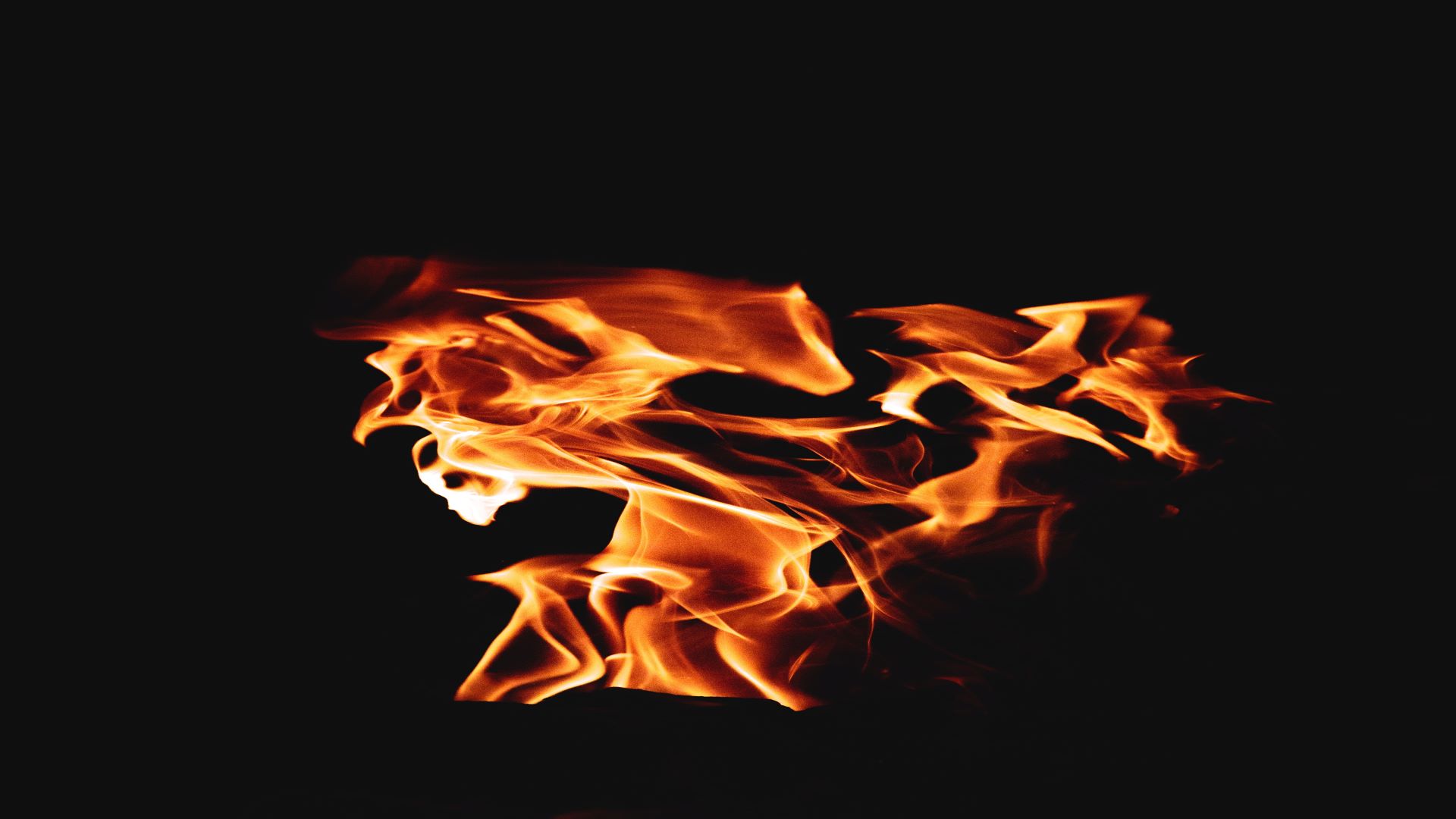 The human body has to reach a temperature of about 3,000 degrees in order to be reduced to ashes. Spontaneous Human Combustion (or SHC as I shall be referring to it today to reduce finger fatigue) is when a human being catches on fire without a detectable ignition point or fuel source. In most reported cases the extremities of the person and their surroundings do not show signs of being burned but rather just their torso, upper arms and upper legs. The fire is believed, by some, to start internally, and burn it’s way from the inside of the body, out.

SHC typically causes the person to perish, but when I was a teen I do remember seeing a special on Discovery or The National Geographic channel where they interviewed a man who believed that he was able to put himself out after SHC started to work its way through his body. To my knowledge, there has been only one case of SHC that was cited as the official cause of death on any modern death certificate. In the research I’ve done most modern sources state over 200 supposed cases of spontaneous human combustion have been reported worldwide, but I was unable to find a comprehensive list.

I am not sure if it was from that season one episode of The X-Files or maybe from me sitting on the floor reading my step-mother’s copies of the Mysteries Of The Unknown book series, but I have been aware of and fascinated by the phenomenon of SHC since I was pretty young. To be honest, I thought it was a rare, but proven medical science fact that it happened.

Only within the last 10 years or so did I learn that it’s not a medically-documented occurrence and some people dispute it even being real. Even now knowing that some people don’t believe in it, I am still terrified about it happening to me or someone around me. Every time I feel a strange heat in my body a little voice in the back of my head screams “Don’t combust!” Granted, I do not believe that it is truly spontaneous in the way of it “being without premeditation or external stimulus.” Rather, I believe that something causes it, be it a chemical imbalance in the body and a heat source nearby or the ball lightning and wick effect theories. Something we can study with science is at work here.

Over the years, I’ve seen a lot of mentions to the story about when, in the 19th century, after Charles Dickens used SHC to kill off one of the characters in his novel Bleak House, critics shamed Dickens for validating something that didn’t exist. He pointed to research he had done, uncovering historical cases. However, I have not been able to find this “Dickens List,” despite efforts that included talking to a local librarian who thought I was pulling her leg.

The earliest account I could find of spontaneous human combustion dated all the way back to the mid-1400s, as written about by a Dutch doctor in the mid-1600s. The tale is of Polonus Vorstius, who is said to have chugged some wine and then after barfing up some flamage for a bit, his entire body became engulfed in flames. This was, according to the dutch doctor, a scene witnessed by many.

My favorite ye olde tyme SHC tale is that of Countess Cornelia DiBandi. The Countess, who lived in the early 1700s, was found between her bed and her window one morning by her loyal maid, with everything except her lower legs, lower jaw, and some fingers burned to ash. She had apparently gotten out of bed to open the window in the middle of the night and combusted before she could reach the window.

The account of the state of her suite is pretty gnarly: The Countess’ body lay reduced to a circle of ashes, three blackened fingers, two lower legs still in her stockings and, on the floor between the legs, a large roasted portion of her skull. The ashes left a “greasy and stinking moisture” on everything it touched, including the skin of those investigating the scene. Candles in the bedroom as well as a few in adjoining parts of her home, had melted and left behind unburned wicks and puddles of wax.

It was reported by several news sources across the world that in 2010, an Irish coroner ruled that Spontaneous Human Combustion caused the death of 76-year-old Michael Faherty. Mr. Faherty had been discovered dead, with some major organs and bones turned to ash, lying on his back in a small sitting room.

The fire itself had apparently originated on and stayed centered to Faherty’s body, with just the floor beneath and the ceiling above showing burn damage; in the rest of the house there was only smoke damage.

A box of matches on the mantel, a cell phone, and an electric razor in the same small room were undamaged by heat or flame. Samples of the body and surrounding area turned up no evidence of accelerants, and due to the extent of the fire damage to his body, an exact cause of death could not be determined.

The first “real life” case I remember hearing about, and what I think of when someone says “Spontaneous Human Combustion,” is the death of Mary Reeser. You’ve probably seen the black and white photograph of a burned chair, walker in front of it waiting to assist the occupant of the chair to stand, with a single lower human leg, foot still attached with shoe on, lying on the floor nearby.

This to me is the quintessential image of SHC. In 1951, in a boarding house style apartment, in Saint Petersburg, Florida, the Landlady came to deliver a telegraph for Mary around 9am. When Mary did not answer her door, and the knob was hot to the touch, the landlady became concerned, and summoned some passersby from the street to help her bust in.

Upon entering, they discovered an unusual and frightening scene: The only portion of the apartment that was charred was the small corner occupied by Mary Reeser’s easy chair, and what appeared to be parts of Mary Reeser herself. Only burned coil springs remained of the chair and Mary’s 150+ pound body had been reduced to less than ten pounds of charred ash and biological material.

Only her left leg remained intact, shoe and all, burnt off at the knee, but otherwise undamaged. They also located her liver fused to a lump of vertebrae, and her skull which had somehow shrunk to the size of a baseball. The remainder of her apartment showed signs of heat damage and, as with the Countess in the 1700s, the walls were covered with a greasy soot and candles in the room had melted completely, leaving only the unburned wicks behind.

I’ve heard several different explanations for Spontaneous Human Combustion, based in science, that could be studied. One that most horrifies me is ball lightning, which is basically what it sounds like, a floating sphere made up of electricity caused by an atmospheric electrical discharge. Little is known about ball lightning despite attempts to study it in various laboratories across the world for over 100 years. What I do know for sure is that if ball lightning formed inside or very near you, it would probably cook you from the inside out.

There’s static electricity and ethanol blood content which, with my rudimentary understanding, is when a friction spark is just enough heat to get you burning if you’ve spent the better part of your life pickling yourself with a drinking habit. I’ve also heard this but instead of alcohol the agent is the acetone your body produces caused by ketosis or illness.

Another one that seems very feasible is the wick effect, which relies on some external flame catching you on fire hot enough to start your body fat, skin, and clothes burn-melting like an inside out candle, but there’s not enough oxygen in the room to actually keep flames fed so you just smoulder like an incense stick or the last log in the fireplace after bedtime.

And of course who could forget the possibility of all the methane in your intestines igniting due to a small spark? Don’t hold that flatulence in, my friends.

Really, you could mix and match all of these possibilities and probably get a convincing and horrifying SHC scenario.

What My Friends Think

Do you believe in Spontaneous Human Combustion?

(Shares appreciated, I'd like to get a wide audience's answers)

I asked a while back on my Twitter “Do you believe in Spontaneous Human Combustion?” The results were, of 64 votes, 56% do not believe. This surprised me a little! I asked my close friends and family here at home and the only one who said “No” was my significant other who then asked me if I really thought people just “poof, burned to death.” I struggled to explain, feeling flustered, that I thought it was scientifically explainable. Admitting that certain factors that are involved in the process would technically render it not so spontaneous as the external stimulus of static electricity or a lifelong drinking addiction makes it technically just “Unfortunate Human Combustion.”

As always, I would like to end by asking what do y’all think? Do you lay awake at night worrying about one day burning from the inside out? Do you think some of the stories are sensationalized or based in antiquated fears? Did you like to gross out your friends by showing them pictures of supposed Spontaneous Human Combustion crime scenes when you were a teen? Let me know!