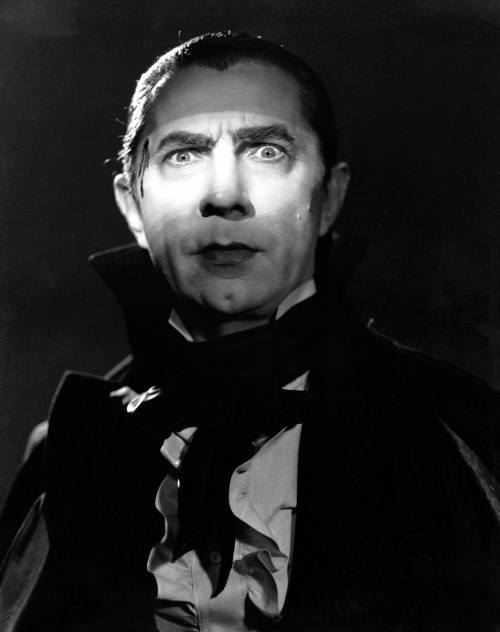 While vampires have taken some interesting twists and turns throughout its lifespan, the mythology of the vampire dates as far back as the early 16th century. The first recorded usage of the word ‘vampire’ can be traced to 1734, in a travelogue titled Travels of Three English Gentlemen. However, the term ‘vampyre’ goes even further back. Even before there was an attribution to our familiar term ‘vampire’ or ‘vampyre’, behavior we commonly think of in our vampires was accredited to demons and evil spirits — even the Devil. And even before then, references of ‘upyrs’ or ‘upirs’ went back to the 1000’s.

While vampires had been heard of before the 16th century, it wasn’t until then did they begin to grow popular — especially throughout western Europe. Hysteria spread all about Europe — involving staking of corpses, salt poured around coffins to keep them in, and notorious vampire accusations. Later, tales of sheep being murdered from slit throats and drained blood began to circulate about Ireland and northern England. In the late 1800’s, Bram Stoker published Dracula and helped shape the modern image of the vampire. Beforehand, they were often thought of as bloated, dark creatures. After Bram Stoker’s “Dracula” and John Polidori’s “The Vampyre”, more images of pale, gaunt vampires began to circulate. Along with Dracula came the idea that they were fanged and destroyed by sunlight, which is not concurrent with older vampire folklore. 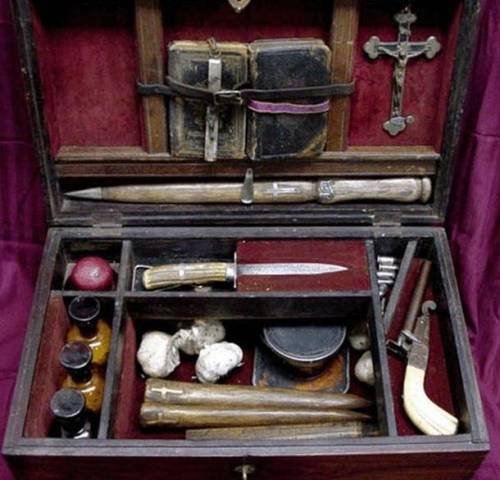 Various theories about vampires have passed to and fro throughout history, making a general image of a vampire somewhat unclear. While the staple of blood drinking has remained firm, many other ideas have been bounced about, including finding danger in garlic. This aversion to garlic, some speculate, stems from the knowledge that it is a natural insect repellant (that’s right, have some garlic and mosquitoes will avoid you), and that it also represents long life and good health to many. Wild rose and hawthorn plants have also been known to ward off the evil vampire, and religious symbols such as a cross or holy water will also do the trick. The unholy beasts have even been thought not to be able to step onto holy ground, such as a church yard.

Another interesting note about vampire folklore is the ongoing theme of arithmomania — that is, the compulsive need to count. This began when people began pouring a circle of salt, seeds, or rice around a grave when they suspected a vampire would bloom from it. While this wouldn’t ward them off like garlic or holy water, it would slow them down — the theory being that the vampire would have to stop and count each grain before they could leave the circle. Even a more modern vampire – The Count, from Sesame Street – exacerbates this need (though his compulsion likely stems from his name, a reference to Count Dracula). 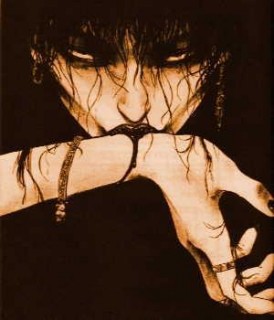 Vampires having no soul has been another common theme, which is why they wouldn’t reflect in mirrors. People often would hang a mirror, facing out, on their front doors to ward off the vampires. It was assumed that they did not cast a shadow nor a reflection, likely for the aforementioned reason. As they were unholy, the preferred wood for stakes were generally the holy variety, depending on the region: Oak, ash, or hawthorn. Sprinkling holy water was one way to prevent vampirisim, though dismembering, removal of the head, complete destruction of the body, boiling water poured on the grave, repeated funeral service, exorcism, piercing of the heart, mouth, or stomach with a stake, or hawthorne in the corpse’s sock were also effective (and the list goes on and on).

The history of the vampire spans over a great length of time, far back to bloated, bloodsucking beasts to the chiseled, beautiful, super powered creatures we know today. While some themes have remained relatively consistent, such as garlic, crosses, and fangs, others have emerged and disappeared through the years, including the bloated appearance and the holy water sprinkled upon the grave. Overall, though, these beasties have not ceased to fascinate me.

What’s your favorite monster, and what about them makes them so special to you?