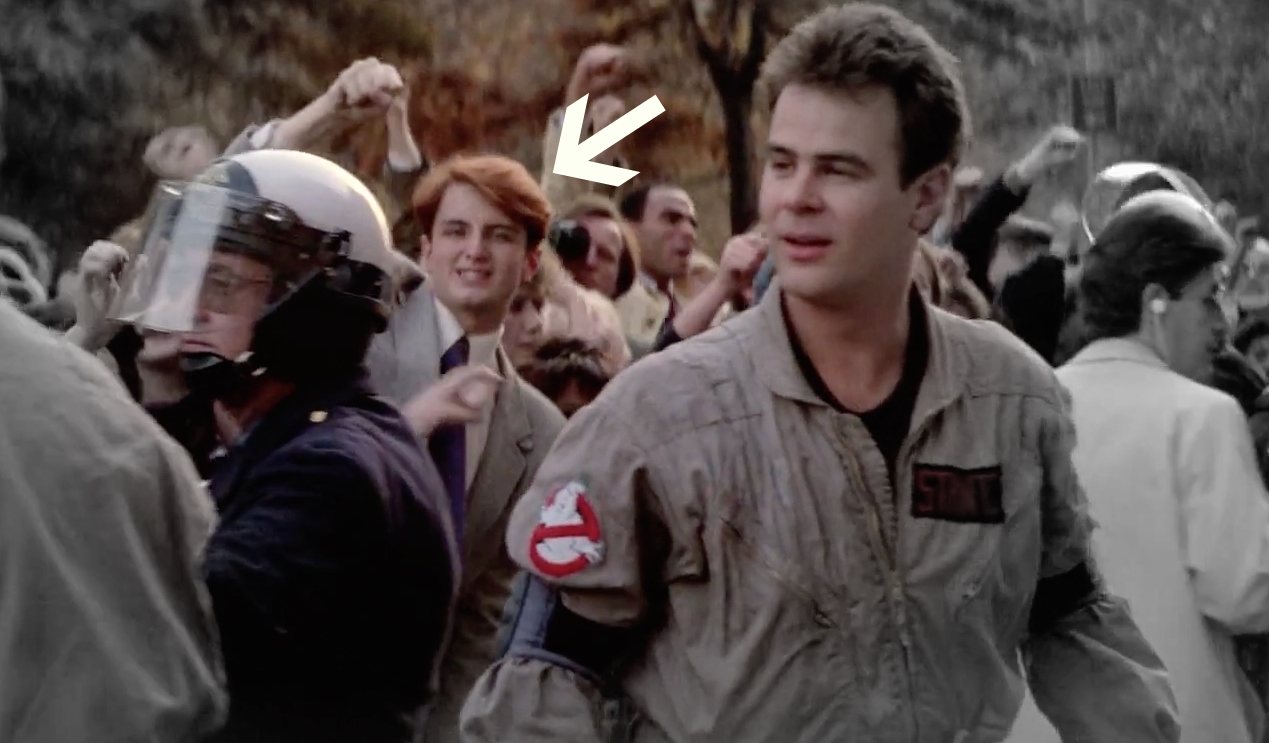 I’ve said it several times before, but for the purpose of this article it’s worth saying it again – Ghostbusters IS my favorite movie of all time across every genre. I personally dislike answering that question when it’s often sent my way but when you combine certain truths, the answer is clear and unavoidable.

If I were languishing on death row and was allowed to watch a movie with my last meal it would be Ghostbusters. My most memorable and enjoyable experience in a movie theater was Ghostbusters, opening day 1984. The movie that ignited my passion for film, horror and pop culture more than any other as a kid was almost certainly Ghostbusters – you get the idea.

I was 9 years old when it came out, and in my opinion that’s just about the perfect age to be exposed to the sometimes mature humor and gentle scares contained within. To me the damn thing is pretty much flawless, and I NEVER tire of watching it.

Of course that means over the years I’ve absorbed, noticed and researched just about everything the film has to offer, it’s just something we do with our favorite movies isn’t it? With the arrival of the internet and the massive surge in nostalgia for anything linked to 80s and 90s pop culture, even the smallest most easily ignored things can become the subject of debate, art, fan worship and intense interest.

Today’s interview answers a question that has been lurking in my head since 1984, since the very first time I watched Ghostbusters with my mum and brother. A question that didn’t need to be placed in my head by online discussion as an adult, it’s just always been there, because 9 year old kids can become fascinated with strange things I guess …

“Who was that VERY noticeable guy in the crowd at the end of Ghostbusters? The guy with the red hair who seemed SO excited to be there. The guy who made ME more excited for the final battle with Gozer simply because HE looked so excited!”

Every time I watch the movie he’s there – clapping, jumping up and down, and just making me grin. I’ll probably never get to interview Bill Murray about his time on the movie, but DAMN IT I was determined to talk to that well dressed gentleman who looked like he had just walked out of a Duran Duran music video!

His name is Eldo Ray Estes. He’s an Emmy winning makeup artist. He’s aged incredibly well (so much so that I had to check several times to make sure I wasn’t messaging the wrong person), and it was a genuine pleasure to be able to have a quick-fire Q&A with him about being in New York when the Ghostbusters were cleaning up the town! 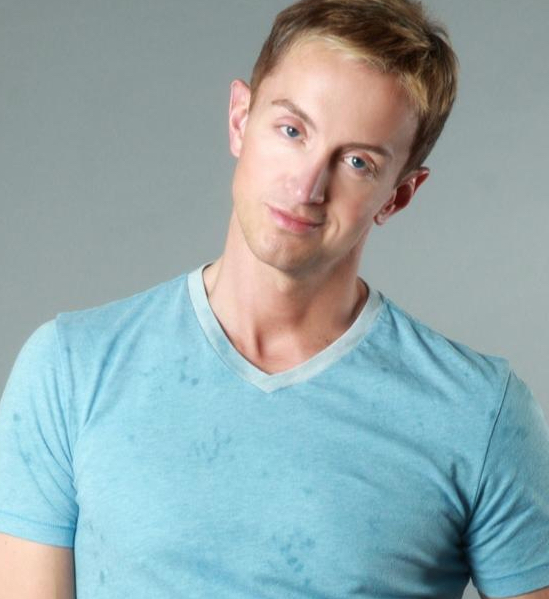 Halloween Love: First of all can you tell me a little bit about being in New York when Ghostbusters was being filmed. Was the city your home? And what was the atmosphere like during the early 1980s?

Eldo: I was in college when Ghostbusters was being filmed, living in Hell’s Kitchen with two roommates. I couldn’t begin to describe what the city was like back then – certainly edgier, and seemingly more exciting than now, but that is probably attributed as much to youth as reality. New York had certainly become my home, that’s for sure. I remember getting the call for the job. I had no idea what it was for exactly, but I was hired for four days at 50 dollars a day! I was, at the time, not in any Union.

HL: Scenes for the movie were filmed at multiple recognizable locations throughout the city. How aware were you of the movie being made? And did you have the chance to see any other ‘moments’ being shot before your involvement in the big finale?

Eldo: Those of us in the street scenes became friendly very fast, as often happens in these movie set situations. I remember none of us really knew anything about the movie other than what was happening at that very moment. I wasn’t really actively involved in the business yet as I was a student, so no, I wasn’t aware of the movie being made around the city prior to my reporting for work.

HL: Like many fans who love and study the movie, I noticed you in the crowd from the very first time I watched Ghostbusters on the big screen. Your enthusiastic response to seeing the guys really captures the excitement their arrival makes many feel. Were you given any direction by the crew regarding how to act?

Eldo: Direction given toward us was VERY simple. We did not know until seeing the finished film that a giant Marshmallow Man would be walking down Central Park West! But I was, obviously, determined to be seen as much as possible. :-)

HL: How long were you on-set during shooting? And was it interesting to watch the scenes being set up and filmed?

Eldo: I worked four days on the film in total. I was given a slight upgrade on the fourth day and was sent home early due to being seen clearly there at the barricades when the Ghostbusters exit the building, so I at least knew I would be seen once in the film! LOL … I recall the days being long, but we had a great time.

HL: How did you feel when you watched the movie for the first time and realized that you were very noticeable? I believe your voice is even heard at one point?

Eldo: Well, true story here: By the time the movie was released I had moved to Brooklyn with a friend. We both had to work on the release day so we decided to attend the first showing that Saturday. While she and I were walking from our apartment to the subway in Brooklyn, someone from across the street yelled “Ghostbusters” at me. I turned to my friend and said “WELL, I guess I’m in the movie!” I was recognized that entire summer. It was pretty crazy! I believe there are 11 different shots of me in the film, including that final shot. I can be seen running after the Ectomobile!

HL: Ghostbusters seems to become more popular with each passing year. What do you personally think was the key to its success? And is it a cool feeling to know you’ve been immortalized in a movie that will be watched and loved for generations to come?

Eldo: I think it was just about the top grossing movie of 1984? It’s really just a perfect film. One of those that you can stumble upon at any point while channel surfing and just jump right into it, like visiting old friends. I had no idea that I was considered such a major part of the movie until the internet came in to play! It is funny and flattering, and yeah… I am very proud of it.

I want to say a HUGE thank you to Eldo for taking some time to be involved. As strange as it might sound, getting a chance to communicate with him was a VERY big deal for me, and he couldn’t have been more polite and helpful.

Now, If I could just track down one of those guys dressed as a Rabbi …