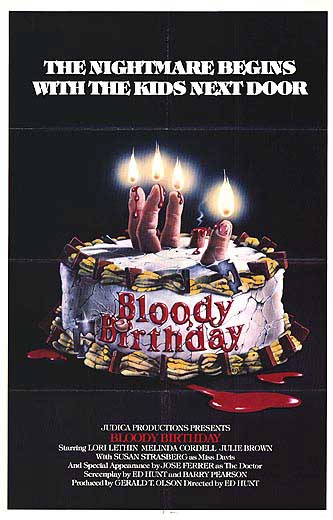 I collect VHS tapes. As long as it’s horror, or occasionally action. Or Sci-Fi. Or exploitation comedy. Ok, so I collect any VHS. If you ask my wife, she will tell you I have too many. But any horror fan will tell you that VHS is how we fell in love with the genre. It has a special place in the hearts of any self-respected child of the 80s and 90s. The classic box art, which rarely had anything to do with the movie itself, would draw you in, begging you to rent what may or may not be (most times not) the scariest movie you’ve ever seen.

One of the more iconic box arts, in my opinion, was that of Bloody Birthday. It always grabbed my interests, but never enough to get me to actually rent it. A few weeks back, a copy showed up on eBay (on VHS no less) & I got it for a steal.

Directed and co-written by Ed Hunt in 1981, this one was an odd bird that didn’t get the respect it deserved back in the day. Why? Because the main plot of the movie revolves around something that, even today, would be considered taboo in most circles: KIDS WHO KILL. 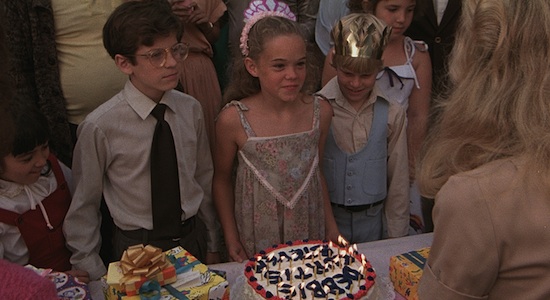 Meet Debbie, Steven & Curtis. These three 10-year-olds go on an indiscriminate killing spree, for no reason other than fun. All three of them born on the same day, at the same time. Which happened to be during an eclipse. Very reminiscent of Village of the Damned. Minus the white hair and creepy eyes. 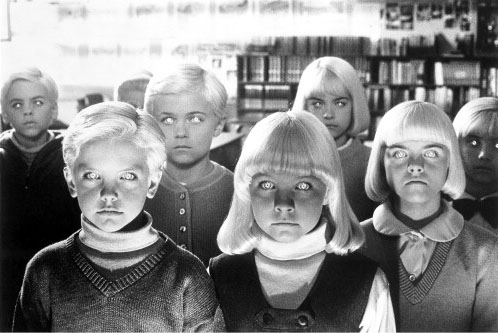 According to Joyce, high school senior and budding astrologist, the eclipse blocked Saturn, causing the children to be born into this world without a conscience. Joyce’s best friend happens to be Debbie’s older sister whom Debbie lets neighborhood boys peep at for 25 cents through a hole in Debbie’s closet. After the boobies, they really waste no time with the kills. Debbie likes setting traps, Curtis likes his revolver (why does this kid have a gun bigger than him?) and Steven likes knives. People start dropping, including Debbie’s dad, the sheriff and the teacher no one likes. 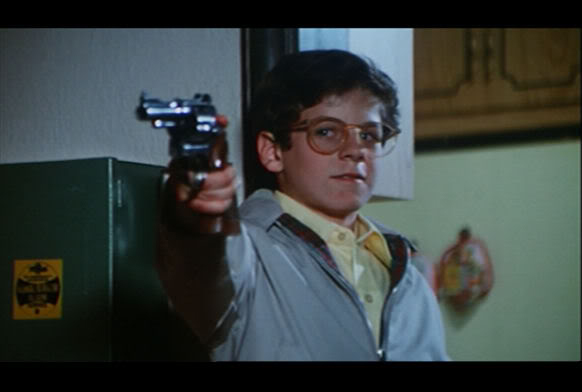 Seriously, look at that friggin’ gun

I really liked that this movie didn’t let you forget that these kids are kids. They make mistakes, come close to getting caught and lie their way out of everything. Of course, they do get caught in the end. Debbie has the good sense to lie and blame the two boys. She and her mother run away to avoid being caught up in the town scandal and we see them take on new names as the credits roll. But not before we see that Debbie continues to kill without her male counterparts.

This truly is a fun, well paced flick. The whole “killer kids” motif is what kept me from it in the past. Once I finally got around to watching it, though, I see what I had been missing. And whether you like it or not, you’ve got to admit, that’s some creative box art.